I recently spent four long days pedaling around the Czech Republic aboard Cannondale’s long travel Jekyll 29er, on a wide variety of trails. The 150mm bike was a blast to ride. Get the short-term scoop below. 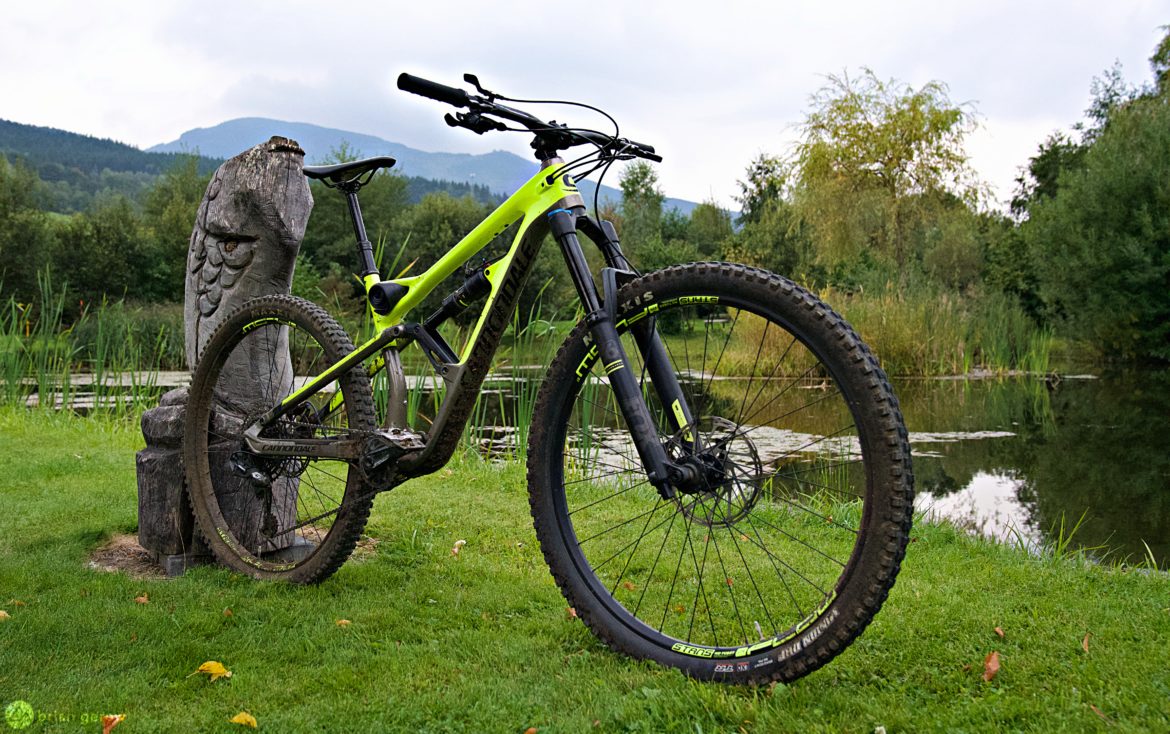 I decided not to look at the geometry table prior to riding this bike, and simply set up the suspension and went off into the forest. The overall feel of the Jekyll 29 is well in line with its measurements, and there were no surprises when I checked the Cannondale page once I arrived home.

For starters, the Jekyll climbs laughably well. With the shock’s compression switched to open and the sag set, it feels like a much shorter travel machine. If there were a way to drop 10lbs. from the build I would even say it could be a sweet XC race bike, given its climbing characteristics. There is very little pedal-bob, and the rear tire stays pleasantly planted while pedaling through rougher tread. The crew I was riding with were all reasonably fit cyclists, and we hit the top of every last climb with an extra burn in our legs. I was happy to ascend on the Jekyll while my mates bobbed about on shorter travel bikes.

The trip from the mountain peak to the parking lot was a different story entirely. The gravity-designed suspension system simply does its job well, without any surprising caveats. The bike seemed to ride better the more I released the brakes, and it also performed well in some slower rock garden descents.

I now know that the Jekyll has a 65° headtube angle, a 440mm reach (size M), and a pair of 442mm chainstays out back. I typically prefer bikes with reach measurements that outstretch the chainstay length but in this case, the balanced rear and center work well together. The bike was surprisingly easy to manual through drainage ditches and over logs, which is a characteristic I would not expect from a frame with these slightly longer chainstays.

A number of the trails we rode were reasonably rowdy and the Jekyll proved a decent tool for “making flow” through the deep roots and stones below, provided I maintained enough speed. The rear end did hang up, or stall, a number of times in smaller rollers and compressions. When I would pump hard with my feet through a compression it felt like I hit the brakes slightly, which I hadn’t. This could likely be solved by further tuning the suspension during a longer test, though it is worth noting.

The Jekyll uses a 150mm single-pivot rear suspension design, keeping things simple and tidy. In my experience, single-pivot bikes need to be ridden at a fairly high speed to keep from hanging up on square edge obstacles and wheel-size compressions. I definitely need more time on the bike to know if a shock tune will sort out the stalling.

The build on the Jekyll model I rode wasn’t begging for upgrades, though It does not seem to be a stock configuration. The rental bike had a carbon front triangle, and alloy rear, and all of the Carbon bikes on Cannondale’s website come equipped with a Fox DPX2 shock. This model had a Fox DPS shock, among other non-stock components.

The SRAM Guide R brakes felt a bit underpowered for such a capable whip, but that may have been a service issue. The bike had been well used throughout the summer, and some of the components were ready for their autumnal service.

Overall I enjoyed my time with the brightly painted Cannondale, and I hope to hang out more with the Jekyll more in the future. It felt like a great bike for nearly any style of mountain riding.