e*thirteen has announced a radically improved version of their TRS+ dropper post. What’s so much better? Well, for starters, e*thirteen has increased the travel length of the TRS+ from 150mm to 170mm, and they’ve done so while still decreasing the overall length of the post. As you probably know, the amount of post that needs to be inserted into the frame can be a limiting factor on many bikes, so increasing post drop while decreasing overall length is a seriously impressive feat.

e*thirteen claims that this engineering magic was made possible “by simplifying the bushing layout and reducing the length of our cable hanger.” We’re told the internals are still easy to work on and maintain, since the post “uses the same fully mechanical, coil sprung, cable-actuated internals that don’t require bleeds, won’t sag out, and can be serviced at home with a basic set of tools,” according to e*thirteen. “With less internals, there’s also less to go wrong. To top it off, we’ve updated many of our existing internals to better function in both short and long term.” 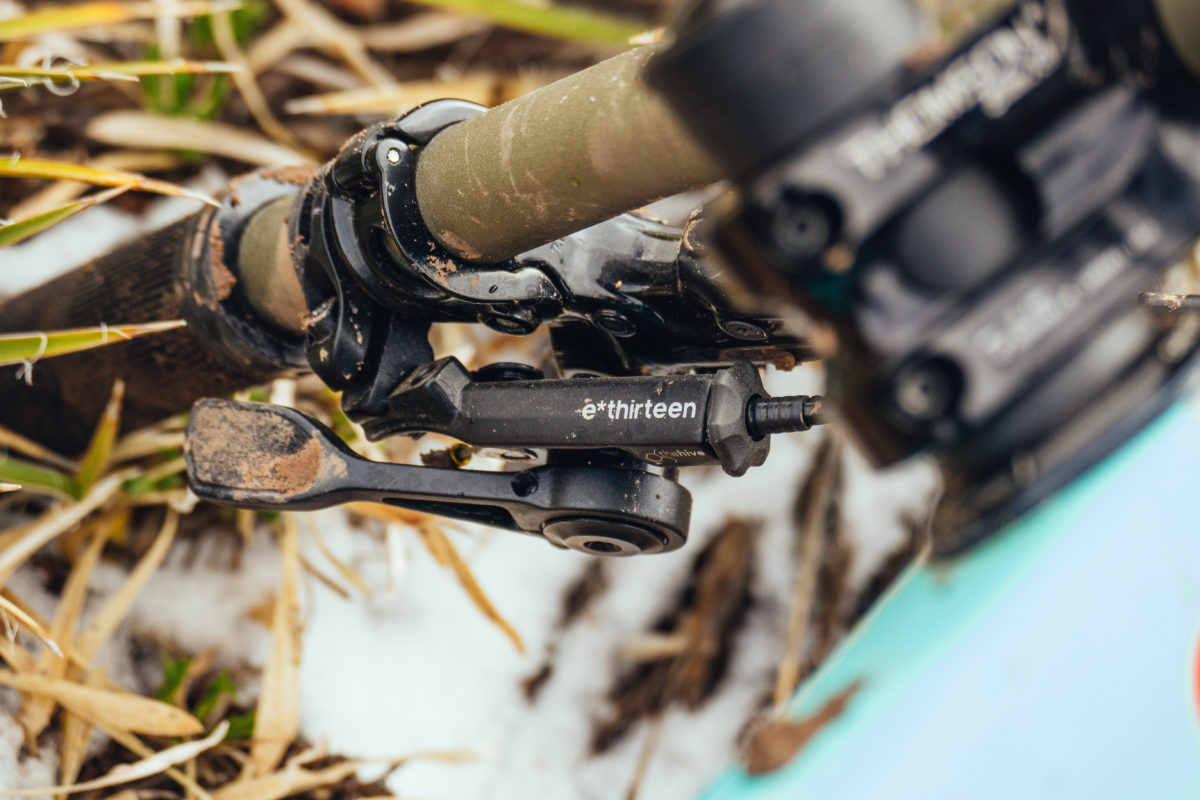 Perhaps the best news has to be the price, which is still just $279. The updated posts are set to ship in mid-March.

Gear
New Ibis Exie Cross-Country MTB Frame is Made in Their...
Gear
A Peek at the Specialized S-Works Stumpjumper for the Upcoming...
Gear
Do You Wear Bike-Specific Baggy Shorts for MTB?
Community
3 Takeaways from Olympics MTB and Why XC is the...
Subscribe
Login
Please login to comment
1 Comment
Most Voted
Newest Oldest
Inline Feedbacks
View all comments

Everything about the pre existing 150mm is pretty good , especially the lever. except that it stroke length is nuts. Even bottomed out, too tall for me , I use second setting. Something should be said however for its reliability in super cold temps where it has zero issues. A solid post for sure.