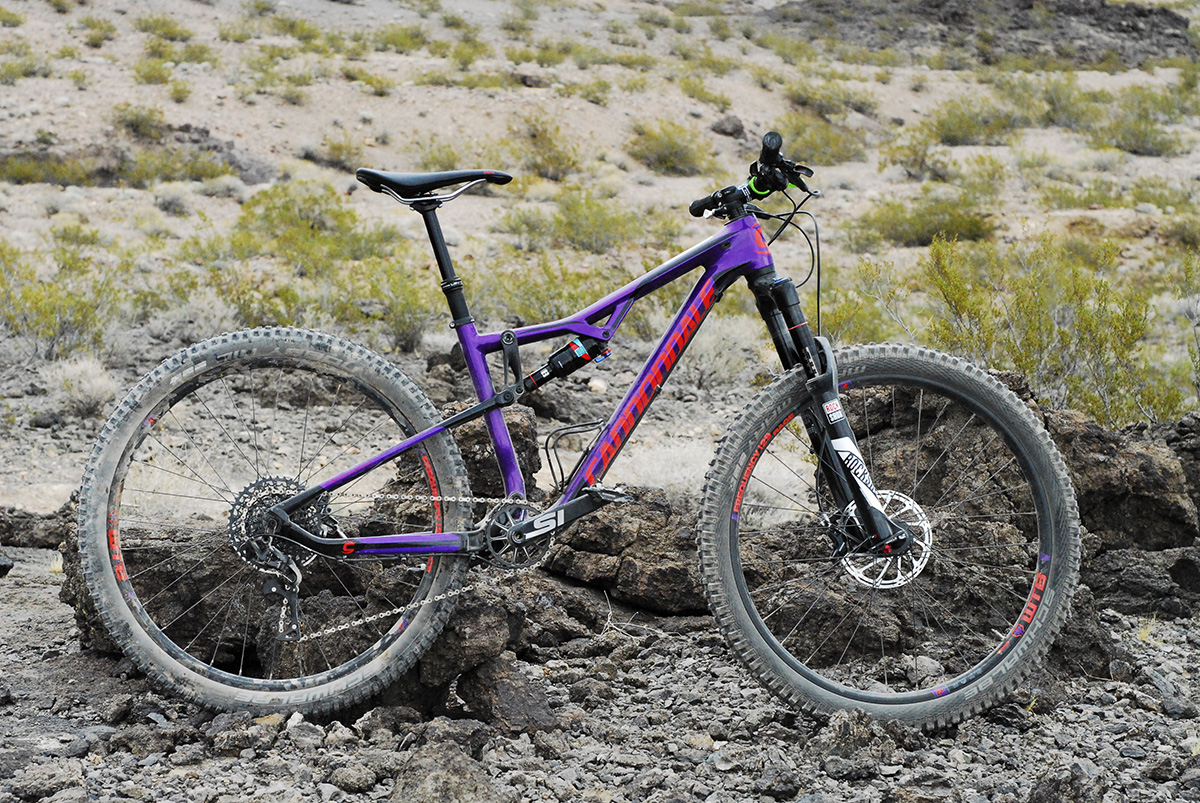 The 2017 Cannondale Habit Carbon SE is definitely a good-looking bike, especially if you like purple. It’s categorized as a do-it-all trail bike that is “playful, agile, and ultra-capable.” Sounds pretty great, right? After standing in line for way too long at Outdoor Demo, I finally got to swing a leg over the Habit and take it for a quick test ride.

One item that I noted immediately immediately is that the Habit Carbon SE does not come with the distinctive Lefty strut. While it has in the past, this year, Cannondale decided to equip this model with a RockShox Pike fork instead, upping the travel from 120 to 130mm up front. I was a little disappointed that I didn’t get to try out the Lefty, simply because I’ve never ridden one and I always wondered if it would feel weird, but I like the Pike, and the extra travel suits this bike well. However, the more expensive Habit Carbon 2 and Habit Carbon 1 models come with the Lefty.

The Carbon SE also comes specced with 120mm of rear travel via a Fox Float DPS shock, and a Fox Transfer 150mm dropper (or 125mm on the size small, which is what I tested). A SRAM X1 11-speed drivetrain and 30t chainring up front offer a wide range of gears. 2.35″ Schwalbe Magic Mary (front) and Nobby Nic (rear) tires on WTB rims and SRAM Guide R brakes complete the package that will retail around $4,200. 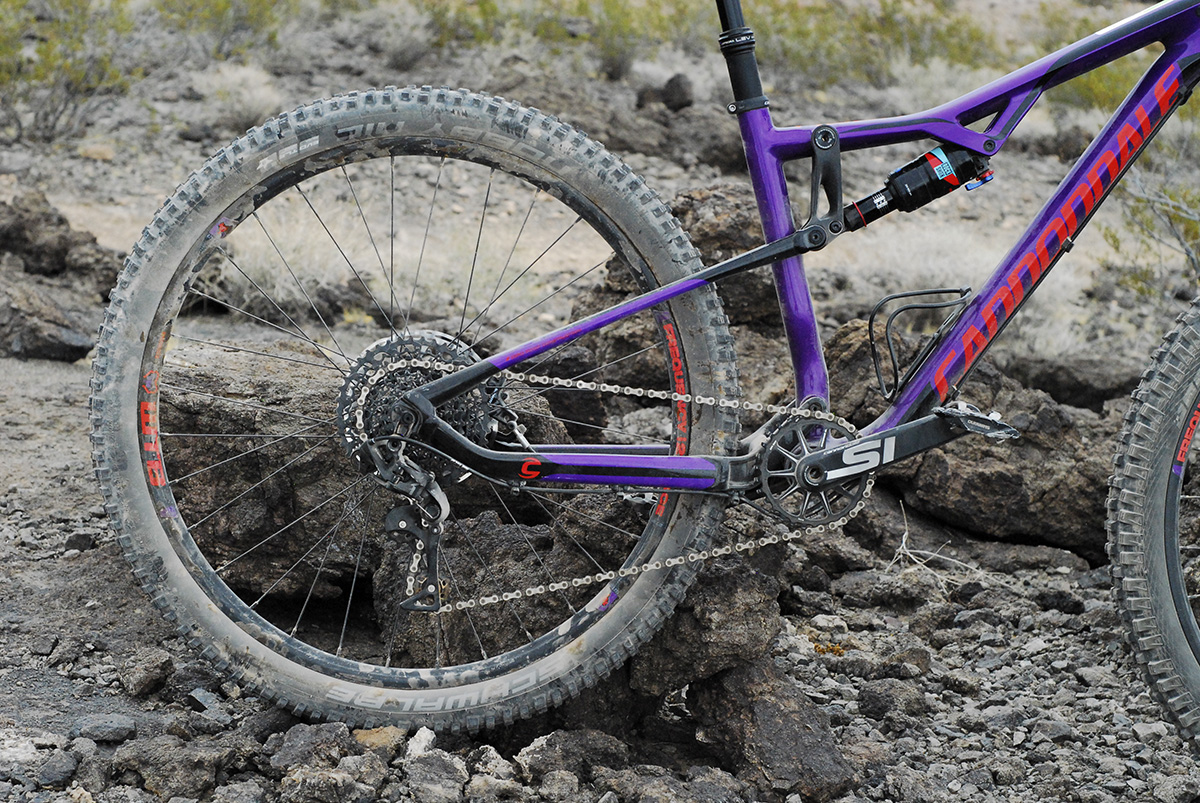 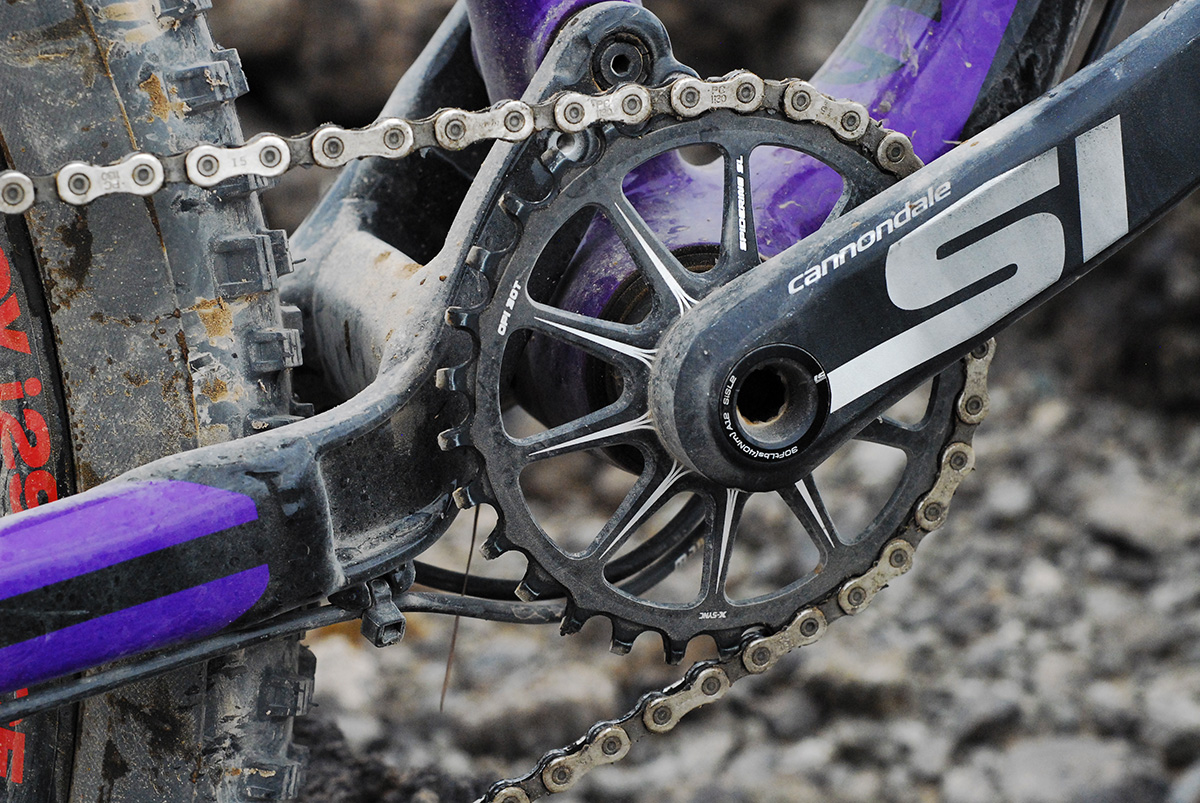 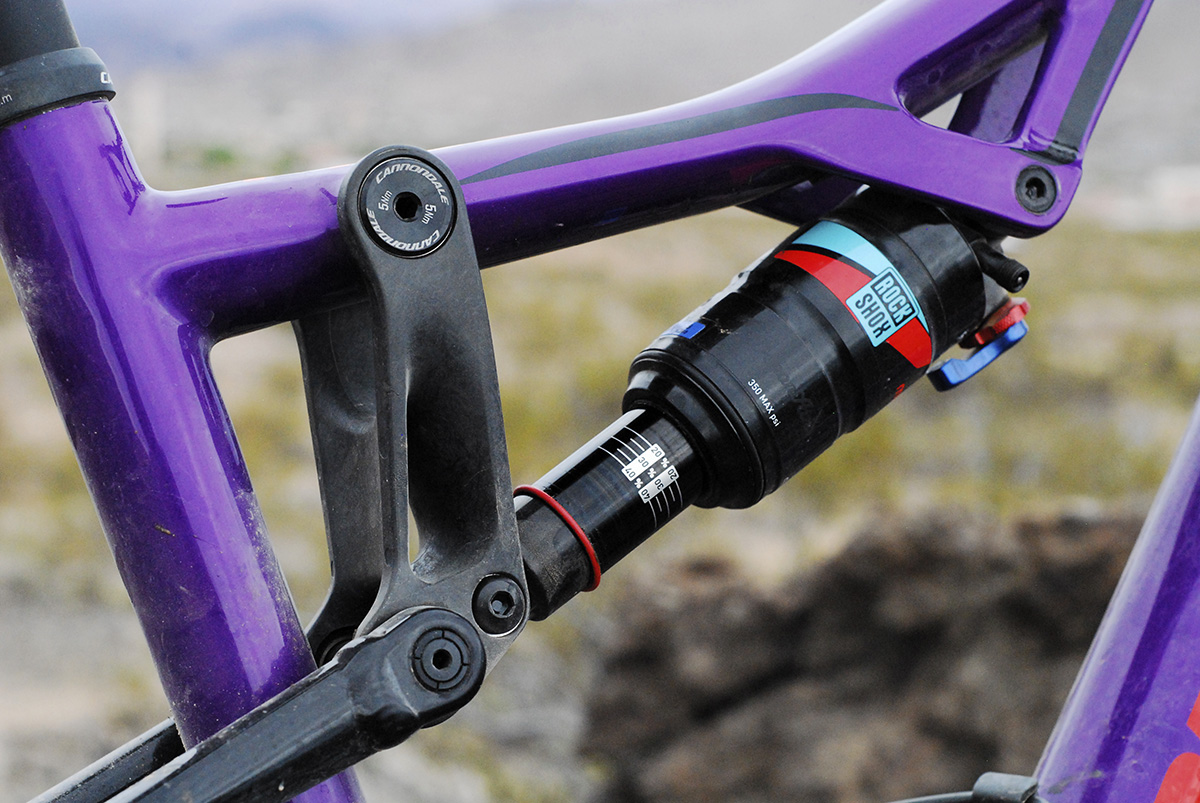 The frame features a carbon front triangle and alloy rear, with a carbon shock linkage that adds lateral stiffness while shedding a small amount of weight (100g).

On the trail, I was at first thrown by the skinnier tires–after all, the Habit ended up being the only bike I rode at Outdoor Demo that was not plus-sized. It didn’t take too long to adapt though, and this trail bike certainly held its own for being slim. It climbed like a goat, and descended surprisingly well. It felt light, playful, and snappy–a mix of cross-country speed and trail capability. I realized that it took me so long to get the bike because the guys and gals at the Cannondale booth do a thorough job of making sure suspension is dialed for each individual rider (at least as best they can under the high-pressure circumstances), and that’s something I definitely appreciated during my ride.

While I don’t generally like Schwalbe tires, the Magic Mary’s big knobs kept me going where I wanted to and seemed a little beefier than a lot of the company’s other offerings. Another seemingly-minor but notable detail is the Fabric saddle. Of course, it’s hard to say all that much about the comfort of a saddle without spending a considerable amount of time on a bike, but based on my quick ride, I’m a fan. 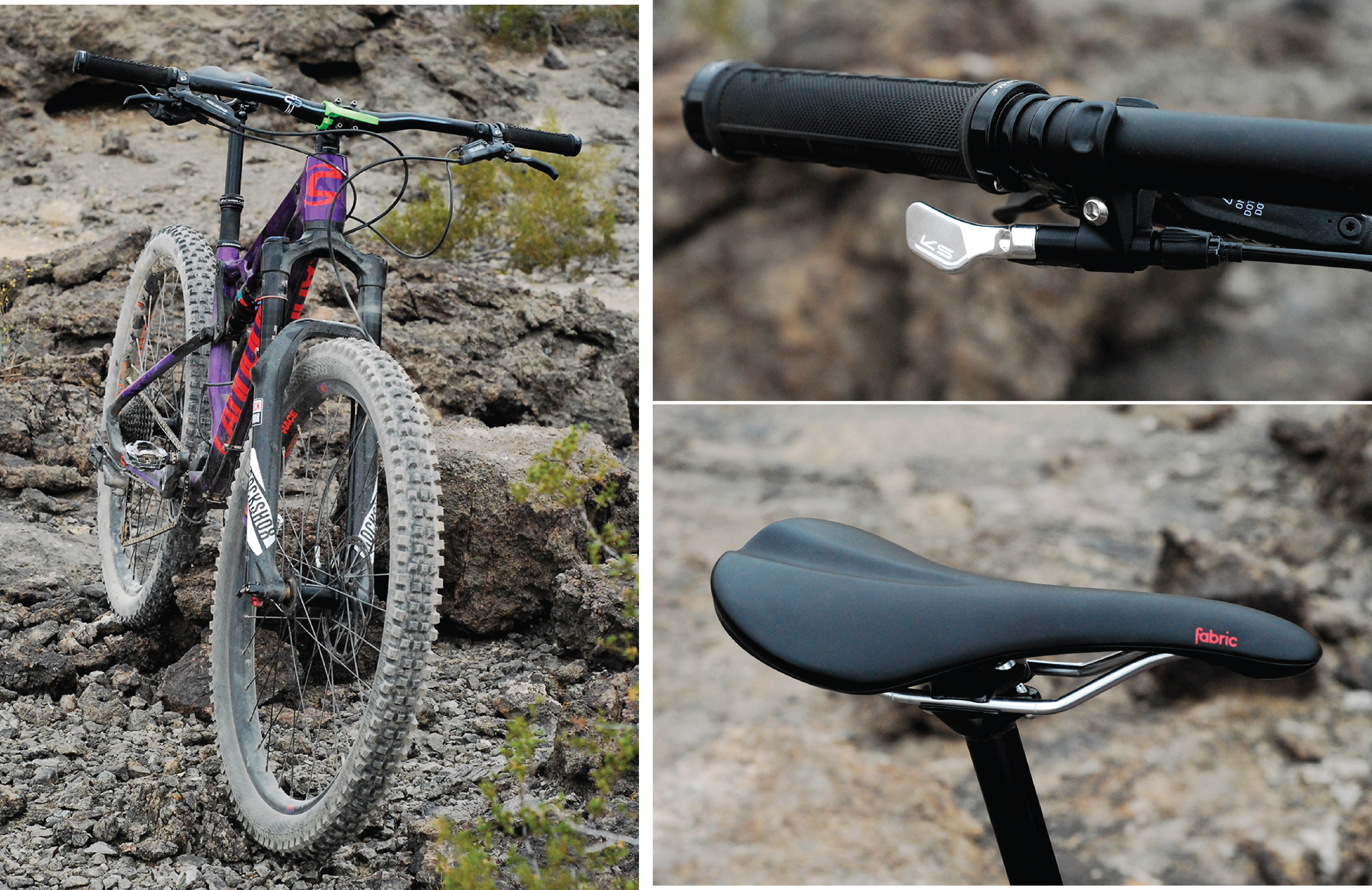 Despite the fact that I got used to the “normal-size” tires over the course of a couple miles, I’m just so used to plus treads now that it’s still hard to go back. But that’s why Cannondale offers the Bad Habit, which Jeff rode at Outdoor Demo. Check out his thoughts on the Habit’s chubby brother.

Of course, as with any test ride review, keep in mind that I only rode this bike briefly on just a couple different trails, but overall, this was a really fun bike that handled everything I encountered in Bootleg Canyon with ease.