BH is a brand that those outside of Europe may not be familiar with, but the Spanish company offers an impressive line of mountain bikes covering everything from XC to enduro.  I took a Lynx Race RC Carbon for a quick test ride last month and here’s what I learned.

The Lynx Race RC is designed for XC and marathon mountain bike racing. This type of racing seems to be more popular in Europe than it is here in the USA, and it’s clear BH is targeting the competitive rider with this build and feature set. 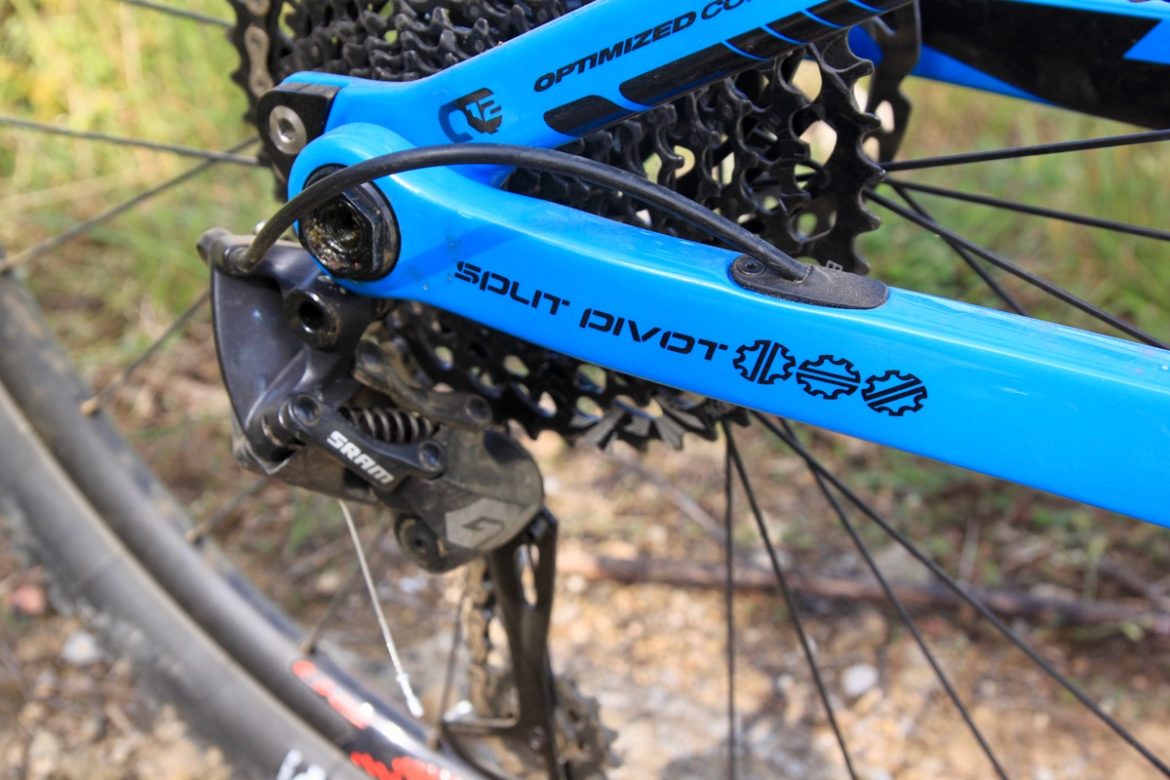 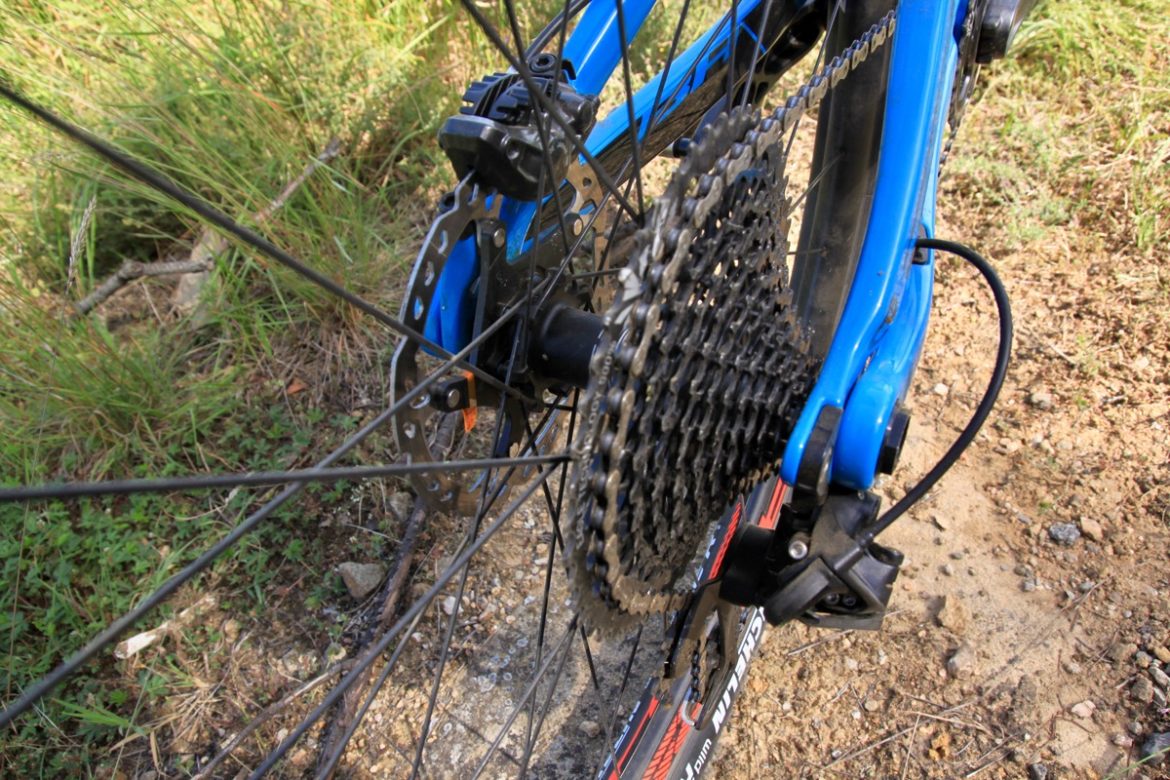 Starting at the frame, BH employs a Split Pivot suspension design, which basically reduces suspension feedback from braking and acceleration forces. Placing one of the pivots at the dropout also gives the frame a super clean look, as does the intelligent internal cable routing. The Lynx Race offers 100mm of travel both front and rear. 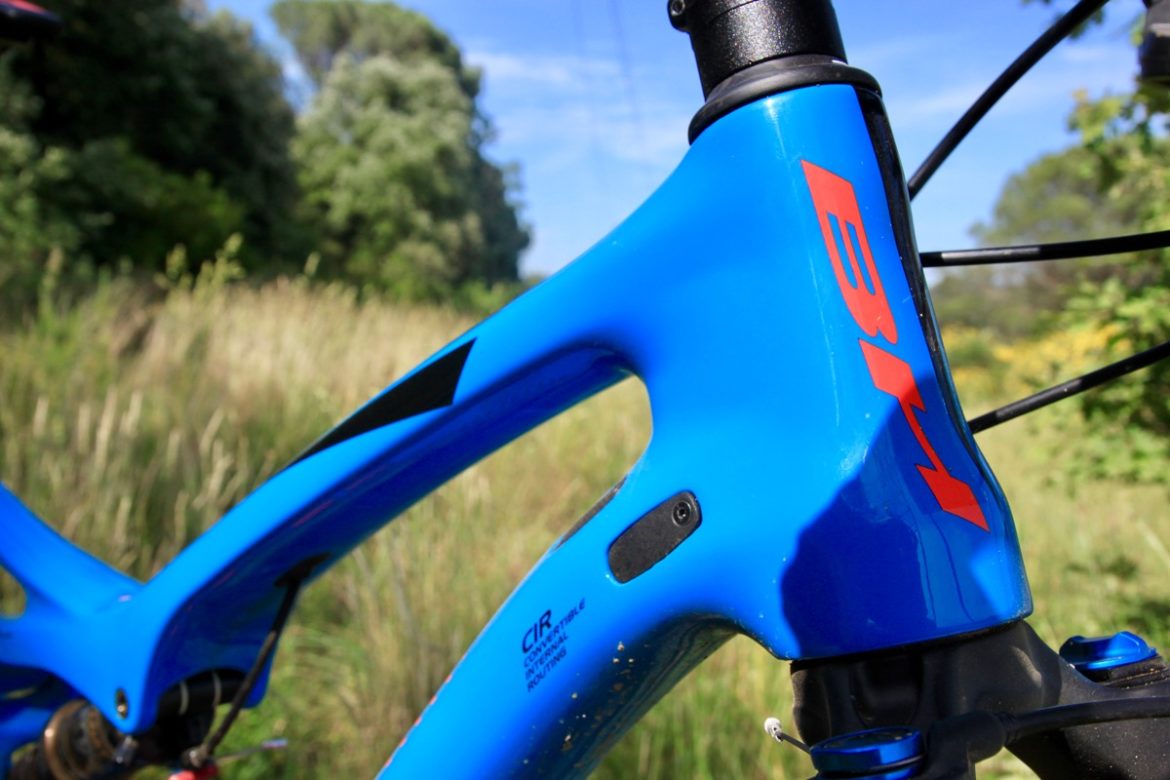 A 68.5-degree headtube angle promises to make the Lynx Race an excellent climber, yet doesn’t leave the front end isn’t overly stiff or upright. The chainstays are super short at 426mm, which is well below average for a trail bike, let alone an XC whip.

Naturally the Lynx Race features a Boost-spaced rear end, which BH says allows 27.5+ wheel compatibility. This seems like a weird “feature” to advertise for an XC/Marathon race bike, but I’m sure there are people out there who might appreciate the option of running wide tires outside of race day. 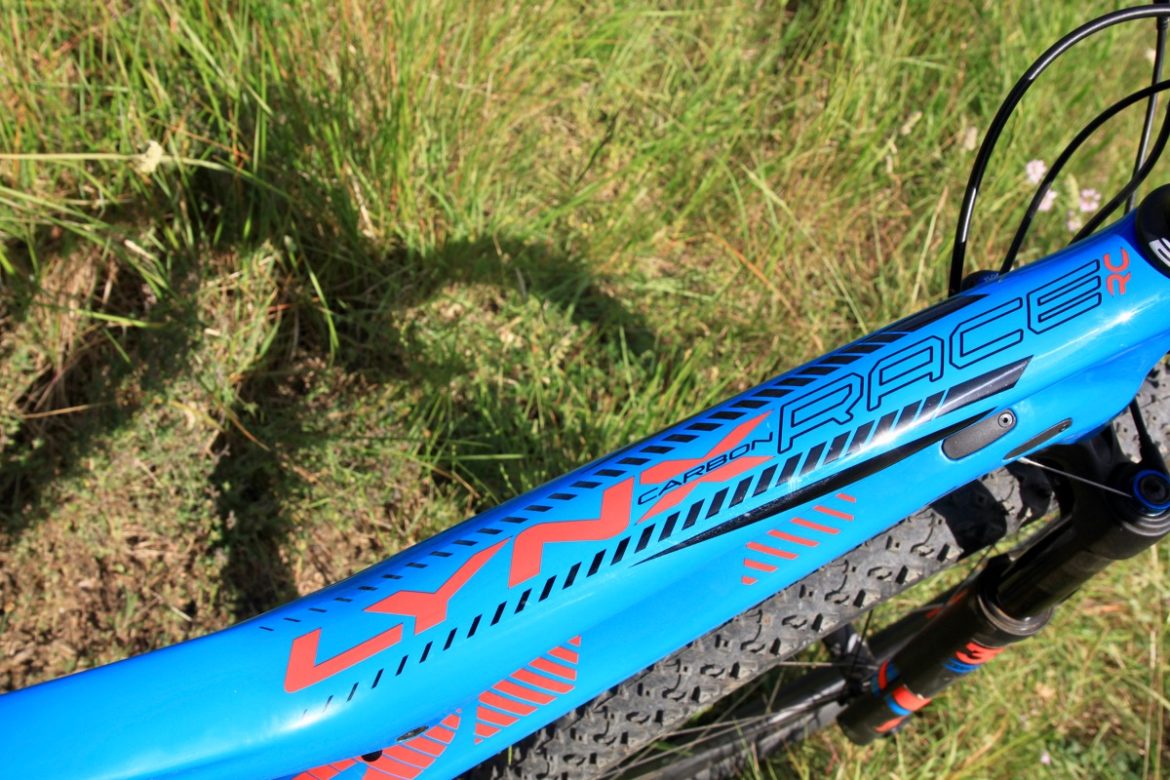 The carbon frame features a monocoque construction and has been optimized to save weight wherever possible. 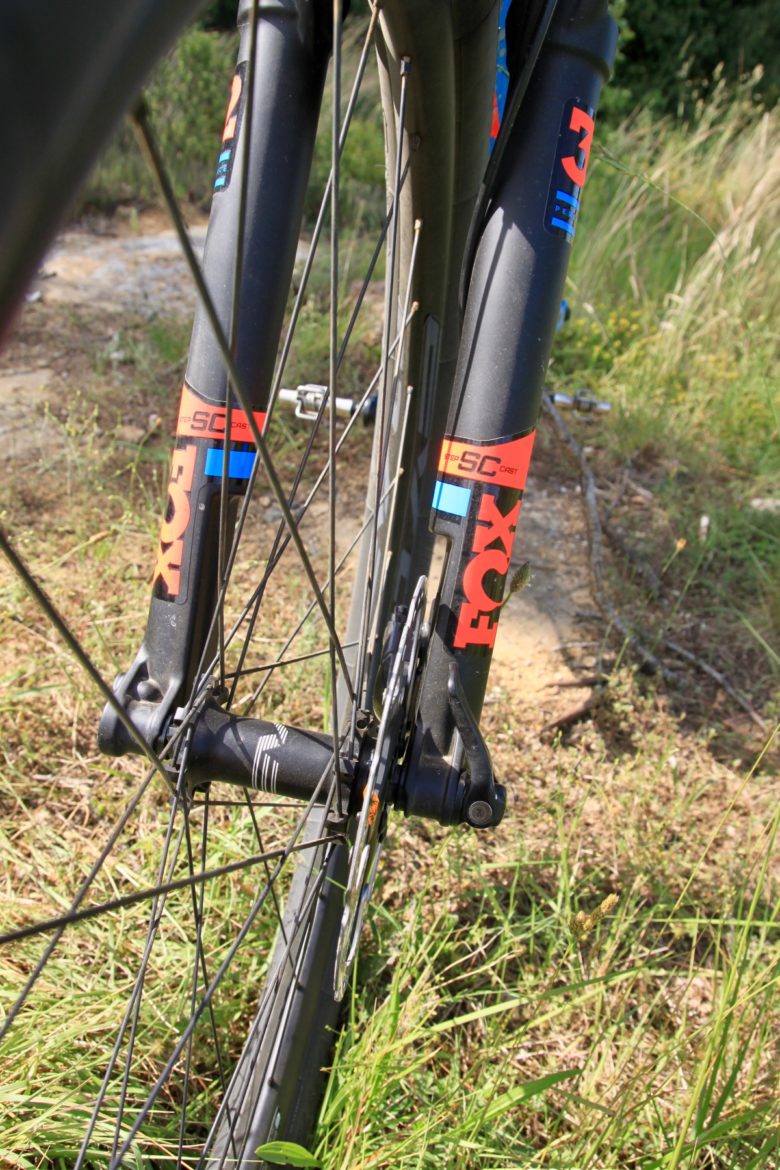 BH chose to skip a dropper post on this build, instead opting for the weight savings of a carbon seatpost. The frame does in fact feature routing for a dropper post if buyers want to go that route. I should research this a bit more, but I suspect many XC racers, at least here in the USA, are actually choosing to run dropper posts on their bikes, because they’ve found the performance benefits outweigh the weight penalty. 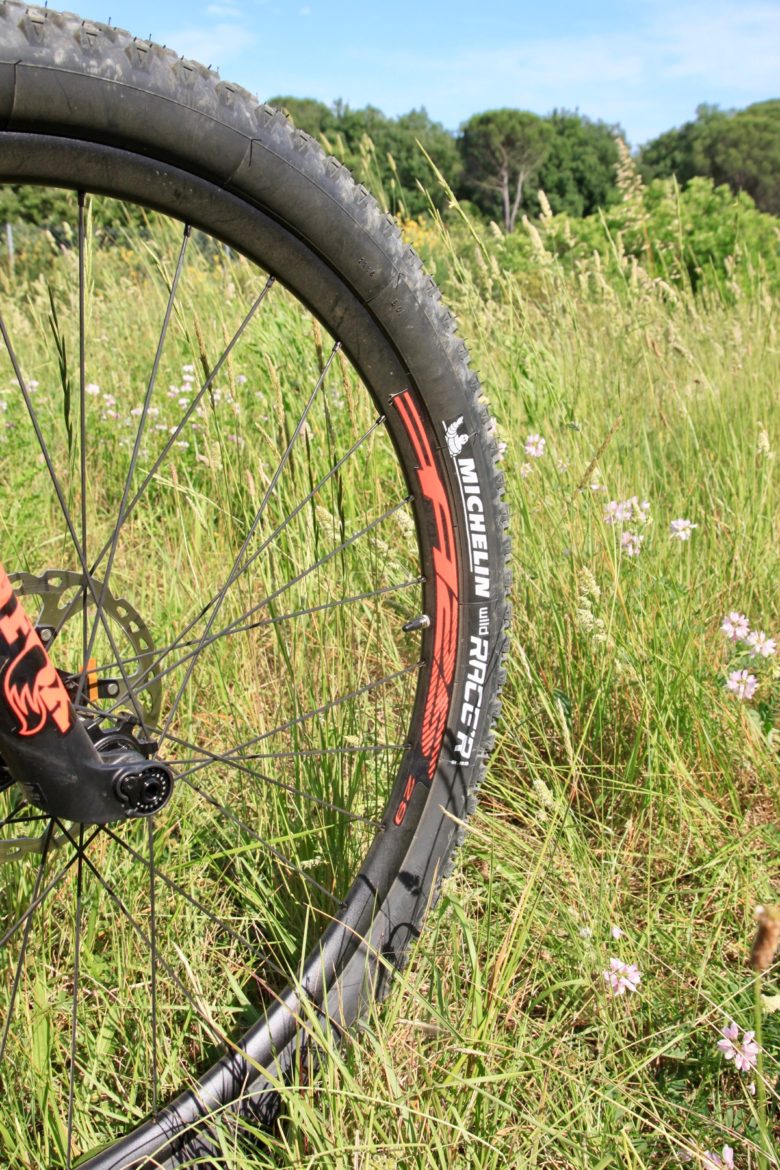 The Lynx Race RC Carbon features 29x.2.25″ Michelin Wild Race’R tires.  These are fast rollers for sure, though it’s interesting to note that Michelin also uses this tread pattern for a similarly-named tire marketed to freestyle riders. 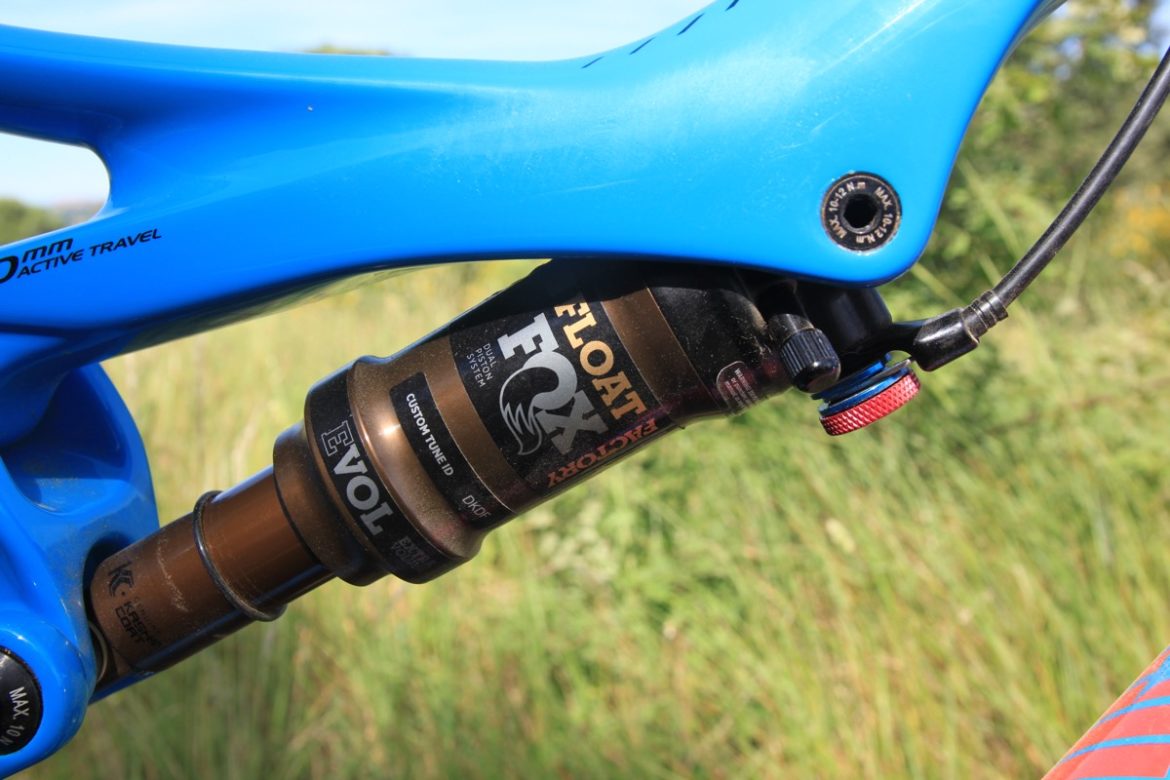 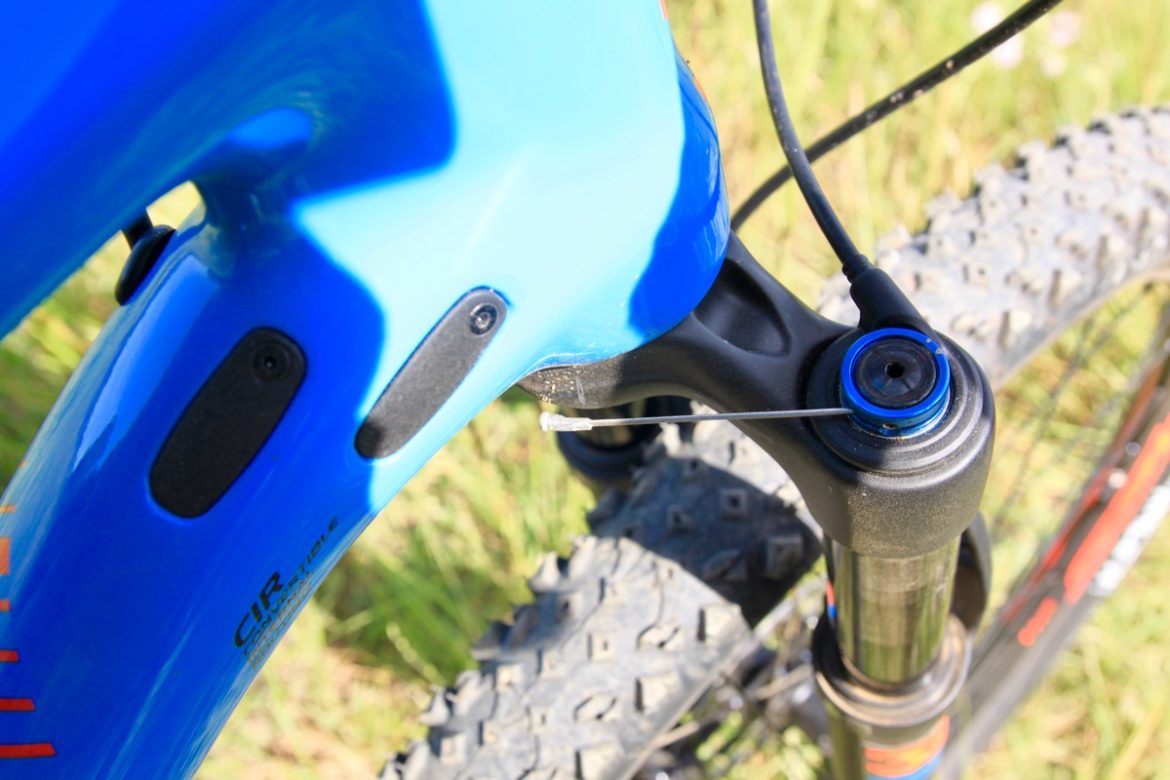 Out on the trails, I found the BH Lynx Race RC Carbon climbed like a breeze, no surprise there. It’s a lightweight bike that’s stiff, proving instantly responsive to every pedal input. BH sets up the bike with a remote to toggle both the fork and shock lockouts at the same time, which I found to be super convenient. After riding bikes trending toward the enduro end of the spectrum earlier in the day, the light weight, combined with the ability to basically mute the suspension on the climbs, almost felt like cheating.

Through twisting, pedally sections of singletrack the short chainstays really proved their worth. Of course most XC and Marathon race courses don’t feature a lot of tight turns (the better to keep them spectator-friendly), however racers do need the ability to weave in and out of traffic during a race, particularly at the beginning in a crowded field. The Lynx Race certainly seems to excel at quick, punchy moves.

Before pointing the Lynx Race downhill, I had to make an adjustment. Fortunately, the Lynx Race RC includes a quick-release seatpost collar! Let me take a moment to dissect this.

Contrary to popular belief, the quick-release seatpost collar was not designed to make sharing a bike among disparately-sized riders easier. Somewhere along the line (perhaps in the early 2000s) someone got the weight-saving idea of swapping out the quick-release lever for a simple hex bolt. People don’t generally share bikes, so set the seat height once with a tool and you never have to fiddle with it again, right? Wrong.

So essentially, BH substituted a quick release seatpost collar for a dropper post. Sure, this adds weight over a hex-bolt collar, but it saves a ton of weight over a dropper. Personally I’m OK with going all-in and sucking up the weight of a dropper post, but clearly not everyone agrees.

And with that, I found myself stopping just before a descent, on more than one occasion during my test ride, to lower my seat. Admittedly I don’t have a lot of practice doing this, so it cost me some serious time. But I believe I more than made up for it by riding faster and more confidently on the descents. 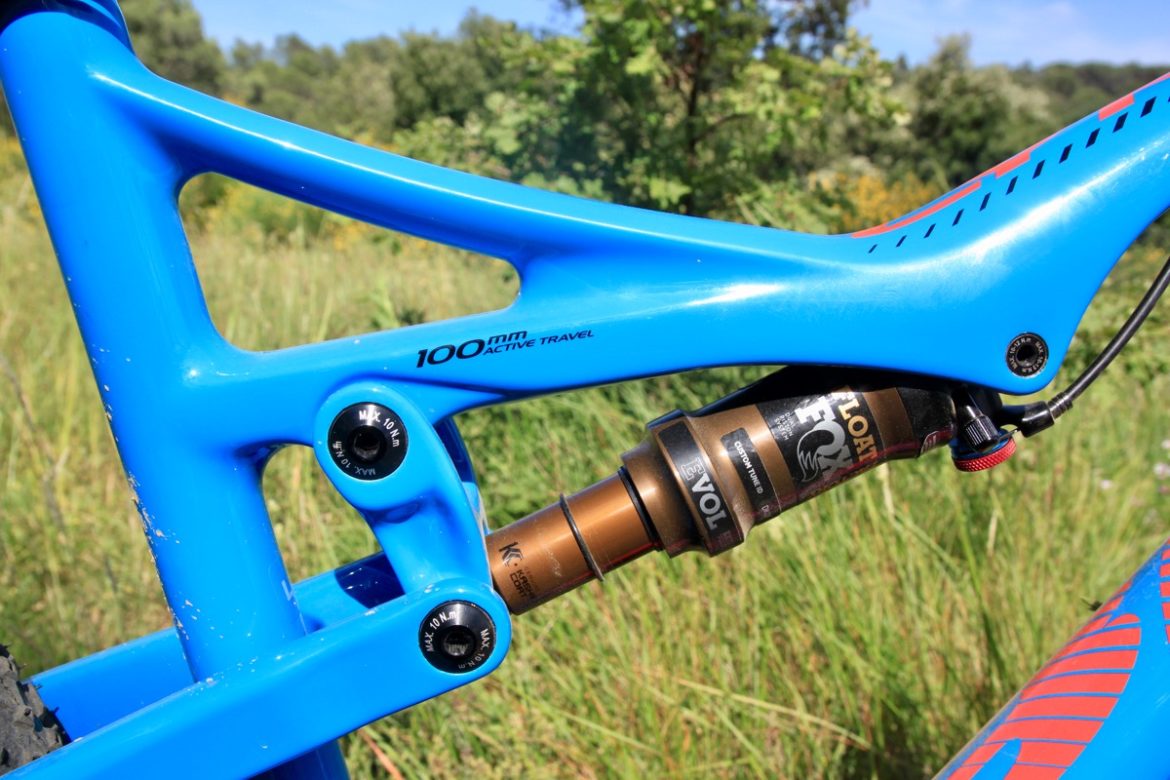 The suspension performed really well on the downs, no doubt helped along by the reduced stiction offered by the Kashima-coated DPS shock. It’s the tires, in fact, that seem to be the limiting factor in really pushing speed on the descents. That’s good, because tires are meant to be swapped out depending on the course and the conditions. Having a suspension setup with seemingly more to give is always a nice feeling.

It’s clear BH makes great bikes and puts a lot of thought into their mountain bike builds. The Lynx Race RC Carbon seems like an excellent choice for both aspiring and pro racers alike, or even those who just want to clock endless miles of singletrack.