It was almost exactly a year ago when the interwebs started buzzing about a new concept bike which paired a 95mm rear suspension frame to a plus-sized 27.5-inch wheel. Making things even more interesting, it was rumored to be purpose-built for bikepacking. That bike, the Rocky Mountain Sherpa, had forums and comment boxes filled with chatter and speculation. The biggest question, one answered today, was would they actually put it into production? They have done just that.

Revealed at Sea Otter in its final form, the production model is nearly identical to the concept bike of last year. The obvious departure is purely aesthetic: gone is the exotic multicolored custom paint, swapped for an equally-striking gold rendering of a Nepalese snow lion over bare carbon. Pretty as it is, there is far more to this bike than snappy graphics. 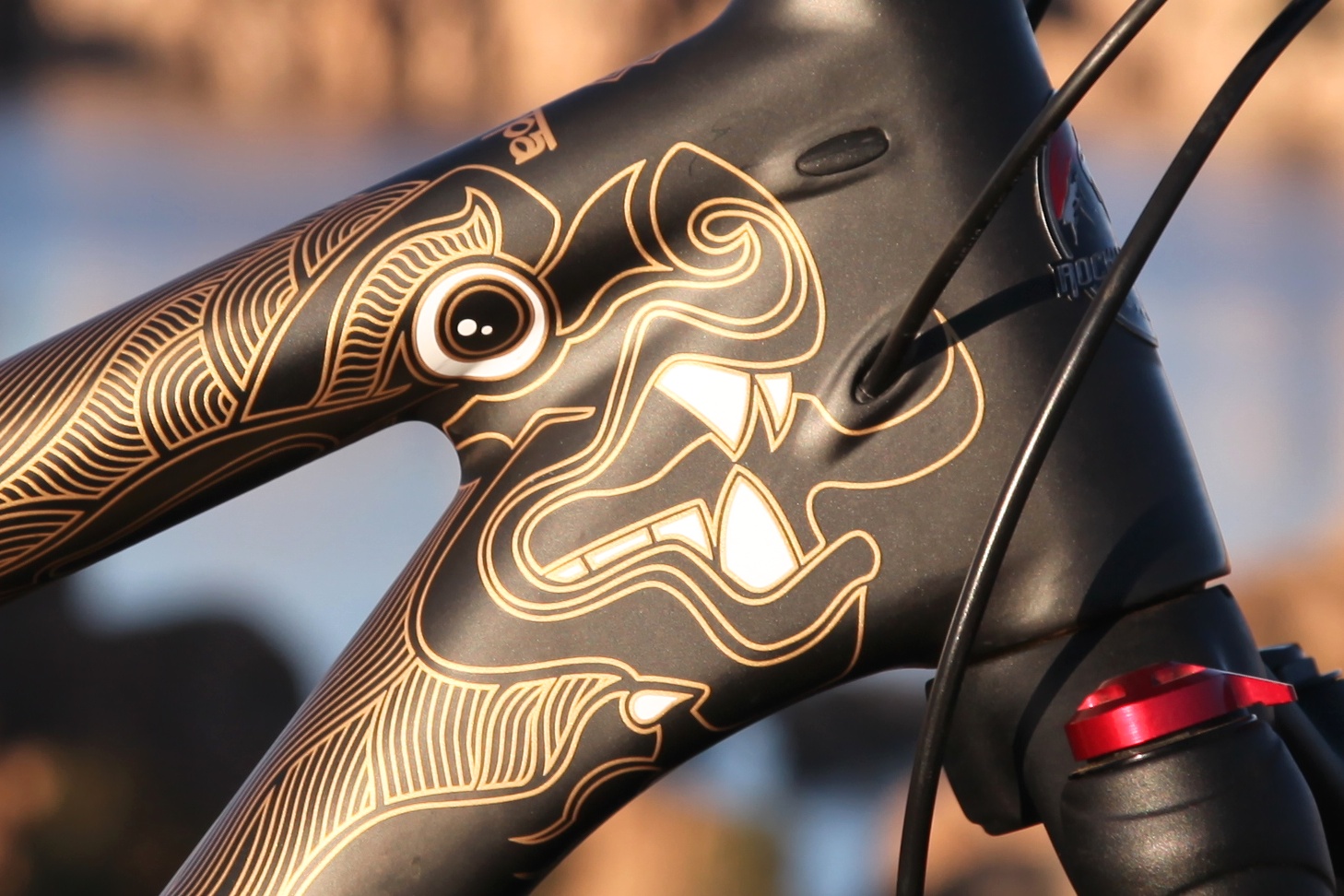 Built around Rocky Mountain’s proven Element full carbon fiber main frame, the Sherpa’s new rear half is designed to offer greater clearance for the plus-sized tires. Those tires are WTB Trailblazers mounted to WTB Scraper 45mm rims. The Trailblazer is an ideal tire for this platform, as the central linked tread gives the tire a swift roll for knocking down big miles. The 27.5-inch diameter rim paired to the wider 2.8 tires gives the Sherpa the effective roll-out of a standard 29er but with all the benefits of a higher-volume tire. When fully loaded and traversing rough and unstable terrain, the Sherpa remains planted for confident cornering and improved traction. 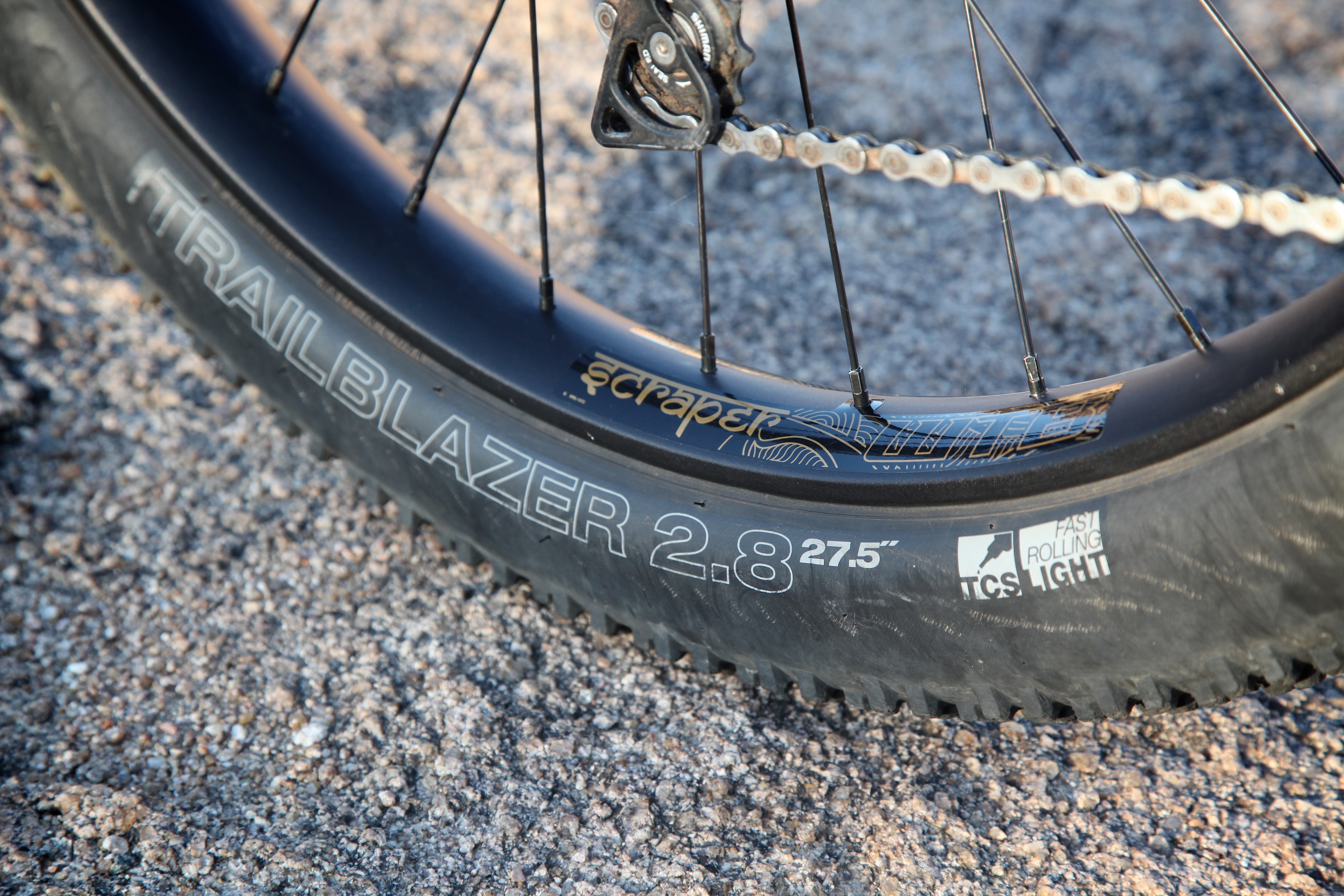 Up front, the Sherpa uses a new Manitou Magnum 27.5+ fork, designed to provide the necessary tire clearance and desired 120mm travel length. Drivetrain components are supplied by Shimano and include a mix of SLX and XT parts matched to Race Face Turbine cranks. At a time when an increasing number of bikes are being packaged with 1x drivetrains, the Sherpa is fitted with a 2×10. The rationale here is to give the loaded tourer maximum gear combinations for the most efficient pedaling. It’s easy to forget the merits of a 2x system, one of which is the ability to dump gears quickly from big to small ring with a single click of a button–a handy feature with a few extra pounds on board. 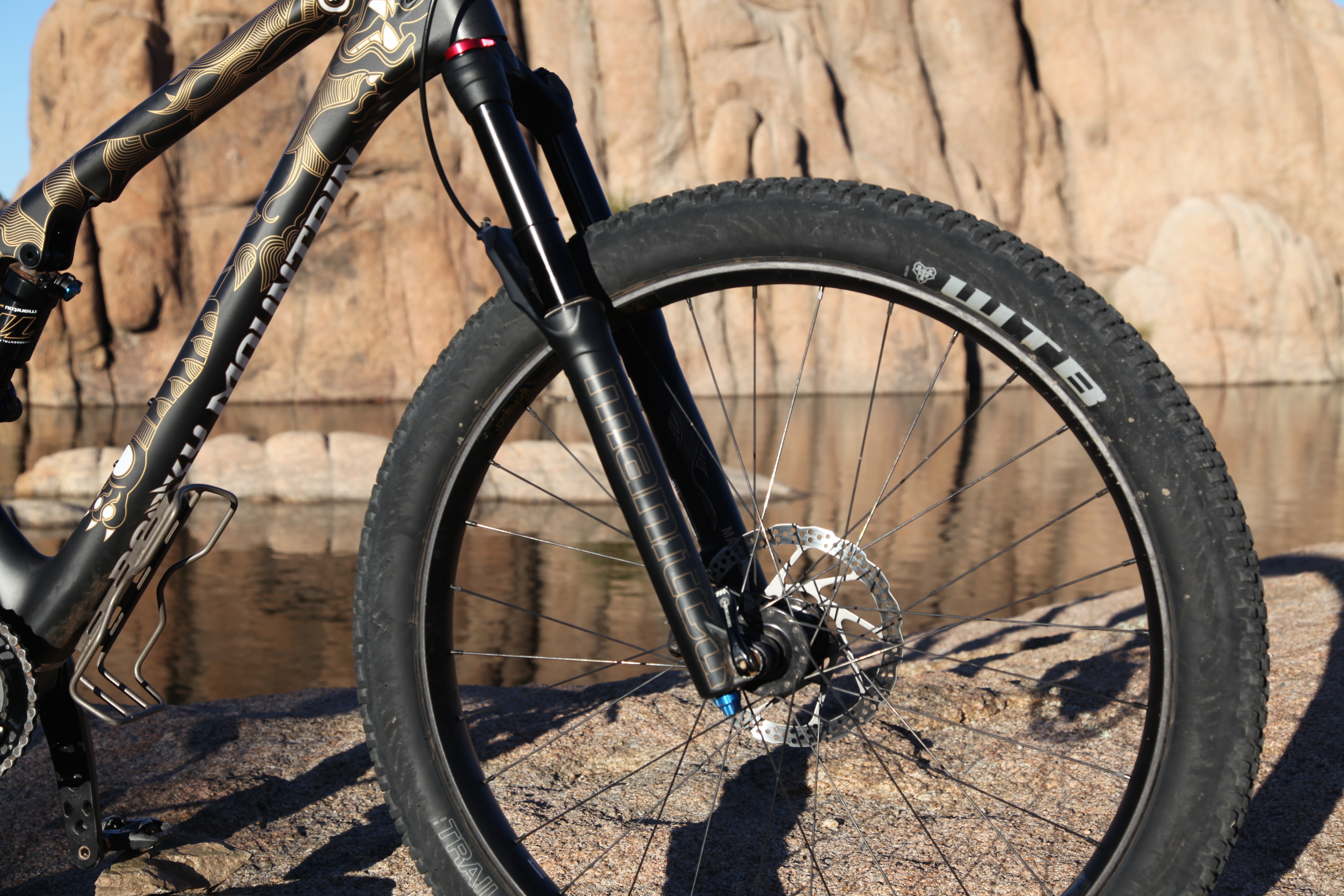 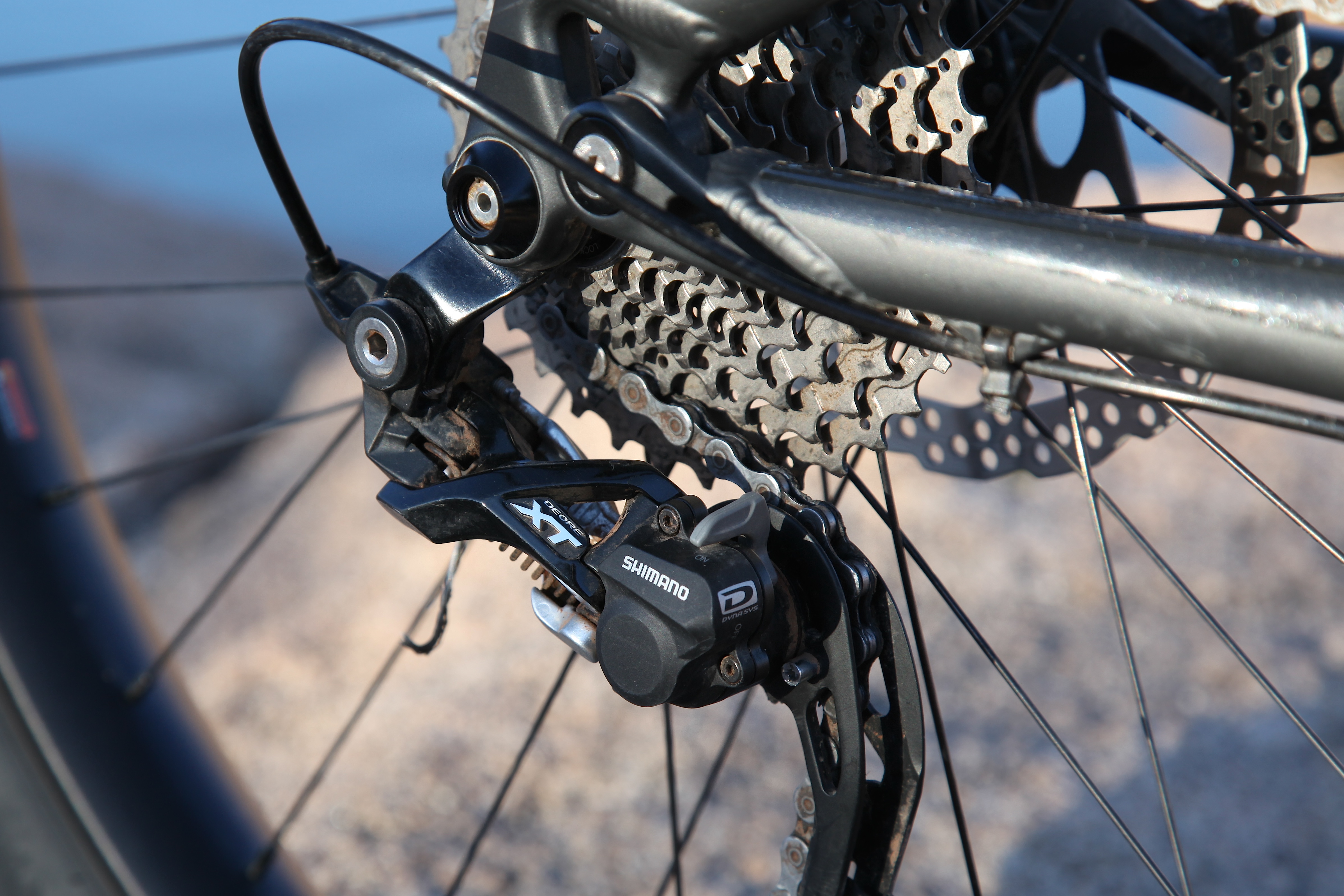 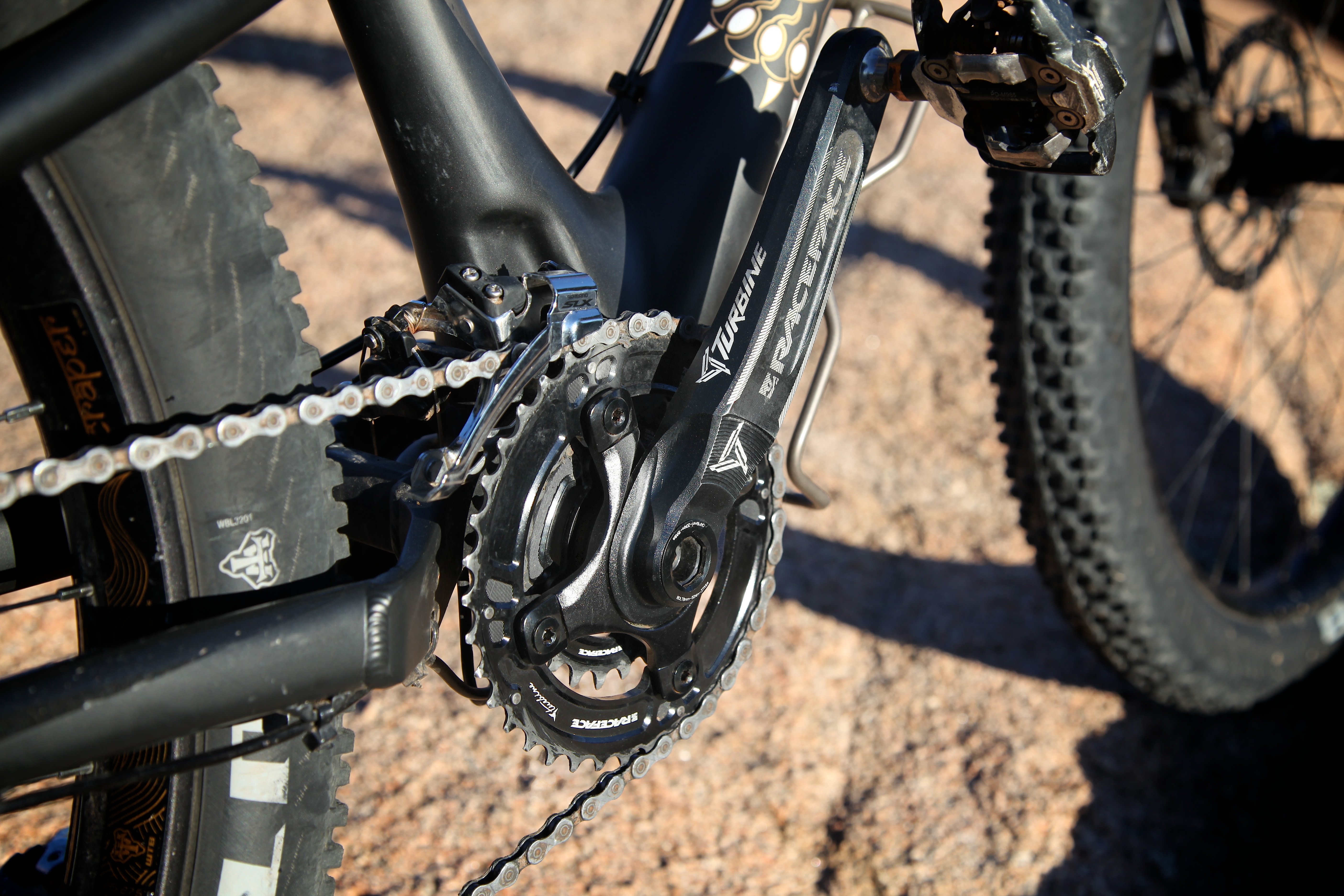 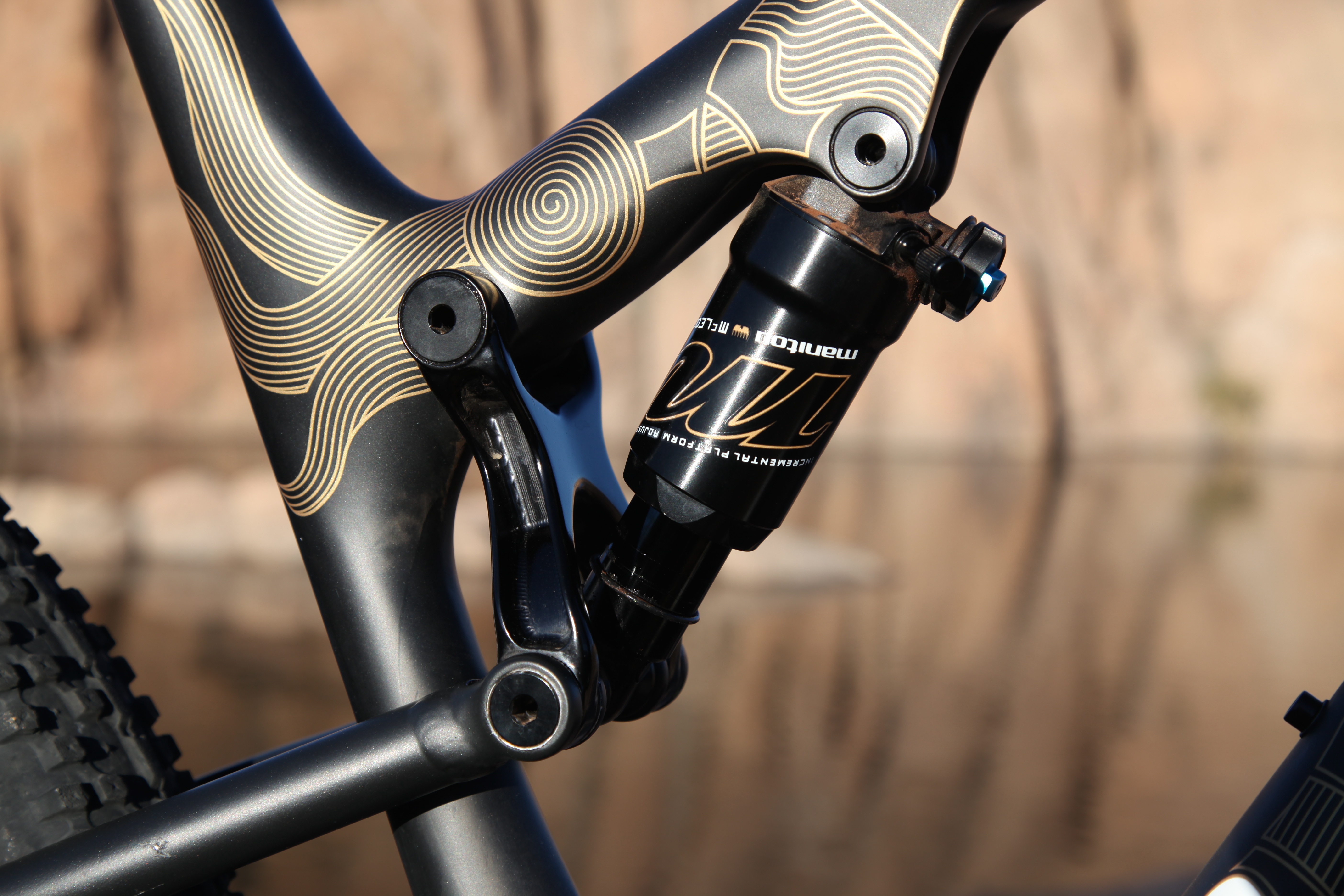 The biggest question is––how does it ride?

The design mission behind the Sherpa was to create a bike capable of shouldering typical bikepacking loads, but without sacrificing the spirited ride qualities that are intrinsic to a Rocky Mountain bike. This is not a touring mule designed to simply schlepp loads from point A to B. There are plenty of bikes available for those humble duties. The Sherpa, even when properly loaded with full camping kit, carves turns and dispatches ledges and bumps like a proper trail bike. 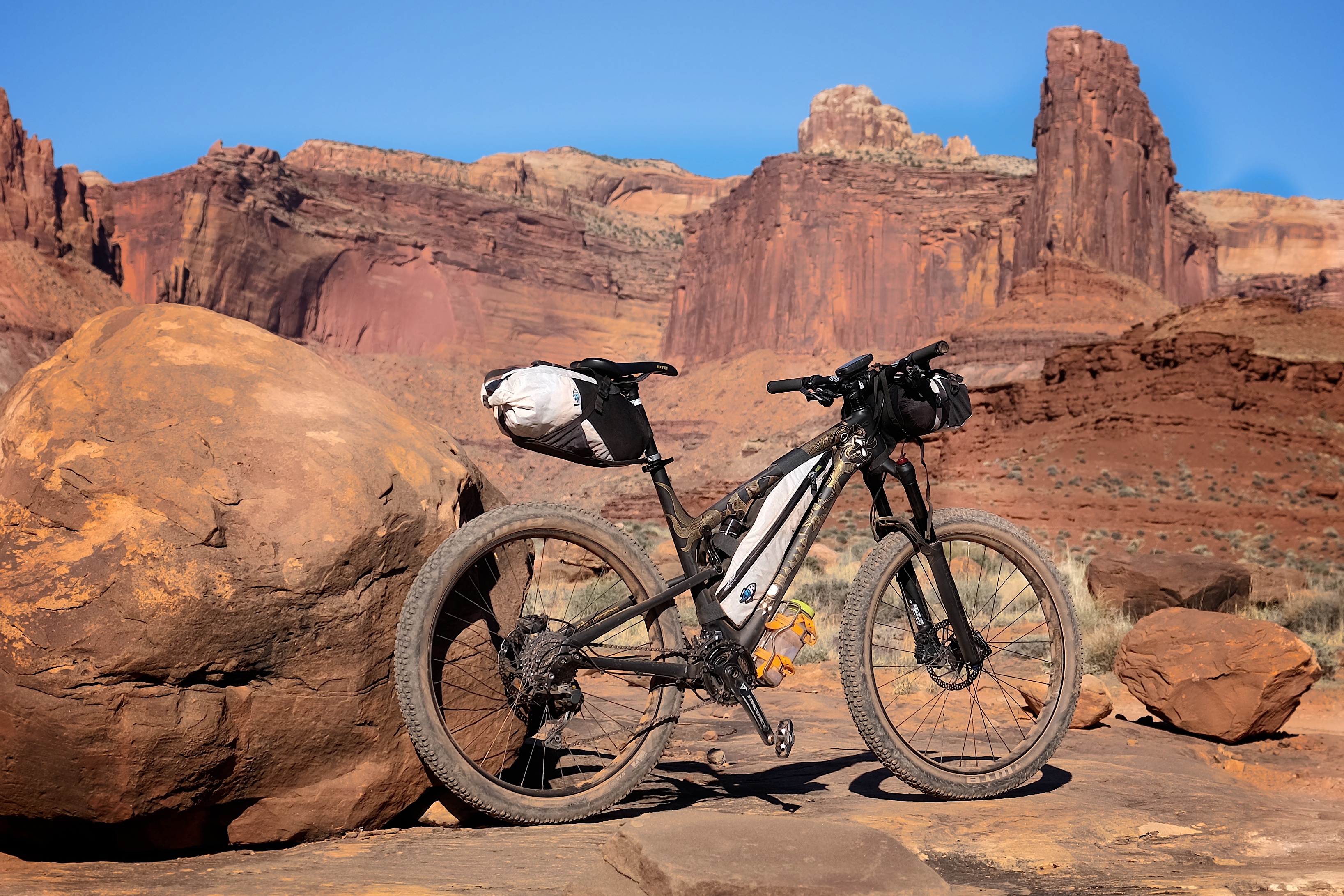 I was fortunate enough to get my hands on a Sherpa long before anyone else, and I’ve spent the last five weeks getting to know this new machine. Needing a place to properly evaluate the Sherpa, I took it to the famed White Rim Trail just outside Moab for a quick 100-mile overnighter. Fully loaded with 8 liters of water, camera gear, and all of my other sundries, the Sherpa carried the load with confidence and easily conquered miles of sand, rock, and even a small stretch of pavement. 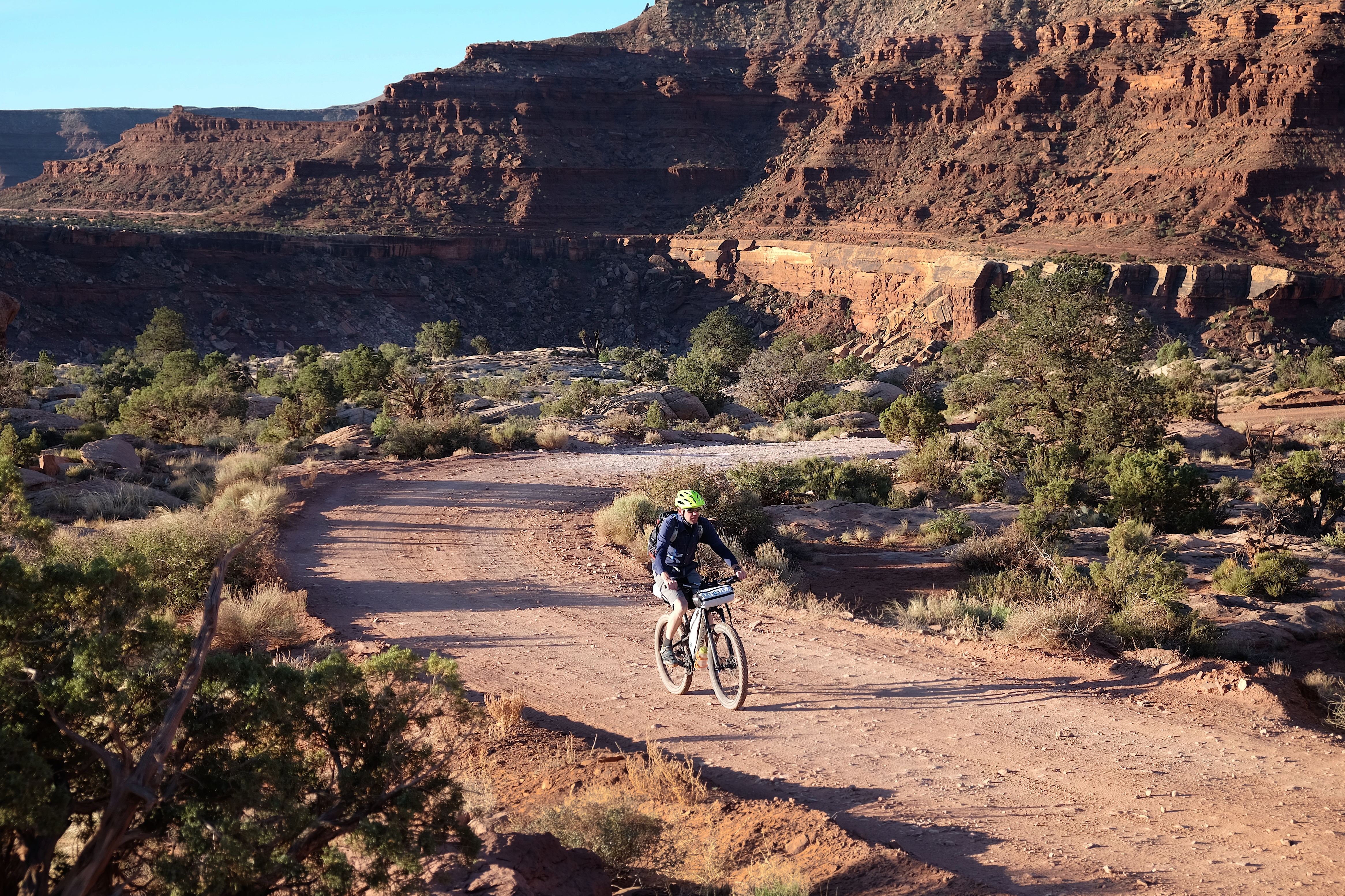 The larger tire volume in tandem with the suspension components helped attenuate the ride and offered undeniable traction improvements without the weight and heft of a full fat tire. Floatation is not the name of the game here, although it does admirably in soft conditions. The Sherpa is really about retaining the enjoyment of real mountain biking, even under load. As you can imagine, once all the bags and gear are removed, its a fun bike to ride, which will make it a versatile platform for those lucky enough to get their hands on one.

On long slogs up gravel roads or moderate singletrack, the lockouts on the fork and shock give the Sherpa a firm stance for maximum climbing efficiency. Once pointed downhill, the bike belies its utilitarian purpose as a gear hauler and rips down the trail with authority. It’s far more nimble than I expected, and the ride compliance is a welcome attribute after multiple long days in the saddle. It has taken me some time to get the suspension components and tire pressure dialed in for weighted and unweighted riding, but those adjustments are easily made. 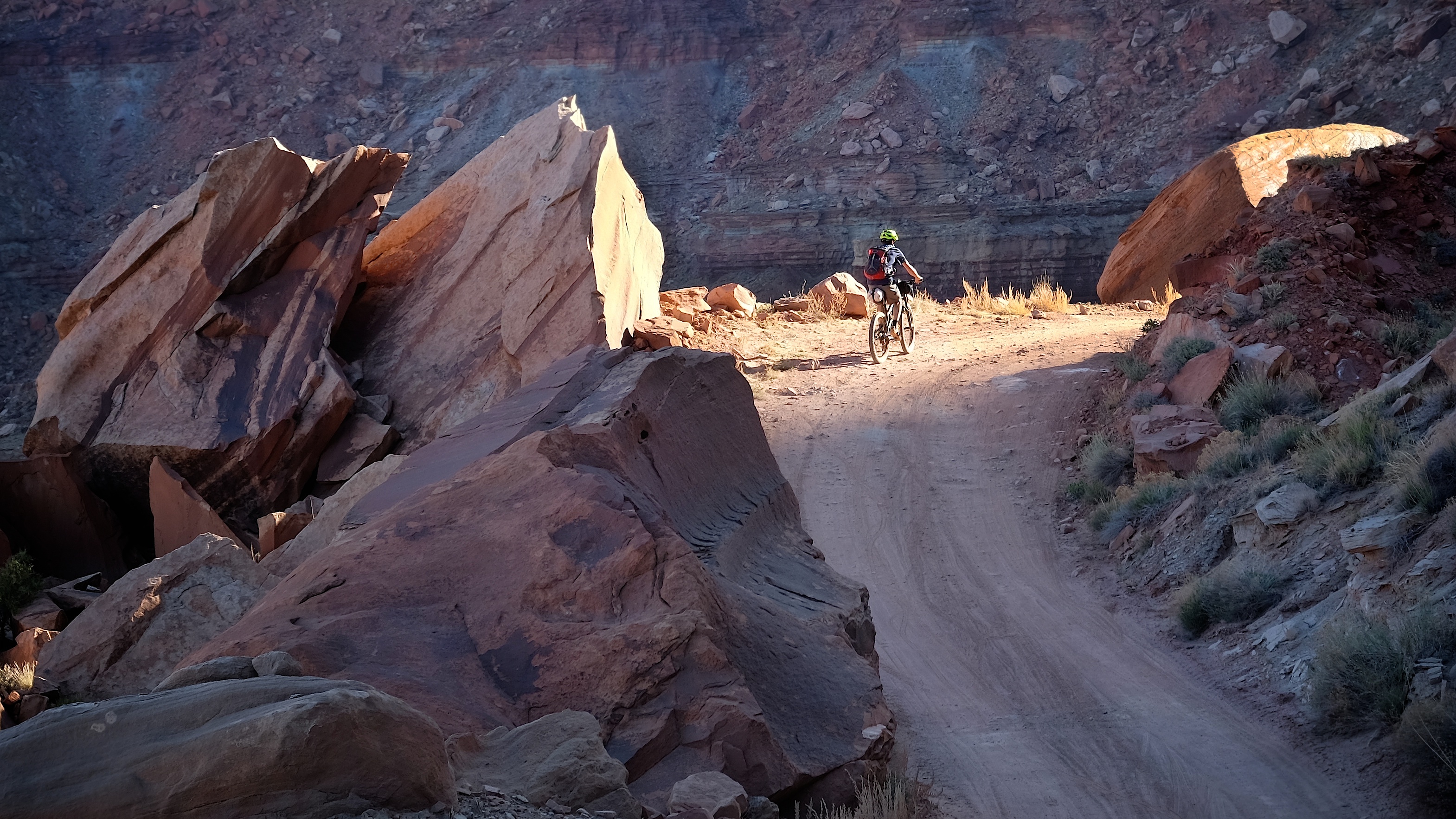 To further augment the Sherpa’s function as a bikepacking steed, Rocky Mountain teamed up with Porcelain Rocket and will be offering a full compliment of bikepacking bags. The Mr. Fusion seat bag with its unique aluminum support is without question one of the better bags I’ve ever used. A bottle mount below the downtube is an ideal perch for a cargo cage like Blackburn’s new Outpost Cargo Cage.

The Sherpa is an exciting new development in bikes engineered for the growing pursuit of bikepacking, that once niche corner of mountain biking that is quickly becoming less fringe. 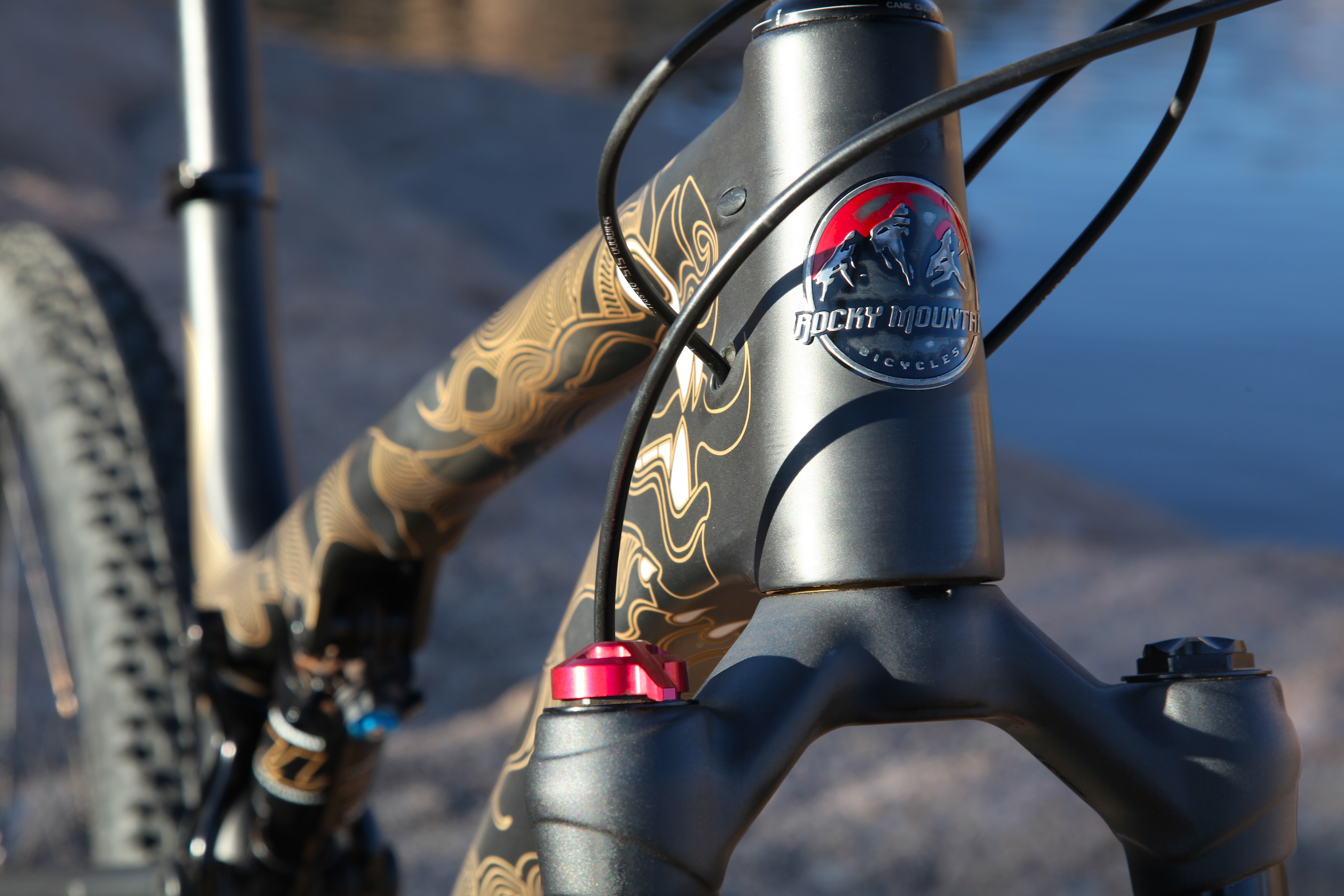 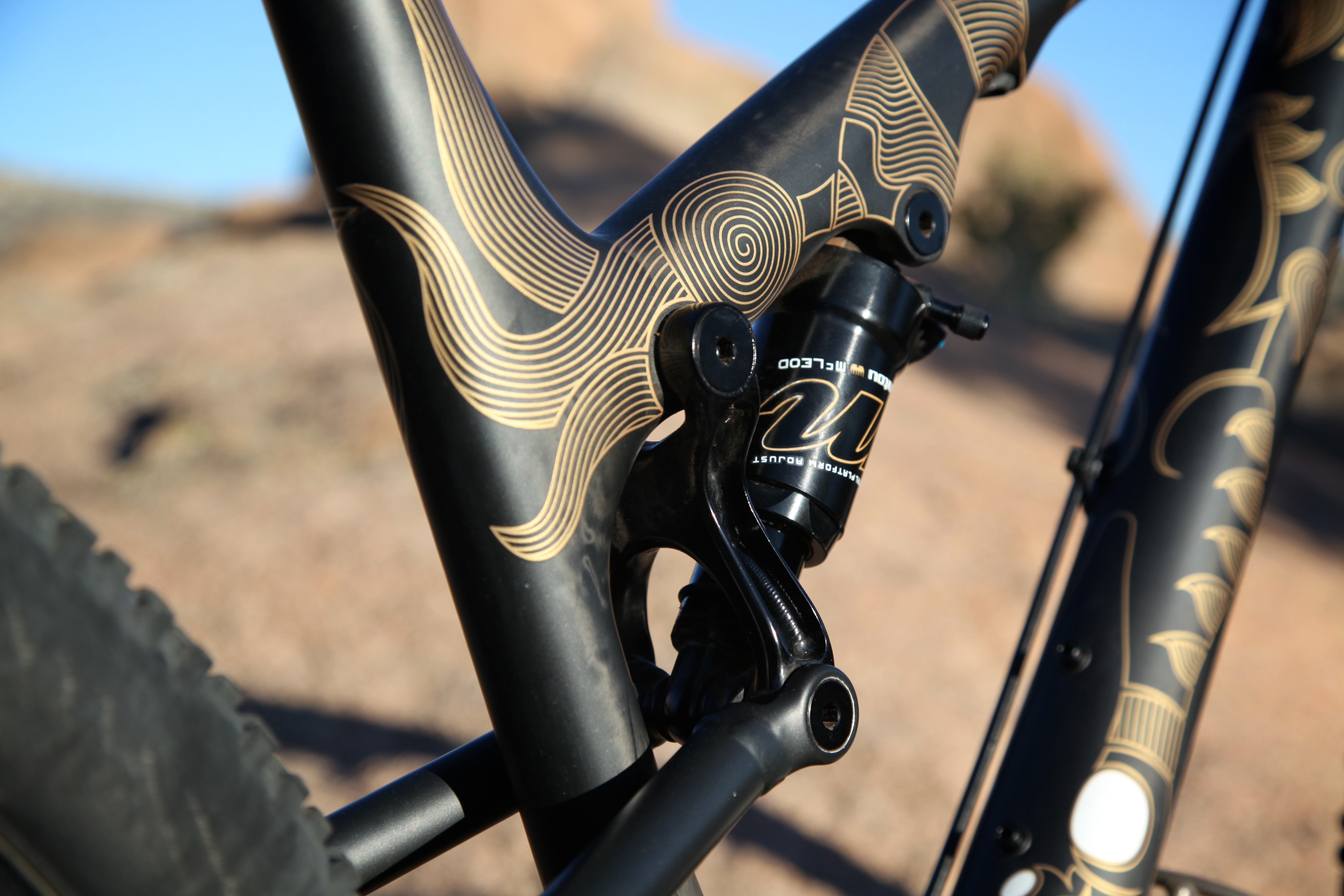 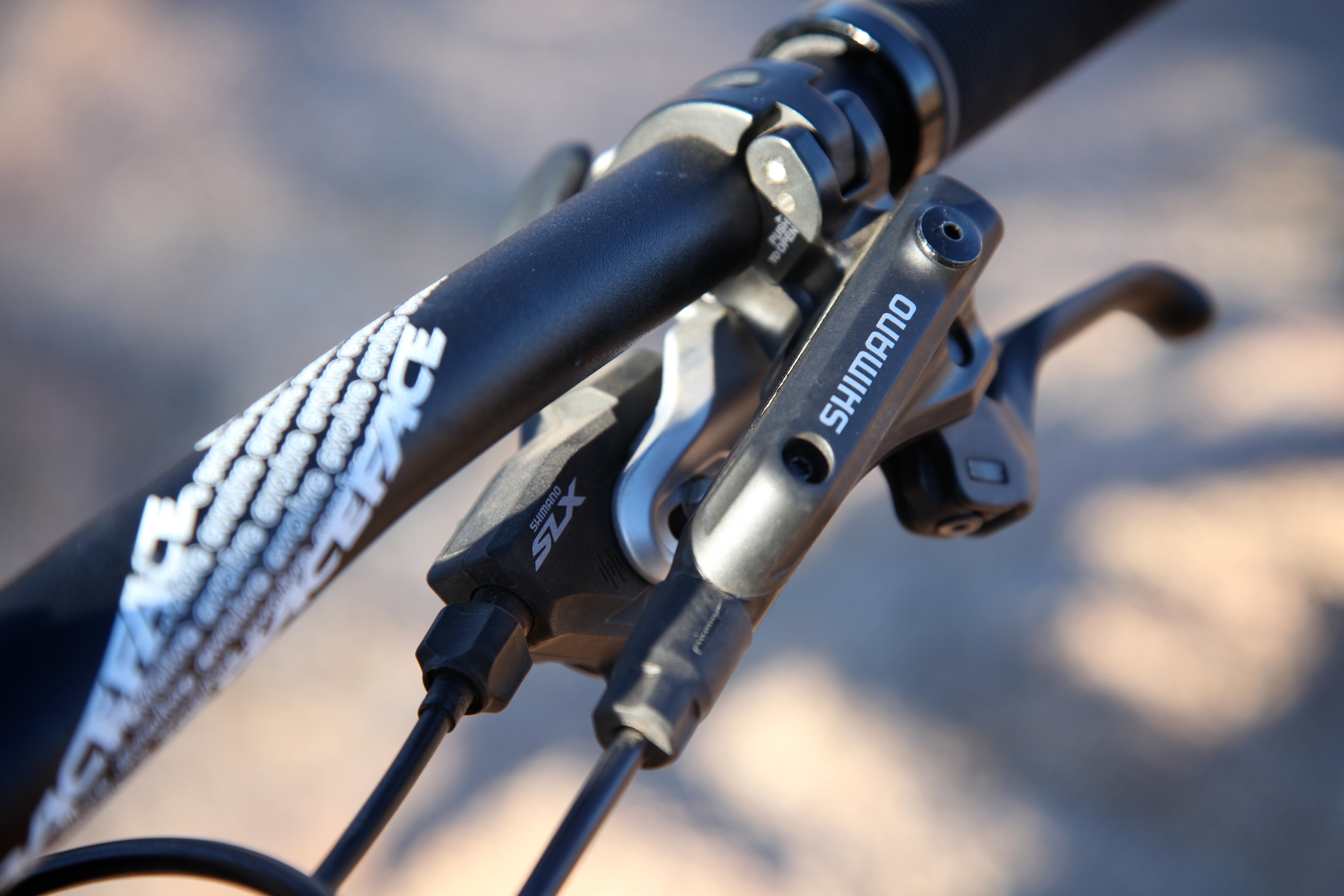 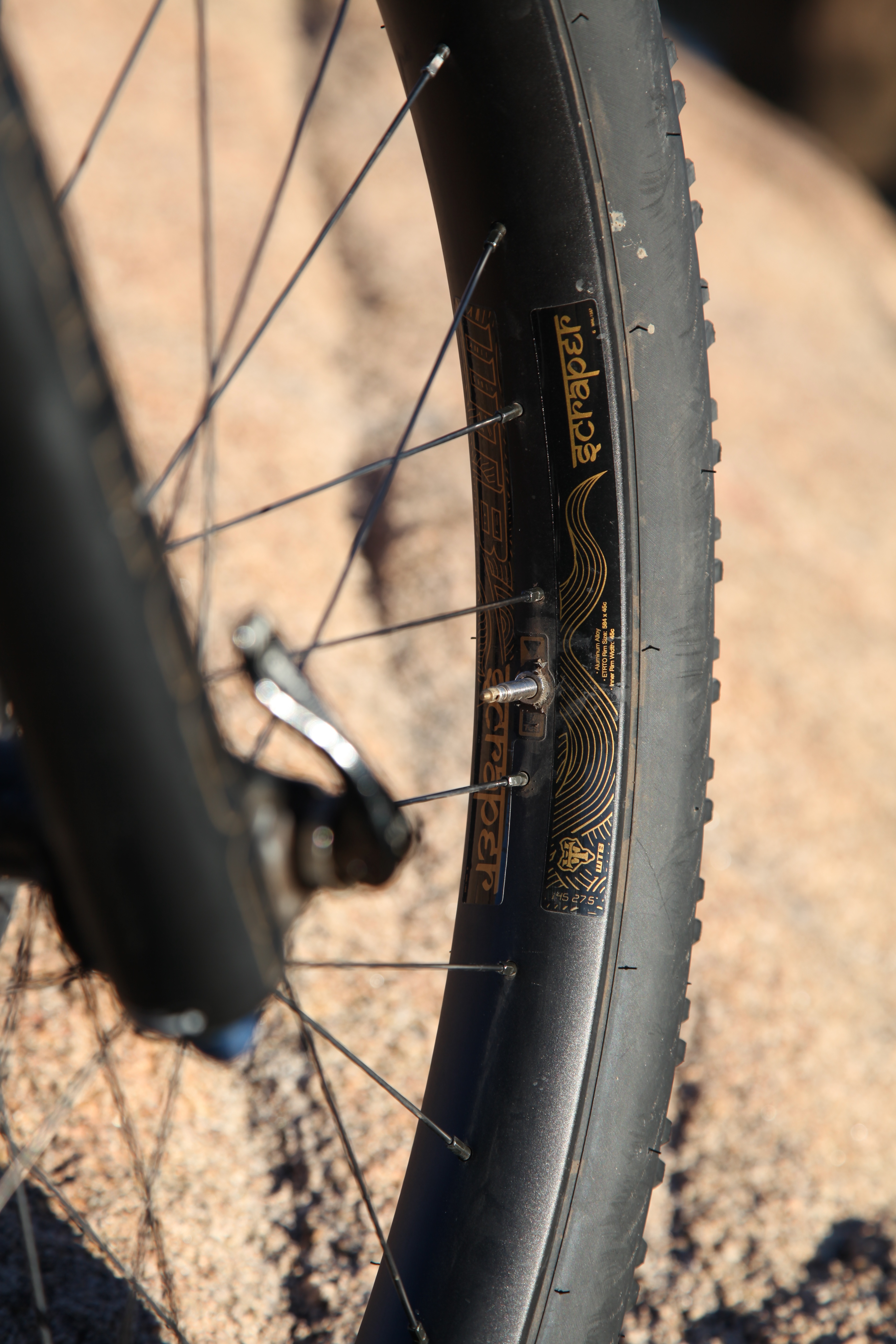 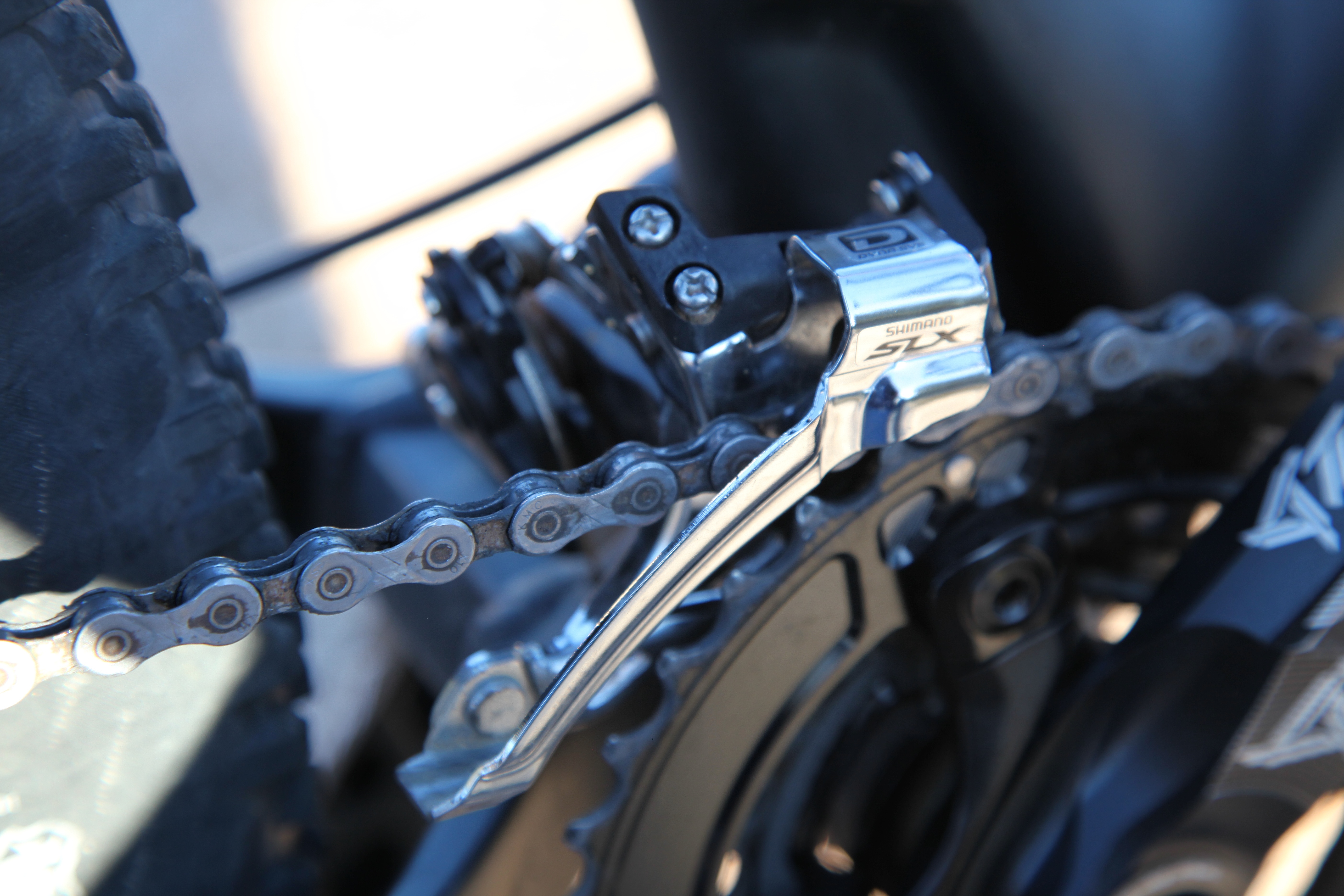 Christophe Noel is a journalist, traveler, and the senior editor for Overland Journal and Expedition Portal. An avid cyclist since the Reagan years, his primary hobby is biting off far more than he can chew. When not grinding his knees to a pulp on the bicycle, he can also be found twisting the throttle on motorcycles, traveling to far off lands, or simply enjoying the splendors of the great outdoors.

Christophe Noel
Christophe Noel is Expedition Portal's Editor and the Senior Editor for Overland Journal. Born into a family of backcountry enthusiasts, Christophe grew up backpacking the mountains and deserts of the American West. An avid cyclist and bikepacker, he also has a passion for motorcycles, travel, food and overlanding.

Gear
Clipless Cleat Experiments: The Fore and Aft of It
Community
Max Commencal Talks Women's Race Teams, Alloy, and Money
Community
Outerbike Has Returned, and So Have Some Demo Bikes
Trails
Have You Ever Encountered an Intentional Trail Trap?
Subscribe
Login
Please login to comment
5 Comments
Most Voted
Newest Oldest
Inline Feedbacks
View all comments

That is one very cool bike. I’ll add it to my collection when I win the lotto 🙂 The graphics are really sweet! Great article and thanks for sharing!

The graphics alone are incredible. The ride is better than expected. My ride through the White Rim Trail unraveled quickly towards the end of the second day with 40 mph winds and a wind advisory for the area. I was relieved to be on such a forgiving bike by the end of the ride. It is amazing to ride something so versatile. It shreds during the week, explores on the weekend, and looks great just leaned up agains a wall while I make goo-goo eyes at it.

Nice. Very interesting rig. Thanks for the review.