For 2011 POC has expanded its protective equipment and apparel line-up, adding a few extra colors plus cool new gear for the trail rider. Last year was hugely successful for POC and it looks like 2011 will be another great year.

The new Trabec helmet, a mix between a DJ and XC helmet, headlined the show for POC and offers the best of both worlds. With high strength, lightweight comfort, and adequate airflow, this one looks promising. In the photo of trek7k below you can see that the Trabec fits low on the head without that mushroom kind of look. What you don’t see is the hidden layer of Aramid filiment EPS core that gives this skid lid its strength. 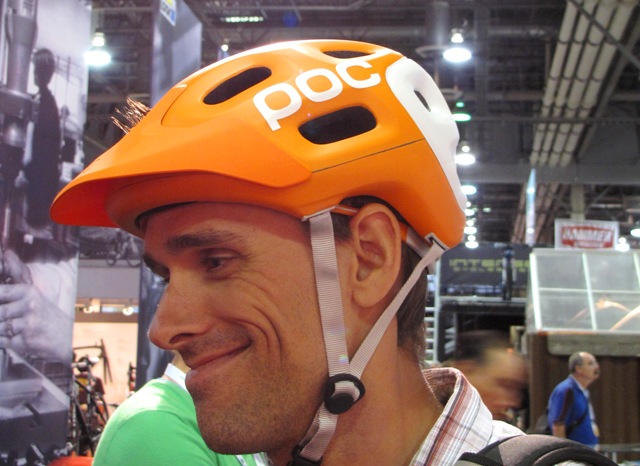 Not only does POC have new helmets but they also got some bling going on for your off-the-bike times. With the addition of sun shades and an expanded clothing line, POC is starting to look like the go-to-guys for the serious rider. This year they also added a sky blue color to helmets, goggs, and clothing PLUS there’s even a new Danny MacAskill endorsed helmet. 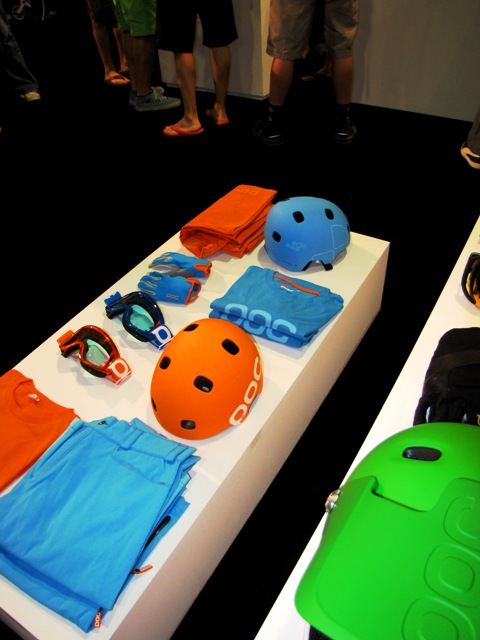 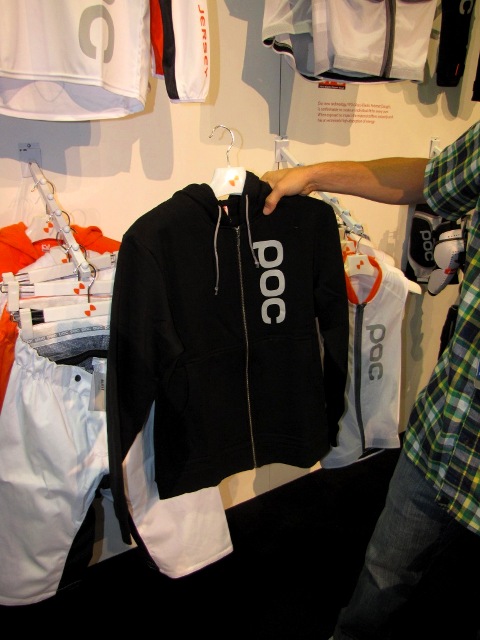 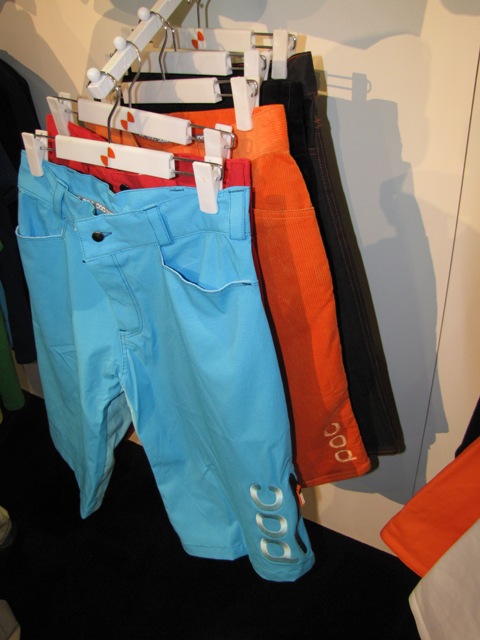 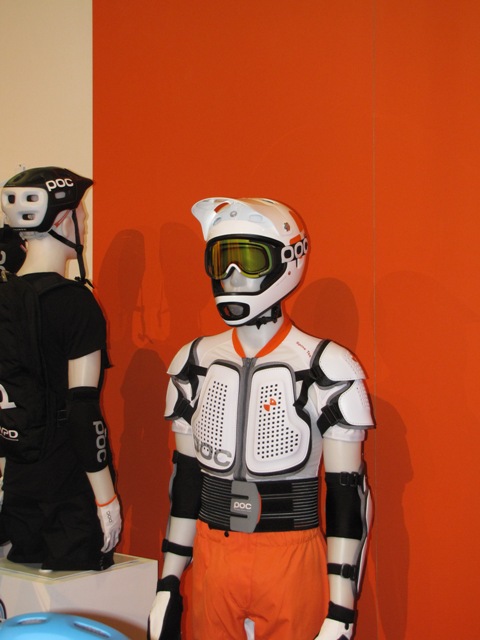 If you notice, not only does POC have an eye for color but they are also going for texture (hard to see but some of the shorts above are made of corduroy). Check out POC for more information on the rest of their product line for 2011. I am sure there is a thing or two that will pique your interest!