Last night we had a chance to attend the 2008 Mountain Bike Hall of Fame induction ceremony and it was truly a star studded event. Mr. Gary Fisher himself was in the house mingling with the crowd while we sipped Fat Tire brews donated by the New Belgium Brewing Co. 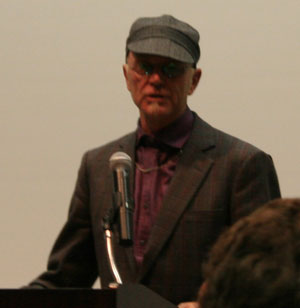 This year’s inductees included Brian Lopes, four time World Champion with 25 World Cup wins. You may recognize Brian if you’ve played the Sony Playstation game ‘Downhill Domination’ – Lopes is featured as himself in the game!

Other inductees included Nat Ross, another world class athlete known for his endurance racing skilz; Steve Blick, Oakley’s VP of Sports Marketing; Bob Girwin, a leader in bringing suspension (both front and rear) to mountain bikes starting in the late 1980s; Philip Keyes, a trail advocate and NEMBA leader; and John Finley Scott, a bicycle designer who laid the groundwork for many of the features found on mountain bikes today. Scott was inducted post-humously and Mr. Billy Savage (of Klunkerz fame) was on hand to present a video tribute to Mr. Scott. 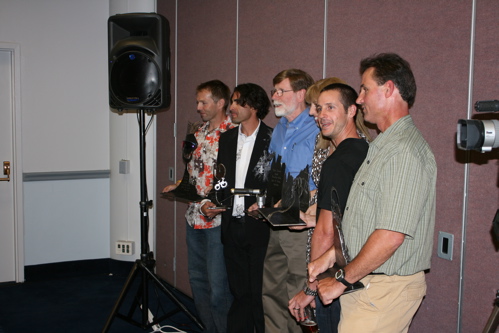 The inductees, from left to right: Steve Blick, Nat Ross, Bob Girvin, John Finley Scott’s neice, Brian Lopes, and Philip Keyes
The induction ceremony was a great event celebrating the accomplishments of many of the sport’s most important leaders. If you’re ever in Crested Butte (and I hope you are some day!) stop by the MTB Hall of Fame and check out the history! Peep the hardware the inductees received below. 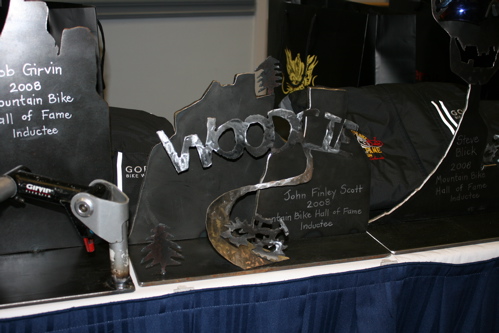