Ive always appreciated the unique look of Diamondbacks Knucklebox suspension, and having had a great ride on a 26 Sortie at Sea Otter a few years ago, I was eager to get on a couple more of Diamondbacks rigs.

The Mission is Diamondbacks rendition of the all-mountain 26 wheeled bike. With a full 6-inches of travel front and back, a 67-degree headtube angle, a beefy 6061-T6 aluminum frame, tapered headtube, ISCG 05 tabs, and thru-axles front and back, this is a burly bike that wants to play rough.

Out on the trail, Diamondbacks claim of providing a do-it-all bike that climbs with XC pedaling efficiency and descends with plushness like that of a downhill rig falls a little flat. I found that the bike really opened up on the descents, plowing through rock gardens, off of jump lips, and down drops with absolute ease. But the climbing characteristics were anything but XC. As I normally expect from a bike with 6 of travel and a 67-degree headtube angle, the front end wanted to wander on the climbs, and the pedaling platform, while totally respectable for an all-mountain rig, was anything but cross-country efficient.

In short, I think the Mission functions well as an all-mountain rig, but as a do-it-all bike it doesnt really fit the bill. Perhaps with more time to fine-tune the cockpit to my body and personal preferences and more time to spend tuning the rear shock perfectly, some of those climbing defects could be mitigated–but only a long-term test would tell for sure. 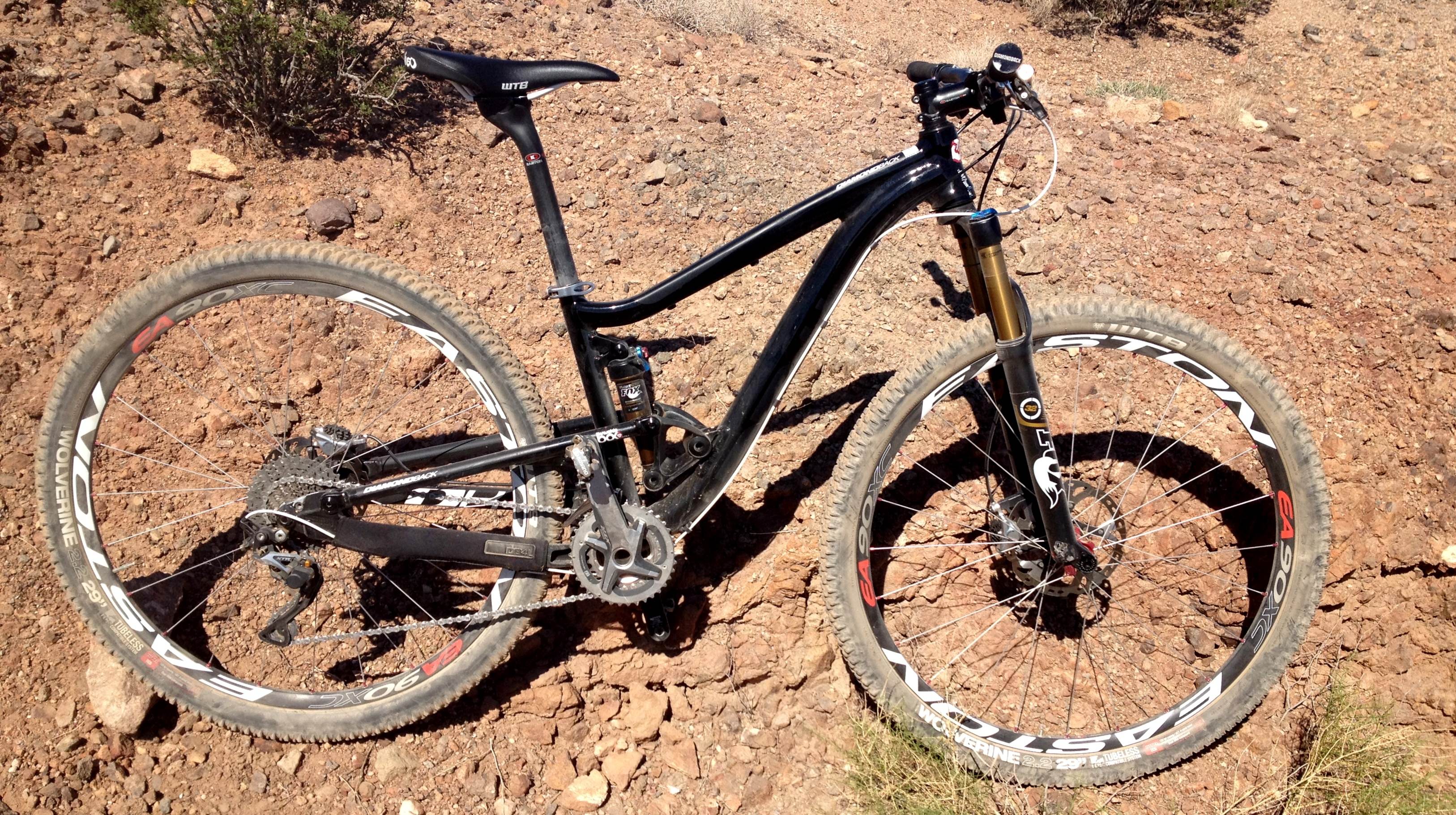 After the Mission I decided to swing a leg over the Sortie 29er. Having thoroughly enjoyed my test ride of the Sortie 26er a couple years ago at Sea Otter, I was excited to ride the 29er, and especially to compare it to the Yeti SB-95 I had ridden earlier in the day.

Sporting many of the same frame characteristics as the Mission, the Sortie is a trail-oriented bike with a 69.5 degree headtube angle and 120 mm of travel front and back. Out on the trail, the Sortie definitely showed its XC heritage with fast acceleration on the climbs, a firm pedaling platform, and great momentum along the singletrack. The big wheels and 5 of suspension came out to play on several gnarly rock gardens and harsh G-outs in the bottoms of the gullies. Based on my personal riding preferences and where I normally ride, I found myself thinking that the Sortie 29er would fit my riding style very well!

Compared to the Yeti SB-95, the Sortie felt more XC-oriented, thanks in part to a one degree steeper headtube angle, a little less suspension, and slightly narrower tires. However, with the addition of a fatter tire up front and a dropper post, the Sortie could quickly gain a rowdier disposition–sorta likegetting a tattoo and a piercing.

However, I did notice one issue over the course of my test ride: the rear tire bottoms out on the seat tube of the bike. I could distinctly hear the brrrrrrap buzz on several harsh G-outs and bigger drops. The shock O-ring hadnt blown off, but it was right at the end of the shock stroke. On the one hand, its nice to know that youre successfully getting full travel out of the rear shock. The harsh bottom was probably due to improper sag, but even with proper sag it is conceivable to use the entire shock stroke on bigger hits. If the tire was to contact the frame every time the entire shock stroke was used, Id say thats an issue. 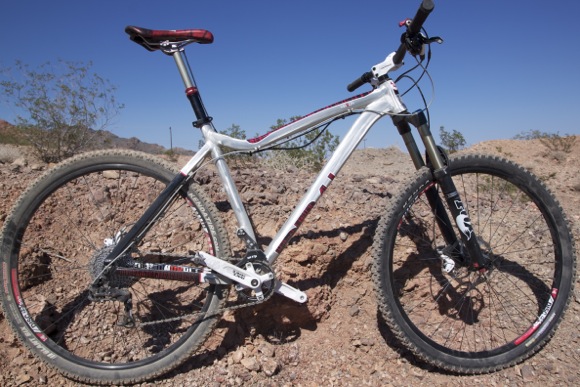 Jeff took a short test ride on the Diamondback Mason–here are his thoughts.

So the Mason is Diamondback’s “all-mountain 29er hardtail” which sounds like an oxymoron but it’s actually a really interesting concept. With a slack 66.5-degree headtube and140mm of travel up front this isn’t like any other hardtail 29er out there. In keeping with the all-mountain theme, the bike also sports wide, 740mm bars and a short stem. The Mason even features a sloping top-tube an a 1-by drivetrain.

Right out of the gate the Mason cockpit convinced me I was riding an all-mountain bike. In fact it wasn’t until I got into some rockier descents that I remembered I was on a hardtail. Unfortunately my test ride was cut short due to a flat tire but I gained a healthy respect for the bike. The Mason is designed to be a fun bike to ride and it seems todeliver a fairly faithful all-mountain experience on a hardtail frame. Crazy. 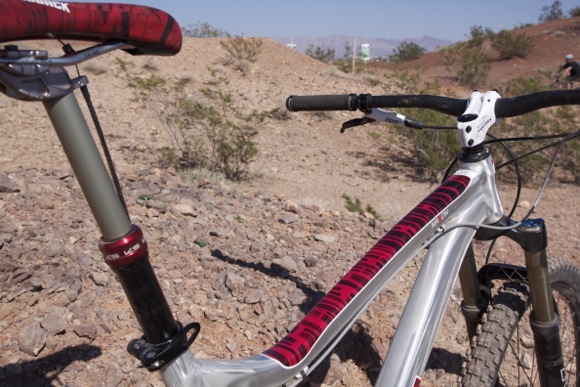 With any short-term test, its hard to get a true feel for a bikewhich is why we at Singletracks enjoy doing long-term reviews. Perhaps some of the minor issues mentioned above could easily be resolved with more time to tune the bikes in. Only a long-term review would tell. But just rememberlike I said, any negatives I mentioned were minor issues and did little to detract from the overall excellent ride quality of these mountain bikes!

Videos
Better Mountain Bike Drops In 1 Day: How To Drop...
News
Transition Debuts Their Lightest Mountain Bike Yet With the 120mm...
Gear
MTB Gravity Pants from DHaRCO Just Might Replace Your Favorite...
Beginners
How to Prevent Leg Cramps When Mountain Biking // Tips...