Now in its second decade, Whistler Bike Park celebrated another opening day this weekend, where the tireless work from the bike park crew, bike patrol, and staff was on full display.

Despite local trepidation that Whistler might be “Americanized” and dumbed down by waiver-toting Vail lawyers, it seems that all is well. The word is that the Vail overlords see how good things are in Whistler in the summer, and are realizing they can learn a thing or two about keeping summer visitors entertained and the cash flow flowing.

The Creekside expansion proceeds apace. Recent trail work shows bigger, sendier features but also with an emphasis on making sure greens and blues are available for beginner and intermediate riders as well.

Of course there’s a pile of snow still up high due to the rather magical winter snow dumps, but that’s to be expected for the early season. The process of early ski season, November snow-making has been reversed by digging out the lower trails to prep them for dirt-thirsty bikers.

The first day stoke is so real. It’s always cool to ask people where they’re from. International visitors tend to be so excited they almost burst with wonder, which is cool as it reminds jaded locals how lucky we are to live here.

The bike park trails seem to be coming along really nicely with A-Line seeing the full treatment and technical trails cleared of the winter blowdown. Work on Dirt Merchant is pending soon. Angry Pirate, Longhorn, Devils Club, and Ho Chi Minh all had new work done for the season. The bottom of Crank It Up is also getting worked on. The rain forecast bodes well for trails to get compacted and settled for the early season.

An old time lapse from 2015 shows trail work on the Golden Triangle, an easier trail designed to accommodate beginners. 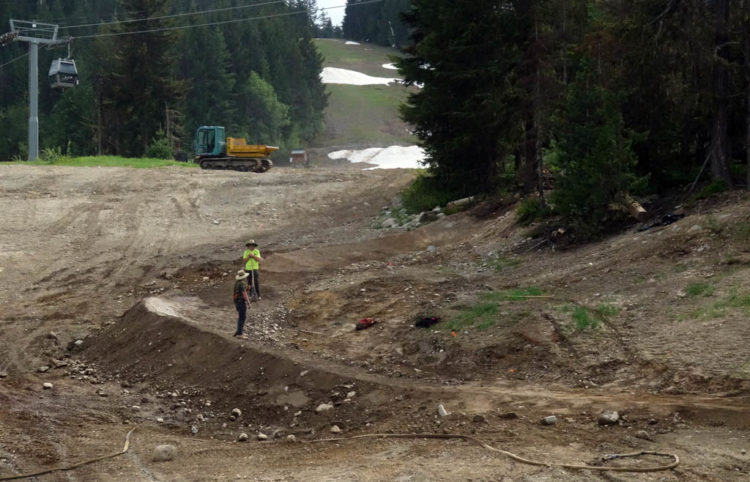 The trail crew is hard at work rebuilding a slopestyle course out of the ashes of the departing ski season. 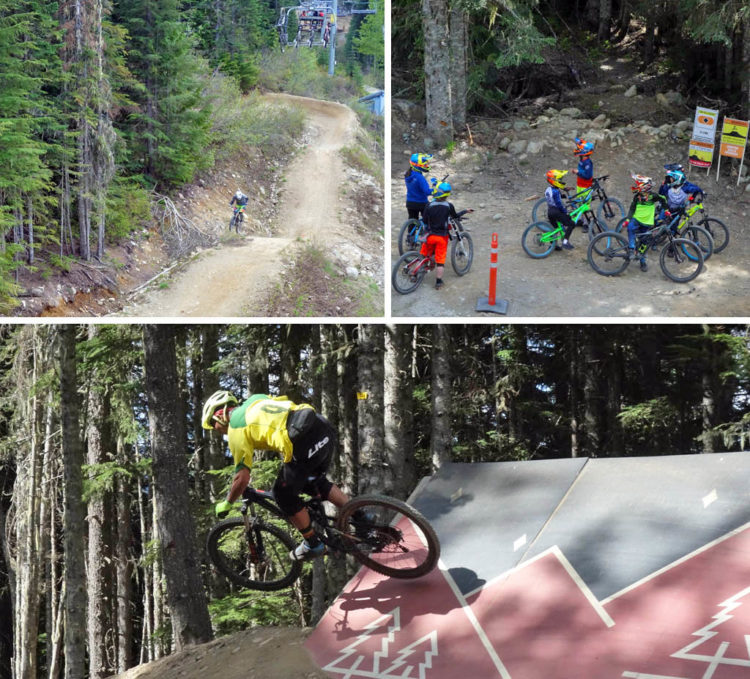 So many women and kids on the trails! Nice to see the diversity increasing.

Meanwhile, the massive Whistler Valley trail network saw a good chunk of blowdown cleared. Some stream crossings are doubtful due to the recent heatwave which is causing spring freshets to reach biblical proportions. Be sure to check WORCA’s trail conditions pages for updates on routes.

It’s safe to say that the lower trails are running well. Show your appreciation for the work of the tireless volunteers by foregoing a beer or three and donating to local trail advocates.

Were you at the Whistler Bike Park opening this weekend? Tell us about it in the comments!