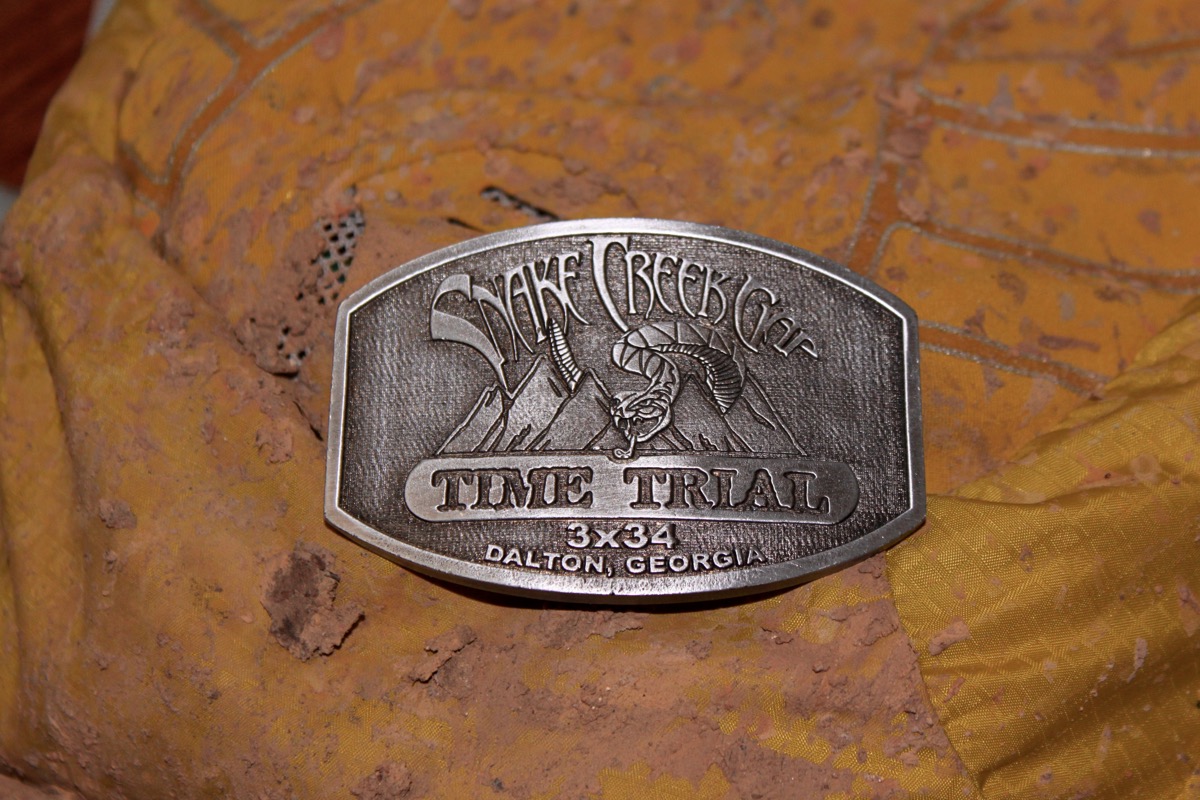 Registration for the Snake Creek Gap Time Trial opens this Saturday, October 3, and there are some major changes to this year’s race series. The Snake is one of the largest endurance races in the southeast, drawing more than 500 racers to the three-part series outside Dalton, GA last year.

The first big change is that this year’s race series is going to just two events instead of three. Organizers found that the third race was the least attended and resulted in a lot of waste, as preparations were made for riders who never showed up. The first race is also being moved back a week so that it’s the second week in January instead of the first, to avoid any conflict with the New Year holiday. (This year’s dates are January 9 and February 13.) 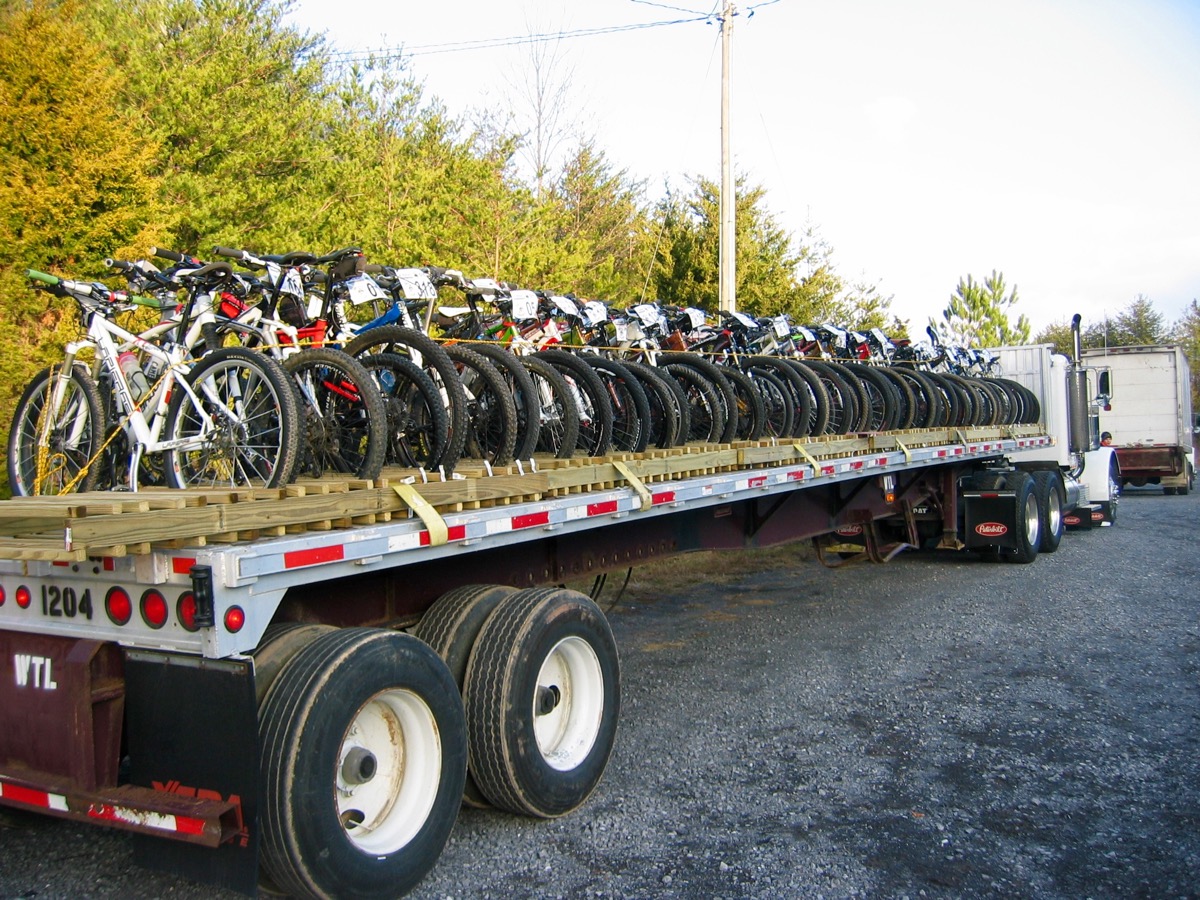 The last big change to this year’s race is the elimination of the race shuttle to the start. Logistically this was a huge hassle and expense for organizers, so this year riders will be encouraged to park at the Dry Creek trailhead and if necessary, catch a passenger van (no bikes) to retrieve their vehicles at the end of the day. The Forest Service requires a $5 parking fee at the Dry Creek trailhead, so be sure to bring cash or check.

What DOES stay the same…

…is the excellent post race hot chili and cobbler in the Snake Pit. There will also be belt buckles for the 2×34 and 2×50 finishers, and yes, the 2×50 belt buckles will be larger than the 2x34s.

The Snake Creek Gap Time Trial has been around for 11 years now, and organizers hope these changes will keep the race fresh for another 11 and beyond. As a 2011 3×34 finisher, I have to admit I haven’t raced the Snake since 2011 since I’ve sorta “been there, done that, got the belt buckle.” Perhaps the new format will bring some veterans back to Dalton this winter.

Registration is $100 for the two race series, which is still a great value among mountain bike races.

Your Turn: If you’ve raced the Snake before, what do you think of the new changes? If you haven’t, are you considering this year’s race now that it’s 2 races instead of 3?

Yeah, that’s the way we read it. They actually say no shuttles but then mention a passenger van that departs every 20 minutes or so to take people back to the start. But they also recommend leaving dry clothes at the finish area to change into so you don’t freeze your ass off. 🙂 The logistics are making my head hurt.

Just ride back to the start, lol. Shorter than the race.

Good point–I bet some super beasts will actually do this!

At this rate, why not just grab some friends, go up on a weekend during the fall that’s actually WARM, and self-shuttle yourselves and use a Strava segment for timing? Heck, if one doesn’t exist already, you could create your own Strava segment for the route that you want to do, and it’ll retroactively pull in data from all Strava users who’ve ridden/raced this route and uploaded it to Strava. So, you’ll get a pretty good idea of where you’d rank.

Once you’re done, drive into nearby Dalton for a burger and a beer. Heck, if you consider the $50 fee, you could probably pay for gas for the self-shuttle, a nice STEAK and at least a couple of beers. Oh wait, you’d have to pay $$ for a self shuttle even after you pay the $50 race fee. So yeah, I say just go buy yourself a steak and do it on your own 🙂

With this much hassle, I’m just not seeing the point of doing the race… but then again, I rarely do 🙂

Like the addition of a 50 mile route, understand dropping the third round, but the shuttle changes along with a 7AM start for the 50 make it a real downer logistically. Have a group of guys that want to tackle the 50 (we’ve mostly all done the 3×34 at least once) but these two things are dampening the normal enthusiasm. SSM \m/

At 500 racers that is twenty five thousand gross per race. You’d think some sort of proper system could be worked out. I understand that the belt buckles are not cheap but still. Then again, I have never promoted a race so I do not know all that is involved. I do know that there are a lot of race promoters that put on races with a much smaller gross than 25G. However, the race attendance will probably get smaller with the new policy so maybe that amount will go down

Look at it this way: the old format used to cost riders just $33 per race and they got: a shuttle to the start (that alone would cost $25-50 if you paid a shuttle service), post-race meal, and swag (not only the belt buckle if you did all 3 but they gave out something at EVERY RACE like either a shirt, socks, or hat). Then there’s all the other stuff riders get to use like restrooms, number plates, bag drop service, snacks on the course, and timing services. The way I see it, each race provided me $50-$80 in services/items but I only paid $33.

Aaron suggested they should have just raised the price of the series to $150 or heck, maybe even $200. People clearly appreciated the shuttle and the added motivation of doing a third race in early March and even with higher prices, it’s still a great value.

Agree, worth every cent and if you ever work with someone promoting an event or promote one yourself you’d quickly learn that these folks don’t do it for the money (or at least only for the money). Just more complications now and did I mention too early? SSM \m/

I really believe the scg was a great race….now I think it is border line but maybe i’m change averse. The rub is not having an ideal way to get back to your rig after your done with any of the race options. This alone almost makes one wish to do to the 50 so you won’t have to wait in line to catch the shuttle back to your rig. Oh and the change of clothes at the finish….where are you supposed to stash that when your rig is at the start.

The people that run this race have always done a bang up job so i’m sure things will work out. Hopefully.

I have done the three race series 9 years in a row. (actually made it to the podium once!) By far, the best weather has usually been in March, with the biggest racer turn out and best trail conditions also. I really hate to see the March race gone. This also made a good spring board, fitness wise, for the regular state race series. Anyone who has been on the first half of this trail after 300-400 riders have gone through will agree with me that it really tears up the trail. Not having the shuttle service to the start is another let down. It takes quite a while too drive out to the start point, making it tougher on people like me who have been getting up at 3am to make the drive to Dalton. Cleaning up and changing out of wet, muddy clothes is always a first priority of mine after finishing. This has always been done in the semi-privacy of my open truck door. Gonna be hard too do that with my truck at the starting spot. It’s not going too be pretty seeing a 56 year old naked man! Now wash that thought down with some chili.