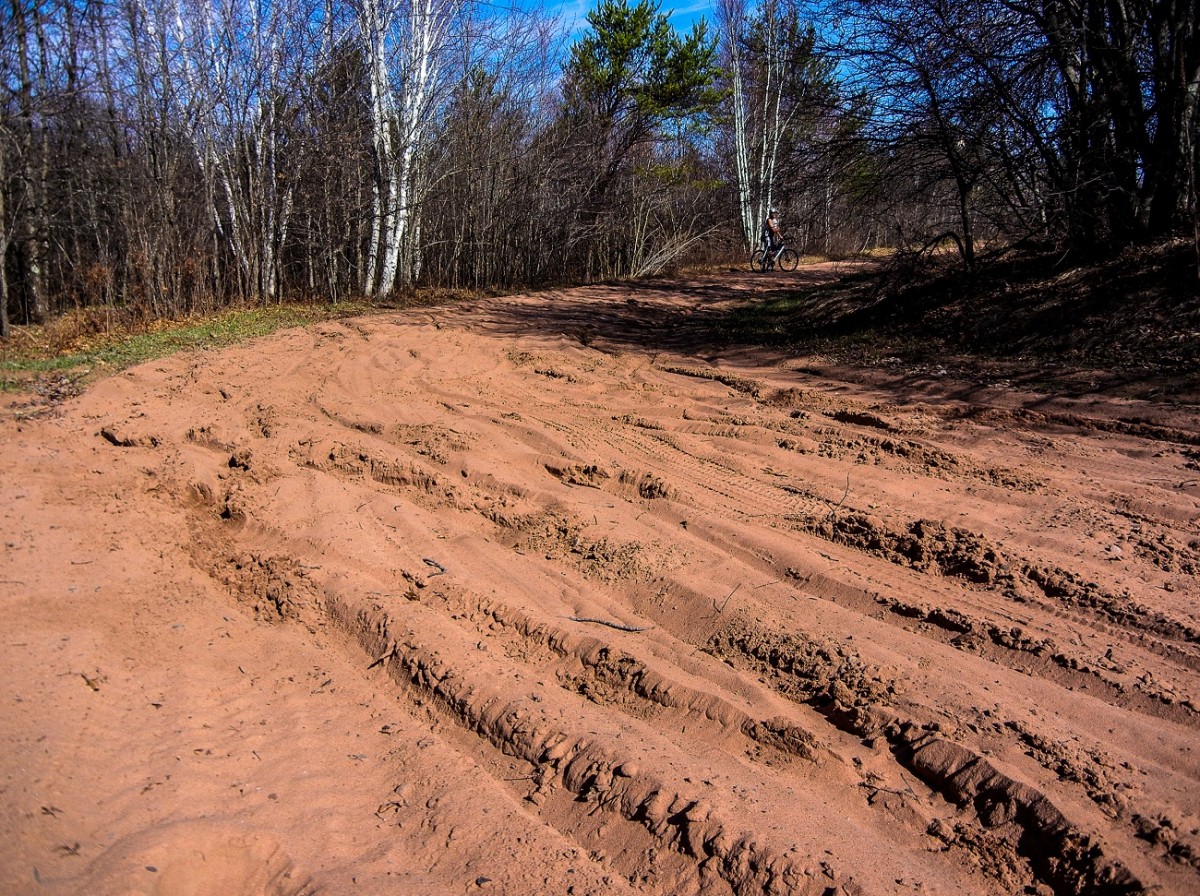 Saturday, April 18th marked the 4th running of the Mammoth Gravel Classic. This is a free gravel race that marks the opening of gravel season in Wisconsin. Having an event in late April can be rolling the dice a little bit: two years ago the event had to be cancelled entirely due to twenty inches of snow falling the night before the race (you couldn’t even ride it on fat bikes). The next year the event had to be shortened because of another big snowstorm.  Organizers threw in a bacon stop to encourage people to come despite the snow. 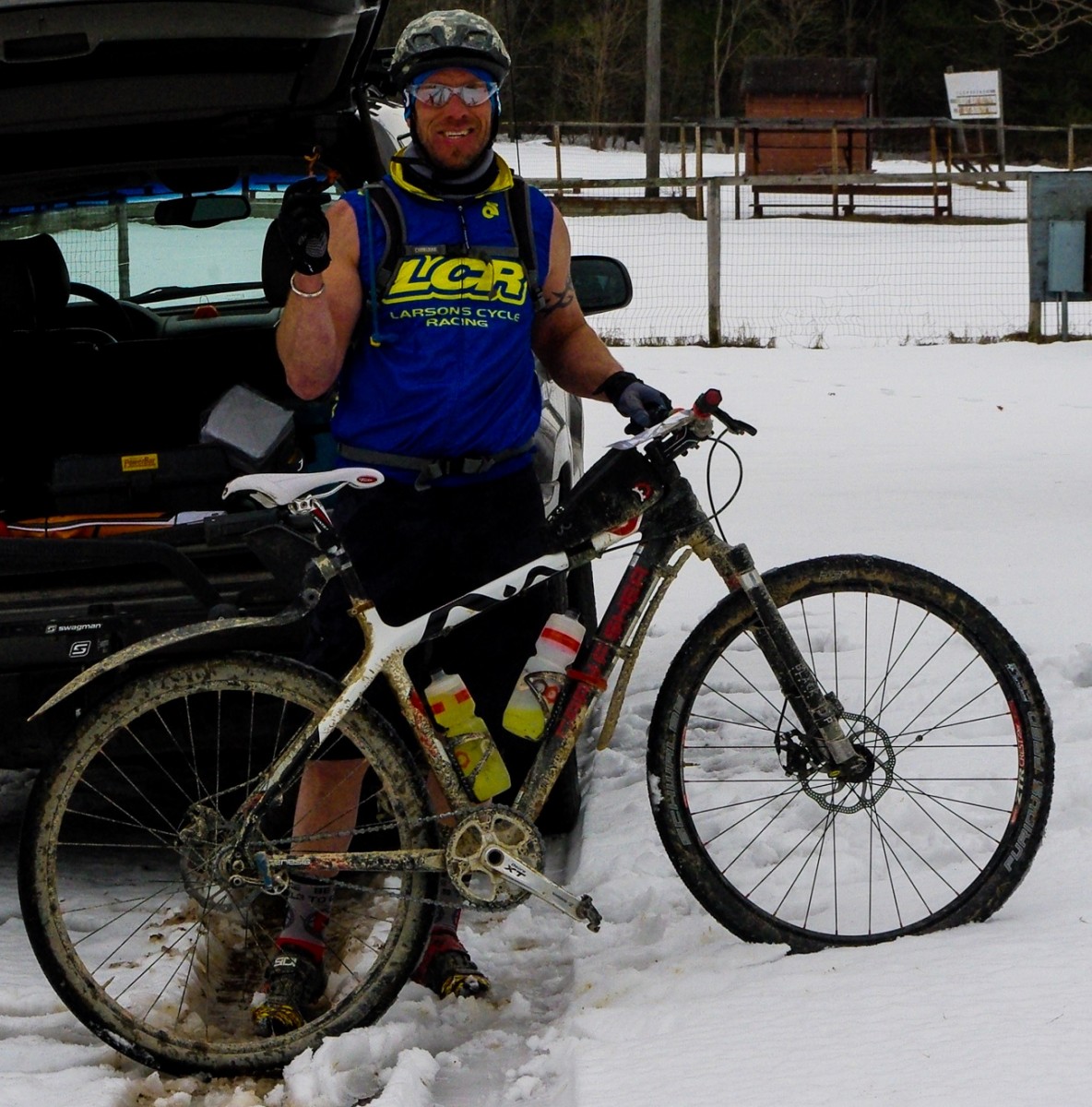 It’s amazing what people will do for bacon. 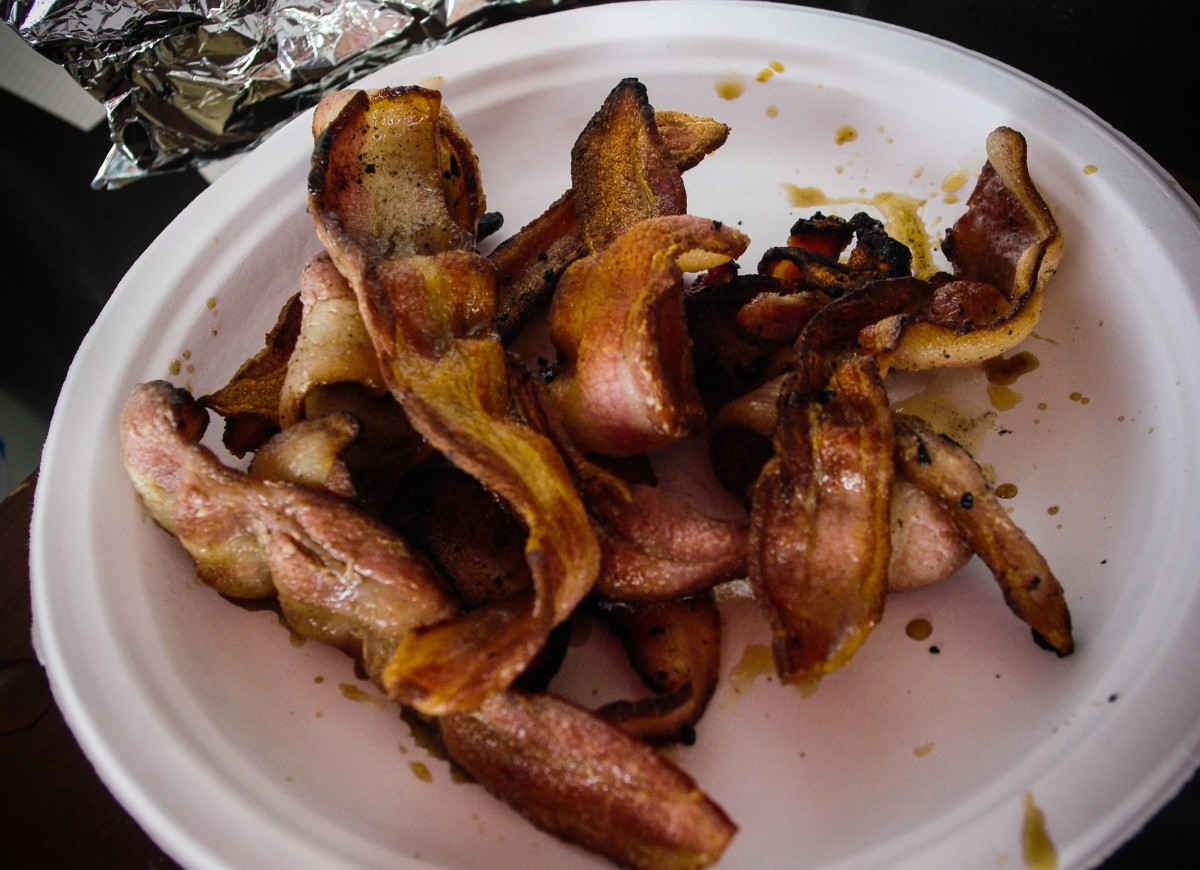 This year, however, the gods of gravel grinding smiled upon the event, and over 200 riders took off to get their first spring sunburn on a beautiful day. If you wanted to complain, you could say that the wind was coming from the wrong direction–but it always is. 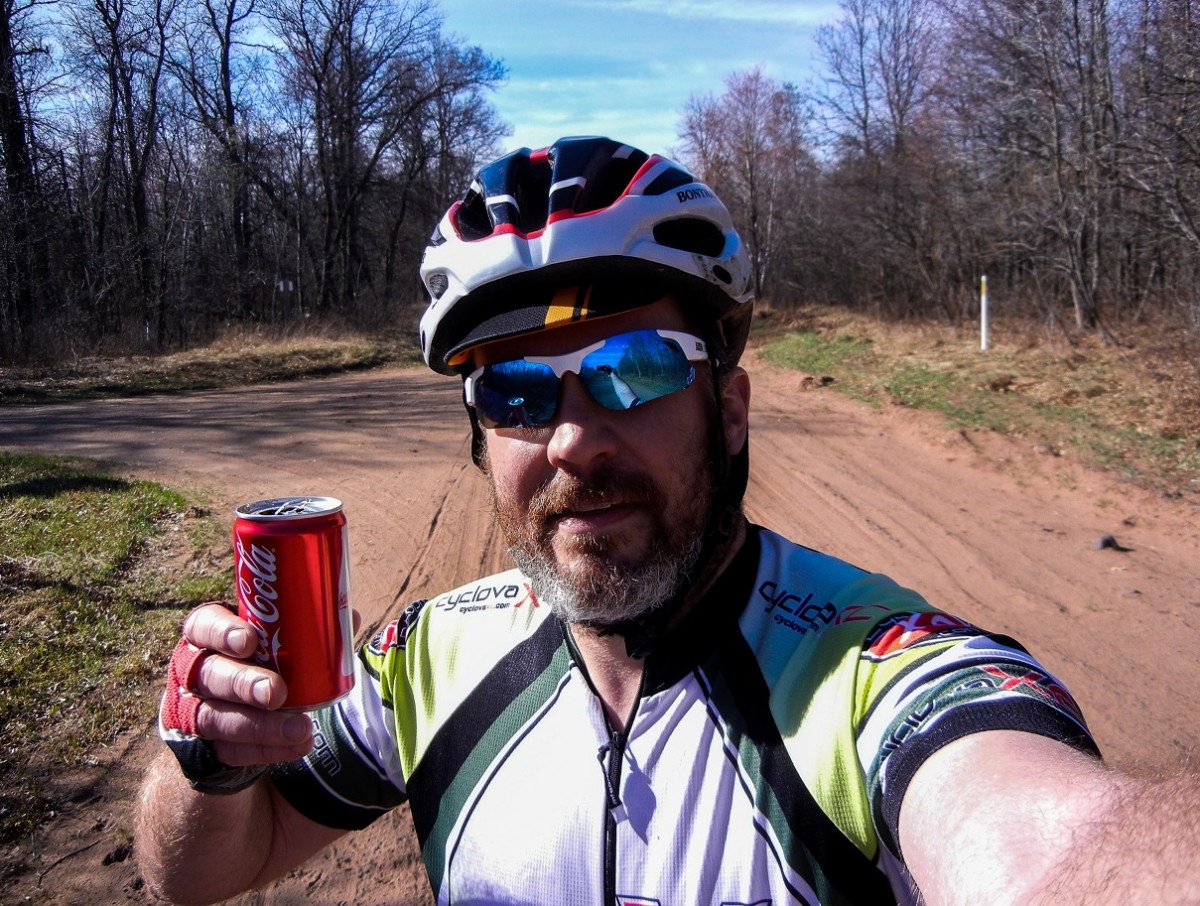 Riders had 100-, 70- and 35-mile courses to choose from. Cue sheets were distributed at the start of the event.  The event was advertised as “a non-marked trail” but organizers marked every turn with painted lathe. The only risk of getting lost came from when you put your head down to hammer against the wind.

Here are the GPS files for the courses in case you want to come and ride them yourself: 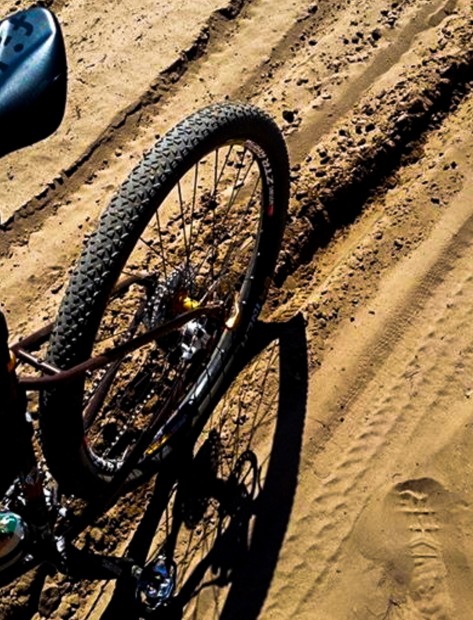 Wisconsin gravel can be a little softer than the riding surface you find at places like Almanzo. Almanzo’s white gravel packs down like concrete, but in Wisconsin the gravel roads frequently have powdery sections that grab your tires. The only thing to do when that happens is to ride it out, skidding sideways left and right. The best tactic is to clench your bars and hope that the system corrects before impact (usually it does).

As a result of the riding conditions, the official recommendation for Mammoth was at least a 700×40 tire. Being stubborn and stupid, I ran 700×35 and made it just fine, although I did have to push a couple sections (never more than 100 yards or so). One of my friends road the 100-mile course on his Salsa Mukluk and you could hear him chortle with laughter as he breezed through the sand sections while everyone else was crashing spectacularly all around him.

The course is actually pretty flat, which makes it ideal for an early-season ride. The soft gravel added enough difficulty for me. The course also went through a good number of towns so there was never any danger of running out of food or liquids. Having convenient stops at 35 and 70 miles is just perfect. The 100-mile course also took a nice tour of Crex Meadows Wildlife Area.

The final section of every course was on the Gandy Dancer Trail (including 40 miles of Gandy for the 100). There has been a recent threat to allow more motorized vehicles on this trail, so it’s awesome to have successful events on this trail using it for its designed purpose. 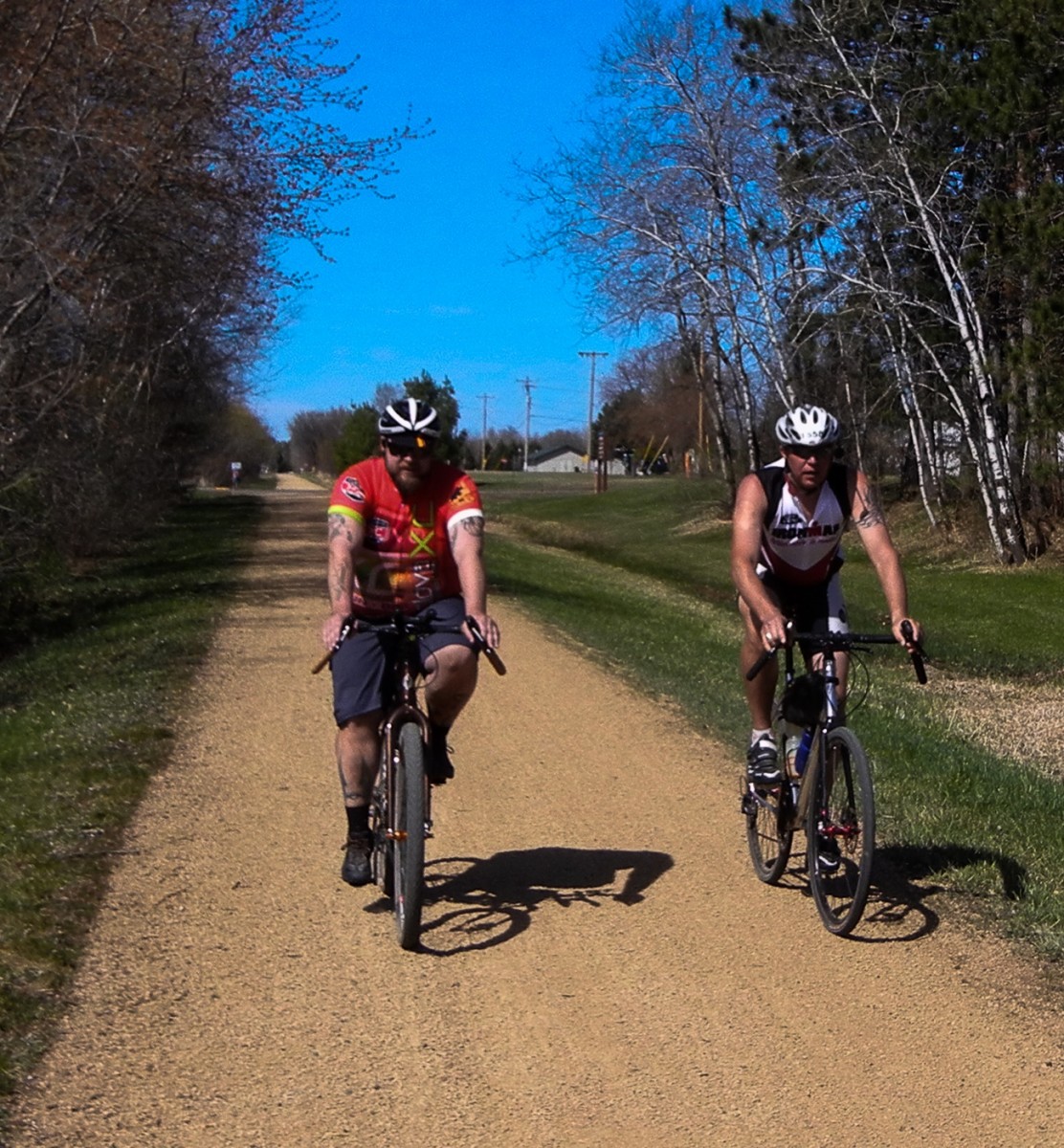 The Gandy is a nice, flat straight stretch to home, and it was nice being able to finish the first century of the spring without having to think too much about where to turn. Nothing crushes your soul quite like realizing you just made a 20-mile detour at mile 86 of your century ride.

The Mammoth Gravel Classic is a really fun, early season gravel ride that’s as tough as you want to make it. It’s nice to have a solid, 100-mile course at your disposal, and local cyclists do informal rides on this route all the time. If you’re in the area, come and give it a try! 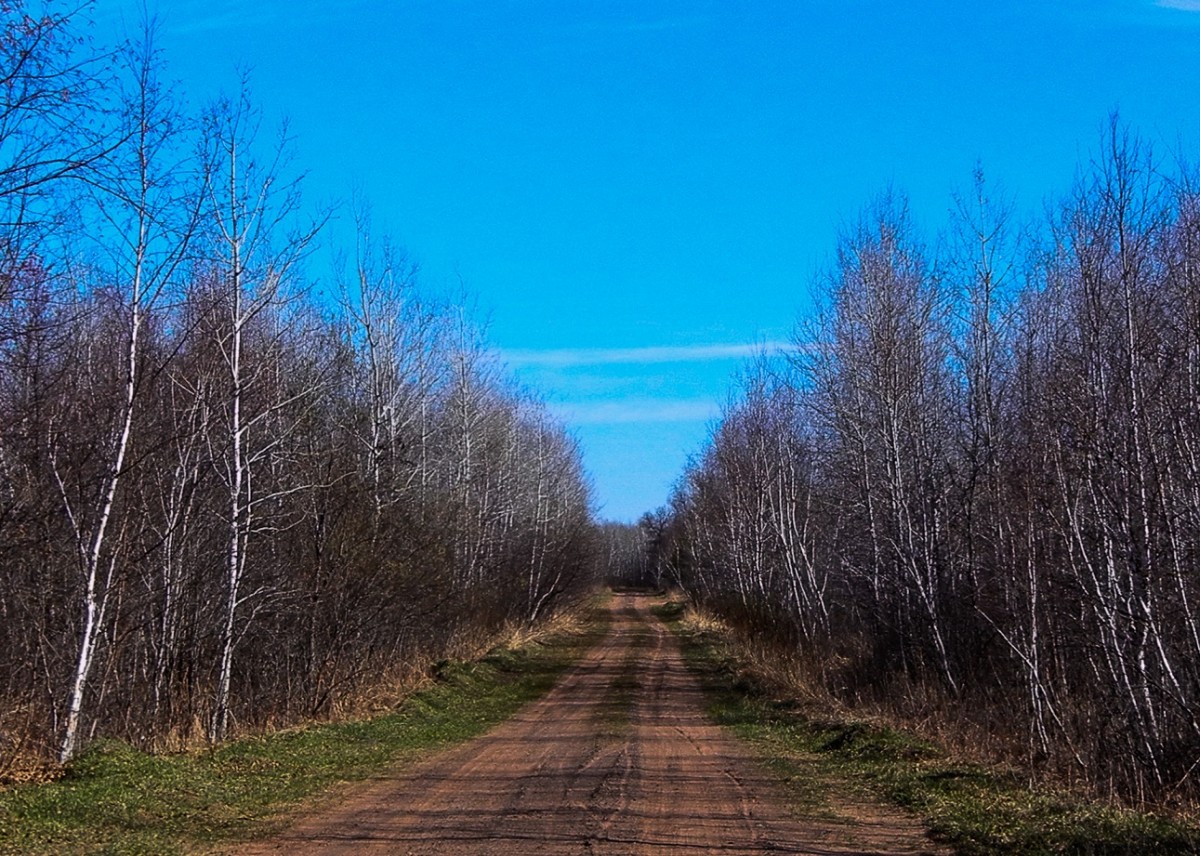 Other upcoming gravel events in the area:

See you on the Gravel! 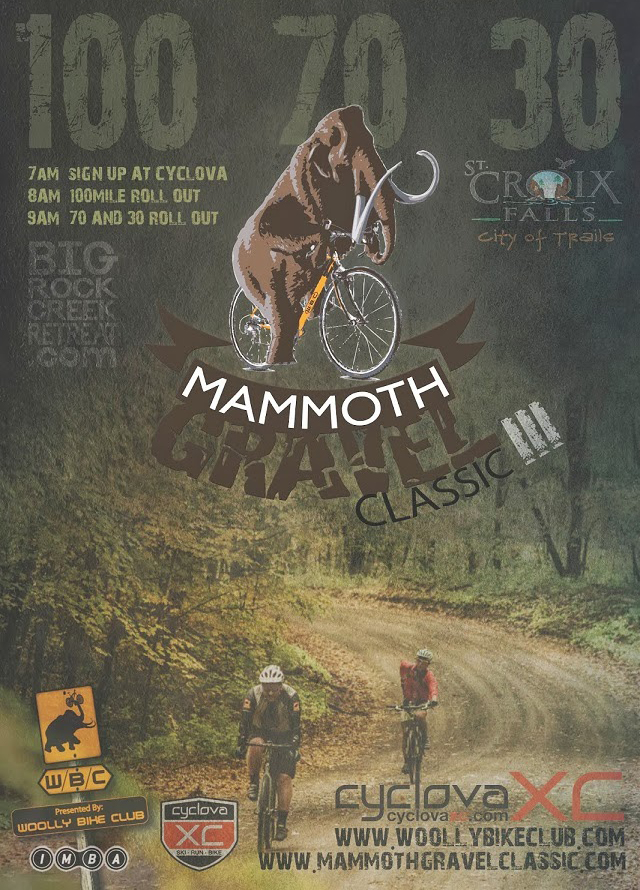 I’d make it as far as the bacon station… then, I’d have to quit riding. Once I start putting bacon in my mouth I can’t stop until it’s gone… then, I probably wouldn’t be able to ride anymore.

Is that a mini Coke can in the photo above or are you a giant? That sand looks miserable–you need a fat bike for that stuff!