The weather is warming up and the trails are drying out here in the southeast which can only mean one thing: mountain bike season is on the way! Here are a few mountain bike news items we’re digging this week. 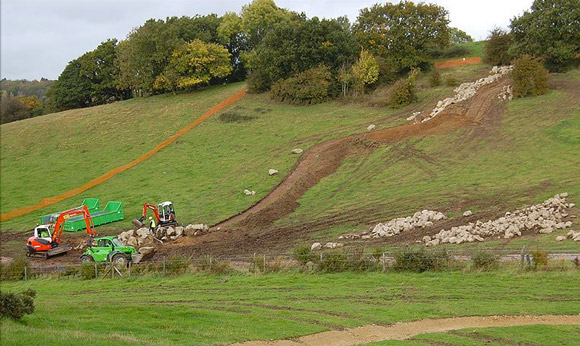 We’ve written about the 2012 Olympic mountain bike course a couple times already but this week BBC News posted more details about the new trail. The overall loop is just 5K (about 3 miles) – much shorter than we imagined – which means the men will ride about 8 laps or so. That also means the race will be super spectator-friendly for up to 20,000 fans and tickets will cost between 20 and 45 pounds ($32 to $72).

The course itself appears to be mostly done and workers have covered the rocky course with a layer of sand to protect it from erosion before the games. Since there weren’t enough rocks on site, 1.1 billion pounds of rock (that’s right – with a B) was brought in to armor the trail and provide a more technical challenge. There’s about 230 vertical feet between the high and low points on the course, though there’s no word on the actual ascent per lap. Check out more pics here. 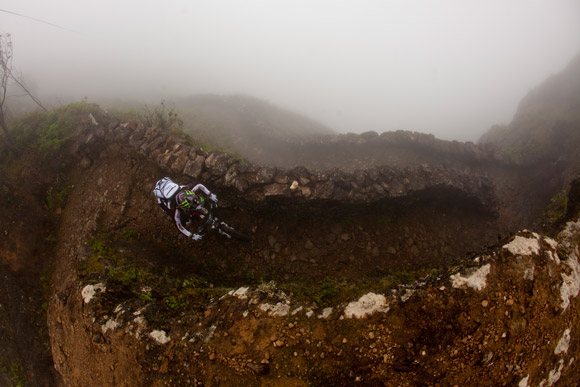 On February 14 the Urge Cabo Verde DH event wrapped up at Cape Verde off the west coast of Africa. Here’s how one press release describes the race:

The concept for the event is simple: take a handful of the world’s best mountain bike riders and drop them into an under-privileged part of the world for an event that is more about helping the local children than a finishline at the bottom of a mountain (or volcano in this case).

On the womens’ side, Tracey Moseley took top honors while Rocky Mountain sponsored rider Sabrina Jonnier of France took second. From what we’ve seen the trails and conditions were epic but don’t get your hopes up about racing next year: the race is invitation only. Find out more about the event and the charities it supports. 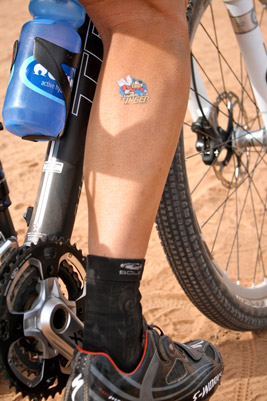 The Honey Stinger/Trek mountain bike team announced its 2011 roster yesterday and offers an impressive list of who’s who in mountain biking. With 37 amateur and pro riders, including Jen Gersbach and 24 Hour national champs Max Taam, Sari Anderson, and Len Zanni, we’re bound to see the honey-combed jersey on the podium this season. The team will compete in several high profile Colorado mountain bike races including the Firecracker 50, Leadville 100, and the Breck Epic Stage Race.

With Lance Armstrong’s (second) retirement announcement yesterday, perhaps this means he’ll find some time to coach the Honey Stinger off-road team. After all, Armstrong is a part owner in Honey Stinger and is (was?) sponsored by Trek so he’s (David Puddy voice) gotta support the team! 🙂

Nationally acclaimed outdoor photographer Scott Markewitz is hosting a mountain bike photography course in Moab this spring and you’re invited! Western Spirit will take care of the logistics so all you need is your DSLR camera and a mountain bike! Oh, and the registration fee – $1,995 which includes four nights lodging and all meals and instruction. Contact Western Spirit at 800-845-2453 or [email protected] to reserve your space and check out Scott’s MTB photo gallery here.

Culture
Cannondale Gets Back into EWS, Brands Prep for Olympics [MTB...
Community
News: Commencal Lands in the US and Launches New Downhill...
Trails
Moab's North Klonzo Trails Great for Early Intermediate Riders
Community
3 Takeaways from Olympics MTB and Why XC is the...

The Olympic Mtn bike course…is…well, I have mixed feelings about it. I don’t think it translates at all to real mtn biking, and the course looks way too easy from a technical standpoint. Sure, there’s hills to test the racers legs, but not much to test their bike handling skills. They basically built a narrow dirt road, with a few rocky sections here and there. I’m betting there’s a carbon 29er hardtail (maybe even rigid) on the podium – anyone wanna bet against me 😀

On the other hand, it is very spectator friendly, and will give the sport more exposure, and that’s a good thing. It should also make for close racing.

I agree, the course looks like a wide dirt road but from what I’ve read, that’s just temporary sand they’re using to cover the rocks. I’m also betting things will grow in and look a little more natural by next year’s event.

Then again, the course isn’t all that different from past Olympic MTB trails. The videos from the 1996 Atlanta games show a completely different course from what’s there today – virtually zero singletrack, just wide open paths. I guess part of the idea is to make it easier to pass – this is a race to see who is the fastest after all!

That’s one thing that really surprised me about the 24 Hours of Moab course, it was really technical for a race course!