Have you ever participated in a mountain bike race that was poorly run and frustrating? On the flipside, are there races that have had a great vibe and went off without a hitch that you invited all your friends to come out to?

It turns out there’s a lot involved in organizing a mountain bike race series, and I recently had a chance to sit down and talk about that with Kyle Sipes and Bryan Derstine of RaceCO.org; the organizers of the Race The MAC series in Castle Rock, Colorado.

Why Start a Race Series?

I asked Kyle about his inspiration for starting a race series, and whether it was a process, or just a random thought that hit him one day. He said that after being involved in a number of sports from motocross to Nascar, he realized, “There’s nothing better than riding a bike,” and he wanted to be able to race them, but that the available races at the time “all pretty much sucked.”

Then he had a chance to race in the Over the Hump MTB series in Orange County, California. He was struck with the overall vibe of the race venue, the mix of pro and amateur riders, the cool swag, the food trucks and beers, and the well-represented bike industry vendors. The proverbial lightbulb went on, Kyle came back to Colorado, and the Race The MAC series was born.

What Do Racers Really Want?

Initially the RaceCO staff sat down separately with pro racers, weekend warriors, and complete noobs, and asked them all what they did and didn’t like about other races they had done.

The pros’ requests were simple: start on time, don’t screw up the timing, and give cash payouts rather than swag. The last one was a bit of a surprise, but several of the pros interviewed mentioned that they get equipment from their sponsors and are also required to use those items in order to rep the brands. Most swag that they win they end up either giving away or selling on eBay. Also, as pro cyclists, they don’t necessarily have a day job, so a cash purse makes a race a lot more attractive to them. Several pros said they were tired of spending a whole weekend driving and racing only to leave with a water bottle and some energy bars. 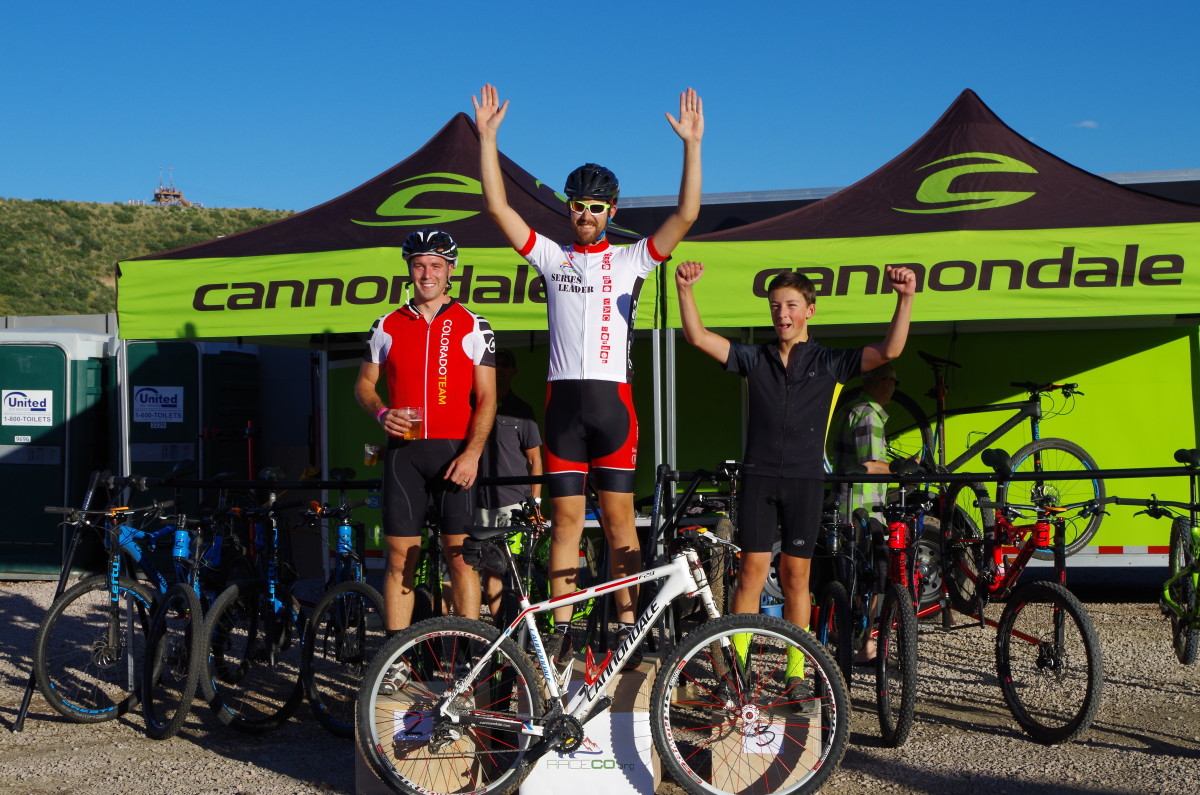 The weekend warriors’ expectations were a little different. As a group, they want to be treated how they perceive the pros are treated–i.e. free swag, leaders jerseys, etc. They also tend to want to ride the same course layout as the pros, without necessarily having to compete against them. This group also tends to favor alternative race categories such as fat bikes, singlespeeds, or even cyclocross bikes.

Finally, there are beginner mountain bikers who want to try out racing, but they are hesitant to jump in. Some of these folks are excellent riders who have just never raced, while others are literally brand new to the sport of mountain biking. In either case, they desire a “safe” environment where they can learn the ropes without getting run over by more experienced racers. This class of racer also tends to bring a huge “support crew” of friends and family, so it is crucial to have a spectator-friendly venue, as well as stuff for them to do during the race. After the race, beginners tend to dig the social aspect and love to recount their race over beer and food. Similar to the weekend warriors, they also like to win cool stuff and hear their name over the loudspeaker when they cross the finish line. 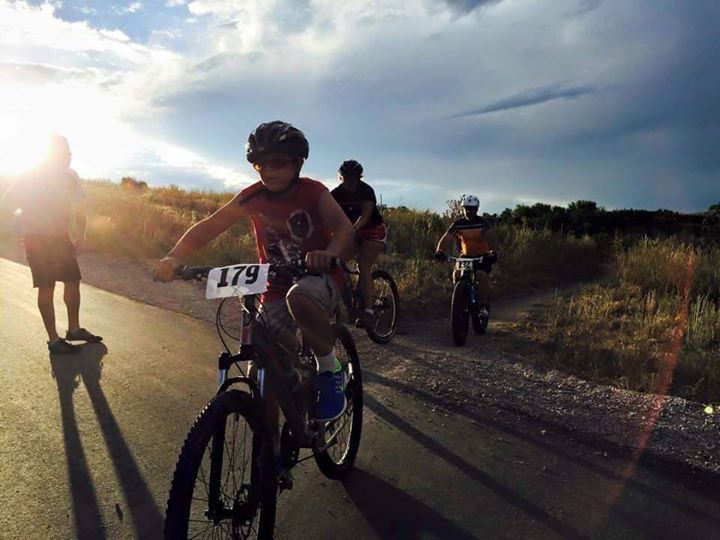 Getting It Off The Ground

Organizing a race series is more than just a bunch of people showing up with bikes and a stopwatch. As Kyle put it, “there are a lot of moving parts.”

The first challenge is to find a venue–or more than one, if you’re creating a series. With a location in mind, then comes the permitting process. Local municipalities, the US Forest Service, the BLM, or the state all have wildly different processes, requirements, and deadlines. Kyle chose the Philip S Miller Park complex in Castle Rock, CO and as a town employee as his day job, he had the connections to get it done… but it was far from a slam dunk. The town did a fantastic job developing the trail networks at both Philip S Miller and the nearby Ridgeline Open Space, but having a bunch of bike racers and their entourage descend on your park can be a tough sell. The upshot is that the would-be race organizer needs to convince the town that there will be a positive benefit that outweighs the extra work. 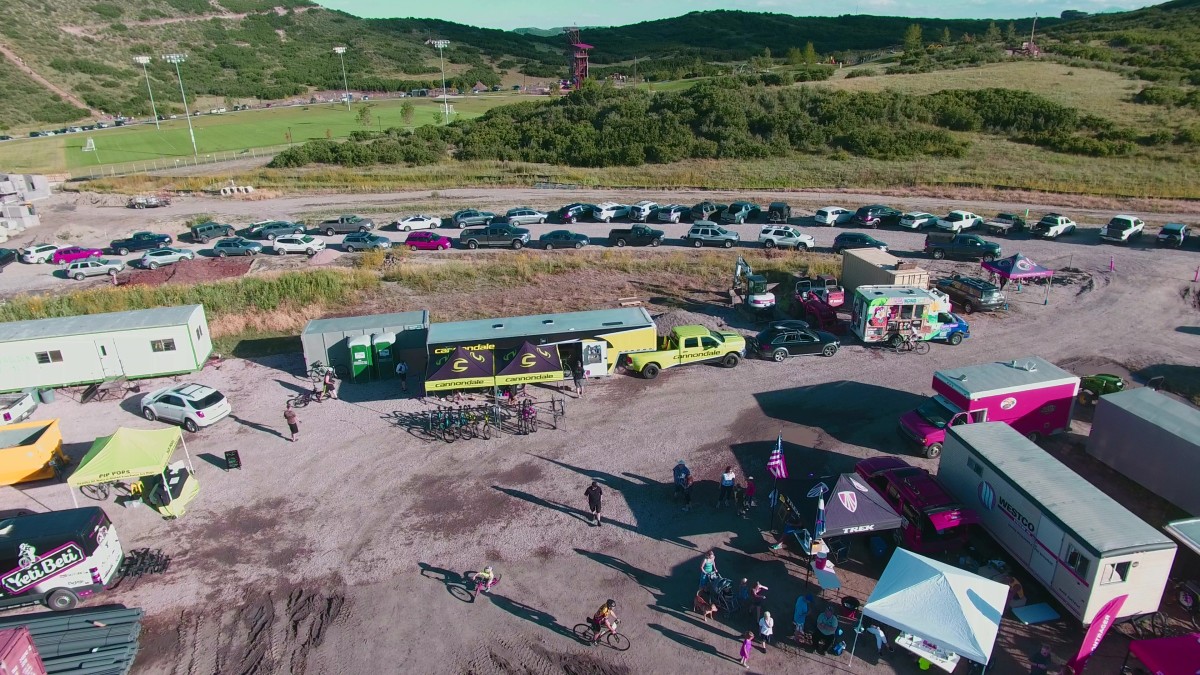 Aside from the sheer amount of time involved just getting the idea approved, there is also a pretty hefty financial burden. There are the costs for the licensing, insurance, overtime for police, medical staff, bathroom facilities, swag, cash payouts, etc. There are also some substantial costs for setting up a website, online registration, and contracting with a timing company. Most of these costs are out of pocket before one person has even registered for the first race. This is where sponsors come in.

See Also: “Opinion: Why You Should Always Pre-Register for Events“ 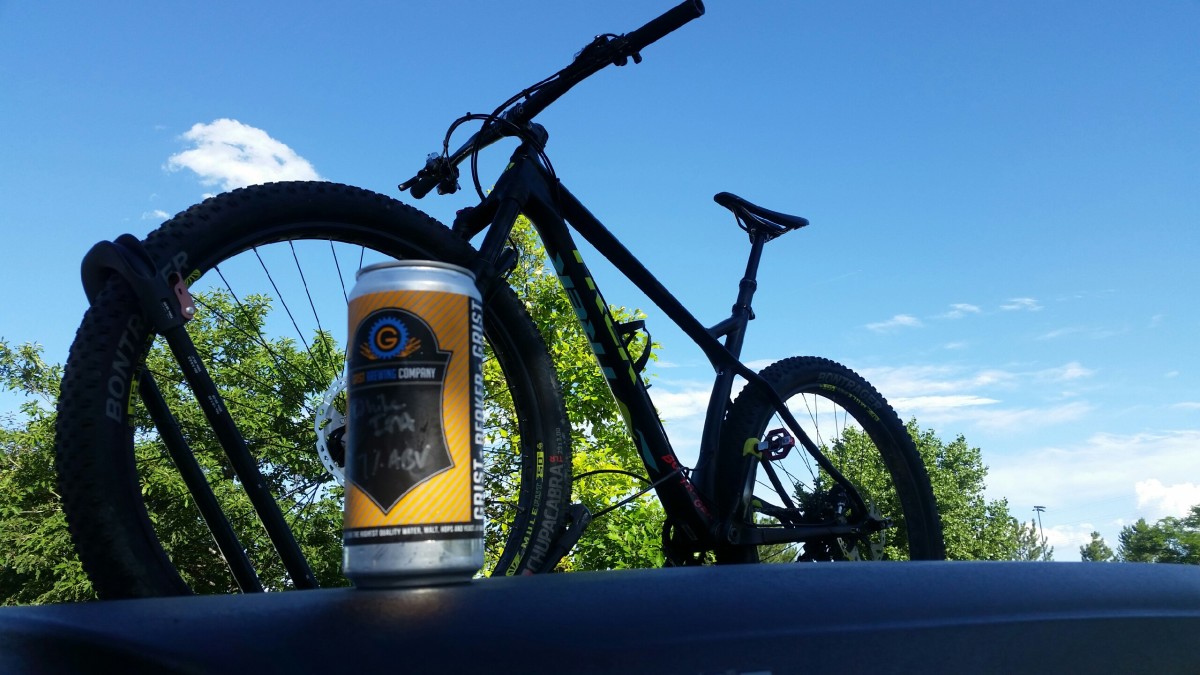 Getting sponsors for an established event can be challenging, but getting them on board for a future event with uncertain attendance can be particularly tricky. Selling the vision is what gets it done at this phase of the operation, and Kyle and Bryan have done a fantastic job of lining up some killer sponsors such as Grist Brewing Company, aerial drone vendor Multicopter Warehouse, and several local bike shops with bike manufacturer support. Unlike most other races, RaceCO requires their vendors and sponsors to field at least one racer, or preferably a team of racers. This helps get the sponsor more deeply invested in the event and has opened doors to other sponsors through word of mouth.

It’s impossible to adequately describe here how much time and effort goes into this process, not to mention a bit of luck and serendipitous timing. If you’re a racer in a grassroots-type race or series, be nice to the organizers, or better yet, get involved as a volunteer!

See Also: “The Trials of an MTB Race Director“

Everything up until now has just been details, but what can really make a race shine–or fall on its face–is the atmosphere. Races like the MAC series rely heavily on vendor sponsors as well as food trucks, local microbreweries, and local shops to help put together the overall grassroots feel. Racers of all classes down to the youngest juniors get treated like rock stars and have a chance to win awesome prizes. Friends and family can hang out and chow down on awesome local food washed down by local microbrews on tap.

In an interesting twist, RaceCO doesn’t charge food vendors a fee to show up at the event. If they want to contribute swag or give out free stuff, that’s cool, but the focus is more on the attendees having access to great eats, rather than making money for the organizers.

Another great feature is that the trail network itself allows for varied courses each week, as well as easy access for spectators at a number of points along the track. 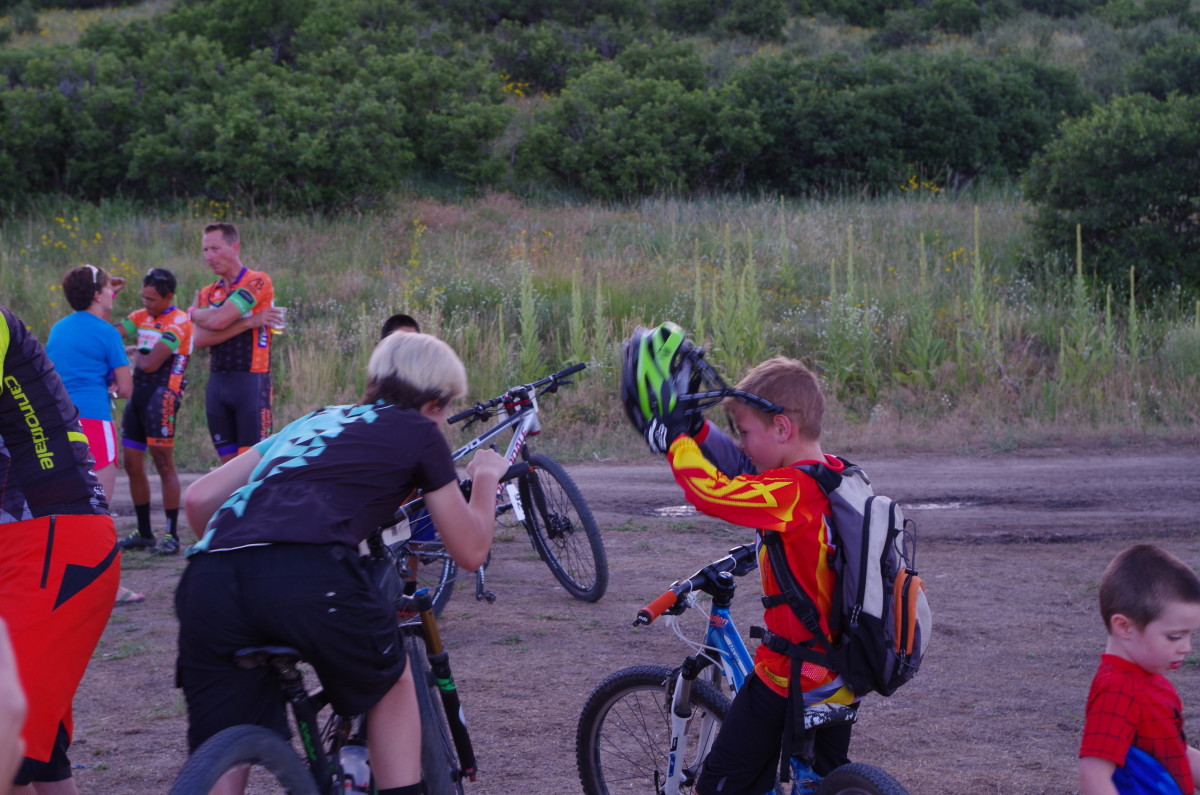 You may have noticed that this is not a USAC (USA Cycling) or BRAC (Bicycle Racing Association of Colorado)-sanctioned event. It seems like lately, a lot of races and race series are doing quite well without the help of major sanctioning bodies, while at the same time USAC keeps threatening to get tough with pro riders about participating in non-sanctioned events. Kyle and Bryan said they were approached by both USAC and BRAC about becoming a sanctioned event, but they felt that the only thing those organizations bring to the table is extra cost for the racers.

According to Kyle, “there’s a need to change the culture around bike races.” Not everyone wants to get up at 5am, leave their family, drive several hours, race for 3-5 hours, get a water bottle and hopefully a podium, and then drive several hours home again. While there will always be a place for this type of racing, there is also a large group of racers who want to show up after work on a week night, race for an hour and a half, hang out with friends and family, and head home at a reasonable hour. With one season already in the books, the MAC series has tapped into this wave of change in the MTB race scene, and after averaging 160 racers per night over 5 races in 2015, they are on track to triple that for 2016–even with adding 4 more races! 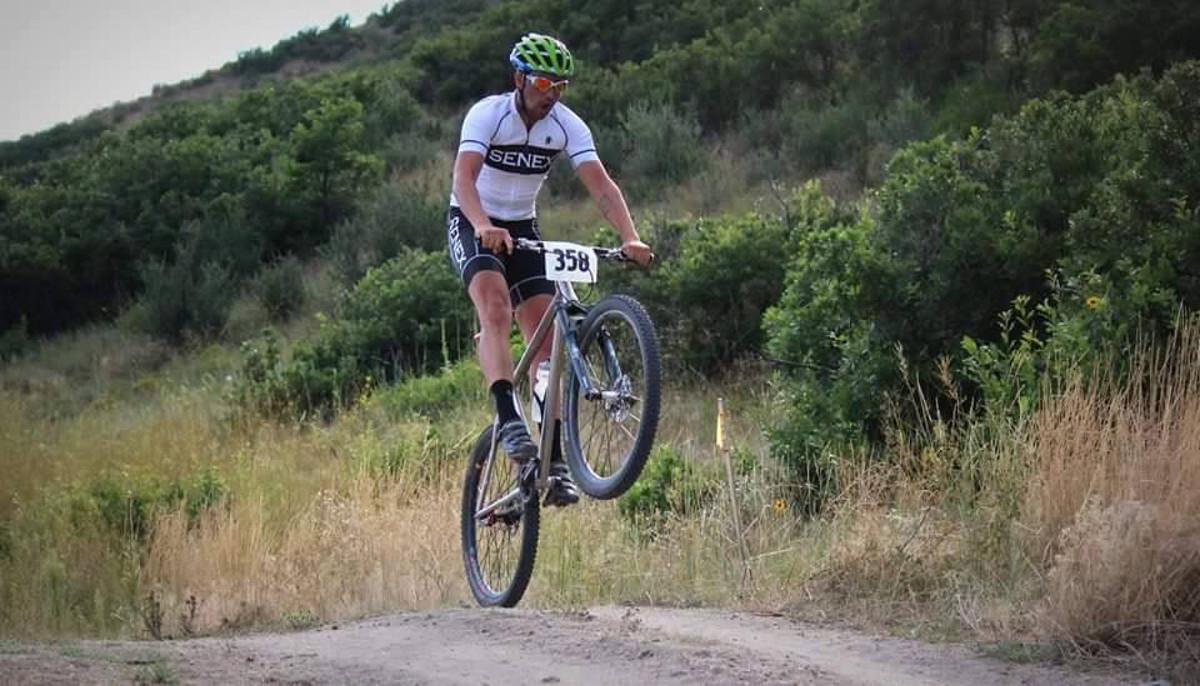 Along the way, they have made a few small adjustments, and are also looking at adding even more cool features in the coming seasons. Some examples: live online racer tracking, automatic results live posted to the social medium of your choice based on your race plate number, and other social media tie-ins.

If you are in the Denver area and want to race, my daughter and I both did the 2015 MAC series, and I personally recommend it. For other parts of the country, hit up the national MTB forums, Reddit, or local boards, and browse the comments to judge the vibe of races in your area. Your local bike shop can also be a great source for race info.

Your Turn: Know of any other good grassroots races? Drop a recommendation/link in the comments below!