Mountain bikes, food, beer, live music, swimming, boats, wheelie contests, more mountain bikes, and a couple thousand of your new best friends, all in one place. What could be better?

This is Dirt Rag’s Dirt Fest, the largest mountain biking festival east of the Mississippi, and the second largest mountain biking festival in the country. It takes place at the Allegrippis Trails, on the shores of Raystown Lake in Pennsylvania. It’s an area that, at first glance, seems very unassuming. But look closer, and you’ll see why thousands of people flock to rural Central Pennsylvania each May to take part in this celebration of two wheels.

The venue is Susquehannock Campground, a peninsula that juts out into the 8,300-acre Raystown Lake and sits smack dab in the middle of the Allegrippis Trail System and 33 miles of flowy singletrack. This small peninsula is very quiet and peaceful most of the year, but for one weekend, it is inundated with 700 campers and thousands of day-of attendees, a live music venue, an expo, and more bikes than you could count, including a wide array of demos. The lake allows for post-ride swims, kayaking, paddleboarding, and the ever-popular houseboat rental for the weekend from the local marina. There are kids rides, women’s-specific rides and clinics, and plenty for everyone to enjoy, regardless of ability, background, age, and riding style. Fest-goers can choose to take part in any number of group rides, clinics, beer tastings, and more, or they can choose to not take part in any special events and just enjoy being outside, camping, and riding mountain bikes. 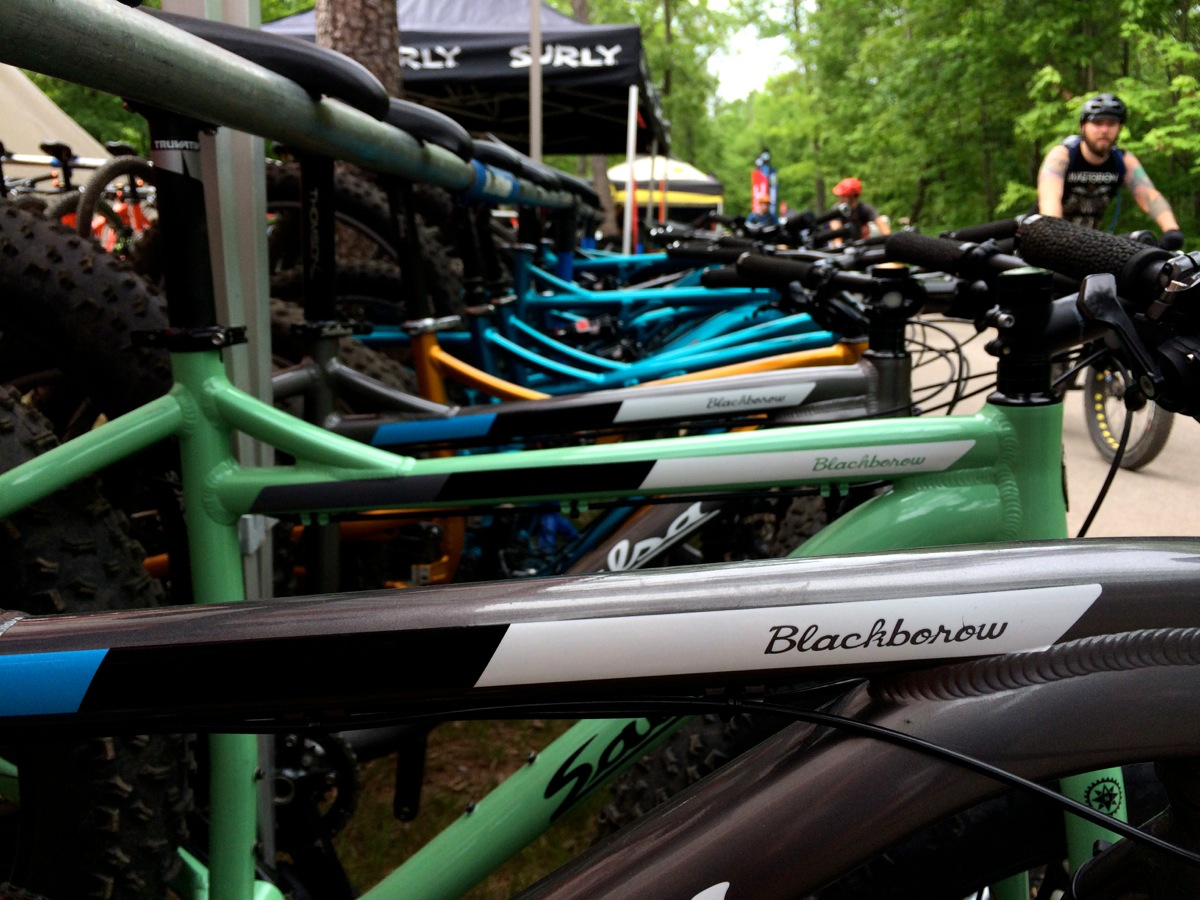 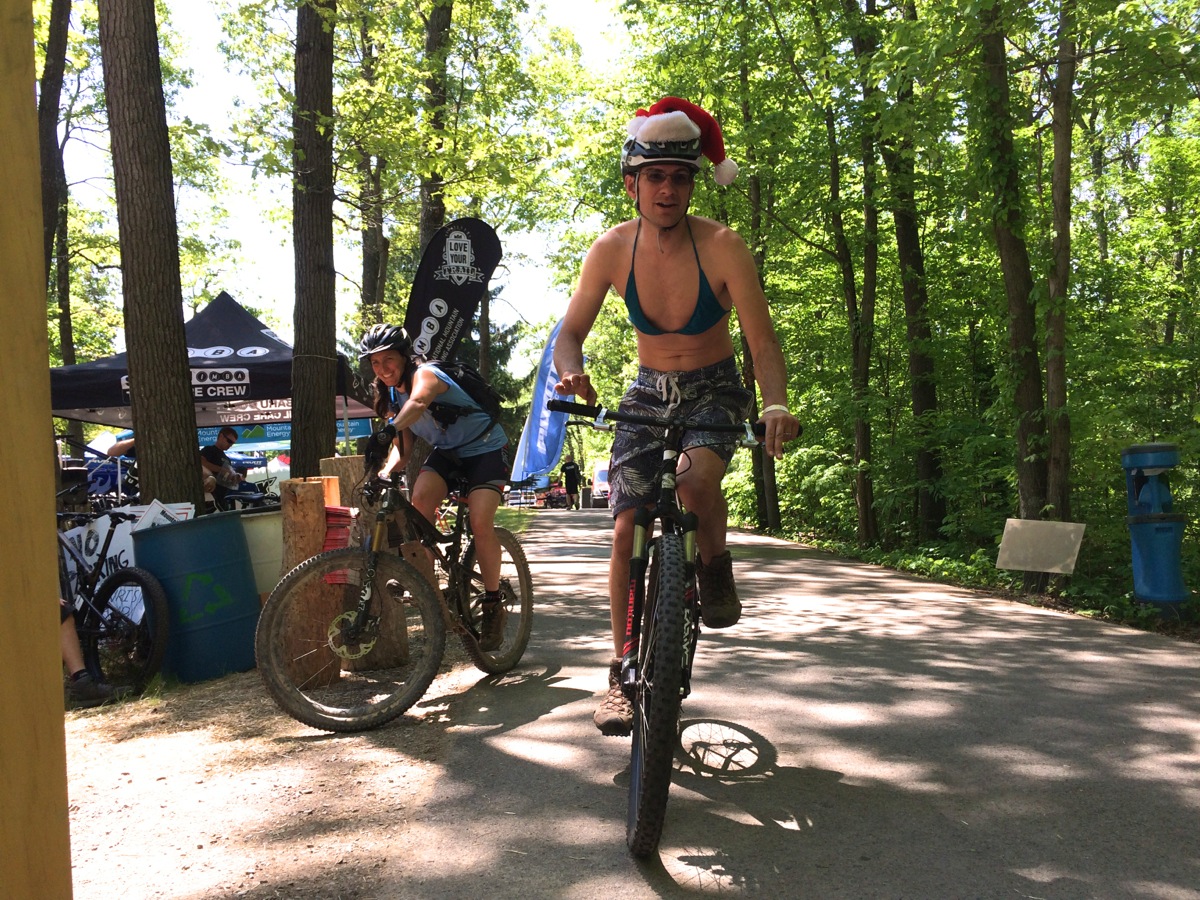 But the Fest hasn’t always been this way. The first Dirt Rag Dirt Fest took place in 1991 at Camp Soles, a YMCA Camp in the Laurel Highlands near Pittsburgh, and it was very different than the current incarnation of the event. There was no expo, no demo bikes, no scheduled live music and no free beer. Instead, the highlight was a mud pit competition, and the fest-goers were mainly men who were all riding around on essentially the same bicycle. This event coincided with an explosion of mountain biking in the early ‘90s, but only lasted for two years, dying off after 1992 as Dirt Rag Magazine took off and there was no time to devote to a mountain bike festival. It wasn’t until 2010 that the event returned, this time with a different venue, the newly-christened Allegrippis Trails.

The trails opened in 2009, and it was shortly thereafter that talk of a second generation of Dirt Fest began. Maurice Tierney, publisher of Dirt Rag Magazine, approached Evan Gross, local mountain biking guru and the instrumental force behind the opening of the Allegrippis, about the possibility of an event, and they made it happen for the following year. The first reiteration of Dirt Fest saw about 1,000 attendees and had a very different look than the original Fest back in the ‘90s. While the first year was still mostly a bunch of dudes, the event has quickly evolved into a diverse mix of people on an equally diverse mix of bicycles: everyone from granddad on his 15-year-old Trek to the toddler on his Strider bike to that group of guys sporting the latest and greatest rig on the market. There are riders in costume, riders wearing bikinis, fully-kitted riders, and riders wearing jeans and a cotton t-shirt. A much higher percentage of attendees are now women, and companies such as Juliana and LivGiant offer entire fleets of womens-specific demo bikes. There are kids and teens rides, unicycle clinics, and a fat bike0only group ride. There is live music Friday and Saturday evenings, a “Brewers Grove” that offers beer tastings throughout the afternoon, food vendors that include a sushi truck and wood-fired pizza oven, free kayak and paddleboard rentals, and a Sunday morning yoga class.

I became involved in the event in 2013, only a few months after I had caught the mountain biking bug, and shortly after I had begun to date Evan, who still plays a lead role in the organization of the event. I had heard a lot about it, but I still wasn’t sure what to expect.

What I discovered was the embodiment of mountain biking, all in one place, all in one weekend. I discovered a lot of cool people who just wanted to have fun, ride bikes, and hang out. I discovered people who were passionate about the sport, seeing it grow, and seeing people fall in love with it–much as I had not so long ago.

I discovered a dedicated crew of volunteers, which I became a part of, and have worked with in the years since to make sure the event runs smoothly. I discovered this really cool thing right in my backyard that I now get to play a small role in making happen. I’d be lying if I said it wasn’t tough sometimes–repeatedly waking up at the crack of dawn after being up until 2am the night before, manning the registration tent and shuttle stop until midnight while everyone else is grooving to the live music, and watching everyone else go ride all day. After almost an entire week of setup for the event, I’m usually nearly exhausted by the time it officially begins on Friday–and by Sunday, the only thing keeping me awake is continuous coffee consumption. But it’s all worth it to see the enjoyment that a few thousand people get out of spending a weekend on our trails. 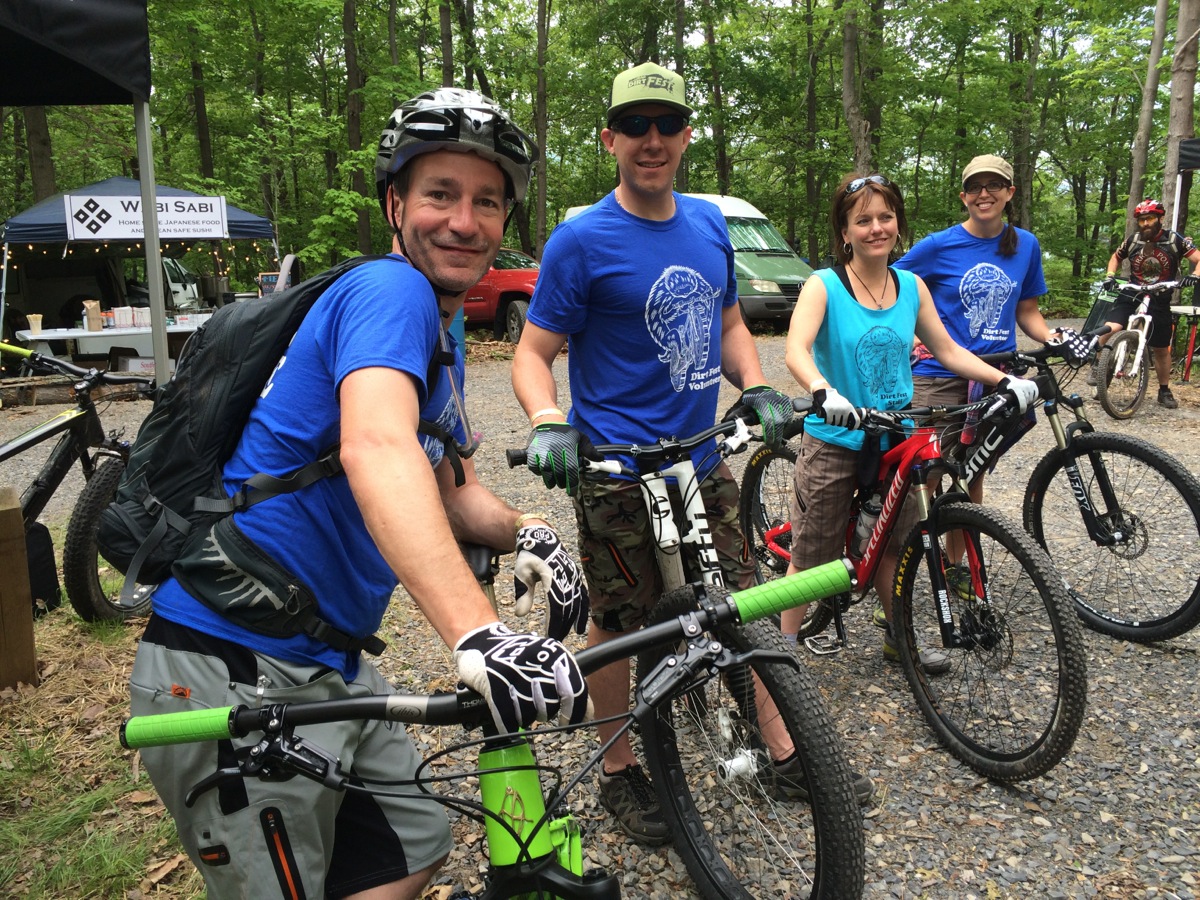 Each year, Dirt Fest gets bigger and better. This year there were nearly 3,000 attendees, and improvements included the opening of another trail across the lake from Allegrippis–the Terrace Mountain Trail, which was accessible via boat shuttle–and the use of solar energy to power the entire event, courtesy of Zero Fossil Energy Outfitters out of Pittsburgh, PA. Now, only a few weeks after the event, plans are already in motion for next year, and it surely won’t disappoint!