Mountain bike race genres shift in popularity at a slightly slower frequency than trending colorways. Which is to say, shifts are frequent, but a positive for athletes. Unlike road or cyclocross racing that generally maintain their original forms, mountain competitors can try different disciplines, chase sponsorship cash as it jumps genres, and refresh their love for the dirt by transferring their skills to new challenges.

Former 4X (four cross) World Champion Katy Curd is a living example of athletic adaptability and perseverance. She slingshot herself to the top of international 4X leaderboards, scrubbing jumps alongside three other talented ladies, and when 4X wained in popularity and prize money, she took to downhill racing. Katy has endured shifts in the sport that saw a lot of riders hang up their bikes for a day job, alongside some significant injuries that required her to deeply refocus and recover.

On the other side of some career adversity, today Katy’s palmarès include a silver medal from Junior World Champs, reigning UK Downhill National Champion, winner of several World Cup downhill podium positions, and a European Championship title. To keep the calendar packed, she works a second job as a full-time professional skills coach. We recently spoke with Katy about her developing athletic career and plugged in a couple of questions from Singletracks readers. 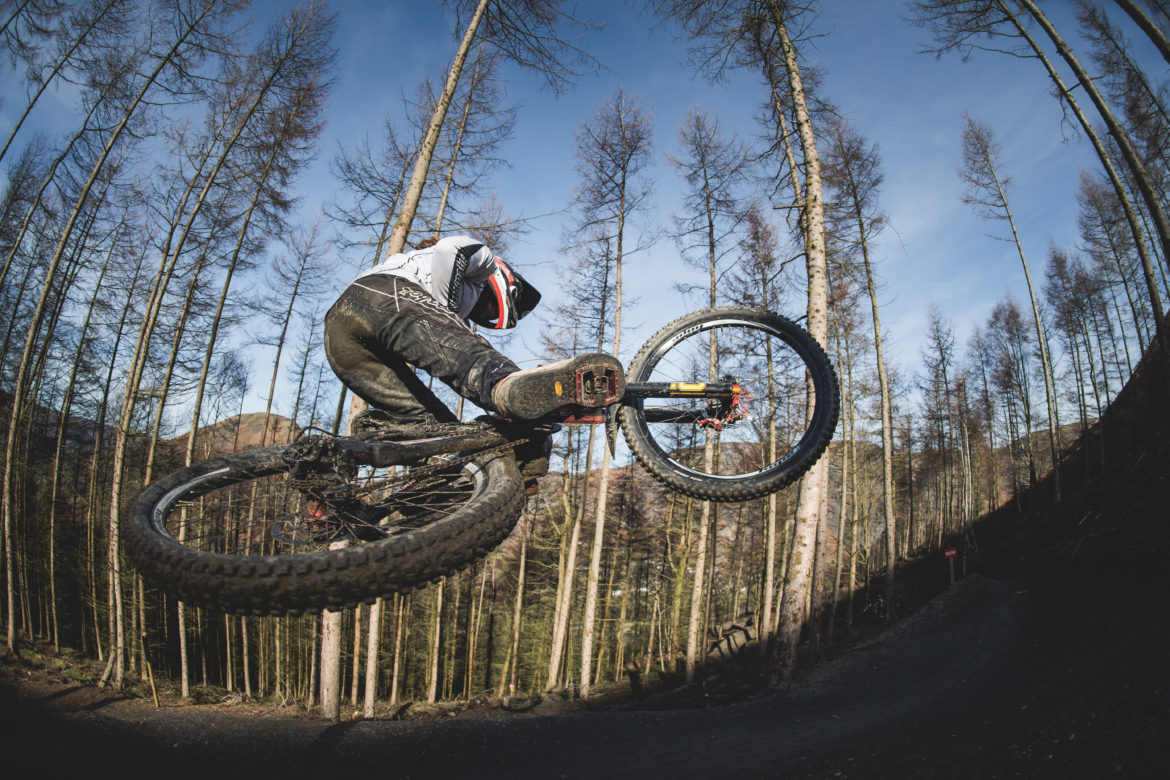 To get an idea of how much support an athlete has received, and who has encouraged them to pursue a taller challenge in the sport, I like to start off by asking how they were motivated to pedal for a living. Curd’s first fire was stoked by playing bikes with good friends.

“I have always ridden a bike since I was little. Nothing serious just always playing on two wheels with my friends, pulling skids, wheelies, building little kickers and jumps everywhere and just pushing our limits bit by bit. I think it was the progression and fun factor that just pulled me in more and more! I love riding my bike, trails bikes, dirt jumps, downhill, anything on two wheels just makes me happy.”

Curd has earned some massive achievements since winning a silver medal in the Junior World Champs, and she isn’t grabbing the brakes any day soon. Her other accolades include a 4X World Championship win in 2014, multiple 4X National Championships in the UK, a UK National Downhill Championship, and multiple top-ten World Cup downhill finishes in 2018. 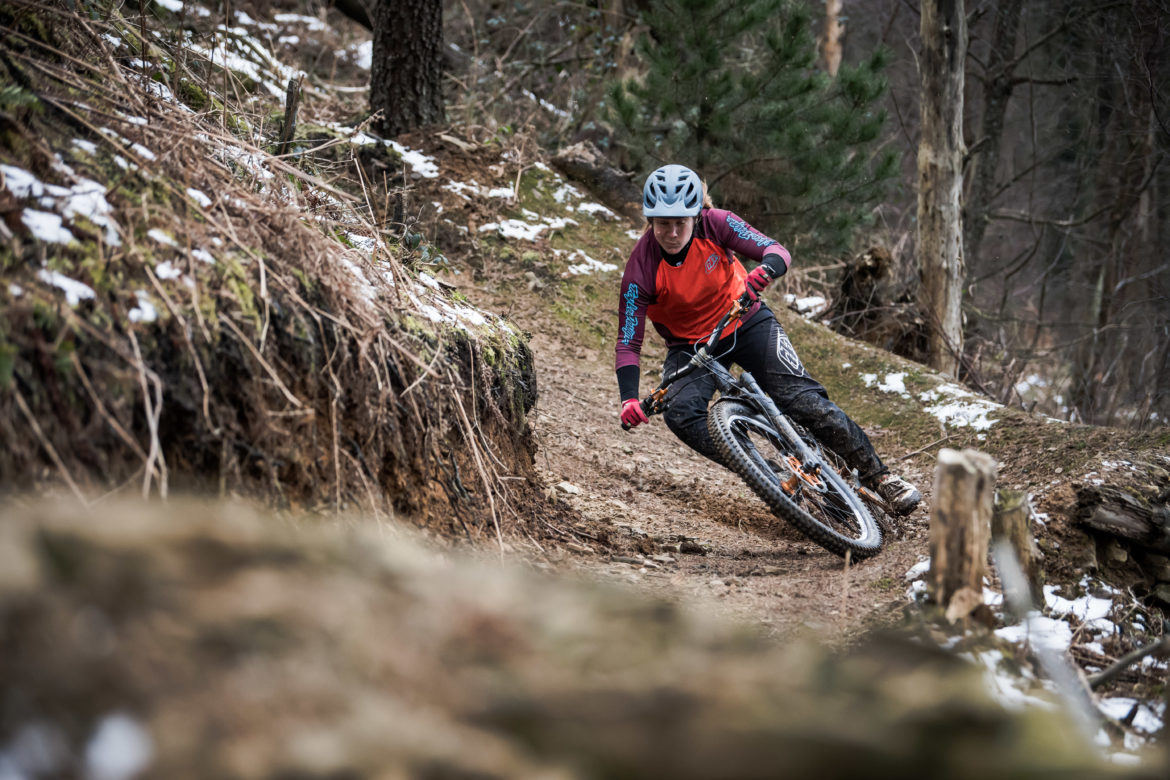 Curd is part of a living timeline for the gravity-BMX discipline of 4X. Though fewer pro riders are lining up to those four tall start gates today, the spectator-friendly sport isn’t entirely lost.

“I wish 4X racing wasn’t in the state it is in now but from the outside, you can see a lot of the top riders have now left simply because there isn’t the funding and support in the sport anymore. It is such a shame as I love 4X and always will. It’s great fun to race and great to watch but unfortunately, I can not see it ever returning to the popularity it [had] back in the day.”

With the looming World Cup and British National downhill series a blink away, Curd is training hard for a full schedule of full-send and is racing the entire UK National Downhill and World Cup Downhill series.

“I’m looking forward to […] Maribor and Fort William […]  the most. Good tracks and the best atmosphere [..] always makes for a good race. I feel I have performed better on the shorter tracks in previous years but I have been working on strength and endurance over the off season so I am looking forward to coming into this season fitter and stronger and ready for all the World Cup venues.” 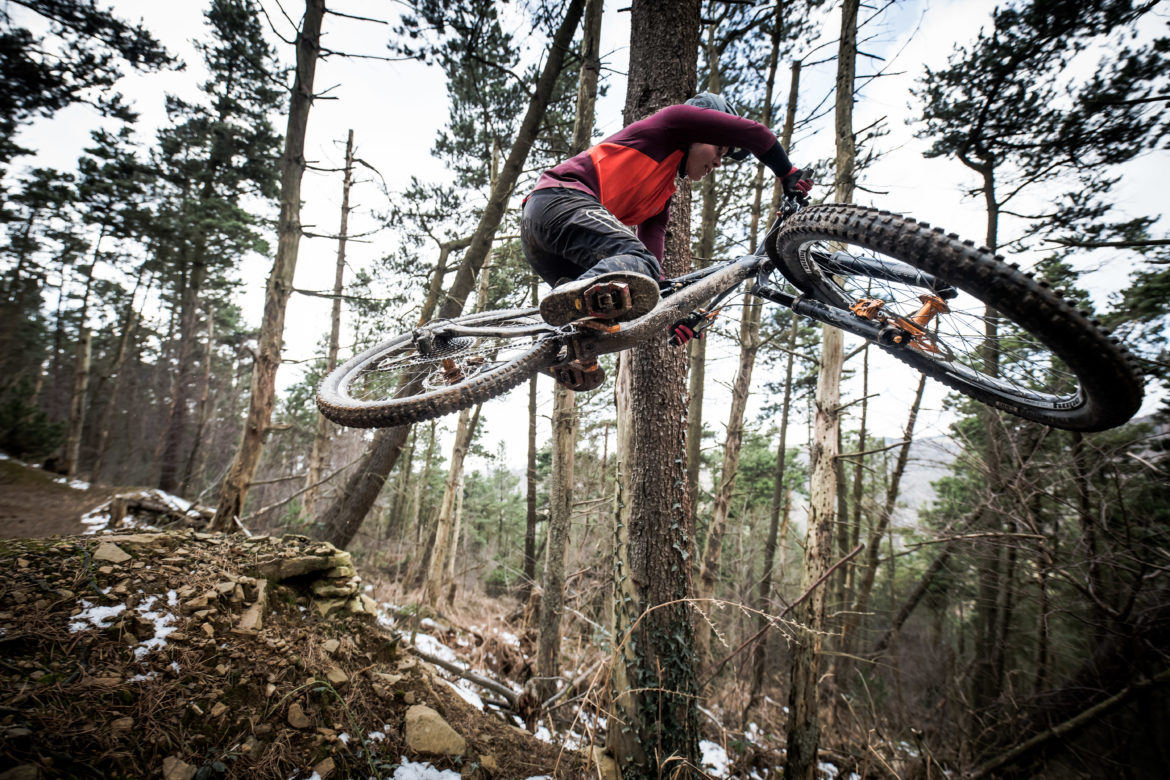 Even though she’s a pro, Curd still has rough days on her bike. A Singletracks reader wanted to know how pros like Curd get back on track.

“Its always a hard one. I think everyone has an off day every now and then, but all I try and do is make myself smile. Pull a wheelie, skid into a turn, blow up some roost out of a turn, anything where it puts the fun back into riding. […] As soon as I start feeling I’m having an off day if I don’t just simply ‘play’ on my bike I will just get more and more tense and then my riding gets even worse, so just stepping back, slowing down, and having some fun […] gets me back to riding good again.” 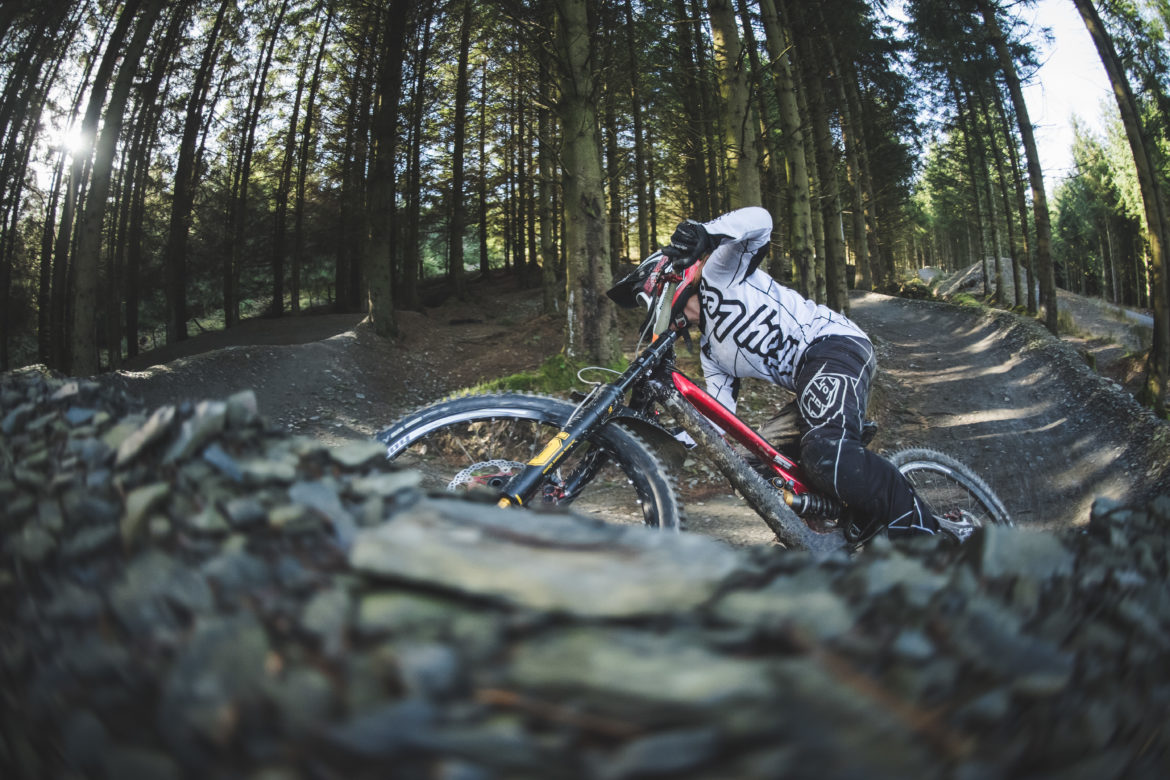 Another reader wanted to know if Curd has any race-preparation rituals.

“No pre-race rituals from me, I just go with the flow and how I feel on the day! I have a warm-up routine for the top before the race and listen to my music to get me in the zone but other than that, nothing.”

“Fear is a big thing I get asked about in coaching all the time. I think fear is a good thing. It keeps us safe but we also need to learn to push our boundaries. The way I coach people through fear barriers is simply just teaching them the skills to get over features they are scared of, building the skills up throughout the session. This builds confidence and it gets them thinking in a completely different way, switching their focus from what they are riding to what they need to be doing and this really helps build confidence quickly.”

Curd also has skills tips for riders who want to take their mountain biking to the next level. 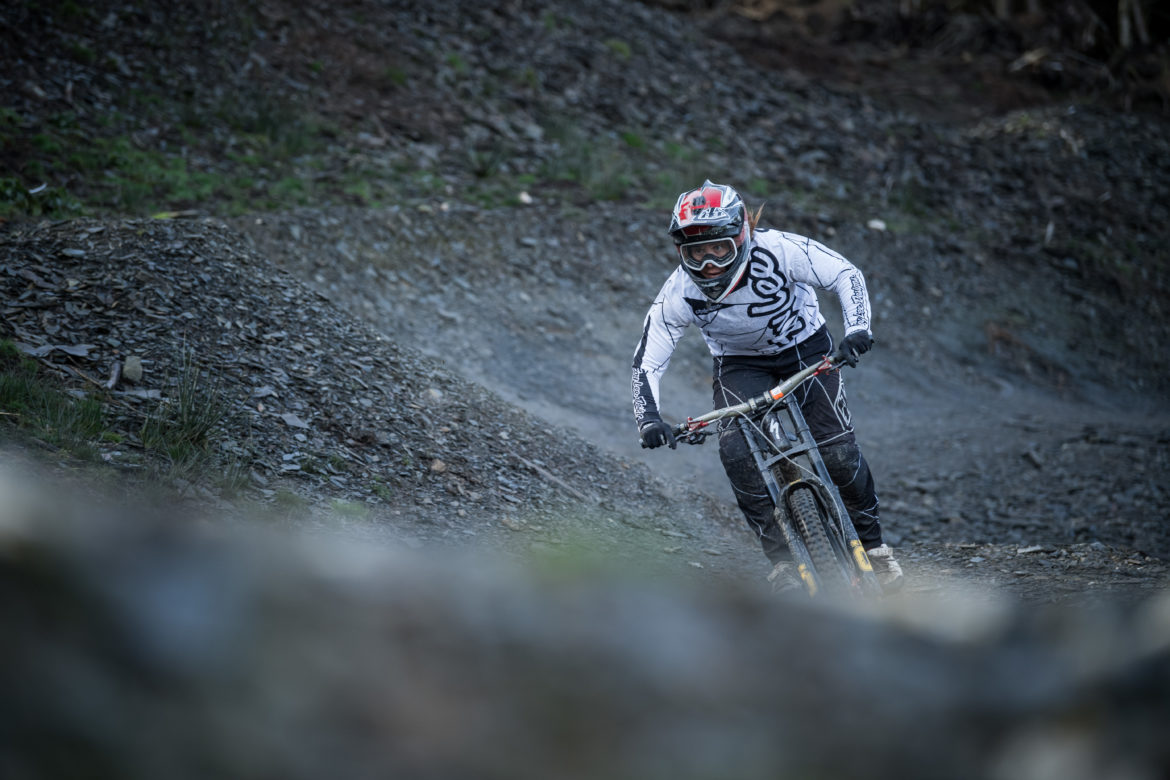 With a long list of trail centers and bike parks dotting the British countryside, we asked Curd where her favorite tracks are in the UK — and in her travels around the world.

“I think my favorite DH place to ride in the UK is Llangollen. I just love it there. [It is] steep and fast, it always brings a smile. [My] favorite place in the world is a hard one. I still have so much to explore but I think at the moment it has to be the Swiss mountains, maybe Verbier, [where there is] amazing riding and amazing scenery.”

Another reader asked what a perfect day on the bike would look like for Curd.

“A perfect day for me would actually be a good morning on the DH bike at some of our local steep tracks. They are short but good fun. Then an afternoon and evening on the dirt jumps with all my friends and a BBQ. My dirt jump bike is where I started out and it still brings me the most joy out of all my bikes. 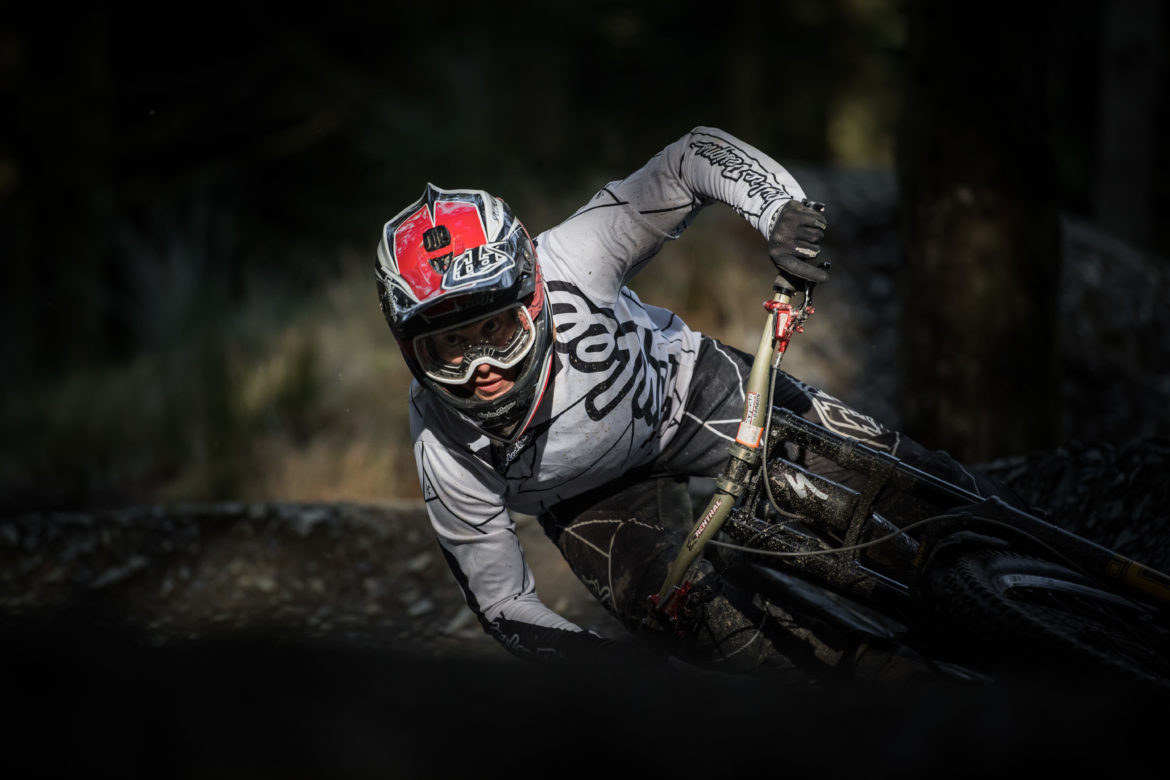 Finally, what does a world-class athlete like Curd do off the bike?

“I enjoy just spending time with my friends and family as I don’t get to see them very much, especially during the race season. I love walking my dog, going on random adventures with my best friend, just going away in the camper van for a weekend, eating good food, simple things!” 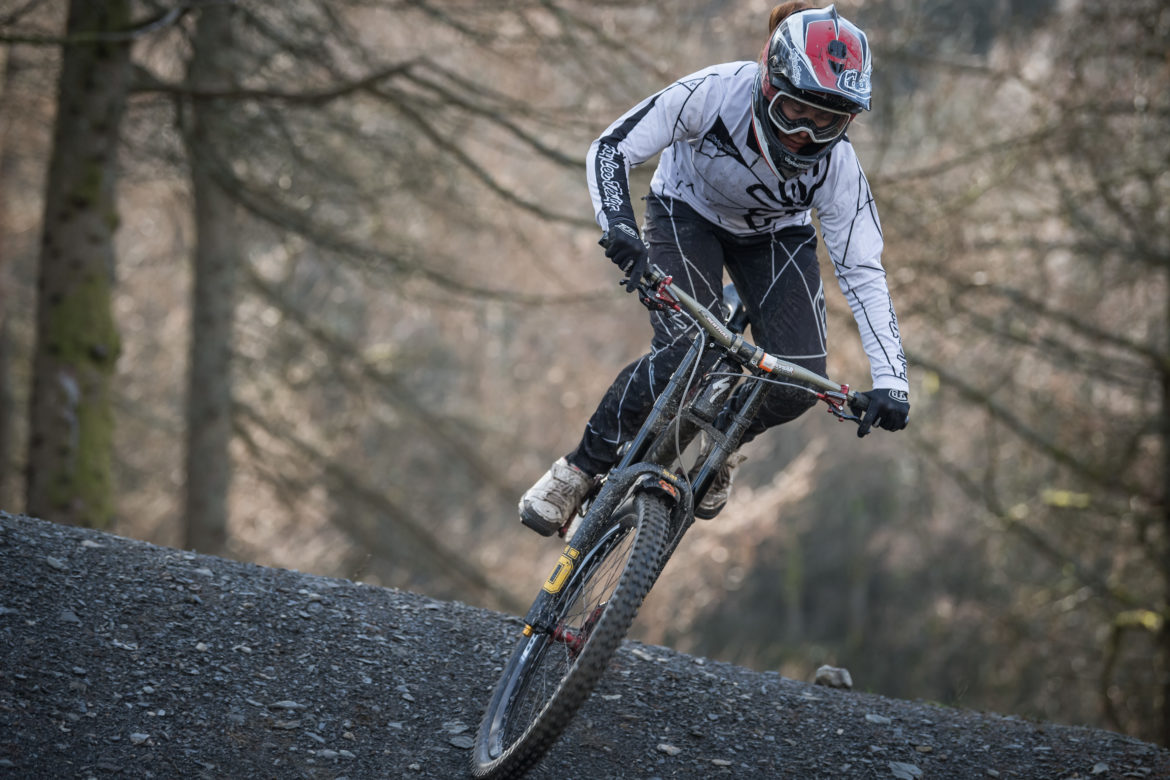 Follow along with Curd’s race season here. Readers can find more about her coaching on her website.