Fast rolling singletrack that loops around Fanshawe Lake, loop is about 24km with options at times for easy and more difficult sections (marked with a double black diamond). Trail is very easy to follow, just keep with the blue and white markings on the trees / rocks. Make sure your going in the correct direction as well (clockwise on even numbered days, counter-clockwise on odd)
http://www.thamesriver.on.ca/Parks/Fanshawe_Lake_Trail.htm

First added by RatchRacing on Feb 16, 2008. Last updated Apr 28, 2020. → add an update
Before you go
This trail information is user-generated. Help improve this information by suggesting a correction.
Getting there
Route to Trailhead with Google Maps
From highway #401 take Veterans Memorial Parkway north until you come to Huron st. Turn left onto Huron st. then right onto Clarke Rd. Look for the sign "Fanshawe Lake CA" and enter here. Pay you $5 and ride!
I Rode It!   Add to another list 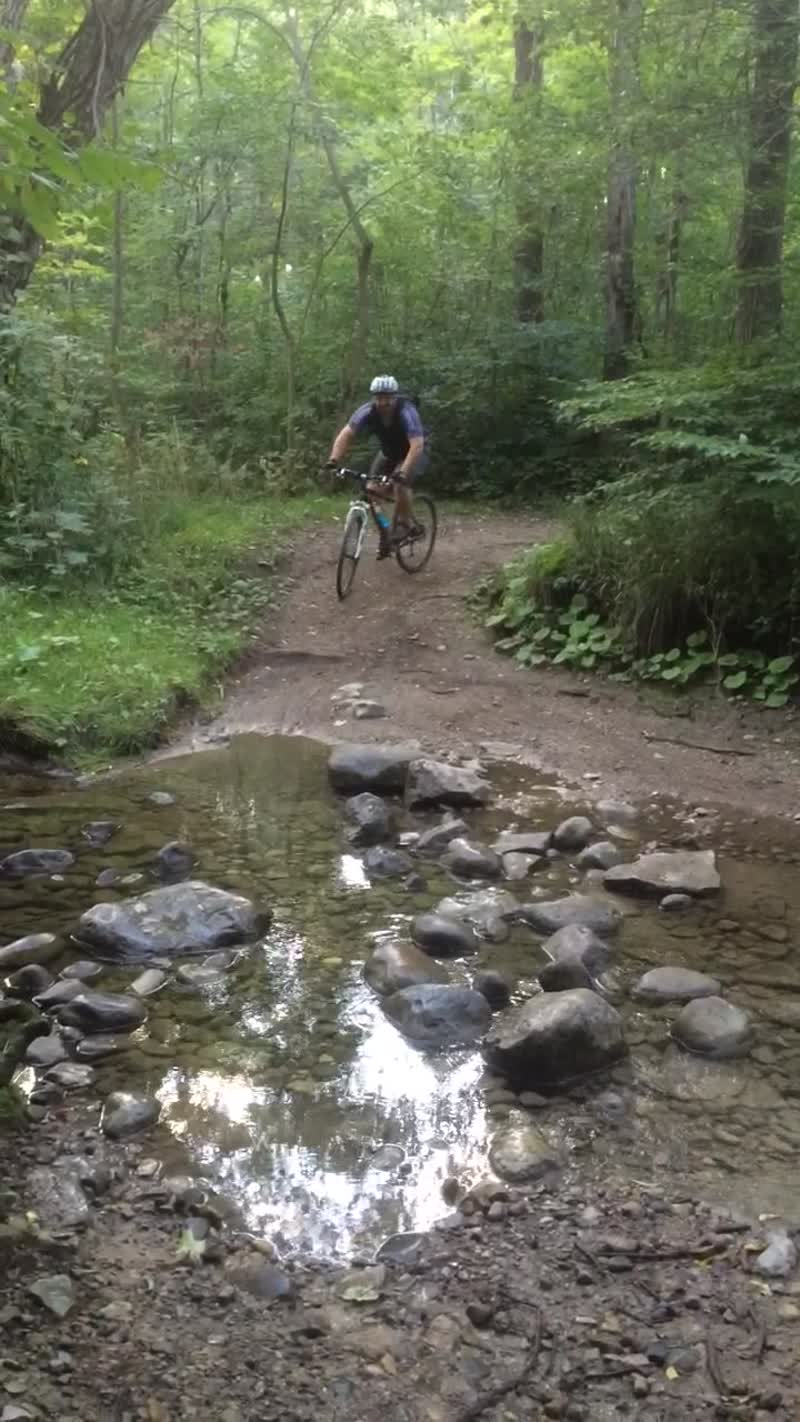