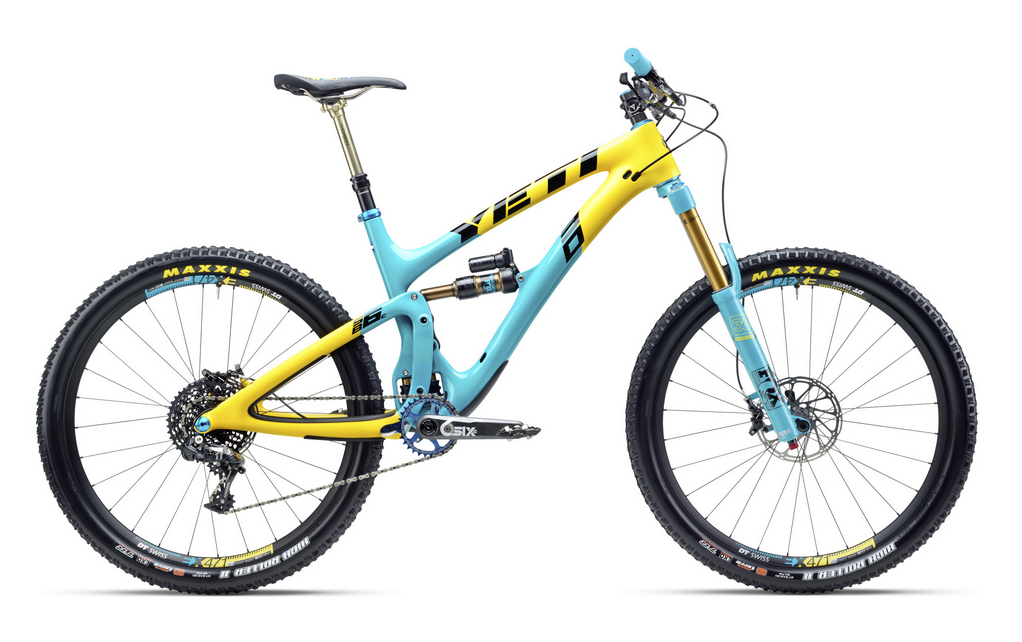 To showcase this redesign, Yeti is releasing a limited run of 250 custom SB6c rigs, which also commemorate their 30th anniversary. This limited edition will feature a “yellow-and-turquoise finish. . .[and] custom paint, anniversary graphics, and turquoise hardware,” according to Yeti.

The Limited Anniversary Edition SB6c will be available beginning September 15th, to the tune of 9,000 smacks (that’s US dollars–and yes, 9,000 of them). 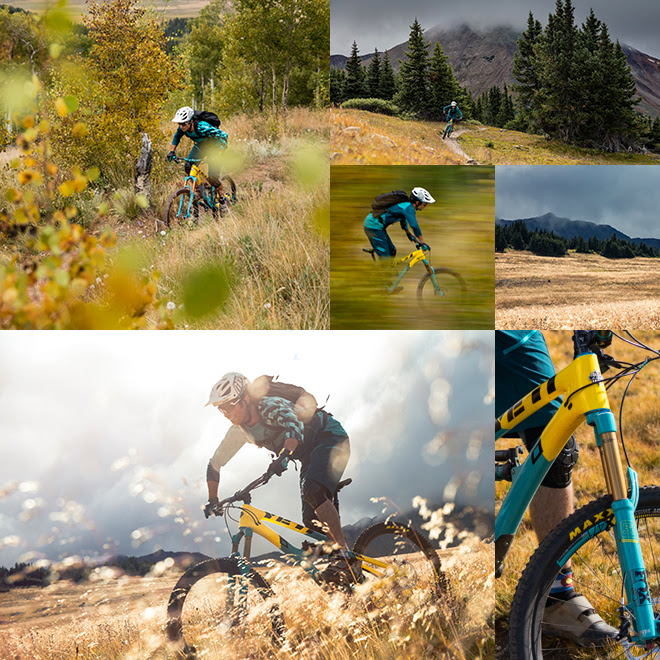 The SB6c was designed to excel on the toughest enduro race tracks in the world and it quickly earned an EWS World Championship under Yeti rider Jared Graves. Designed around Switch Infinity suspension system, the SB6c is massively capable when pointed downhill, but is totally at home when grinding out big days in the backcountry. The SB6c’s six full inches of travel are managed by a FOX Float X CTD rear shock. Switch Infinity suspension improves pedaling on the 6c because it has a firm pedaling platform but doesn’t give up any of the small bump sensitivity riders desire. Yeti has also tuned the kinematics of the Switch Infinity suspension to provide consistent responsiveness throughout the travel, especially when encountering larger, square-edge bumps.

With a head tube angle of just 65.5 degrees and a lengthy top tube, the SB6c features a long and low geometry that is perfect for steep, lumpy terrain and can handle the high speeds with ease. The 6c’s new Boost rear spacing also gives the chassis greater torsional stiffness and responsive handling under load.

Gear
An Inverted Dropper from Enve, Revel DJ Bike, and Improved...
Gear
We Tested 5 Tubeless Tire Sealants to See Which Ones...
Community
A Chain of Inspiration has Grown Mountain Biking in the...
Gear
The We Are One Arrival Is a Mid-Travel Bike With...
Subscribe
Login
Please login to comment
0 Comments
Inline Feedbacks
View all comments
Tags: Culture | news, sb6c, special edition, yeti
First published September 9, 2015 @ 14:42:40