Guillaume BOUT had a weird thought: what if someone designed a high wheel (Penny Farthing) bike with modern mountain bike components? As an artist proficient in graphic design software like 3ds Max, he decided to “create” one himself. 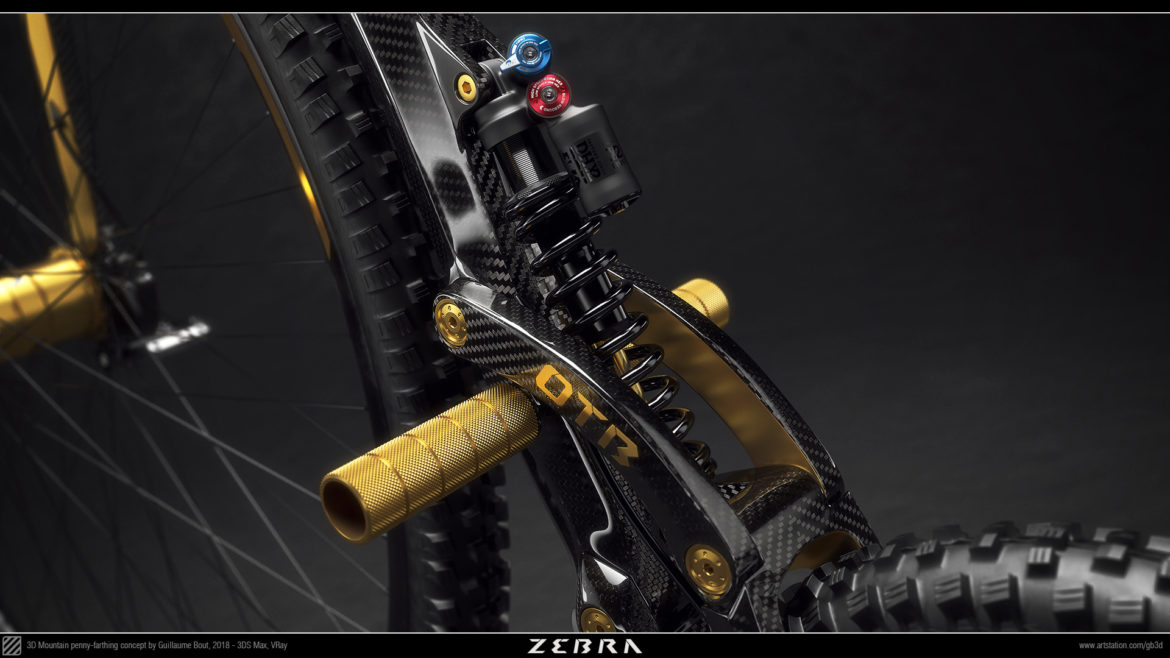 To be clear, this isn’t a real bike, though the renderings appear photo-perfect. This isn’t meant to be a real product either so no, he won’t be building a Zebra OTB or offering the (not real) bikes for sale. 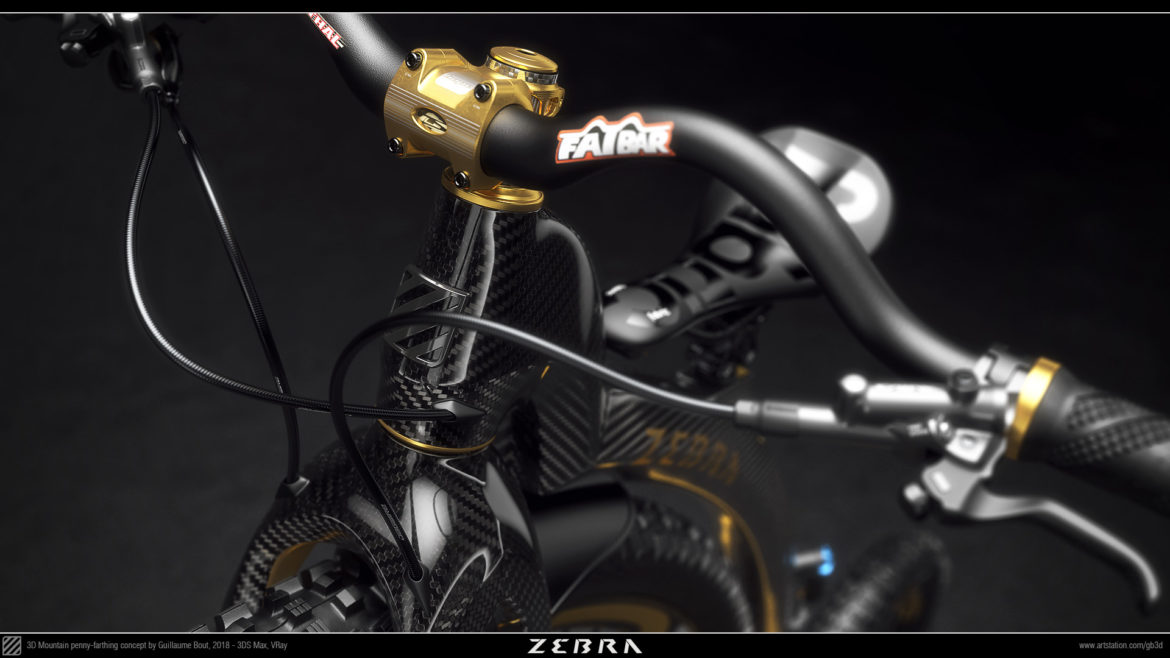 Here’s how Guillaume described the project on Artstation.com:

Well, this had to happen. It’s been lurking in a corner of my mind for about two years so it eventually had to get out: A 21st century mountain penny-farthing.

I started working on it barely more than a month ago and coincidentally, as I was about to publish it, the UCI just released the 2019 rulebook allowing for mismatched wheel sizes in downhill racing !

I am SO first on the bandwagon that I might be pullin’ it ! Haha 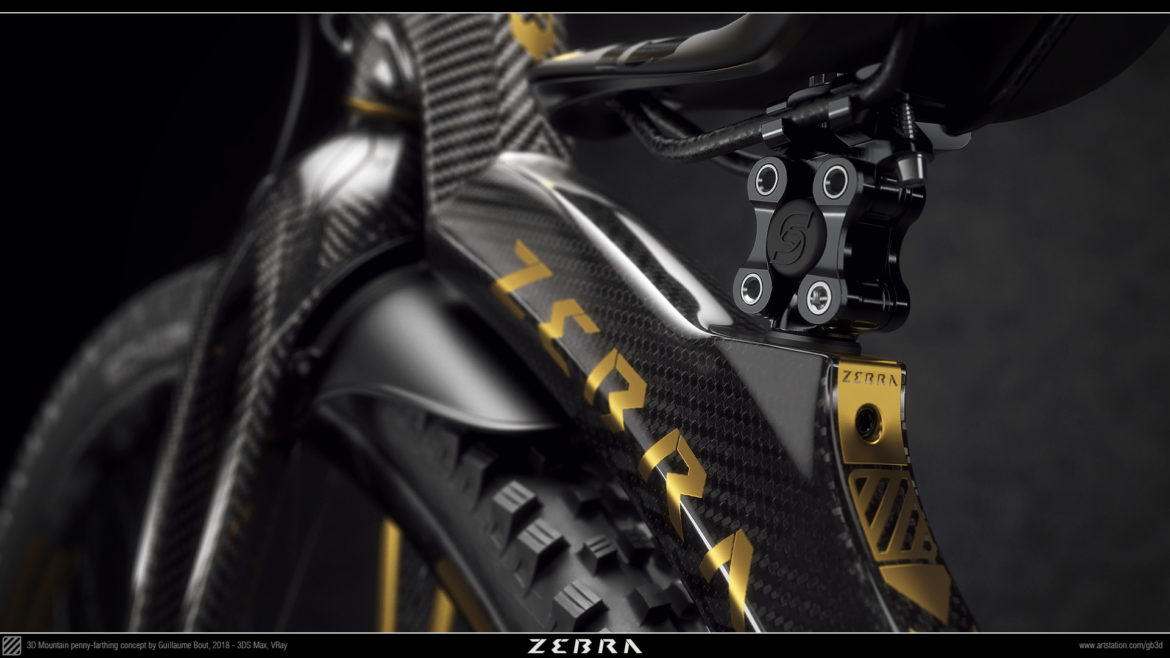 For more photos, plus full commentary on the various design choices and inspirations Guillaume used for this project, click here.

Mountain Bike Podcast
Fabio Wibmer Talks Confidence, Perfection, and Inspiration [Podcast #272]
Women
Keep Your Eye on the Prize: One Mountain Biker's Race...
Videos
Watch: 5 Things I Learned From My First Enduro Race,...
Videos
Watch: #MTBGirls Have a Message for You - Go Out...

HA!!! Well folks laughed at 29’ers and fat bikes when they first came out, and there is a guy in my town that rides a mountain unicycle…..so why not?!? I bet this thing would absolutely maul larger fallen timbers — on the other hand, if you misjudge a skinny you might end up breaking your back.

….would also love to see the 3D fatbike version of this! It could be called the Penny Fatthing or the Penny Plus, or, in keeping with the clothing industry, Big and Tall. ;- )

This is really stupid and really awesome.

Where can I get one?

I appreciate the thudbuster, but no dropper post?!? How would I clear a double or a road gap? Obvious design flaw if you ask me.

What a colossal waste of time, energy, and resources. Idiots.