I knew it was coming up. I had been keeping an eye on my total number of rides for the year on Strava for a little while, and the number had crept into the 90s. It was the most I’d ever ridden in one year, and equalled almost half of my total rides ever recorded in the app that I’ve been using for a few years now.

This is a lot of riding for me, and by the end of 2018, I should have a little over a hundred rides in the books. On a rough spread, that’s no less than two rides per week, but really, there were plenty of weeks without a ride, and a few weeks where I rode four or five times in a seven day span.

I started thinking about what I could do to make number 100 special and signify the milestone. Maybe I could ride across Denver and eat lunch somewhere I’d never eaten, but always wanted to, and then ride home.

Or, I could start my day off without coffee, climb up Apex, to the other side of Lookout Mountain, have coffee somewhere in Golden, and then ride back home in reverse order. This sounded like a real challenge and surely would make a great marker. It also sounded like hell riding the first half without a drip of caffeine.

A long-distance XC ride would be ideal, but we’ve already been getting a lot of snow and there isn’t enough dry mileage for that within a couple of hours’ drive.

Completing more endurance and cross-country rides has been somewhat of a change for me this year and is one of the reasons why I hit a hundred rides. I’ve always gravitated toward the gravity side of riding and put my climbing ability in the backseat. Trying to build endurance and prepare for a race meant that I had to ride more and go further.

But, I’ve also ridden more because it’s become a bigger part of my routine, and that was the plan. I bought a road bike and a BMX this year to diversify riding and give myself more opportunities.

When I was burnt out on riding the trails, I burned calories instead on the road bike, and became a noob at the dirt jumps again, on a tiny-tired BMX.

For 2018 I gave myself every chance I could to be on two wheels and it’s been one of my best years yet.

The day came for my 100th ride. It had been about a week since the last snow, and the temperatures had been in the 40s and 50s, just enough for things to dry up a little bit. The next few months will hold three- or four-day windows of dry riding, where it’s more important to get out when it’s good, instead of holding out for something more grand.

What did I do? Well, it wasn’t anything special at all. It was a ten-mile ride on Dakota Ridge during a lunch break. I went alone, snapped a few photos, posted the record on Instagram, ate leftovers for lunch, and went back to work.

After all, it wasn’t the 100th ride that made a hundred rides possible, it was every single collective ride. I shouldn’t be celebrating the one that tipped the scales. I should be celebrating a new normal. 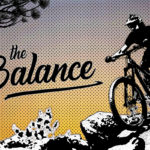 The Balance
Get caught up on the Balance, a column by Matt Miller.

Gear
Harley's New Electric Hardtail [Gear Watch]
Gear
Would You Rather Ride with No Suspension, or No Dropper...
Progression
How to Ride Flat Corners on Your Mountain Bike
Gear
We Tested 5 Tubeless Tire Sealants to See Which Ones...
Subscribe
Login
Please login to comment
5 Comments
Most Voted
Newest Oldest
Inline Feedbacks
View all comments

Congrats on a full season, Matt!

Did you have some particularly cherished rides among the 100? I have not ridden much in CO and would love to hear about your favorite places to pedal.

Thanks, Brian! Man, definitely a few…TOTW in Whistler, Lenawee here in Co, Idaho was killer…need to get more alpine riding in next year here, always makes for the best full day adventure rides.

I like the way you put it, “celebrate the new normal”. I started my new normal two years ago with a job change and a decision. Milestones are a good place to stop and appreciate it more.

Matt, I love the idea of “celebrating the new normal”! I personally value “goals” that are intended to create life transformation so much more than those you check off a list and never think about again.

Also, congrats on the new column. Stoked to follow along as it progresses!

Thanks, Greg! Much appreciated!