When Orbea released their revamped Occam 140mm x 150mm trail bike this spring, it was immediately clear that a subsequent change was coming for the Rallon. The two bikes shared a majority of geometry measurements, both were 29ers, and were separated by 1cm (10mm) of suspension travel.

Those pending changes have arrived, and the 2020 Rallon bikes are poised to attack. The new models gain an additional centimeter of front and rear travel, balancing the bike with 160mm of travel in the full carbon frame, paired with a 170mm fork. The rear suspension linkage has also been redesigned, and “early stroke sensitivity is improved by a higher starting leverage ratio, while the progressivity is increased from 8% to 20% to provide more bottom-out support.” That should all translate to more traction at high speed and a nice parachute-opening effect to support the last bits of squish. 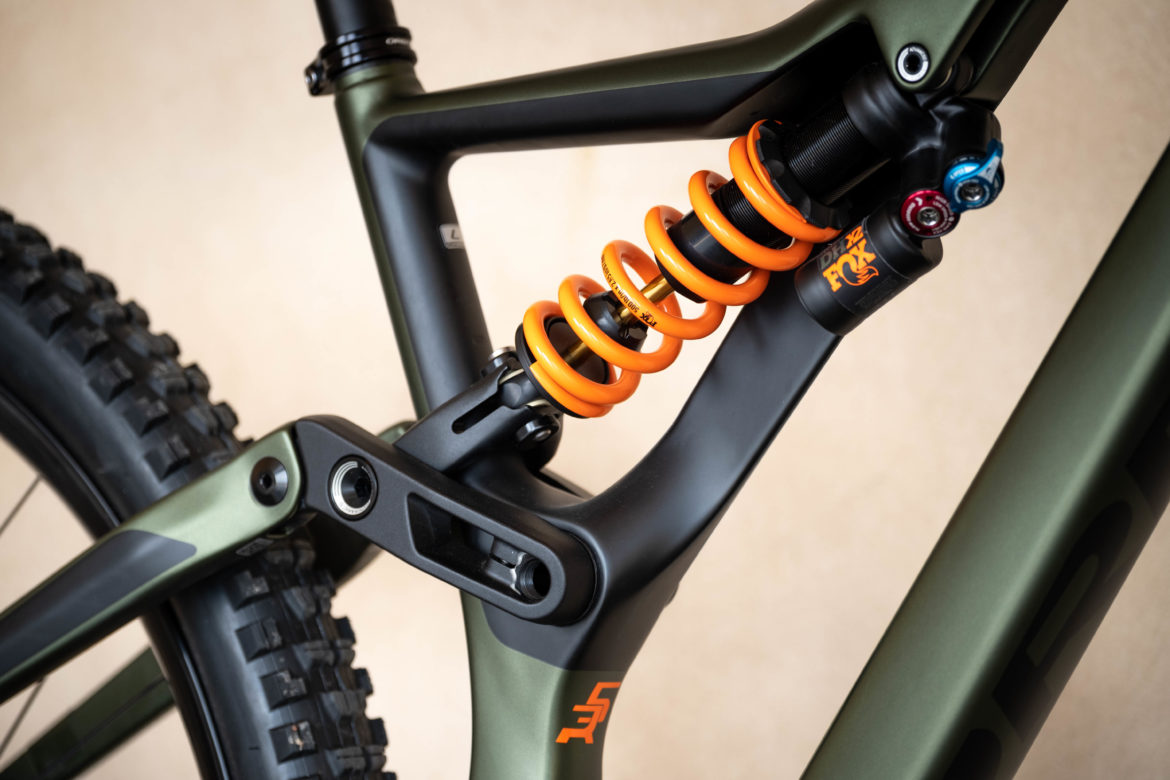 The Rallon’s geometry table has shifted ever so slightly, with a half degree slacker head tube, equally steeper seat tube, and a dash of added reach. These minute geo shifts demonstrate Orbea’s satisfaction with the bike’s original design and their desire to meet the increasingly specific suspension demands of high-speed gravity racing. With less than half of a second between 1st and 2nd place, every detail is worth some sweat. 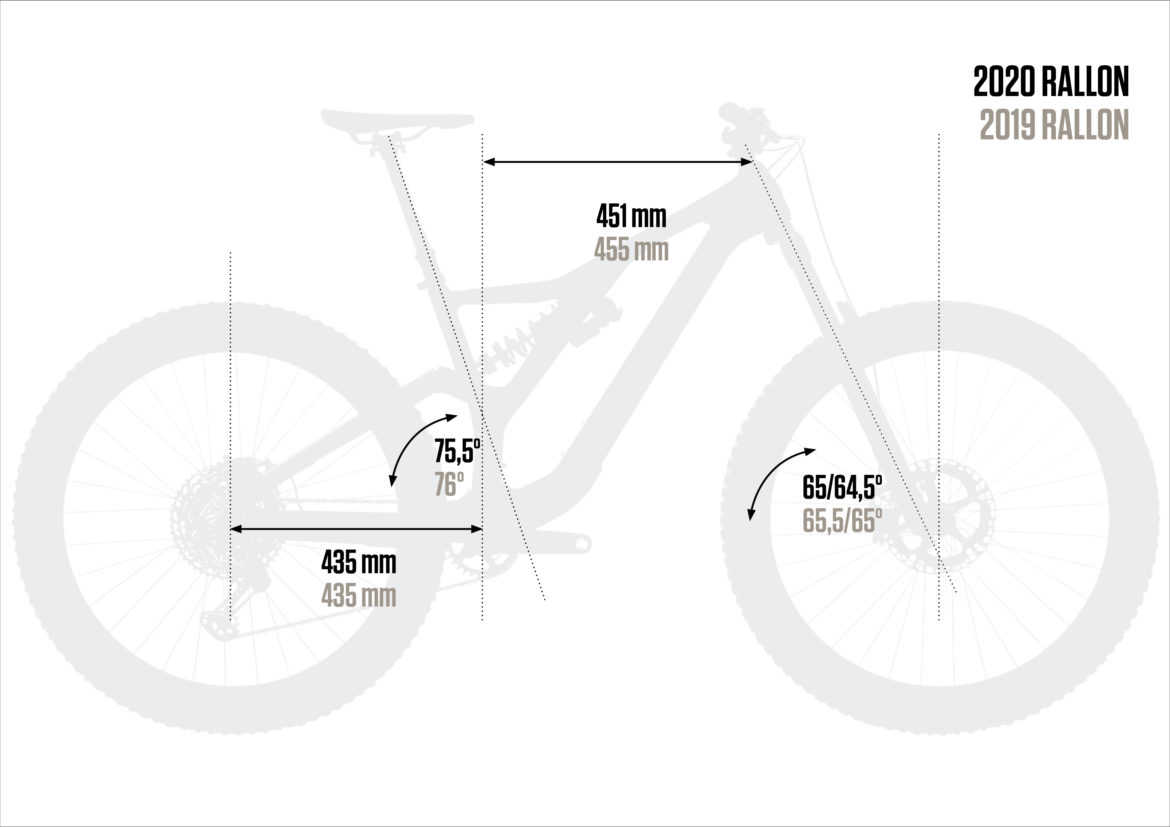 Folks who own earlier Rallon R5 models can upgrade their bikes with the 2020 suspension kinematics simply by swapping the aluminum linkage bits. The updated linkage retails for $299 USD (€249), allowing R5 owners to experience the refined Rallon without the buy & sell hassle. Depending on which fork you own it may also be possible to increase the travel to 170mm, giving you all the spec of the new bikes on your current model. 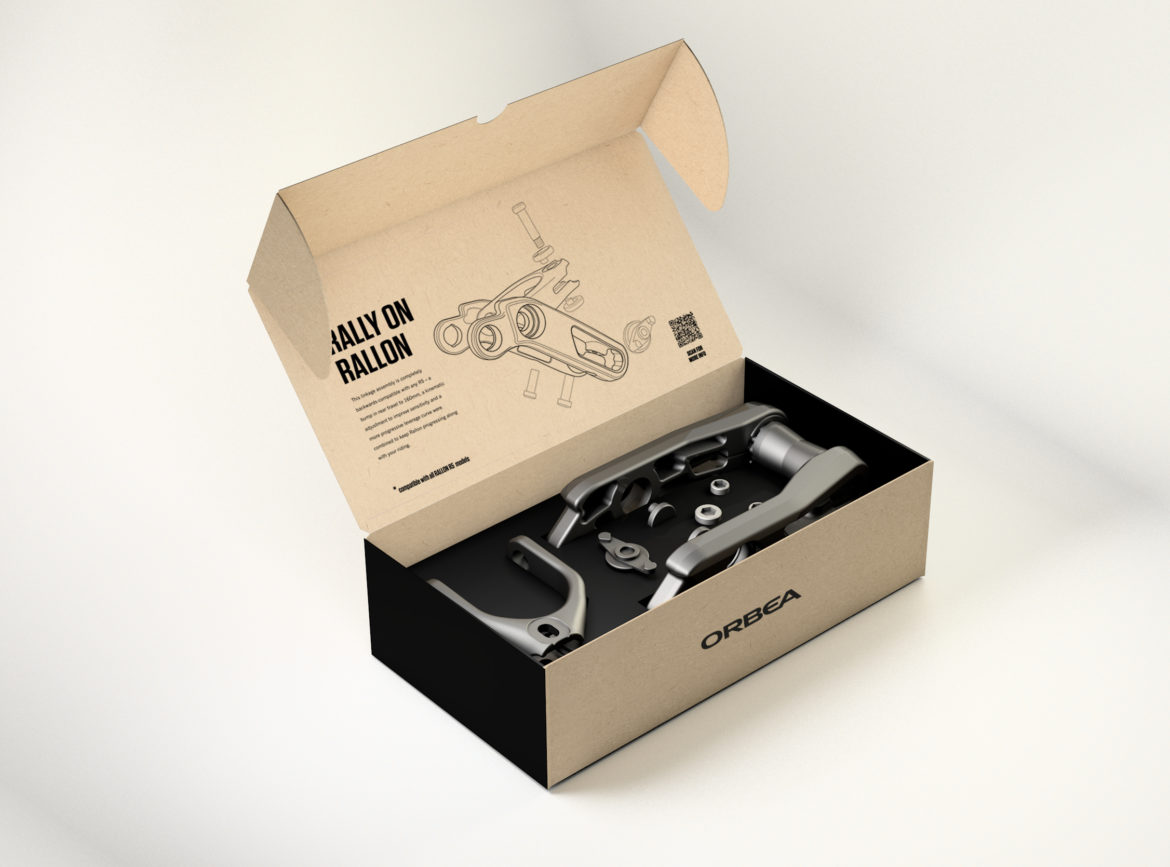 The 2020 bikes are available from $4,499 for a Shimano SLX build with Fox suspension,  to $9,999 for a bike with Shimano XTR components and top-shelf Fox Factory squish.  Framesets ship with a Fox Float X2 shock installed for $3,799.