Brandon Semenuk came back to Virgin, UT in full form a year after his last Red Bull Rampage attempt and took his third winner ever at the year’s biggest freeride event.

Semenuk was the 8th rider out of 20 to start his line down the massive tower of ridges, drops, and cliffs. His first out of two runs was comprised of an opposite-spun 360 right out of the start gate, followed by a suicide no-hander.

Lower down the mountain, Semenuk kept the needle pinned with a top-side nac nac, followed by front-flipping a double drop, and then throwing in a one-footed can can backflip. Near the finishing corral, Semenuk threw in another 360 to seal the deal. His first run nabbed the him an unbeatable score of 92.33, halfway through the first wave of runs for the day.

Last year, the Canadian had two failed runs, crashing in both. This year, he went just as hard, with style, tricks, and big air, but cleaned every landing with confidence.

Rampage is the only event Semenuk competes in anymore and is mostly working on film projects as an athlete. In an interview after the event, he said his thought process wasn’t different from last year, it was more of a matter of perfecting his line. 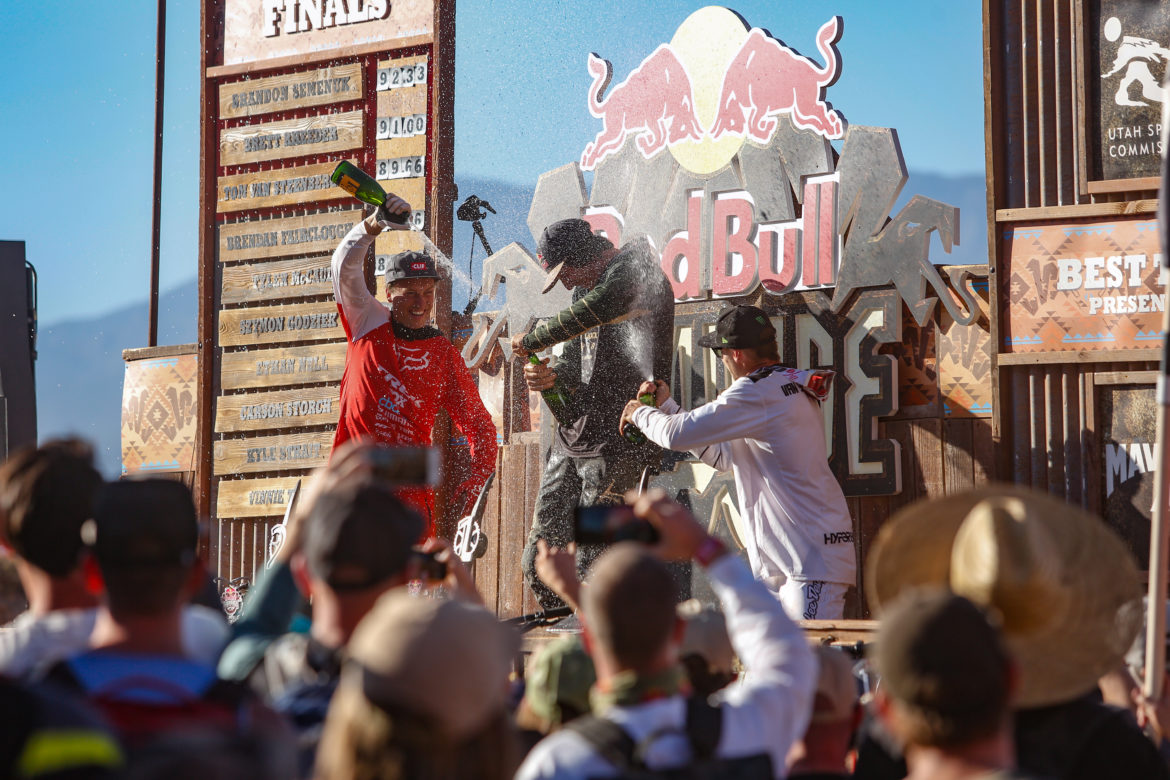 “[I was] just doing me. Obviously, trying to clean up the line and getting more practice in to get it dialed, but that was it.”

This was the second year in a row on the new mountain in Virgin, UT. Most riders that competed last year chose to work with the lines they built in 2018 and get them closer to perfection.

Two other Canadians, Brett Rheeder, and Tom van Steenbergen took second and third place, respectively. Rheeder won last year’s Rampage and this makes Steenbergen’s best result yet. Rheeder’s dig team also won the first ever Venmo Digger’s award, and Rheeder himself won best trick for a front flip of the flat drop at the top of the course.

Fairclough was a fan favorite in 2018 after dropping off of a massive boulder feature dubbed “Dwayne Johnson” that earned him a lot of media attention in his digging phase.

He earned 10th last year, and in the moment was not happy with his result. Many speculated that he wouldn’t return to Rampage, but he did.

“I have such a fun week digging with the crew, and it’s hard work, but we make it fun,” he told Singletracks. “The feeling afterwards when you can walk out of the desert in one piece…I’m so stoked about 4th.”

This time, he sent the “Dwayne Johnson” rock again, but added a backflip over a 46-foot canyon on the next segment in his line.

“It was the gnarliest thing I’ve ever done. Since last year, I had that in the back of my mind. We didn’t really tell anyone, but that’s what I wanted to do.”

Tricking the canyon, and cleaning the rest of his run skyrocketed Fairclough to the top end of the results list. 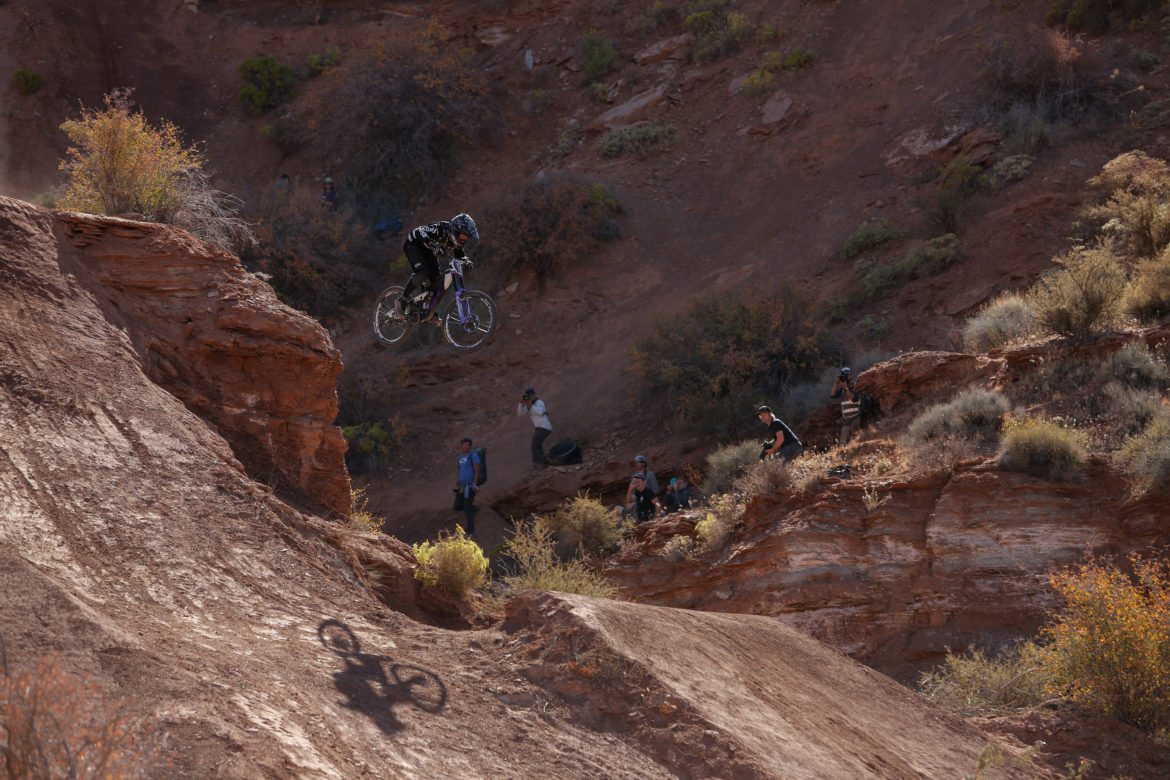 US Rampage rider Carson Storch dropped into his second run full of fire and it looked like he would improve his first run, but after landing a massive drop in his line, his tire unseated from the wheel, forcing his inflated tube to pop out and forcing Storch to end his run.

Storch looked happy as ever though, and finished the walk down the mountain with a smile on his face. He and nine other riders will have a guaranteed spot in the 15th edition of Red Bull Rampage in Oct. 2020.

Love these pics. Seeing people standing on the ledges in the background really provides a great perspective showing how insanely steep and technical these lines are. Much prefer this to the drone footage shown from above the rider of the GoPro (which just doesn’t provide sufficient perspective).