A diverse set of mountain bike tidbits for you this morning: 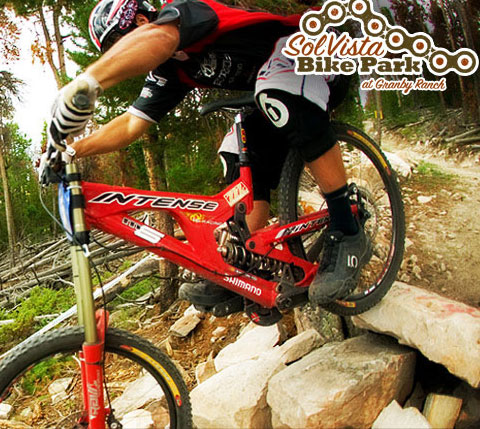 US National Mountain Bike Championships @ Sol Vista (Granby, CO) this weekend. This is the first year Nationals are being held in the state of Colorado and while the XC course may not cover the best trails Colorado has to offer, it will definitely be challenging, especially to those used to riding closer to sea level. Jeremy Horgan-Kobelski is the favorite in the cross-country race after winning the marathon cross-country national race at the Firecracker 50 in Breckenridge earlier this summer. He also has a decent shot at winning short track as well which would make him the first rider to win all 3 titles in a single year.

If you’re heading to the races this weekend give us a shout – we’d love to post your pics and hear about the race! 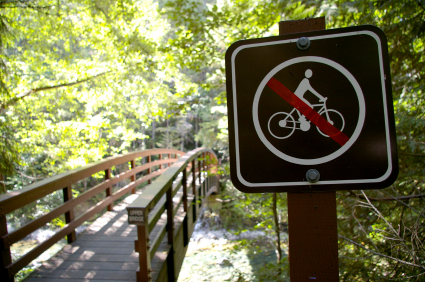 Trail mediators: Can’t we all just get along? That line was famously spoken by Rodney King during the Los Angeles riots of 1992 and today a mini-riot is brewing among various Los Angeles trail user groups. Back in May the City of Los Angeles hired the Osprey Group from Colorado to mediate a proposal allowing mountain bikes in city parks but it sounds like things didn’t go so well. In fact the final session ended “with hikers and equestrians refusing to give an inch to mountain bikers in city parks.” One local CORBA mountain bike club member had to apologize for losing his temper during the meeting and the mediators packed up and returned to Colorado with little to show for their efforts.

While mountain bikers and other trail groups are finding common ground elsewhere, the opposition is well organized in Los Angeles with the Sierra Club and the National Equestrian groups getting involved in the fight. Let’s just hope this stays civilized… 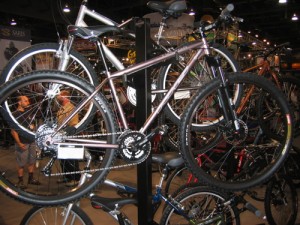 Bike Shop Ettiquette. Ok, so this one is just for fun and if you’re offended by foul language you may want to skip the link. A Seattle bike shop worker has posted some “tips” for interacting with your local bike shop this summer and these are a few of my favorite lines:

Ha! Sounds like somebody is getting a little stressed dealing with customers this summer. Still, it might be a good idea to treat your LBS workers with a little extra patience – they’d rather be out riding too!

Man I love it…But you forgot a few….

Here is one situation that I had to personally deal with. A lady comes into the shop looking for shorts. She however nice she may have been is unfortunately a bit on the heavy side, and grabbed a pair of short (size medium) and put them on then came out of the change room and asked…Do these make me look fat. Trying my best not to say Of course they do, you need XL, I tried being nice by saying how does your legs feel at the elastic area, trying to give her a hint that her circulation was beginning to cut off. Anyhow She still purchased them.

I also had someone call and ask how much would it cost to fix my bike…I have a funny noise coming from the crank when I pedal… Do you have any clue what I really wanted to say. Gessh some people.

Genius! I think the last sentence was best of all… (you’ll have to go check it out)

WOW,this dude is like a volcano,hahahahaaha.I used to deliver fitness equipment and everything always went pretty good(although I do have some more storys)except for my last delivery before changing jobs.This lady,after setting up $5000 worth of fitness equipment in her basement at the end of the day on company time allotted to her for what she paid,wanted everything moved after 3 hours of building the equipment from scratch and said she wasnt willing to pay another dime for it,I wont go into the ensuing details but her husband called me personally on my cell phone later in the day to appologize for his wife’s attitude.hahahahaahahaha.

Sorry, but I think the guy who posted that “Etiquette” list doesn’t deserve his job. Local bike shops can’t compete with the internet on price. Where they can compete is customer service. If I’m going to spend the extra money to shop locally(I do), my local shop better be friendly, knowledgeable, and willing to help me out in a bind. Luckily, I live in a place that offers me a dozen or so such shops within a half-hour of home.