News has reached us that freerider Kelly McGarry has died while riding in New Zealand this weekend. Having met Kelly briefly, in addition to watching probably all of his videos, I can truly say that not only have we lost an extremely talented rider, but we have lost a genuinely great man.

Kelly, you will be missed. Rest in peace!

Shattering news out of New Zealand: Mountainbike freeride star Kelly McGarry has died on Monday, 1st of February 2016. Exact circumstances and details are not yet released. Everybody at Kelly’s bike sponsor YT, is deeply saddened and shocked by his death. A truly unique character has been lost today.
One of the most likeable mountain bike riders has passed away in Queenstown on Monday, February 1 2016. Which conditions have led to his tragic death are still unclear at this point. Apparently, the 33-year-old was out on his mountain bike.

The entire crew at sponsor YT is absolutely perplexed about the shocking news:

We were informed about his death in the morning and are petrified, shocked and heartbroken about losing one of our family members. Kelly was a warm-hearted, friendly and relaxed guy. He stood for the true essence of mountain biking through every aspect of his life. Our thoughts and prayers go out to his family, girlfriend and his friends. The mountain bike world lost an exceptional character.

We consider it an honour that Kelly was riding for the YT Family last year. 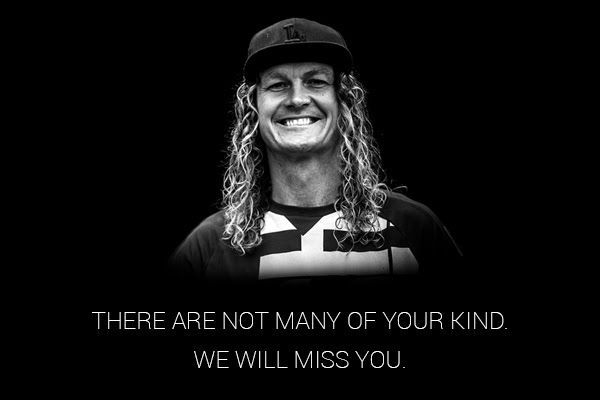 The following is a news report from the Otago Daily Times:

A man has died while mountain biking in Queenstown.

Queenstown emergency services were called to the mountain bike crash on the Ben Lomond Track above Queenstown at 4.14pm. Police said the call was to a report of a male having fallen from his bike and requiring urgent medical assistance.

“We’ve flown two paramedics from Queenstown up there. It is apparently at the back of the Ben Lomond track – it is a fairly remote area only accessed by helicopter. We believe its a gentleman in his late 30s declared deceased at the scene.”

He was not able to confirm the man’s nationality, or who raised the alarm.