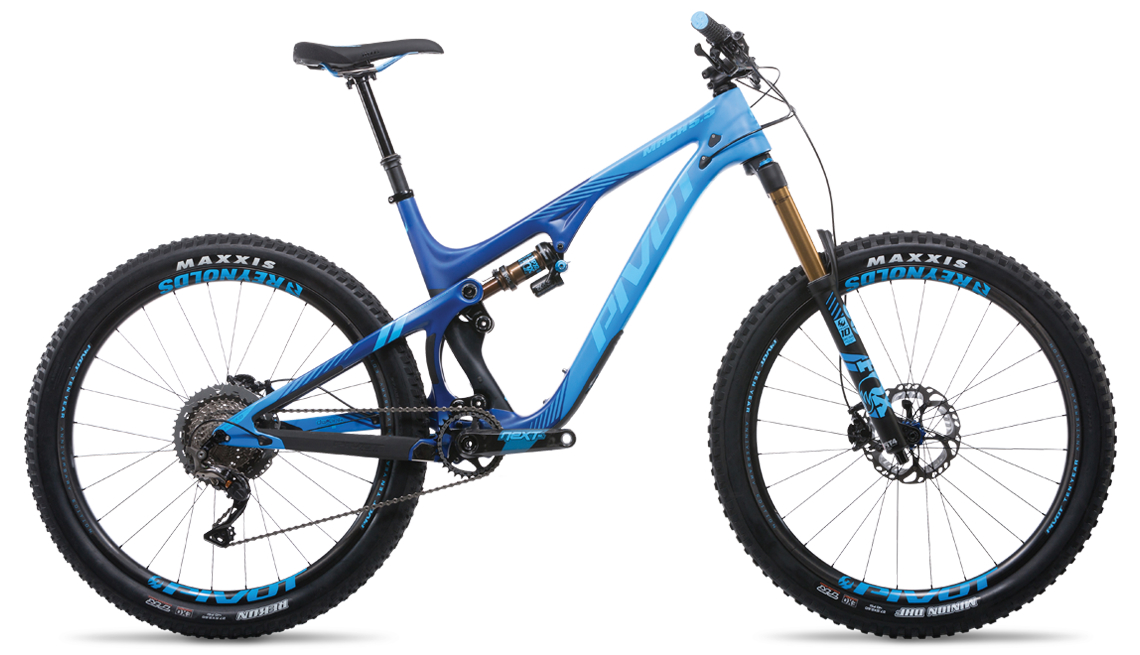 Has it really been 10 years already?! To celebrate a decade of making bad ass mountain bikes, Pivot is offering a limited edition version of their Mach 5.5 trail bike.

The party gets started with the full-carbon Mach 5.5 frame painted in a gorgeous two-tone blue. As you’d expect from a limited edition bike, the build on this thing spares no expense. Suspension is taken care of by a Fox 36 Factory fork and a Factory DPX2 rear shock. Shimano covers the drivetrain and brakes with a mix of XTR and XT level components, and the cranks are Race Face’s uber light, carbon fiber Next SL. Reynolds supplies 36mm wide carbon rims laced to custom blue anodized Industry Nine hubs, laser-etched with Pivot’s 10th anniversary logo. 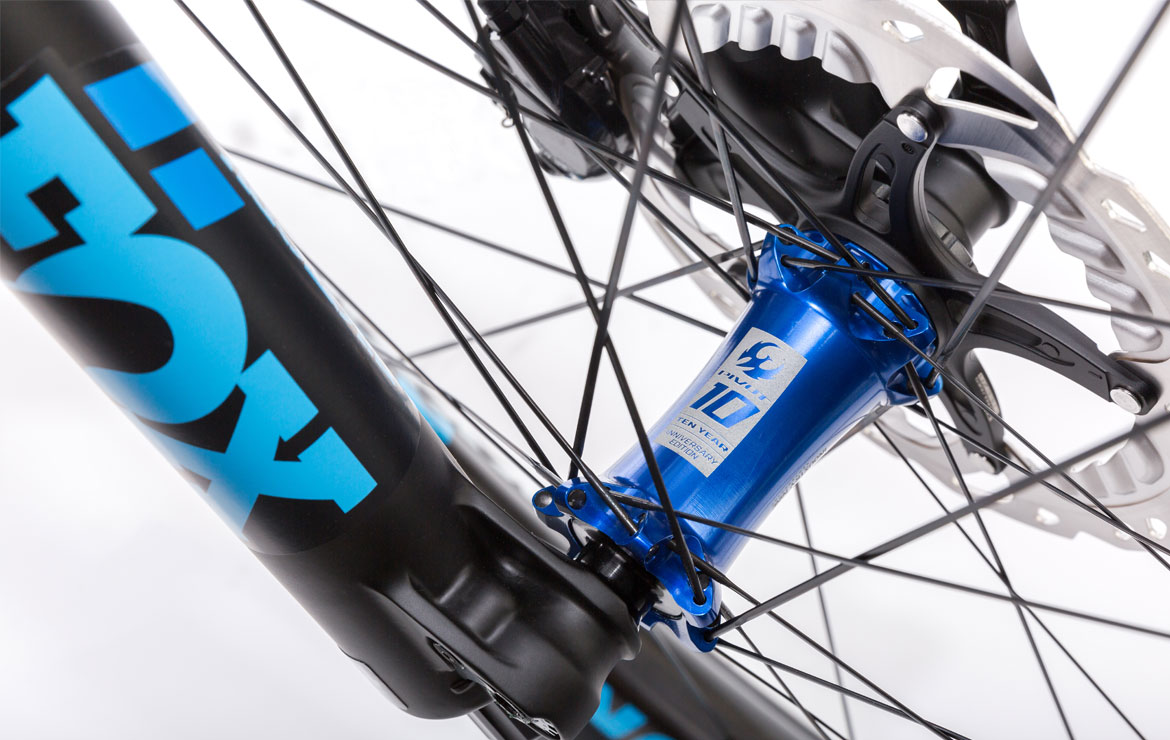 Basically everything on the bike, including the suspension, wheels, saddle, and grips, get 10th anniversary decals or blue color accents to keep the theme going. 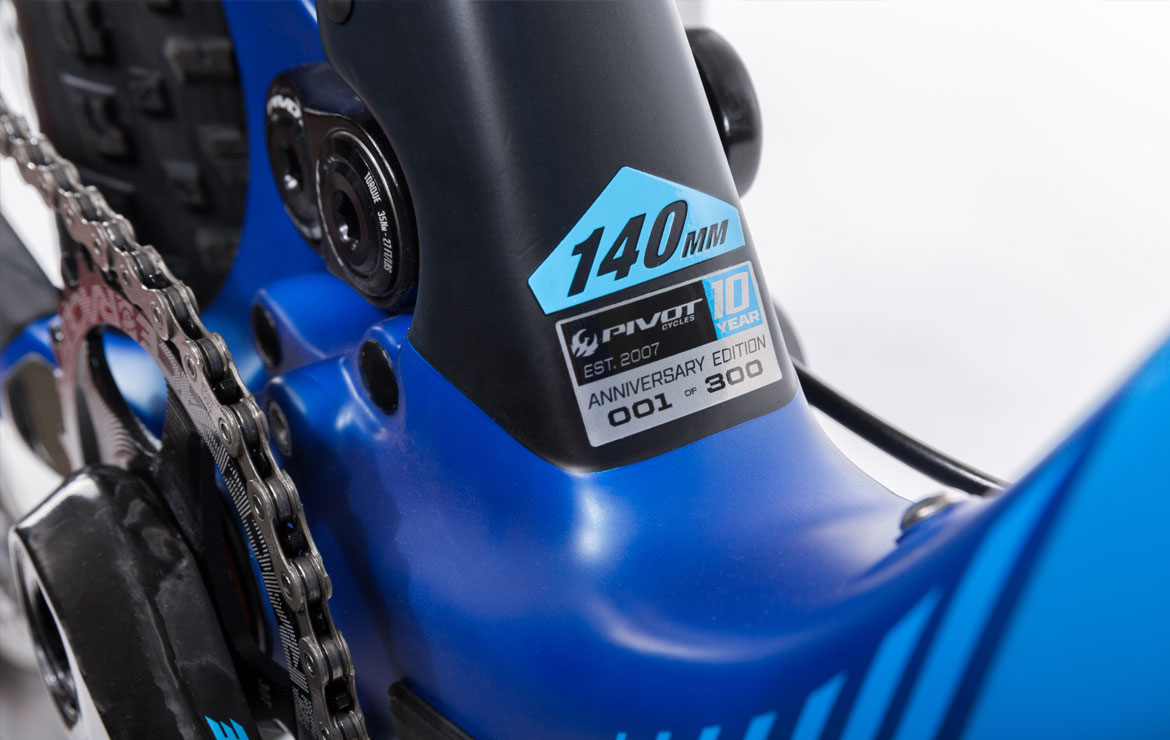