The Swiss tire technicians at Onza are bringing back a blast from the 90’s with their revamped Porcupine tread, available with black or white tread, and good ol’ gum wall. Since rekindling the brand in 2008, the team at Onza has released six distinct treads and this one falls someplace on the lighter-trail and rougher-XC side of the spectrum. Is it a downcountry tire? We’ll test it out and let you know. 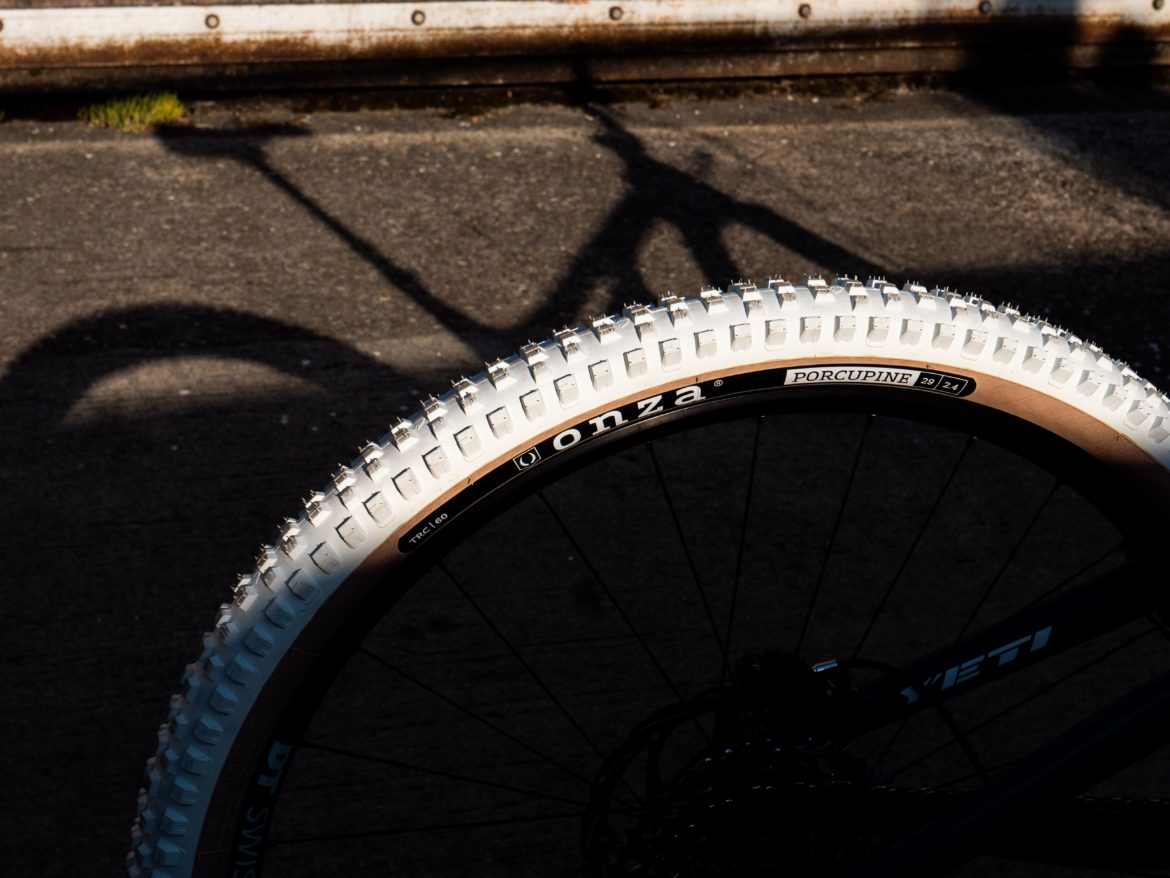 According to Onza, the tire was named after the animal it mimics. “The placement of the tread lugs is based on the appearance of a porcupine: Spiky knobs for extra grip.” The ramped center knobs are said to decrease rolling resistance, while the transition lugs are spaced apart from the cornering lugs by a channel to increase grip when you lean the tires over. Each of the shoulder knobs has a pair of support ramps to prevent squirm in the turns, and the equal spacing between them is said to provide continuous cornering control.

The Porcupines use a soft and grippy 45a durometer rubber compound on the cornering lugs, and a more durable and faster-rolling 60a compound in the center.

The single-ply tubeless casing employs nylon sidewall protection, keeping the tires on the lighter side of the trail-tread balance. The 29×2.4 tires tip the scale at a reported 860g each, while the 2.6-inch width brings the weight up to 920g. 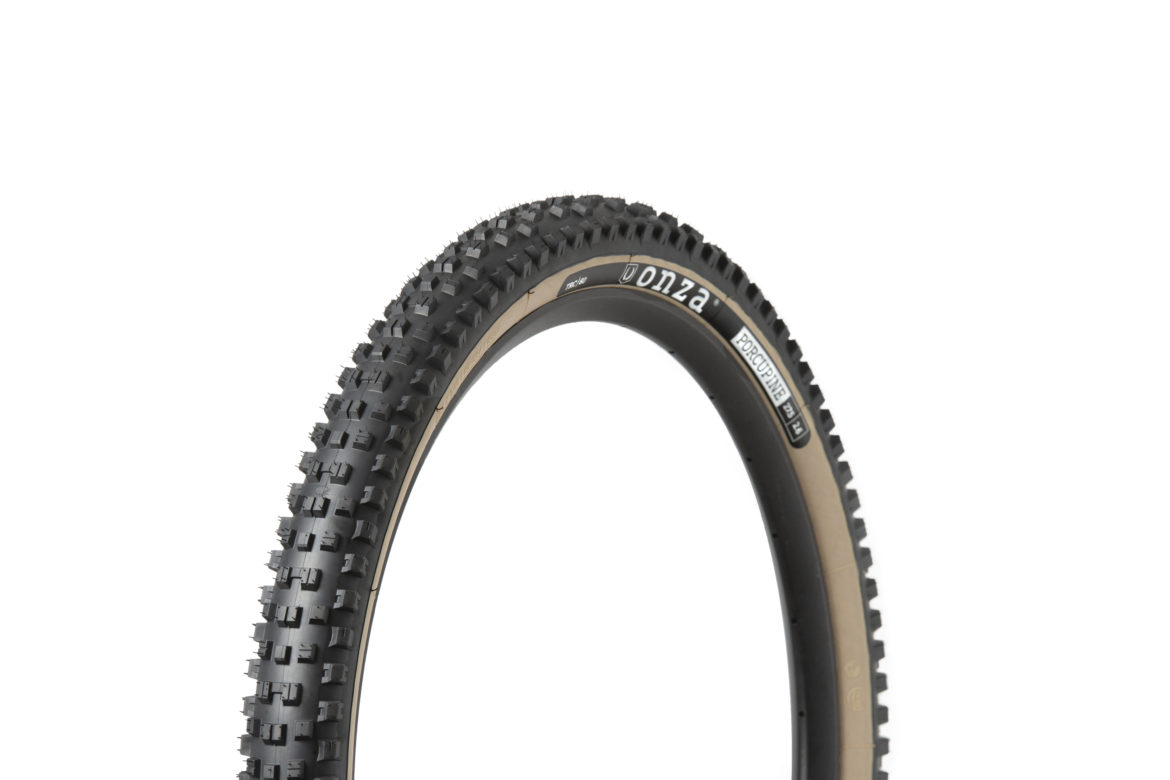 Nothing like the original Porcupine aside from the colour. They were awful in the wet. Treads were round and didn’t grip too well.