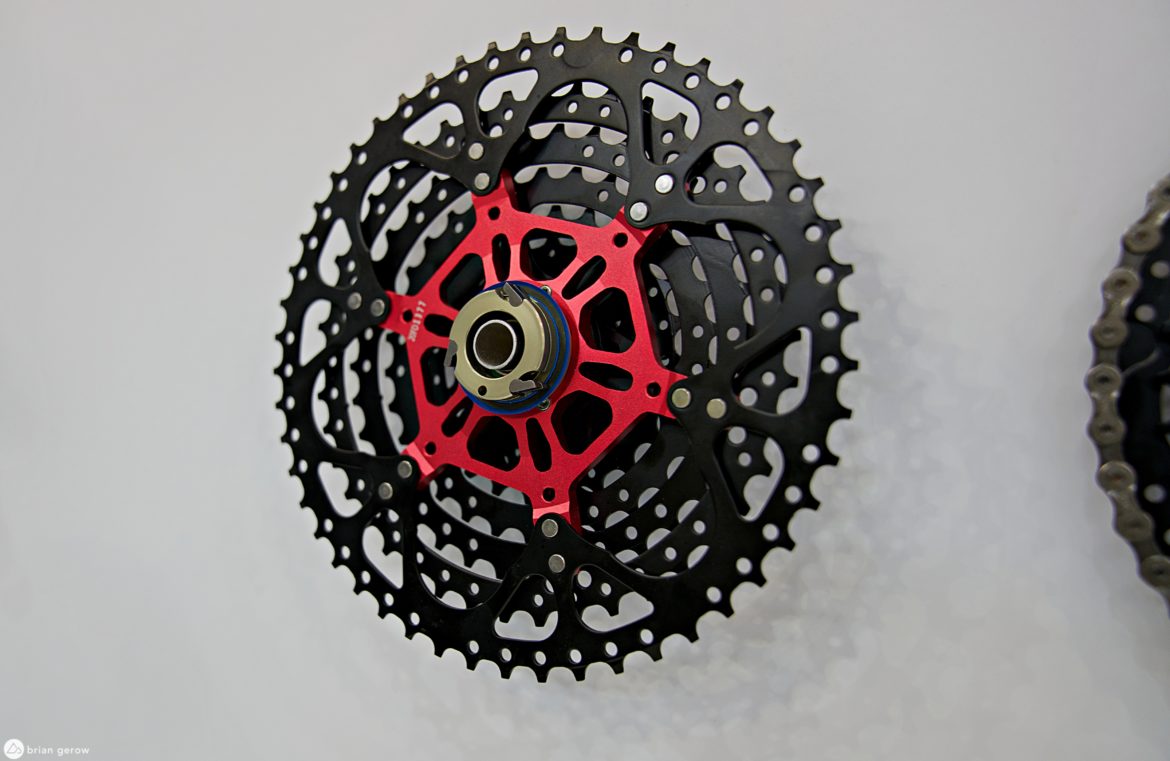 Box Components recently announced their Box Prime 9 drivetrain, with nine simple speeds across the same range that many 12-speed gruppos feature, and roughly the same weight. Fewer gears means fewer problems, right? That is the premise Box created the drivetrain on, and they are reporting great results. Prime 9 groups will be available at three different price points, starting at $194.99 and going up to $626.99 for the “One” group which features the cassette pictured below. 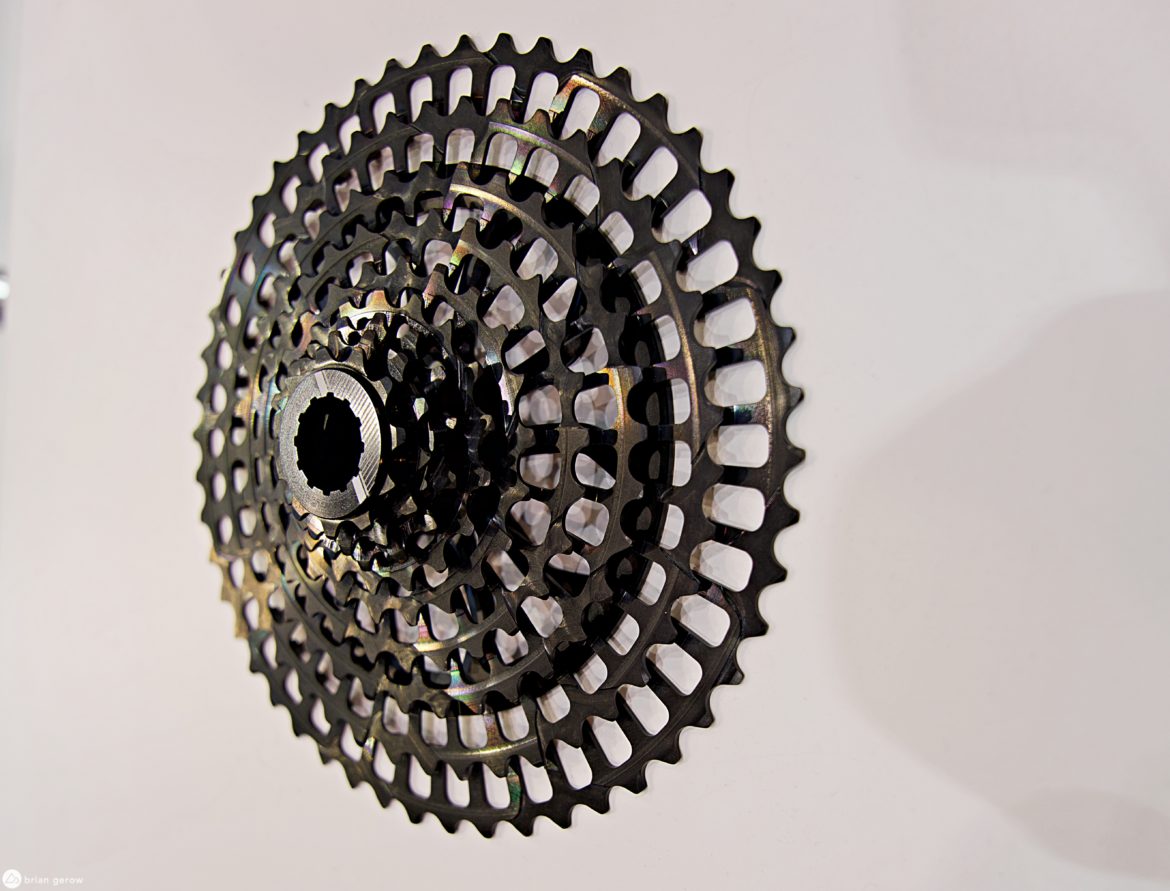 Possibly the most intriguing piece of the transmission is the full steel cassette, which weighs a reported 350g, where 11- and 12-speed cassettes typically include alloy cogs for the lower gears to achieve similar weights. 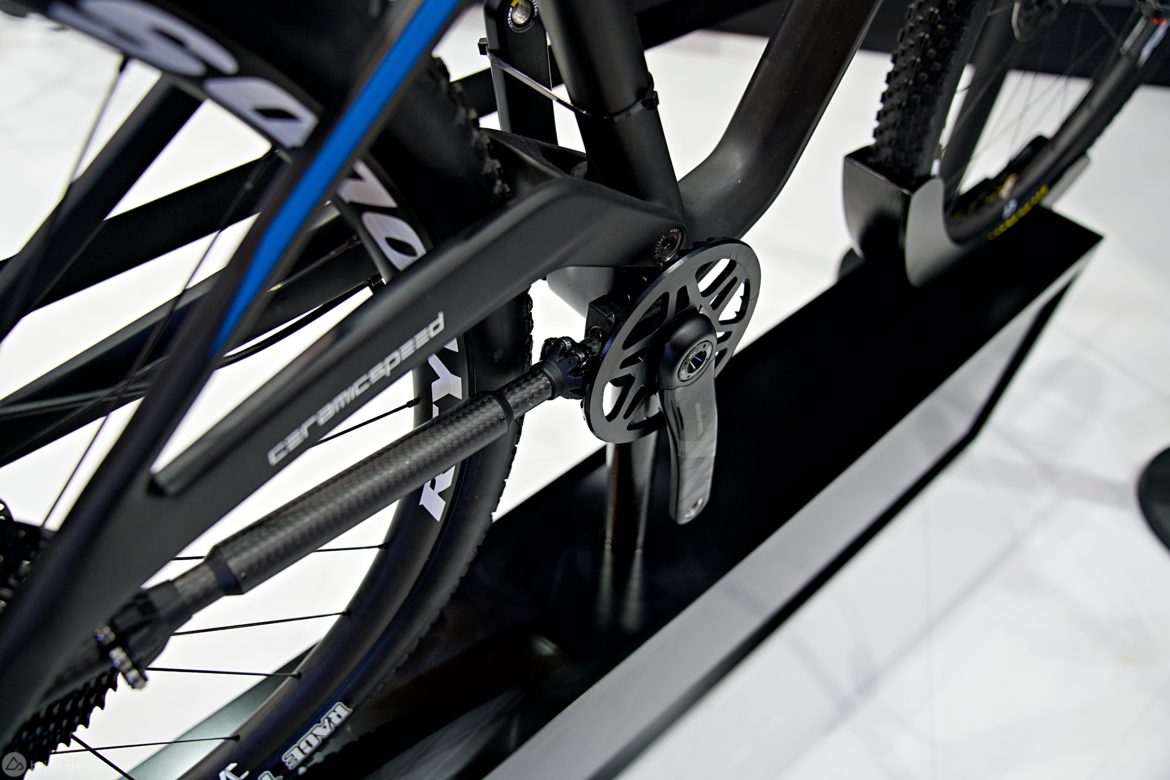 We also had a chance to chat with the folks at Ceramic Speed about their new wireless Drive shaft-drivetrain and asked them some of the questions that readers posted after our recent press release on the transmission.

One concern that folks mentioned was around how the small parts of the shaft drive would work in the mud, and this is a primary concern for the company’s engineering team. Their current plan is to design a lightweight cover for the drivetrain to keep it free of debris. 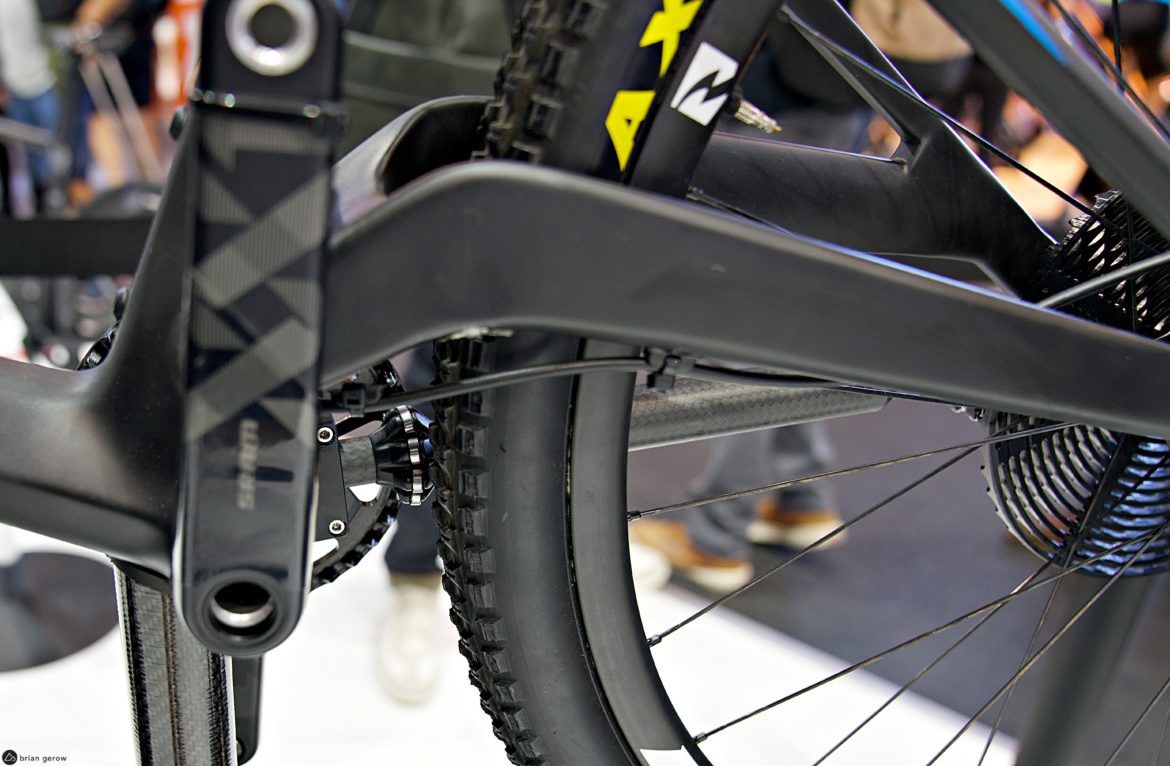 Someone also mentioned the proprietary nature of the system, which is a fair point indeed. Bikes will have to be modified to work with the Ceramic Speed drive, or designed around it from the jump. Full suspension bikes can not have a pivot at the rear, near the axle, as that would directly affect shifting. 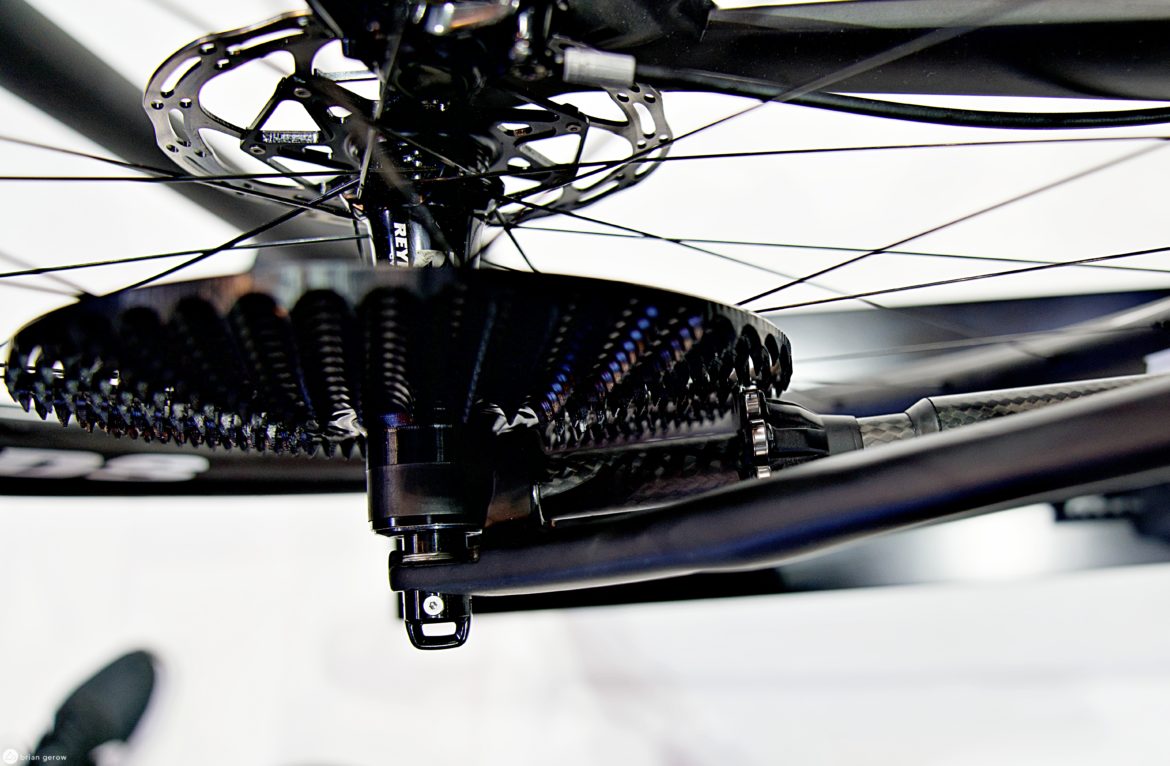 Lastly, one of our studious readers kicked up the question, “what problem is this solving?” The primary advantage of the electric shaft-drive system is that it has no effect on suspension forces, nor is it affected by them. There is no chain growth or pedal-bob to consider since the pinions can move along with the movement of the bike. The folks at Ceramic Speed said that this element could potentially open up suspension designs to a whole new world of possibilities. 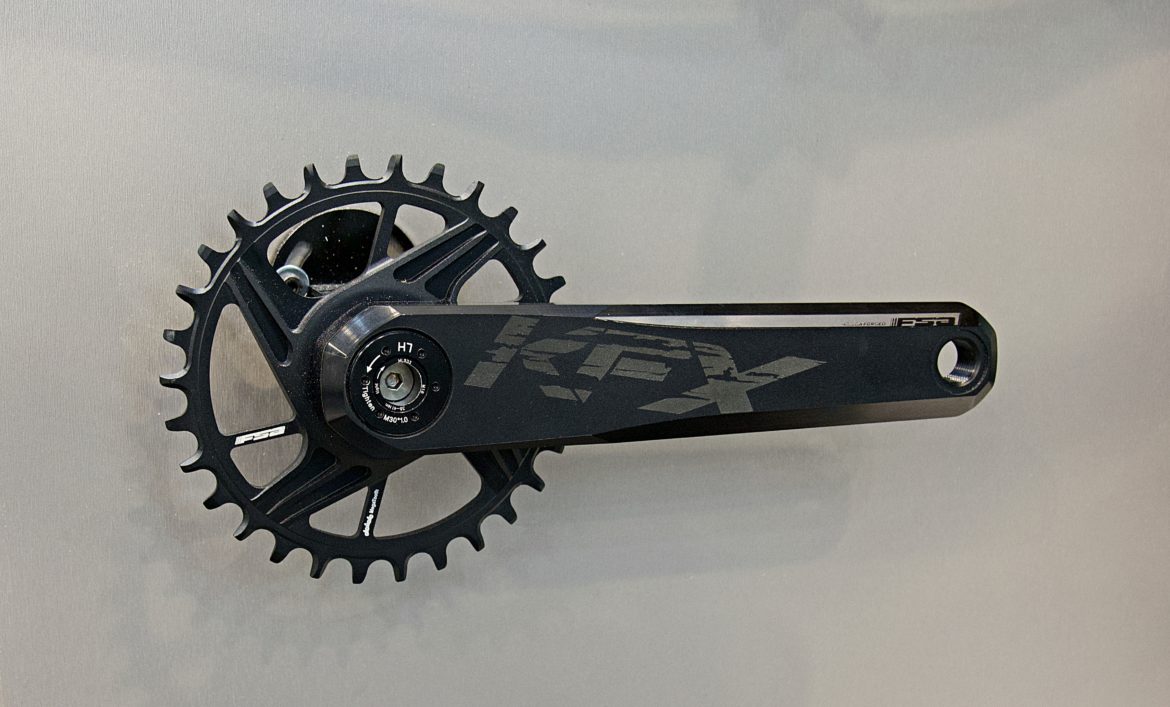 FSA has gone back to alloy for their weight-conscious XC cranks this year, and they say that the hollowed-out material allows them to create a more durable crank arm at the same weight. The KFX cranks are said to weigh a respectable 520g. Check the FSA site for pricing and availability. 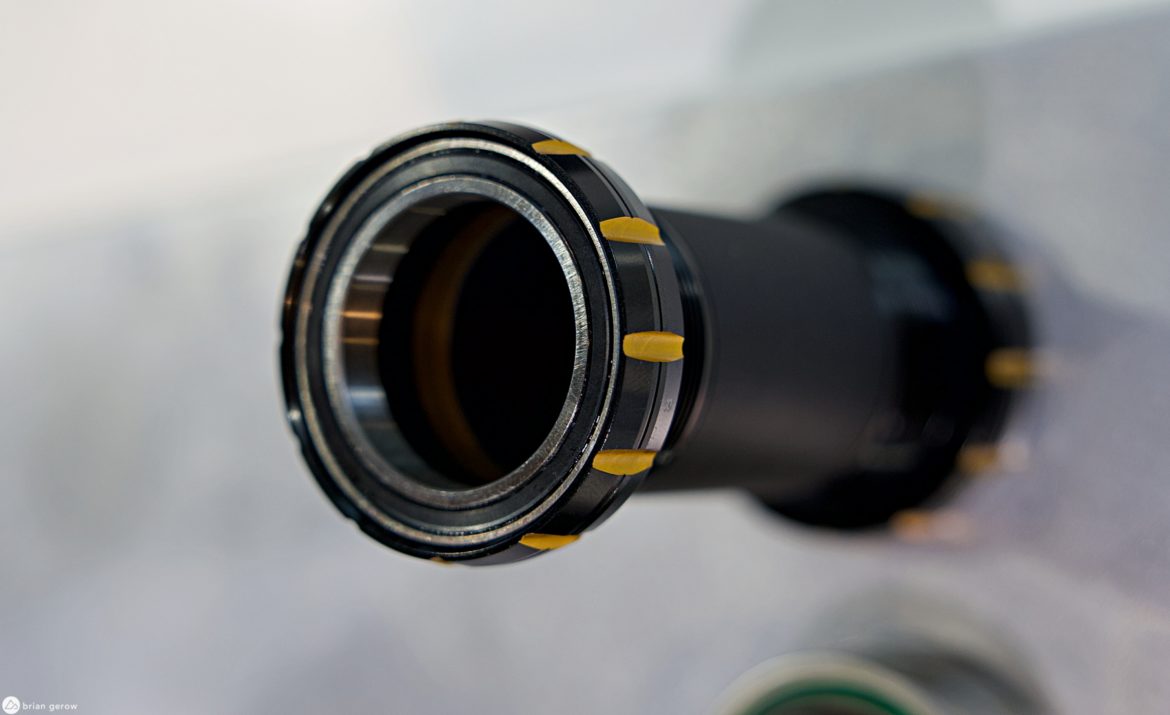 Cane Creek’s new Hellbender Bottom Bracket is designed to outlast most of the competition. The unique MTRX bearing technology suspends each bearing in an oil-filled solid polymer matrix that prevents dirt from entering the casing to corrode the bearings, while consistently lubricating them. 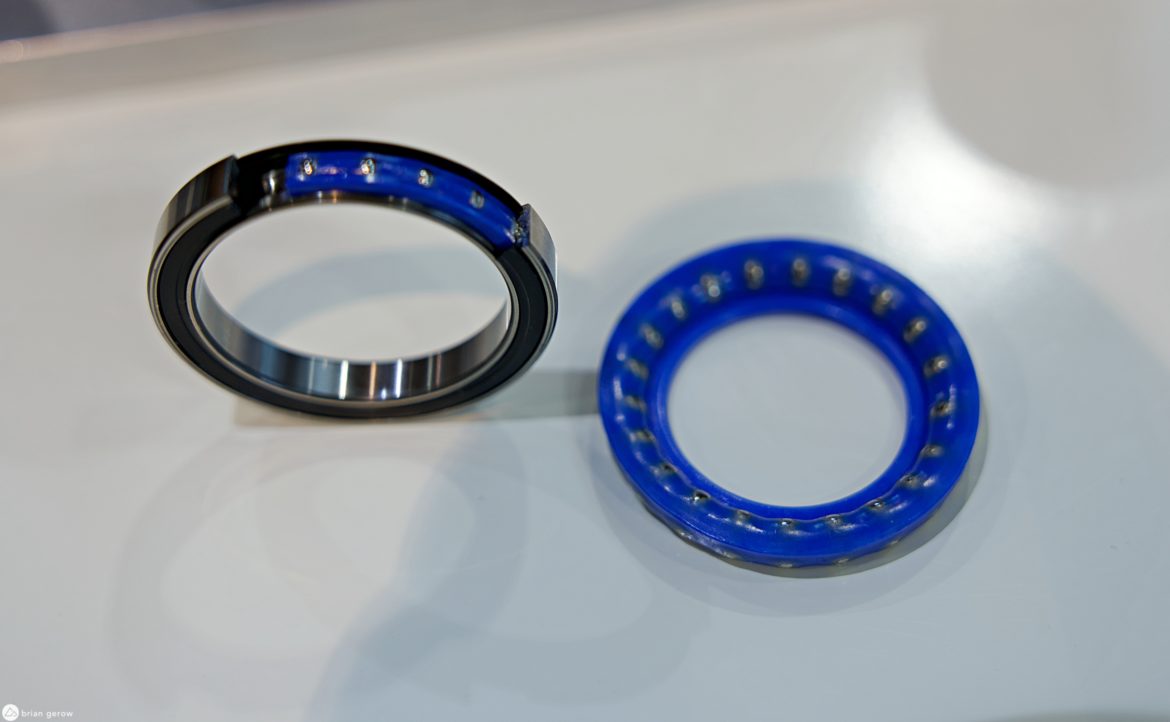 The company heard several requests for a 24mm version of the new BB, and they plan to provide what their customers want. For now, the Hellbender is available for BSA threaded 30mm spindle cranks, PF 41/92, PF30, and BB30 configurations for $150. 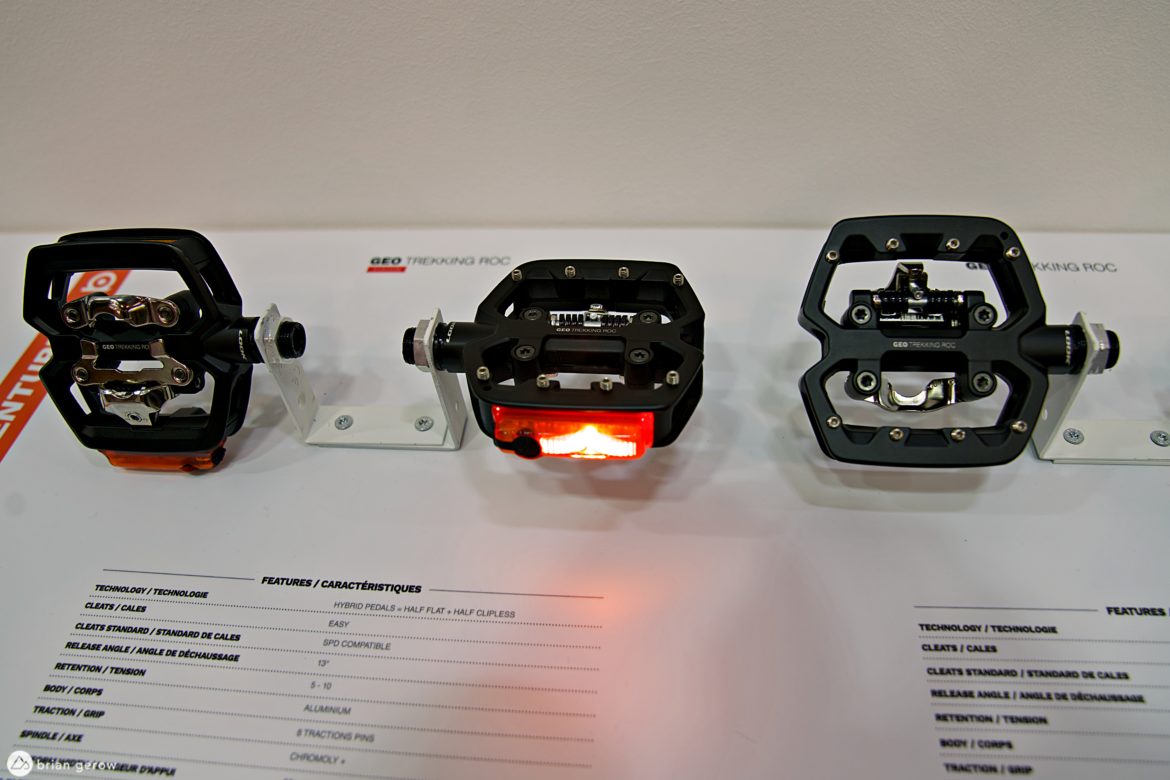 Look has a selection of new pedals they are calling Geo Trekking Pedals, with a decided interest in visibility and a broadened sense of usability. All of the pedals are designed for use with cleats or without, and all can take a set of Look’s new Vision lights. The small lights can be removed and recharged as needed. 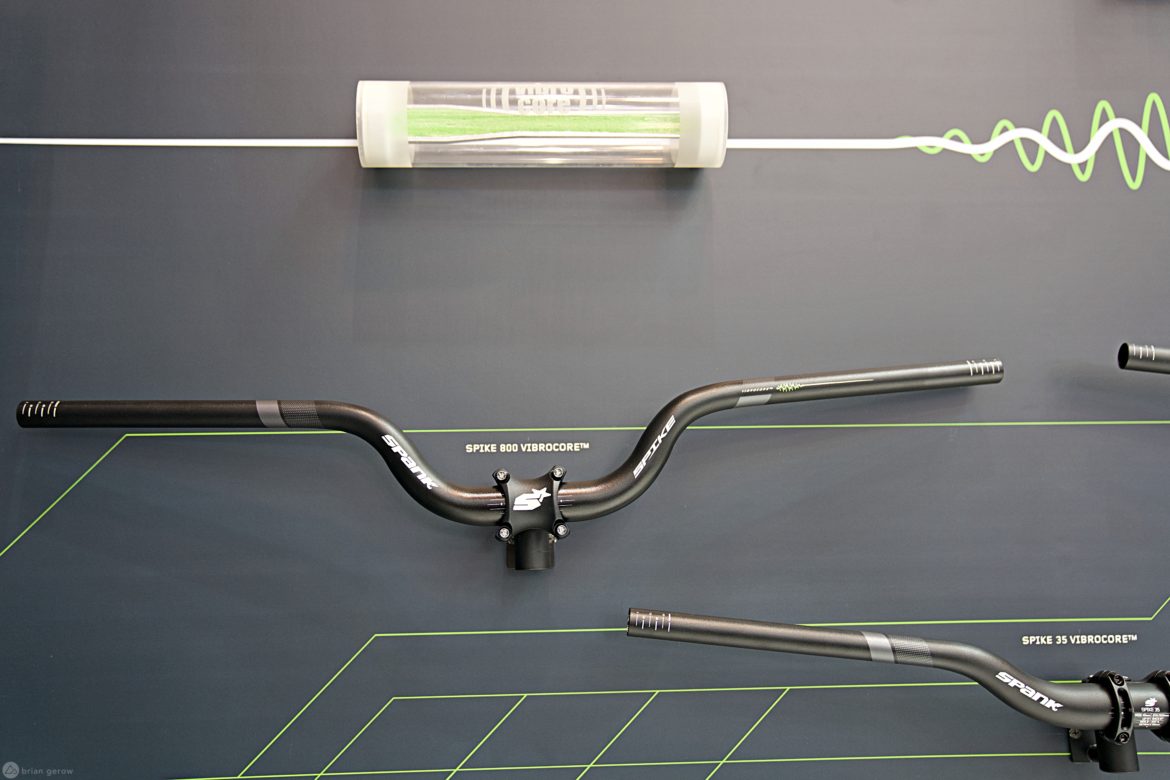 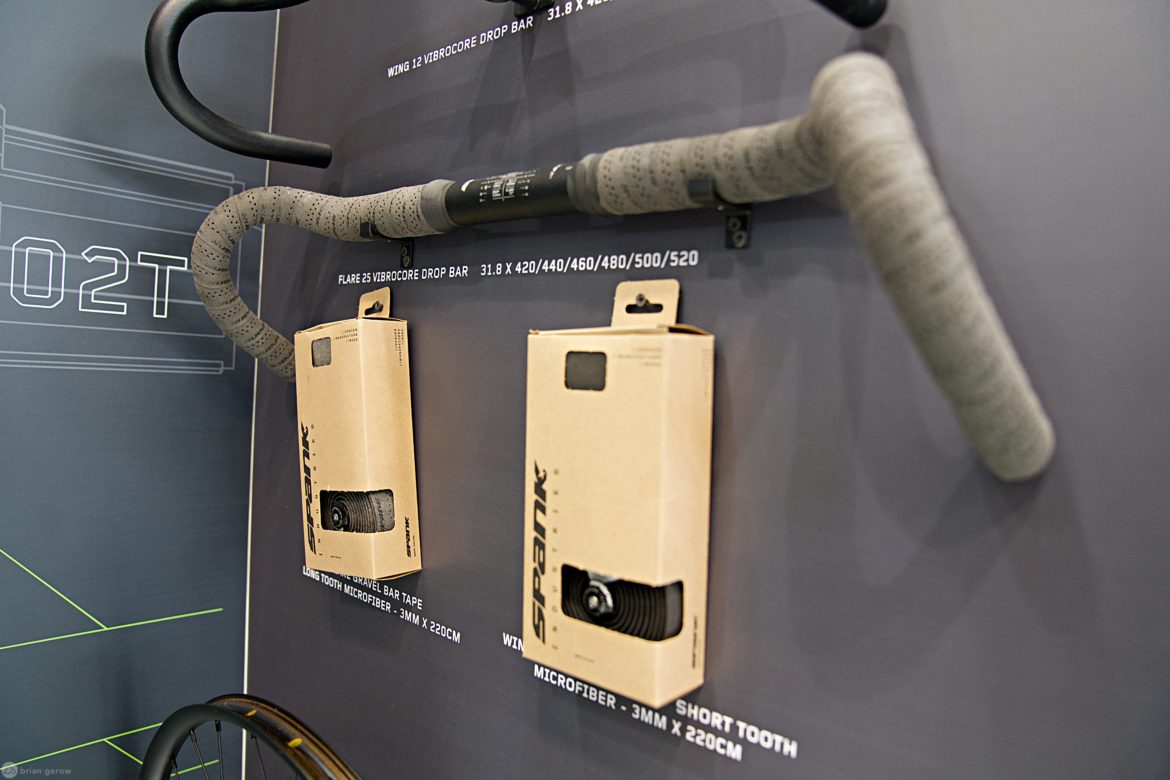 The company also has a selection of drop bars with foam inside, in range of widths. 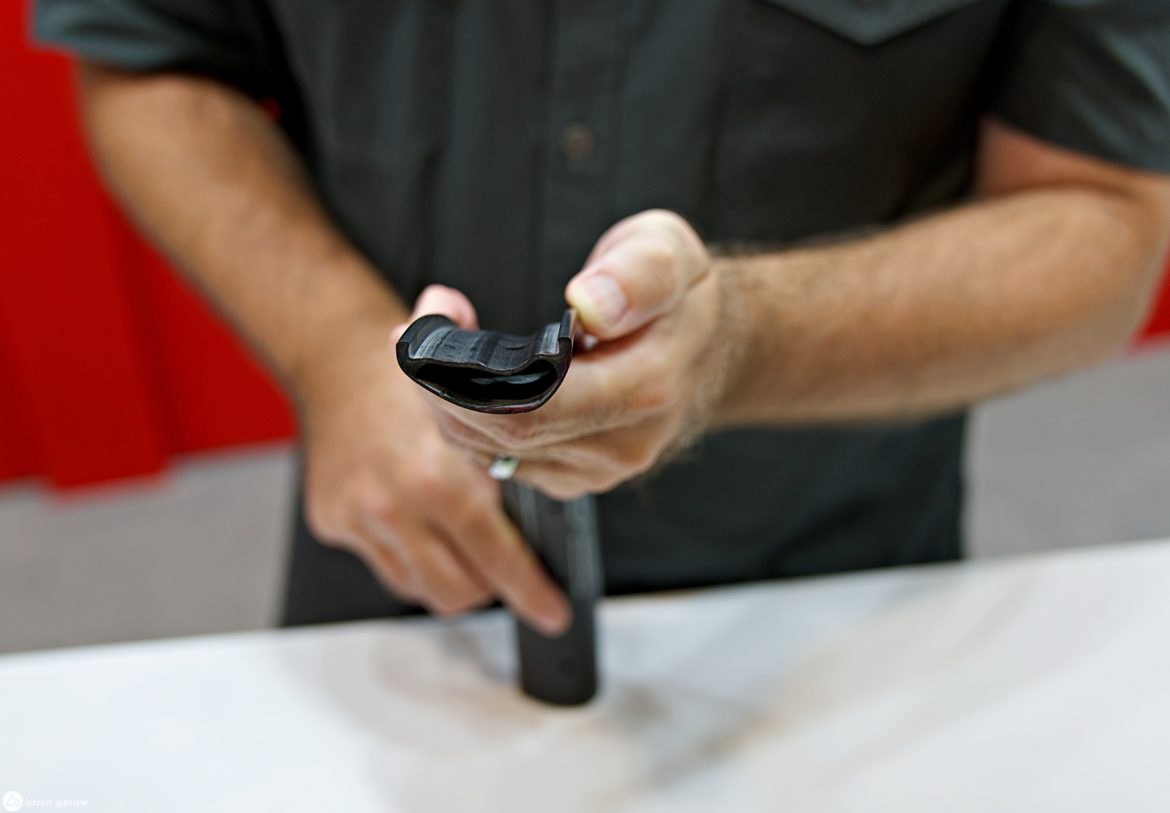 Stan’s showed up to Eurobike with their first sets of asymmetrical rims made of carbon fiber in two handy widths. The redesigned Flow CB7 and Baron CB7 rims are lightweight, at around 427g (27.5″) and 450g (29″), with 29mm and 35mm internal widths respectively. The new rims will be available in November. Both Flow and Baron CB7 rims will retail for $600, and full wheel builds will run $1,399.

The team at Stan’s saw several challenges to building an asymmetrical rim that would hold up to their “tubeless first” standards. Rim tape applications and proper seating of the tire bead were the first hurdles they had to overcome. From there, they wanted to be sure that the tires would have equal retention, or anti-burp properties, in corners. “Once a tire is inflated, a great tubeless asymmetric rim has to be completely reliable and provide outstanding control, especially in corners. The difference in the shape of the two sides of an asymmetric rim makes achieving consistent bead retention and impact strength on both sides more challenging, but after several design iterations, Stan’s was able to develop an asymmetric rim shape that not only maintains equally reliable seals when subject to off camber situations and the most aggressive cornering, but also withstands impacts equally on both sides.”

What’s the advantage of asymmetrical rims?

cbriggs, good question. Traditional rims, with the holes drilled symmetrically, require shorter spokes on one side to compensate for the space taken up by the cassette (rear) or disc (front) at the hub. Drilling the holes to one side, asymmetrically, allows the wheel to be built with the same length spokes (or close to the same) on both sides, creating a more balanced, more stable, and stronger build.