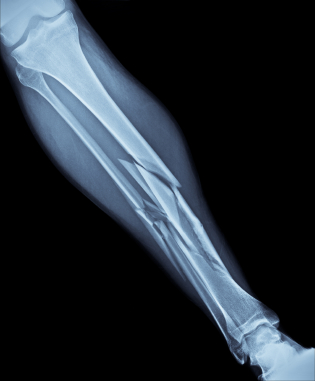 Note: this is an April Fools joke that was originally posted April 1, 2011.

So I got a bit of bad news from my health insurance company today: I’m officially banned from riding my mountain bike. Apparently all the claims mudhunny and I have made over the past few years – stitches, broken bones, pulled muscles – have cost the company a fortune. They raised our rates twice in 2010 and at this point they can’t legally charge us any more so it’s either drop us or make us sign a statement saying we won’t ride mountain bikes anymore.

My first reaction was to say screw it – we don’t need health insurance – but then I started adding up the medical bills in my head and realized going without would cost us an arm and a leg (pun intended). Then I thought we’ll just sign the statement and be super careful whenever we ride. Sure, that takes some of the fun out of mountain biking but I suppose that’s the price we have to pay.

So I signed the form and just before putting it into the envelope I glanced at some of the fine print and read this:

[name redacted] reserves the right to monitor the actions of the covered party through any legal means including, but not limited to, covert observation, social network data collection, and/or third party interviews. (emphasis mine)

WTF! Seriously? Apparently these guys aren’t messing around. Unfortunately we really need this coverage so there’s not much I can do about it (we’ve shopped around and other insurers have similar policies, especially given our past mountain bike injuries).

So, from this point on I won’t be able to write about mountain biking, post photos or videos on singletracks, or even attend MTB-related events for fear the insurance investigators will cancel my policy. I guess I can’t complain – it’s been a fun 17 years on the bike and running singletracks.com for the last 12 years has been amazing. I’ll still continue to work on the site but I won’t be able to blog or ride trails anymore. As such, we’ve also come up with a new slogan for the site: for mountain bikers, by a (former) mountain biker. I think it’s sorta catchy (and way better than my first idea – for mountain bikers, by a couch potato).

Hopefully this is just a temporary setback and after two years of good behavior we can find a new health insurance provider. I’m already stoked for April 1, 2013!

No frickin way!!! I’d tell em to shove their insurance up their arse and get back on my bike. These insurance companies are ridiculous these days. My wife and I have insurance and just had a baby, still thousands and thousands out of my pocket. Crazy stuff!

Get a different handle on the web site and post on. If you or Mudhunny get hurt again I’ll file an affidavit that you were playing Lacross at my house. Are they gonna make you move to a flat if you trip and fall down some stairs? There isn’t anyway they can know how you got hurt. I plastered you with paintballs and you fell over an pipe on the paintball field and got dirt in the wound. You are not really “riding” a mountain bike when you hit the ground as the riding part is over at that point. No need to lie, No need to confess. Next!

Good catch Dave, although a few years ago a friend of mine’s claim was denied due to an “extreme sports” clause in his insurance companies policy.

So after I left that comment I was thinking about it…. and I realized its April 1st….

LOL….Umm guys there was a hint.

LOL But I love the passion in some of the statements..

NICE! Big sigh of relief that today is the 1st!! Perfectly played joke

This was one of the more clever April fools jokes I’ve seen today.

To those of you that fell for it: I’m not mad, just dissapointed. 😆

Oh hell no!!! Man I’ve been had. I was brushing my teeth and it hit me…rat bastard! Got me! Good one.

LOL…I did something similar on FB, said I was at hospital with broken arm from mtbin’. Received a bunch of comments, alot of people believed it but the ones who know me caught on right away.

dude, either learn to ride or ride some shit you can handle….then you wont break yourself or be a burden on our society…

I guess some people still don’t get it?

@eastwood, I guess that’s what what happens when you don’t read all of the comments before you?

I get it. NICE. Unfortunately I was just reading it for the first time, today, April 2nd. However, a buddy of mine and I were just reading this and he had good idea, “Take up Cyclo-cross.”

Wow glad this was an April Fool’s joke because I started thinking about my health insurance and wondering if I had to worry about that. Whew!! and then I was thinking how could you give up mountain biking because of a health insurance company? Good one!!!

reading this a bit late and was seriously concerned for you and Mudhunny. Glad it april fools joke…. I hope!