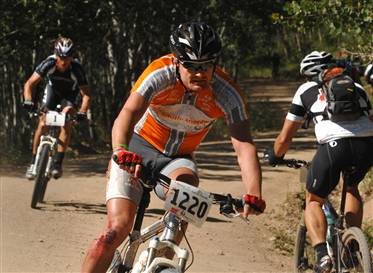 Landis on his custom BMC mountain bike in 2006.

We’ve heard about some pretty sweet mountain bike deals on websites like Craigslist recently but this good-old-fashioned garage sale find has to be one of the best. Greg Estes thought he got a pretty decent deal when he found a BMC mountain bike for $5 at a Kentucky yard sale and figured he’d fix the flat tires and resell the bike for a couple hundred bucks. Little did he know he found Floyd Landis’ custom bike that he rode in the 2006 2007 Leadville 100 mountain bike race.

For the cycling history buffs out there, 2006 was the year Landis “won” the Tour de France and also the year he suffered a nasty crash during the Leadville 100 before finishing 2nd overall. Loren Foley, manager of Cyclo-Path Bicycles in California where the bike was purchased, estimated the bike could be worth $5,500 to $6,000 on the open market. As a collector’s item it could be worth even more (or less, depending on your feelings about Landis). 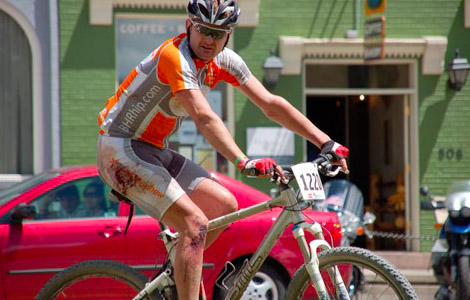 The bike’s seller claims her family found the bike on the side of a Kentucky interstate. The seller figured the bike wasn’t worth more than $5 because of the flat tires and the broken-looking pedals (they were clip-ins, probably eggbeaters).

Most of the mountain bike deals that seem too good to be true on Craigslist usually are (or they’re stolen) but it sounds like this is a rare, lucky find. Don’t be surprised if you see this bike for sale again – though next time it will probably go for more than $5.

Community
A Chain of Inspiration has Grown Mountain Biking in the...
Gear
The Donnelly AVL Tire is Stoked to Climb Technical Trails...
Trails
An Intro to Bikerafting: How it Works, and How to...
Gear
An Inverted Dropper from Enve, Revel DJ Bike, and Improved...
Subscribe
Login
Please login to comment
1 Comment
Most Voted
Newest Oldest
Inline Feedbacks
View all comments

Floyd was sponsored by Speedplay (pedals) and has them on his new, post-doping-suspension ride, so I would assume that’s what he used on the BMC mountain bike.

Speedplay pedals look pretty weird and I can only imagine what they would look like on a bike found by a non-cyclist!