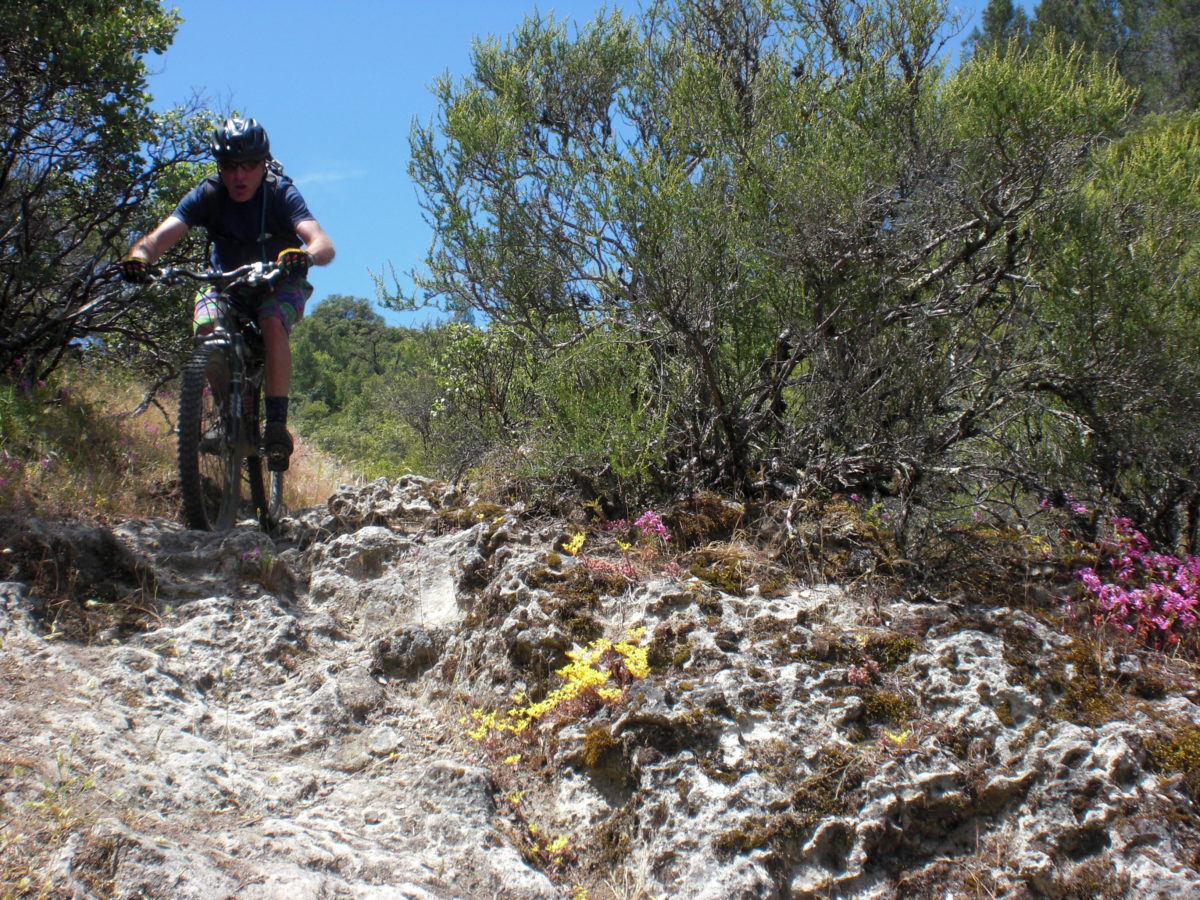 I was riding behind Fuzzy, lights ablaze, and I knew we were nearing The Rock, so there was hike-a-bike in our future. The trail traversed the mountain, occasionally offering glimpses outward: to stars if you had the time to look, to the distant lakes, but unless it was a full moon night, those were mostly just blacker blank spots. If it did happen to be a full moon, and cloudless at that, the waters were magical silver smudges, twinkling for a millisecond before you’d better get your eyes back on the trail.

Mostly it was tree-shrouded with little stream crossings and differing geologies. We all loved “The Money,” a 100-foot long section of loose, flat rocks like huge silver dollars that sounded—well, like money—when you rode over them. You’d usually hear a laugh or a hoot or a “Ka-ching!” from the rider ahead or behind you as they passed through.

Fuzzy had an annoying habit of grunting and hollering at the smallest trail obstacle. A competent rider, good at the technical bits, these outbursts would happen regardless of whether he was facing a 3-foot pointy-puzzle drop with certain death on the left and a wheelchair future on the right, or a very small stick in front of a mouse turd. There had been several such instances on the lead up to The Rock.

Most of the time I’d just stop to be on the safe side, though that approach did lead to some cursing when I’d find out the feature was mouse turd vs. wheelchair. The Rock was definitely in the “certain death” category—a pointy puzzle with a sheer drop on one side and a towering rock face on the other, leaving just a narrow, jagged channel to wheedle one’s way through. But that was if you were going downhill, which we weren’t. I wasn’t sure as we rolled up to it what he thought he was doing, charging it the way he did, but he was kind of a weirdo that way, so whatever.

Suddenly, time slowed down. I was close on his heels as he rammed the rock face, lifting his front wheel about three inches, when three feet and a BMX pedigree were in order if one was really going to ride up the face of this thing. Physics being what they are, his back instead of his front wheel began to lift and in this very moment, I rolled to a stop right behind him. My brain computed that he’d fall soon, and that a fall to the left would be exceptionally bad, so my hand reached out of its own accord and did what it could—it grabbed his back wheel, the one that was now reaching its apex—and I just held it there, straight out in front of me, steady and solid.

In fact, I “just held it” for so long that Fuzzy—the poor dear—was suspended there, his headlamp lighting up the lichen, the very small, grey rocks, and the occasional insect drawn there by the 800 NiteRider-provided lumens, which they were most unused to seeing, this being just a regular Tuesday evening. You can imagine Fuzzy’s confusion. He’d charged the rock, it didn’t go well, a crash was imminent, and now his ass was literally over his tea kettle, his face suspended 14 inches from the rock, yet there he was, somehow not eating shit. He even had enough time in this state to say to me

I gently set him down and we had a good laugh. These and other funny things that happened bonded us in that way that mountain biking mishaps and shared fun will do.

So when they told me that the x-ray for your unidentified back pain showed your bones as black from the mid-section down, the cancer already winning, slowly erasing the translucent glow of you, I wished I could have held you up forever. 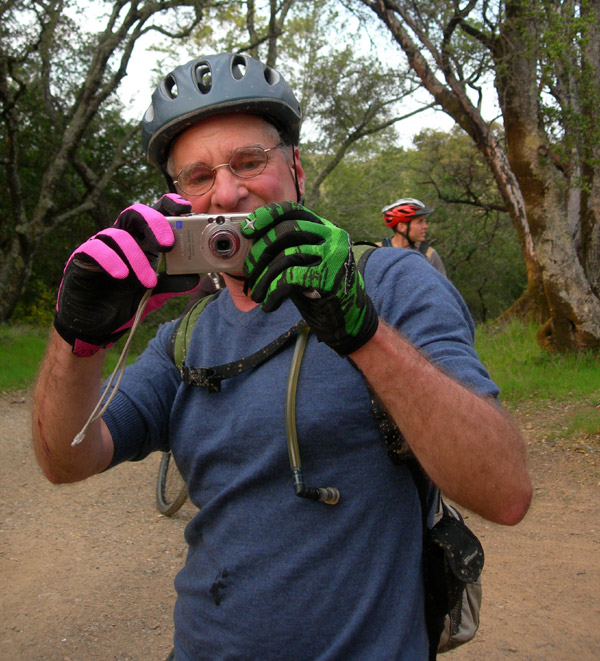 Culture
What Percentage of Your Friends Ride Mountain Bikes? [Survey]
Progression
Avoiding the Worst Possible Post-Race Question: 'How'd You Do?' [The...
Culture
The Balance: Great Trails and Better Friends - Making an...
Trails
Your Backyard Trails Are Somebody Else's Destination

Wow Maureen, it is hard to comprehend how we all cope with such in this life. Though sometimes we may not be able to change outcomes, at least we can walk through the outcomes together and be there for each other. Stand strong with Fuzzy and bring your own little joy to him. I’m sure he will treasure that. Know that my thoughts and prayers are with you and Fuzzy. I trust that many others are also.

Damn, this is a powerful story.