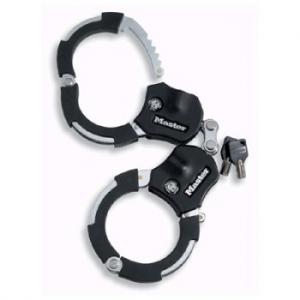 Ryan Nicholl, a roofer in Trowbridge, Wiltshire (UK) had his $2,900 (2,000) mountain bike stolen in 2003 when he was just 14 18 years old. Recently he moved into a new house and as he was getting ready for work one day he recognized his old bike being ridden right in front of his house! The next day he followed the kid and called the police who were able to get the bike back for him.

Apparently the kid had purchased the bike for just $59 (40) so apparently the bike had depreciated a bit since it was stolen. 🙂 With all the changes in MTB tech over the past 6 years the bike is probably in need of a few upgrades but Nicholl is still stoked to have it back – “Now I can’t wait to get back on it at last. I’m amazed.”

Gear
Would You Rather Ride with No Suspension, or No Dropper...
Gear
We Tested 5 Tubeless Tire Sealants to See Which Ones...
Progression
How to Ride Flat Corners on Your Mountain Bike
Gear
Harley's New Electric Hardtail [Gear Watch]
Subscribe
Login
Please login to comment
2 Comments
Most Voted
Newest Oldest
Inline Feedbacks
View all comments