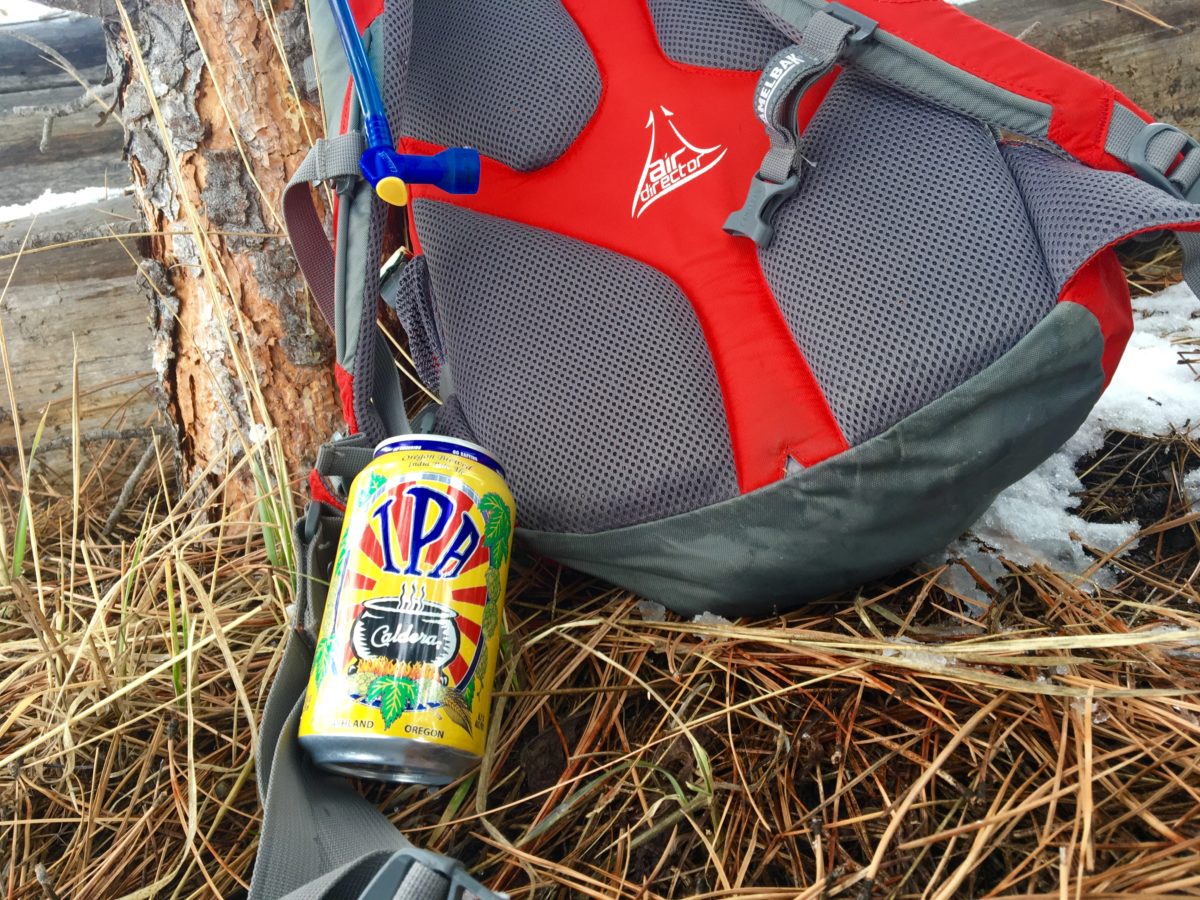 Walk down any beer aisle in your local liquor or grocery store and you’re bound to be berated with three letters that have become the mantra of the beer world: IPA.

The “IPA,” or India Pale Ale, has become the new standard of the brewing world. As a brewer, if you do not have a beer that bears this acronym in some form, you are definitely an outlier. The beer style once only held in regard by their makers and craft beer fan-boys has quickly become the go-to for the common drinker. I believe it follows the same shift in tastes when it comes to really great foods like bread and cheese. We’ve become a culture that likes our food and drink to have flavor.

On the same side of the coin we’ve come to a point where theres so many options of IPA, and it’s hard to choose. Thinking over these things as I stare at the dim-lit glass door of my favorite bottle shop, I reached for a six-pack and took a chance on Caldera IPA. 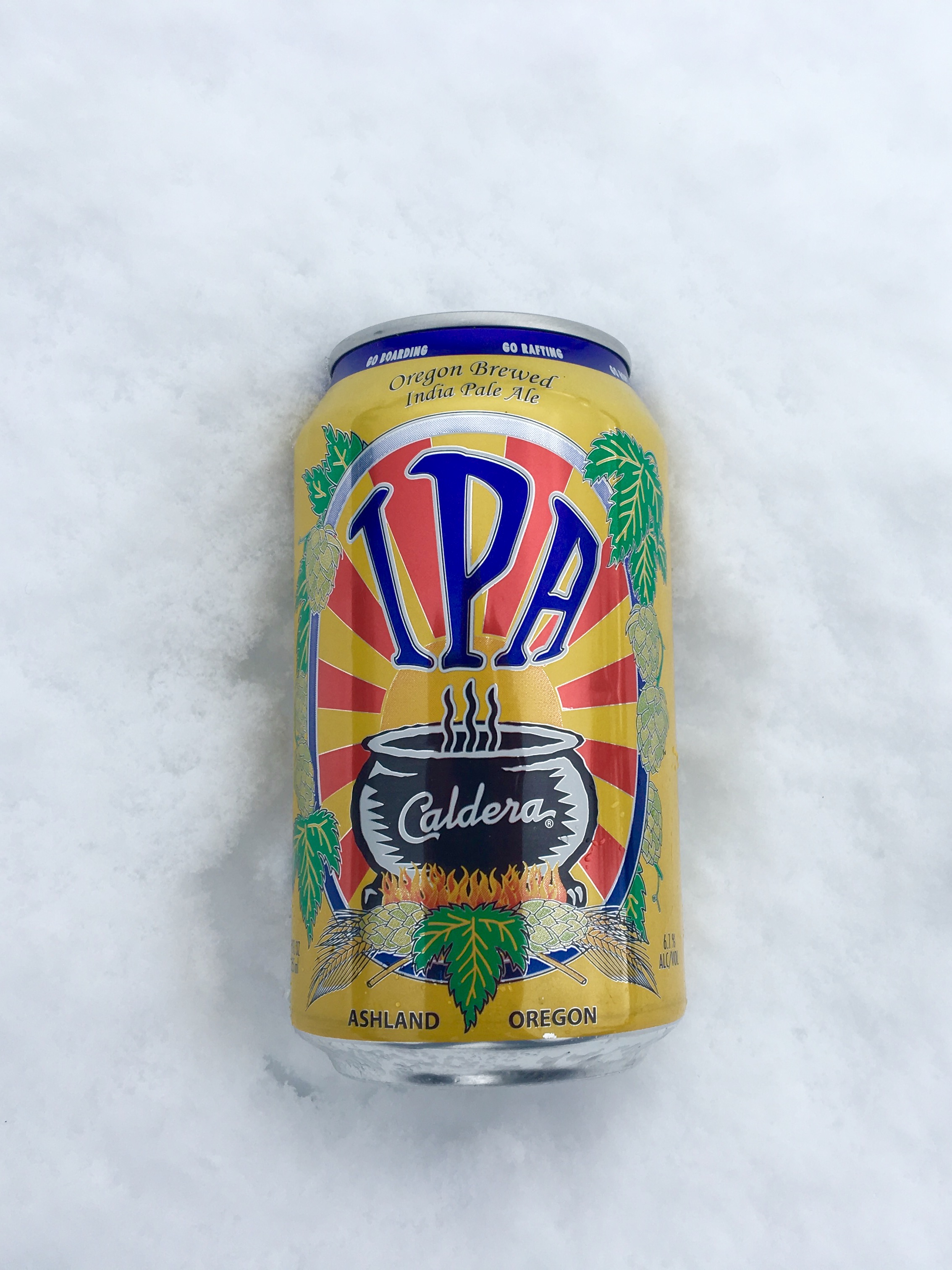 Caldera Brewing is located in Ashland, Oregon–a stone’s throw from the Northern California border and Klamath National Forest. After doing some research I came to find that they were a pretty seasoned brewery, having started in 1997. They also claim the fame of being the first craft brewery on the west coast to can their beer, in 2005. Having learned a little about the brewery, I thought their IPA would be a great addition to an afternoon cross-country ski trip. 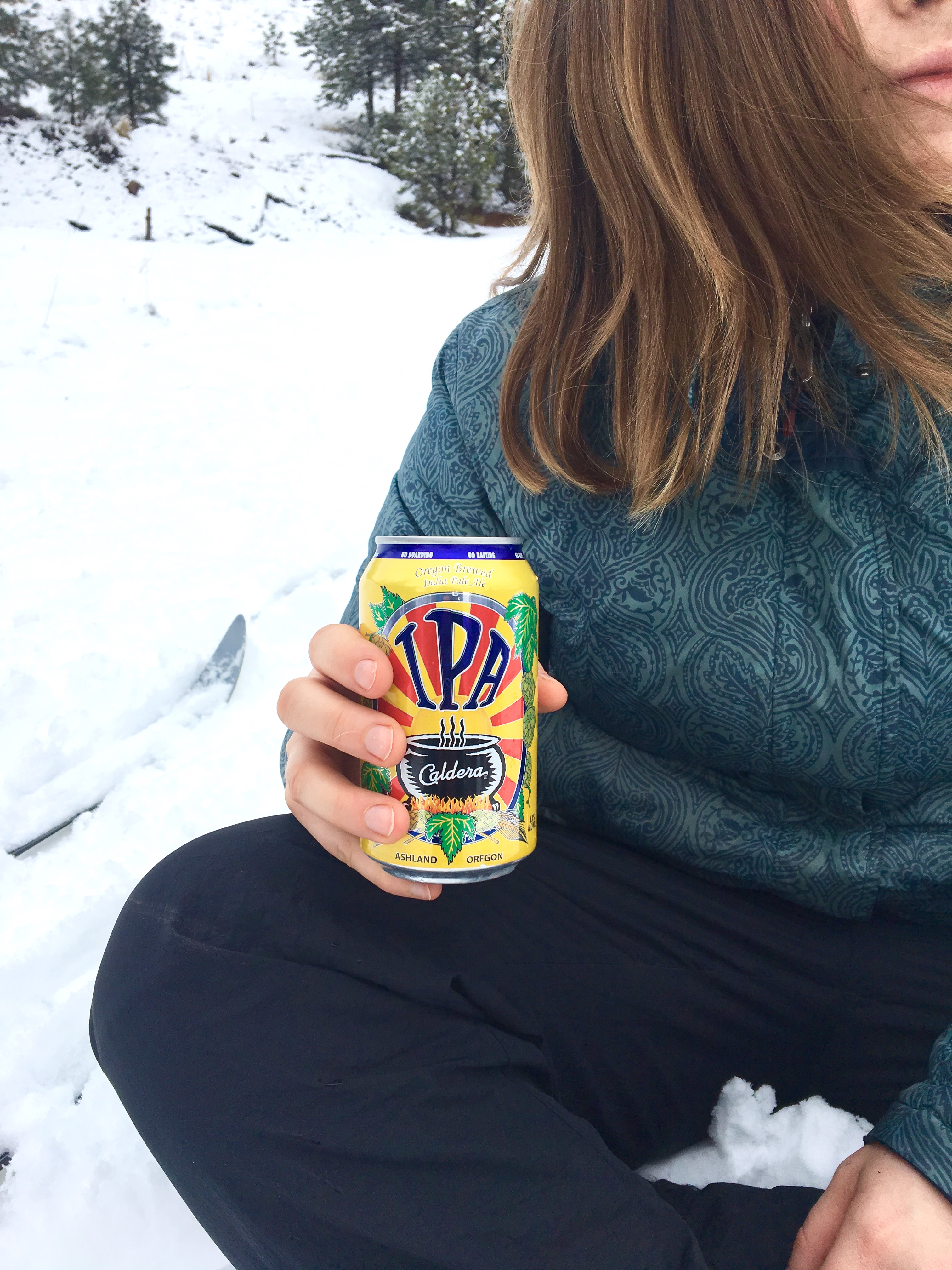 Caldera IPA pours a clear, burnt orange hue with an off-white head. The aroma is exactly what you’d expect from an American IPA–lots of citrus, sticky pine resin, and a nice earthy/herbal character that’s balanced out with a toffee-like sweetness. The flavor of Caldera IPA is a clean bitterness and lots of mouth-coating piney-ness, but also a nice malt character that keeps the bitterness from being overwhelming.

With most IPAs on the market being in the range of +/-7.5% alcohol, I also love that this beer is just over 6%. The ABV, along with the cool can displaying the slogan “Go Boarding…..Go Biking…..Go Fishing…..Go Hops”, leads me to believe that Caldera had something up it’s sleeve when making this beer. This beer is begging to be paired with the outdoors.

In short, does Caldera stand out amongst the thousands of IPA’s out there? Yes and no. Caldera IPA is a great example of the American-style IPA, but it isn’t groundbreaking. The IPA world is always in flux with new subcategories being created all the time–how does anyone keep up? Caldera might not be the choice favorite in a flight of ten other IPAs, and thats okay. However, when you’re floating down the river this summer, consider picking up a six-pack of Caldera IPA. I guarantee after you finish your first, you’ll be reaching for another one.

Your Turn: Do you have a favorite IPA? Have a specific beer you’d like to see reviewed? Let us know in the comments below!

Gear
Are E-bikes Just Mountain Bikes With Motors? We Asked a...
Trails
Tennessee's Smoky Mountains are Full of Good Trails and Good...
Trails
The 12 Best Mountain Bike Destinations in the USA [2022]
Gear
The Continental Kryptotal Re is More Than a Trail Tire...
Subscribe
Login
Please login to comment
4 Comments
Most Voted
Newest Oldest
Inline Feedbacks
View all comments

I am one of the few who is not an IPA fan, preferring a rich, dark Belgian. Looking on the shelves of the local bottle shop, or the beer lists of former favorite bars and restaurants, it’s clear that these three letters are taking over the world and I’m getting increasingly annoyed.

Is there anyone else out there?