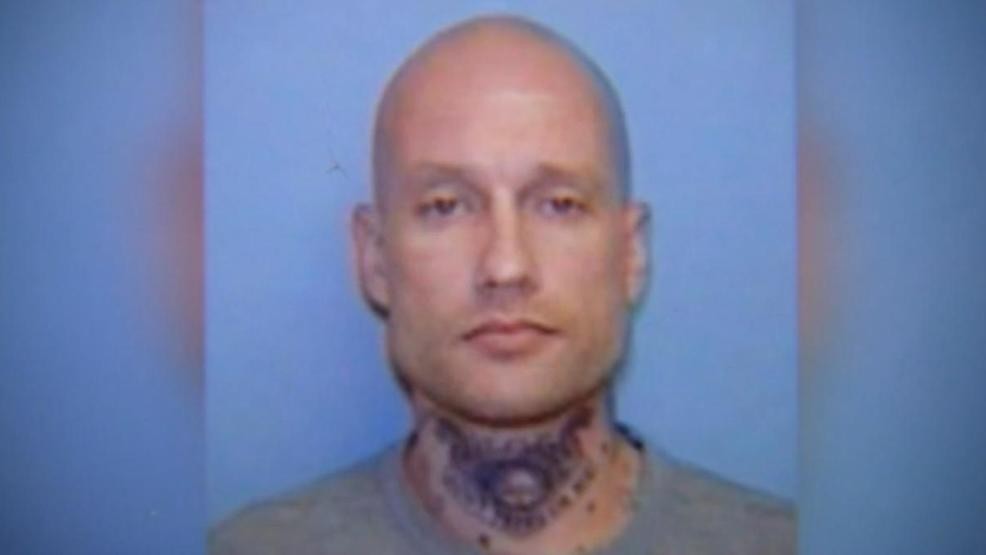 After a six-day manhunt in the Pisgah National forest, the fugitive pictured above, Phillip Michael Stroupe, II, was apprehended late last night, according to an article on WLOS.com.

According to reports, Stroupe stole a mountain bike at gunpoint while fleeing from police, taking off into Pisgah National Forest on bike.

Wednesday morning, Henderson County authorities received a report of a missing man, Thomas Bryson, 68, who had been in the area authorities had been searching for Stroupe in. Later that day, authorities told News 13 they were officially investigating Mr. Bryson’s disappearance as a possible kidnapping.

According to the article, Stroupe was then spotted at 10:40pm last night, and tried to evade authorities yet again. The police deployed stop sticks on Highway 80 to disable the truck he was driving (belonging to Mr. Bryson), and Stroupe took to running on foot. According to WLOS, “Stroupe was taken into custody near Riverside Mobile Home Park, in a field between the mobile home park and a nearby market.”

Mr. Bryson was not with Stroupe and has not yet been located. “Mr. Bryson is described as being 5 feet 9 inches tall, 175 pounds with a gray mustache and hair,” according to WLOS.

“Anyone with any information is asked to call 911.”

This dude is a perfect reason to bring back the guillotine and make the whole event pay per view.

The real question is was the bike ever recovered?!?!

Glad they finally apprehended this thug. I just hope Thomas Bryson is found safely and unharmed.

No updates on the bike, is it just me that want to know if it’s ok? Seriously though, hopefully the ol’ man is ok.

We all want to know if they guy got his bike back.

Most of us put a lot of time and money into our bikes, so we all can relate to how it feels to lose one. The best Justice here would be to know the man got his bike back in one piece.

funny thing is the guy that lost his bike, looks like he is 50ish(my age), the story was on fox news Sirius xm. they say “an elderly man lost his bicycle” Man that made me feel soooooooooooooo old..

Sadly, Mr. Bryson’s body was found yesterday outside of Asheville. And also sadly this story is making me strongly considered getting a cc permit and packing in remote areas. Only after I REALLY learn how to use it. Such a bummer.