Whistler Mountain Bike Park (WMBP) is the undisputed top dog of commercial bike parks, and the park didn’t get there by resting on its laurels. The WMBP plans to add 50km (31mi) of new trail in the Creekside area over the next few years. The build is a massive multi-year project, and is so resource intensive that the Whistler Mountain Bike Park crew, Gravity Logic Inc., and Joyride Bike Parks Inc. have all been enlisted for various parts of this build.

This project brings together all the historical players who were responsible for building the first bike park trails, and is the epitome of commercial trail-building expertise and experience. 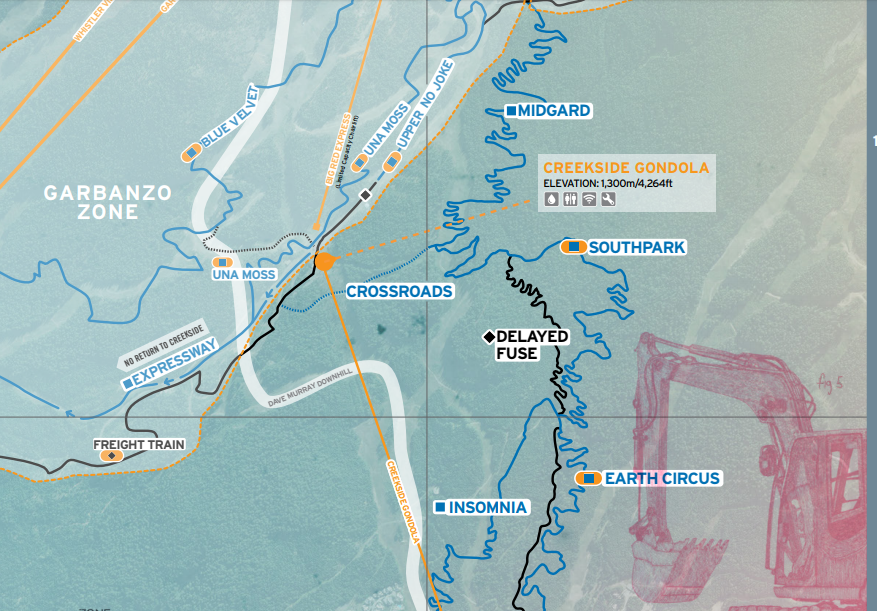 Fifteen of the 50 kilometers of new trails to be built are slated to open this year, with Phase 1 of the build concentrating on lower elevation trails accessible directly from the Creekside Gondola and from Garbanzo/Upper Whistler Village Gondola. Five new trails will be added:

Southpark is a “light” blue, machine-built freeride trail constructed by the Whistler Bike Park trail crew. The trail is about 2.2km long and is the least steep of the new trails. 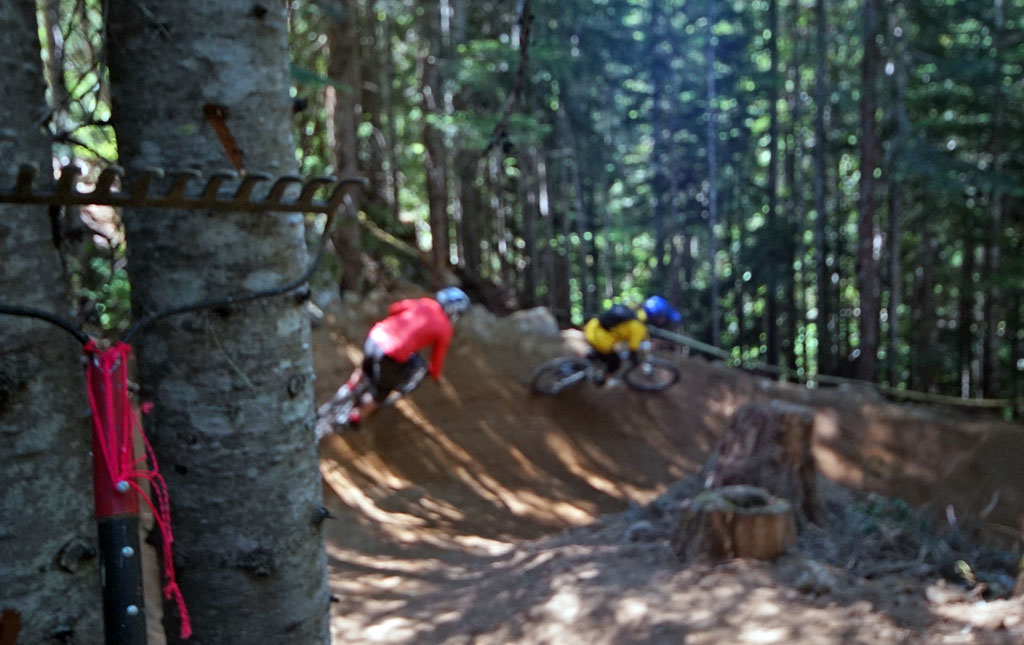 These two “dark” blue technical trails were constructed by Joyride. Together, these two trails measure almost 3km long, with an average grade of 18%.

Delayed Fuse is a black-diamond, technical trail constructed by Gravity Logic. The shortest of the new trails, Delayed Fuse is just over 1km long and features an average grade of almost 25%!

A sixth trail, Mid Gard, is set to open this season, though snowpack is keeping the trail off limits for now. Mid Gard, built by Gravity Logic, will be a “dark” blue trail that’s about 3km long with steep average grades of 20%.

The five trails that are part of the initial Creekside build add 25% to Whistler’s Bike Park system, with total mileage increasing from 60km to 75km. 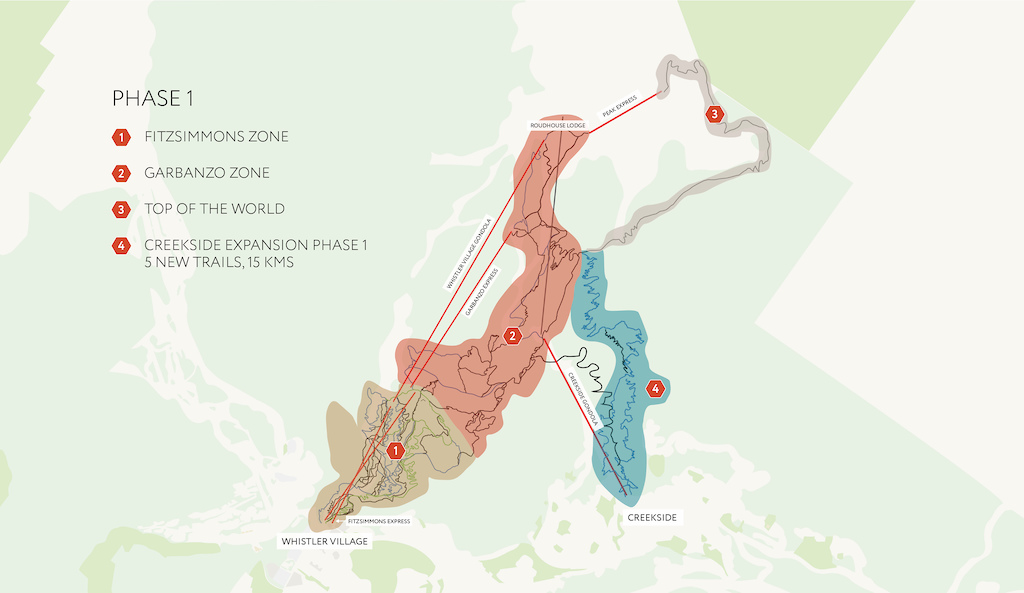 The importance of Whistler’s Bike Park, the Creekside expansion, and its economic impact both to the resort and town can be seen in this 2016 economic impact study. WMBP visitors are high-yield spenders, averaging $90 per person on activities outside the WMBP and $70 per person on bike park activities (lift-ticket, rentals, lessons, etc). 84% of biking visitors cited the presence of the WMBP and its trails as their reason for visiting Whistler.

Creekside will no doubt keep visitors coming to the WMBP. The numbers show that these visitors stay for long periods, staying an average of 7.8 days and spending a lot of money.

Much thanks to Rob M, Wendy R, and Pierre R for coordinating the resources for this story. Rob El Jefe; you will be sorely missed. Enjoy the the extra skiing and biking in retirement!