“A Northern Irish mountain biker found fishing line strung between trees on trails at Cavehill Country Park yesterday,” Dirt reports. The mountain biker in question was Bernard McClure, who was out for a hike with his dog on his local trail system. According to reports, McClure is heavily involved in the local trail building and maintenance organization.

Apparently, Cavehill is known to have issues with trail booby traps although to this point, they’ve only consisted of logs being pulled out into the trail. That changed yesterday, when McClure discovered fishing line strung across one of the most popular mountain bike trails in a blatant attempt to injure riders.

“Hello fellow lovers of the Cavehill. I have been mountain biking here for about 8 years pretty much every week. I’m not sure how people on this group feel about mountain bikers on the hill, but we are a decent bunch of people and we work hard to maintain the trails we create and to ensure they are safely away from main walking paths. We have had an issue with people, who shall not be named, seeking to sabotage our trails by pulling out logs. This has been going on for many years and fortunately, despite their best efforts they have not yet hurt anyone. Today, however, things took a pretty nasty turn. Fishing line was found strung across a main mountain biking trail by some utter moron in an attempt to seriously injure a rider. This has been reported to the police along with the suspects details. I would ask anyone who sees anyone participating in this kind of behaviour to report it. People of all ages ride up here, and we love the hill as much as anyone, it would be a shame to continue down this route as it will inevitably end in someone getting very badly hurt.”

Cormac Hamill of the Cave Hill Conservation Campaign publicly responded, with a comment that has received 43 likes so far:

“As chair of Cave Hill Conservation Campaign, a group with mainly walkers as members (though bikers are very welcome to join, and some have) I can safely say that the vast majority of walkers utterly deplore despicable behaviour like that highlighted by Alan. With a little consideration on both sides, there is no reason why walkers and bikers cannot share the wonderful resource offered by Cave Hill. I would like to think that if anyone has any information related to this dreadful act, they will pass it on to the authorities and I would urge them to do so.”

At this time, the perpetrators are still at large. According to Dirt,

“McClure has reported the problem to the police. Belfast City Council released a statement that said it was aware of the problem and had sent wardens out to check the rest of the trails. It said: ‘In the meantime, we would ask people to be careful and report anything suspicious to the council.'” 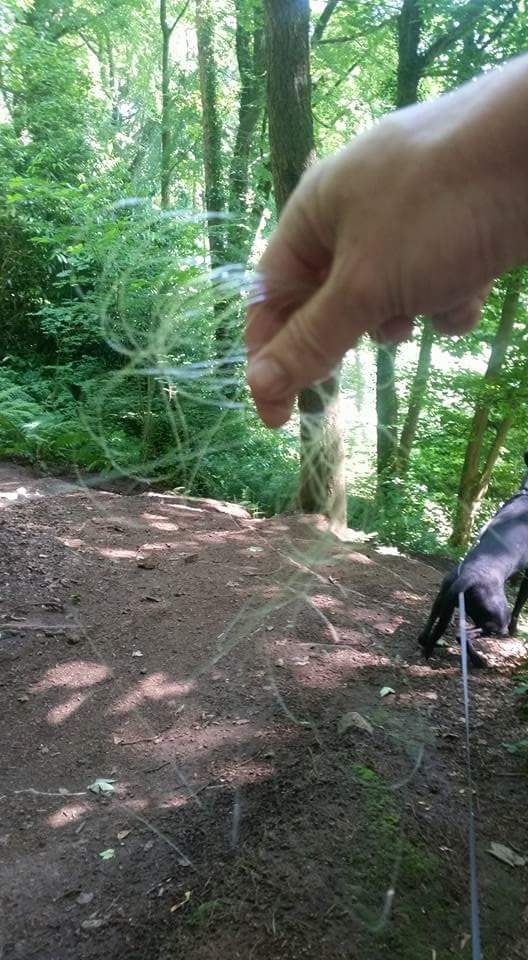