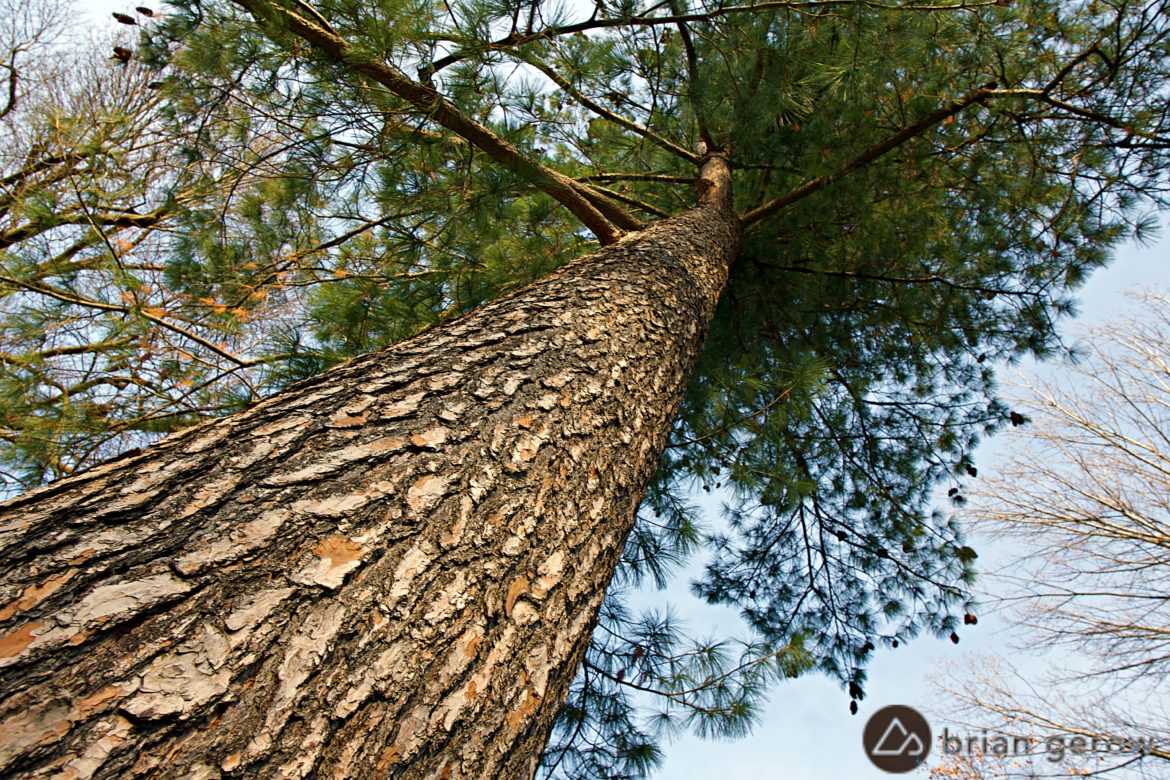 On the dryer side of the ridge, citrus scents waft from our tires as they sift through the soil. We often equate pine tree aroma with summer, good times, and occasionally scented cleaning products. The smell reminds me of playing in the forest as a kid, returning home with pitch in my hair and dirt in both pockets. Thankfully, as an adult, the smell has not lost its luster.

Pine trees make up some of Earth’s oldest living plants. One Great Basin bristlecone pine (Pinus longaeva) specimen, living in California’s White Mountains, has been photosynthesizing for over 5,000 years. The rings of these ancient beasts tell the true story of time, shifting their width and hue to reveal a history of droughts, extreme heat, floods, and fires. 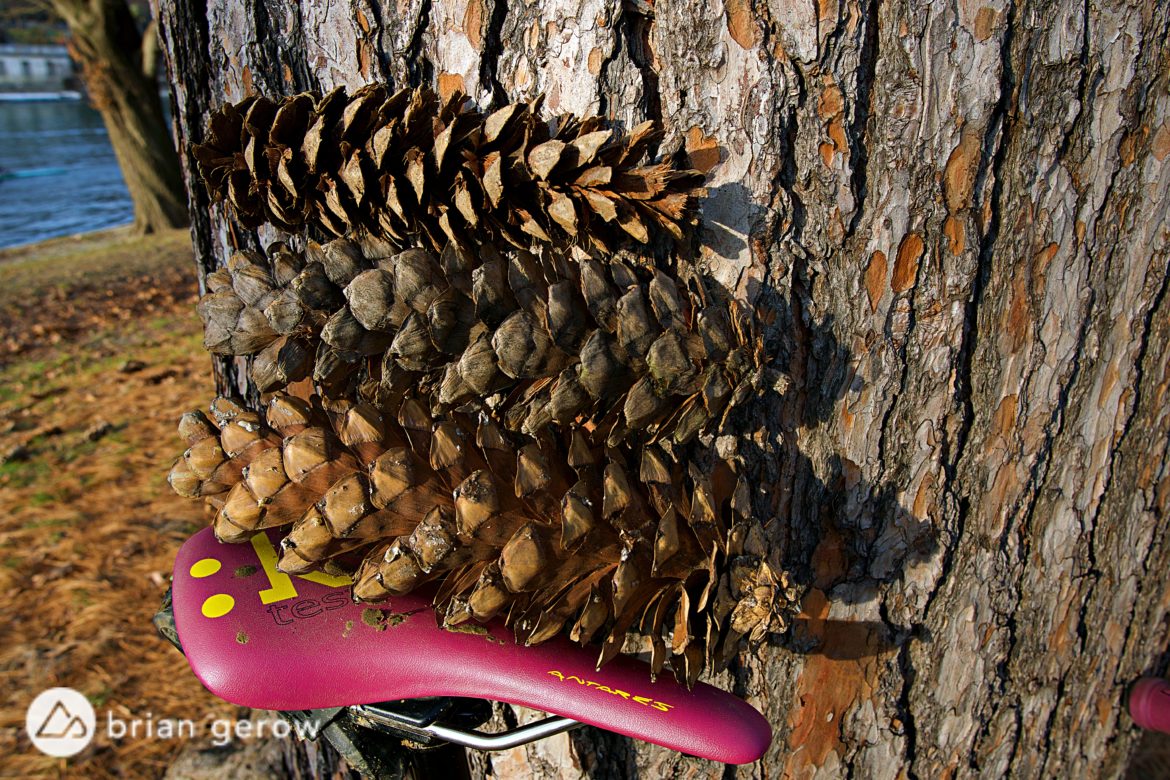 Most of the roughly 120 species of evergreen conifers that make up the pine species are spread across the northern hemisphere.

The size of a pine depends on its species and access to water. Overall height ranges from 10-245 feet, with most species reaching 140 feet. The crown of some trees can stretch as wide as 30 feet in diameter. Most pines are shaped like an isosceles triangle, with the acute angle at the top, though there are species that lean directly toward the sun, and those that are shaped like open umbrellas or broccoli.

Pine trees are most often found in dry, well-draining soils, typically in areas with prolonged, direct sunlight. Some species grow best in low valleys, while others like the Sugar Pine can be found near high alpine treelines. Pine grow well alongside other sun-stoked trees such as red oak, juniper, cypress, and some firs. Their canopies create large dry patches on the ground below, leaving the understory and groundcover in Pine forests rather sparse.

Animal and human use

Like many evergreens, pine trees provide shelter and food to hundreds of species of animals. Rodents and birds feed off the seeds, insects feed off of the sap, and mammals as large as bear and mountain lions can be found using the trees as a dry respite from the weather.

One of the most intricate animal relationships with pine trees occurs during the creation of pine honey. The first step of making pine honey happens when one of several sap-sucking insects, typically scales and aphids, latches itself to a pine and proceeds to consume as much of its natural sap (phloem) as possible. These insects secrete a sweet fluid that honey bees then collect and use to make honey. This thick honey reportedly has a strong flavor, and in Turkey and Greece, it is a more popular sweetener than flower nectar varieties.

From the antibacterial properties of pine pitch to cough suppressant qualities of the inner bark, humans have been using bits of pine trees to cure what ails us for quite some time.

The Iroquois and Micmac tribes used it as a panacea, finding its inner bark and resins to be a healing wonder for coughs, bronchitis, laryngitis, and chest congestion. When Europeans first arrived in America, they reportedly followed the wisdom of the natives and drank tea made with Eastern White Pine needles to ward off disease. The blue-green needles are extremely rich in vitamin C. –S.A. Rogers

Pine bows, resin, and cones are some of the best supplies for making a torch to light your way in the forest, among other survival tools. Check out this video to learn how to make a torch with a pine cone and spruce resin.

One of my favorite byproducts of pine trees is pine nuts. The edible seeds come from 20 pine species, including the tall umbrella-like Stone Pines that grow naturally throughout the Mediterranean climate zone. Pine nut pesto is a traditional Ligurian dish, the same region you will find the legendary tracks of Finale Ligure. Check out my quick and easy recipe below.

Unlike baking and brake bleeds, the ingredients in pesto are measured imperfectly, by taste and experimentation. I like to add sea salt and one chipotle pepper to mine.

Blend all of these delicious foods together in a food processor until they are nice and pureed. Next, boil your favorite pasta as long as long as you like, and drain it. Sauté whatever vegetables are in season and toss those on top. Finally, mix in as much of the pesto as you prefer. Cooking doesn’t get much simpler. 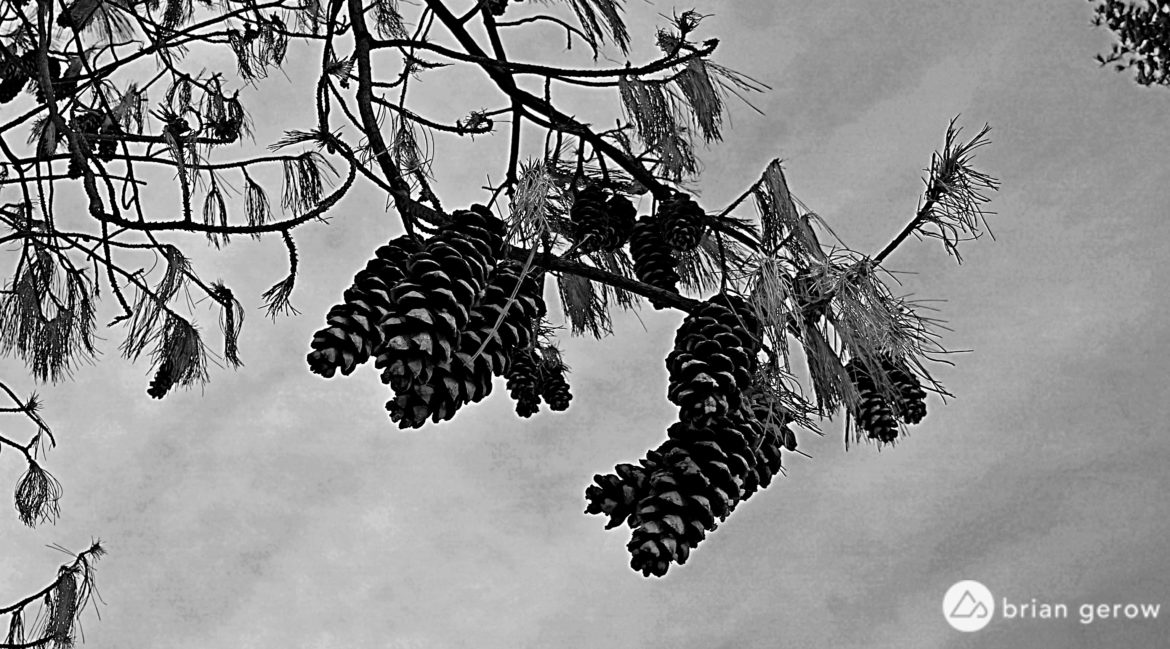 Your turn: What’s your favorite trail to ride among the pines?

Progression
Sizing Up or Down Plus Handlebar Widths and Crankarm Lengths:...
Gear
These MTB Deals are Fire, including 40% off Patagonia Dirt...
Gear
Never Underestimate the Power of a Good Zip-tie
Gear
The Maxxis Minion DHF Tire is Still the One to...
Subscribe
Login
Please login to comment
1 Comment
Most Voted
Newest Oldest
Inline Feedbacks
View all comments

Good article. BTW, there are many wild ‘trail snacks’ available out there if you know where and what to look for especially in the spring time. It just adds one more adventure to mountain biking. Your local library should have several books on wild edibles in your area.