So I have this New Year’s tradition that I started four years ago and haven’t kept since: A New Year’s day mountain bike ride. Yesterday that tradition was revived at the Stonewall Falls Loop in Rabun County, Georgia and it was incredible!

Despite a cold forecast of wind and freezing temps mudhunny and I got an early start and drove an hour and a half to the trailhead high in the North Georgia foothills. No one was at the trail (surprise!) but at least the sun was shining and the wind wasn’t too bad. 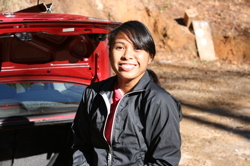 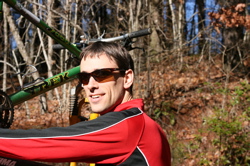 I had spoken with a local rider a few months before and learned the Stonewall Falls loop had been completely redesigned with 7.5 miles of NEW singletrack. We didn’t recognize the first 2/3 of the ride as it was totally rerouted – no more boring fireroad climb. Apparently some type of trail building machine was used to create the smooth track through the woods and despite the leaves on the ground the trail was easy to follow. The mileage was even marked with official forest service signs and in a couple spots there were option splits marked with appropriate difficulty ratings – nice touch! 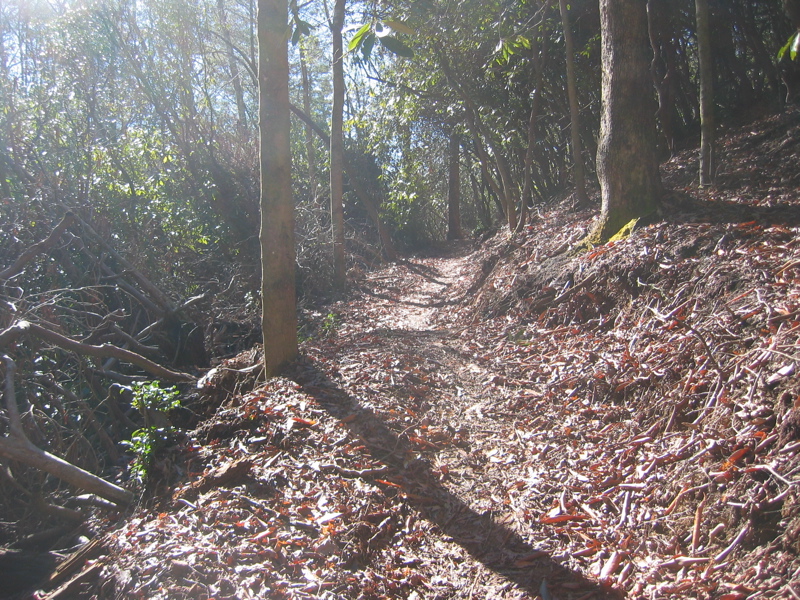 Toward the end of the trail as we approached the title-track Stonewall Falls we came to a stunning realization: we were about to freeze our asses off. The first major stream crossing of the ride was a doozy – 2+ feet of freezing fast water, 12 feet across, and nary a stone to step on. I took the plunge first, managing my speed to carry me across while keeping my splash to a minimum. Mudhunny took a different approach – go fast and get it over with. Of course this produced a soaking from toe to thigh so I don’t think she would recommend this approach.

Three more crossings of the same stream later (two of which we were forced to wade through) and our feet were suitably frozen. Luckily it was less than a half mile to the car where full heat was waiting to thaw our feet.

With all the new work at Stonewall I have to say this is perhaps my favorite trail in the state: Fast trails, moderate climbs, and incredible scenery. I can’t wait to get back once things warm up a bit 😉

Gear
MTB Deals to Help Beat the Heat
Trails
Passing By: Mountain Biking the Steep and Rugged Trails of...
Progression
How to Ride Flat Corners on Your Mountain Bike
Trails
Cuyuna and Pisgah Add New Trails, While Utah Gets a...
Subscribe
Login
Please login to comment
2 Comments
Most Voted
Newest Oldest
Inline Feedbacks
View all comments

So what you’re saying then….. is that it’s cold? Nice!

You know, for those long fording attempts, I know that some places sell dry-suits. 😉 😀

[…] And yes, for the record I did write just a few weeks back that mountain biking in the winter is indeed possible, no matter the conditions. Heck, I even made it out on New Year’s day, though I haven’t been out since […]