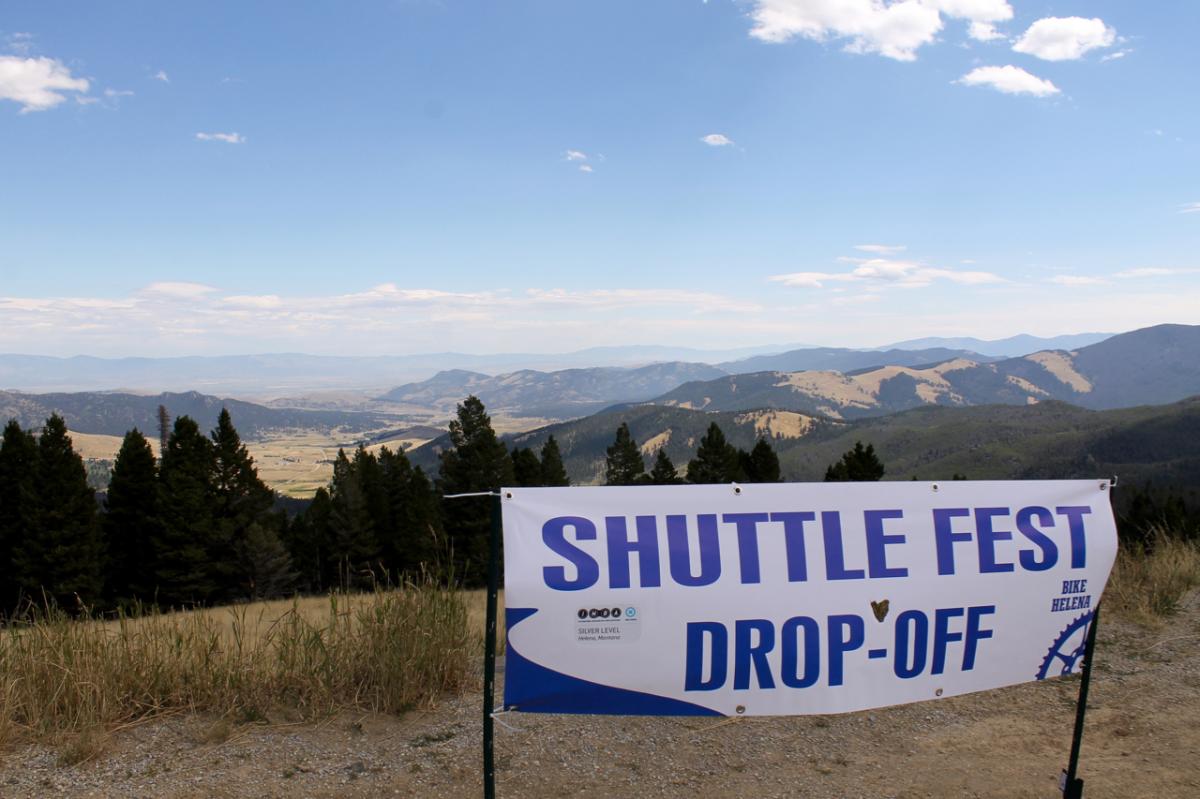 Helena, Montana’s Shuttlefest began with the most backcountry trail that they routinely shuttle to: the MacDonald Pass portion of the Continental Divide Trail.

We have a popular CDT shuttle route near my home of Salida, Colorado. It’s called the Monarch Crest… perhaps you’ve heard of it? I wasn’t sure what to expect from MacDonald Pass, but based on my previous year and a half of living in Montana, I was pretty sure it wouldn’t be quite like the Monarch Crest. And I was right.

Instead of a relatively mellow pedal along the top of an alpine ridge, followed by a technical descent, MacDonald Pass flipped the formula on its head. The “traverse” along the ridge top actually consisted of a series of steep, highly-technical climbs and descents. Indeed, the CDT portion of the route was the most technical, with large, bouldery rock gardens, and a couple of tricky sections I had to try twice to nail. 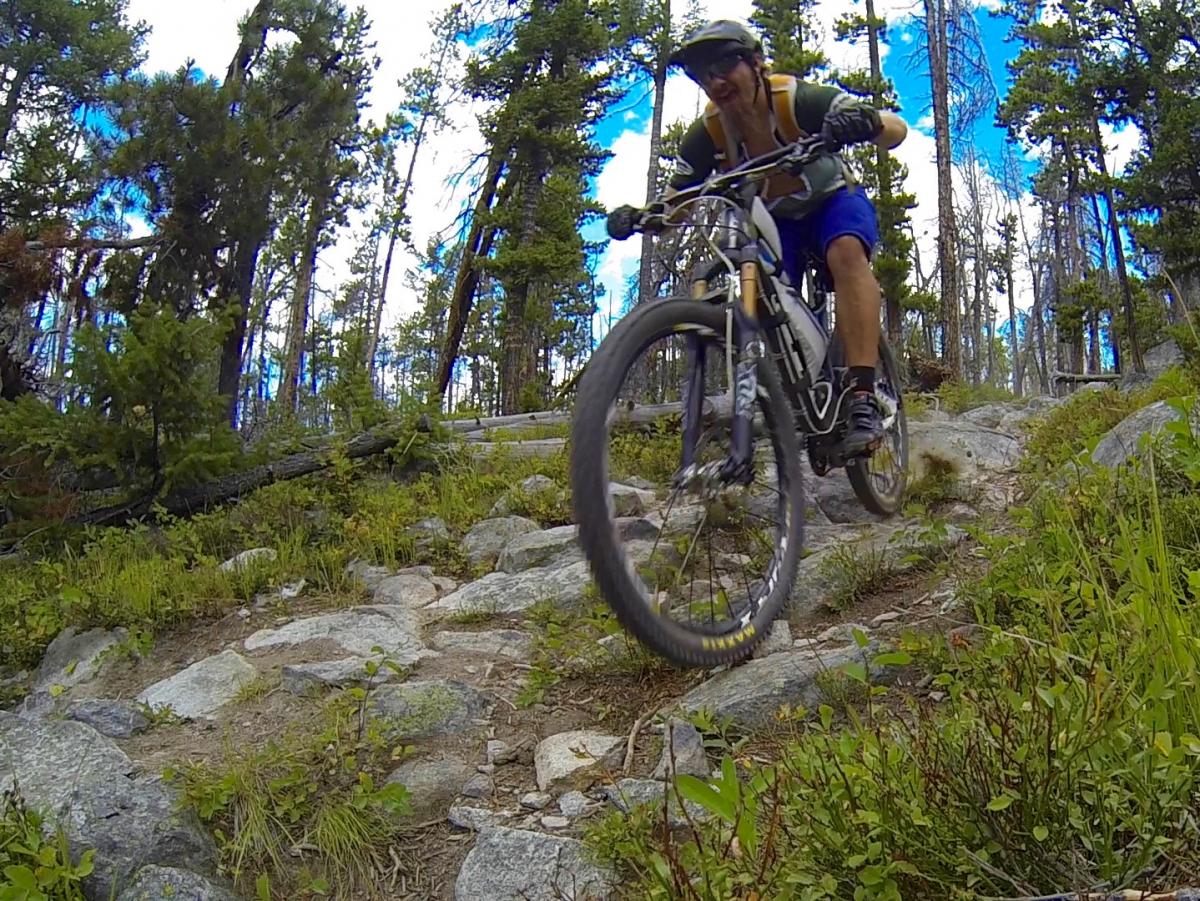 Now, that’s not to say I rode the whole trail: with temps hovering around 90, humidity higher than my pansy Colorado ass was used to, and steep, treed, technical climbs, I did a fair bit of pushing before I hit the descent. But in classic Montana style, once it was time to go descend, the singletrack went down—and FAST!

Since it was a shuttle, I was half-expecting bermed corners, well-worn singletrack, and a ripping descent. The descent was ripping alright, because it was steep, fast, and old school! However, that old school singletrack can be tricky to ride: with a narrow trail tread, the singletrack would drop straight as an arrow, allowing you to hit mach 10, then take an off camber turn hard to the right or left—I flew off the trail once or twice before reining it in, and began expecting an awkward turn when I least expected it.

The lower section of the descent continued to drop fast, but the trail fed into a section of tight, techy switchbacks that required near-trackstand skills to navigate. Again, what else would one expect from Montana mountain biking?

While the MacDonald Pass ride had surprised me with the gnarliness and challenge of its singletrack, it’s also worth mentioning that route finding can also be a challenge. Again, I was surprised to find the turn off to the descent rather poorly marked, but thanks to the Singletracks Topo app I was able to double check my location against our GPS track and verify that yes, I was supposed to bang a left through the meadow on an unmarked depression in the weeds. Make sure you make the turn off, because if you don’t, the CDT might just take you all the way to Mexico! 🙂

Despite being a regular ride serviced by the Trail Rider shuttle, MacDonald Pass is raw, challenging, and oh-so-good! Don’t let it’s 10-mile length fool you: this isn’t an easy ride. For a more action-packed taste of what it’s like to ride MacDonald Pass, check out this quick clip:

I loved getting to experience Helena’s wild side, which made the network of singletrack of the more developed trails in the 75-mile South Hills Trail System such an interesting counterpoint!

There’s a different restaurant or coffee shop on seemingly every corner in Helena, with all of the big chains available out on the highways. But in addition, there are plenty of great local restaurants to explore.

For breakfast, I had a great time at Park Avenue Bakery, with delicious coffee and baked goods. Located kitty corner from the hotel, it was a super convenient place to get fueled up for the day.

During my stay there, I enjoyed a few key restaurants. The historic Windbag Saloon & Grill offers up excellent burgers and homemade fries, along with a variety of other sandwhich and entree options, right in downtown–just a few paces from the Holiday Inn where I was staying. If you’ve already checked out the breweries or are looking for a spot that’s open later, Windbag is also a great spot to grab a drink.

I also drove a couple of miles to a more modern outdoor shopping mall area that houses the Silver Star Steak Co. With about average pricing for a steak joint, the food was excellent, the service was superb, and the atmosphere was really fun.

Want to keep reading about the excellent shuttle service that’ll deliver you to the top of MacDonald Pass–for free?! Click here!

Mac Pass! Such a good ride. I’m glad you enjoyed ShuttleFest, wish I could have been there but it conflicted with one of the enduro events.