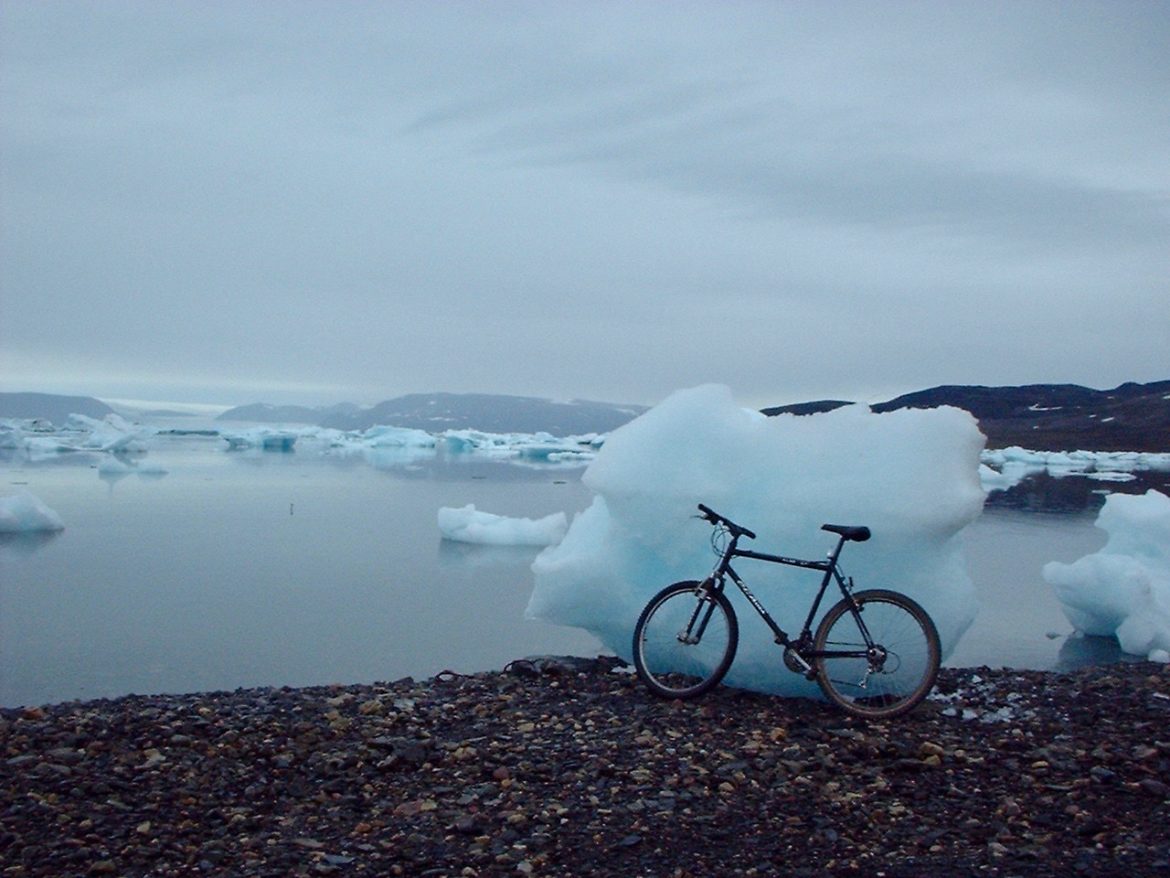 “This bike is a piece of crap,” I thought to myself. I couldn’t believe anyone would actually call this thing a mountain bike, nor could I understand the appeal of riding it on loose, rocky doubletrack without a tree–or anything green, for that matter–in sight. Yet here I was, mountain biking 750 miles north of the Arctic Circle in Greenland.

Gary, Russell, and I had left the bluebird summer skies of Colorado just a few days earlier and now found ourselves under dreary gray skies riding bikes at the top of the world. This was prime mountain biking season in Colorado, and yet here I was pedaling across mostly flat, barren terrain in my sneakers and a sweatshirt.

Gary and Russell had been to Thule (pronounced Too-lee) a few times before and were really enthusiastic about showing me the sights. Gary was a big cyclist back home and had been telling me about this “mountain bike ride” for months leading up to our trip. Russell, on the other hand, was quiet in an antsy sort of way and enjoyed smoking a lot, so I was surprised he wanted to go along for the 10-mile ride.

Greenland is an autonomous country within the kingdom of Denmark, and as we all know,  Europeans are crazy about bicycles. So it wasn’t too surprising to find bikes available to rent even here, 750 miles above the arctic circle with only limited air and sea access. This was a once in a lifetime opportunity to mountain bike in the least densely populated country in the world, and I had to take it. 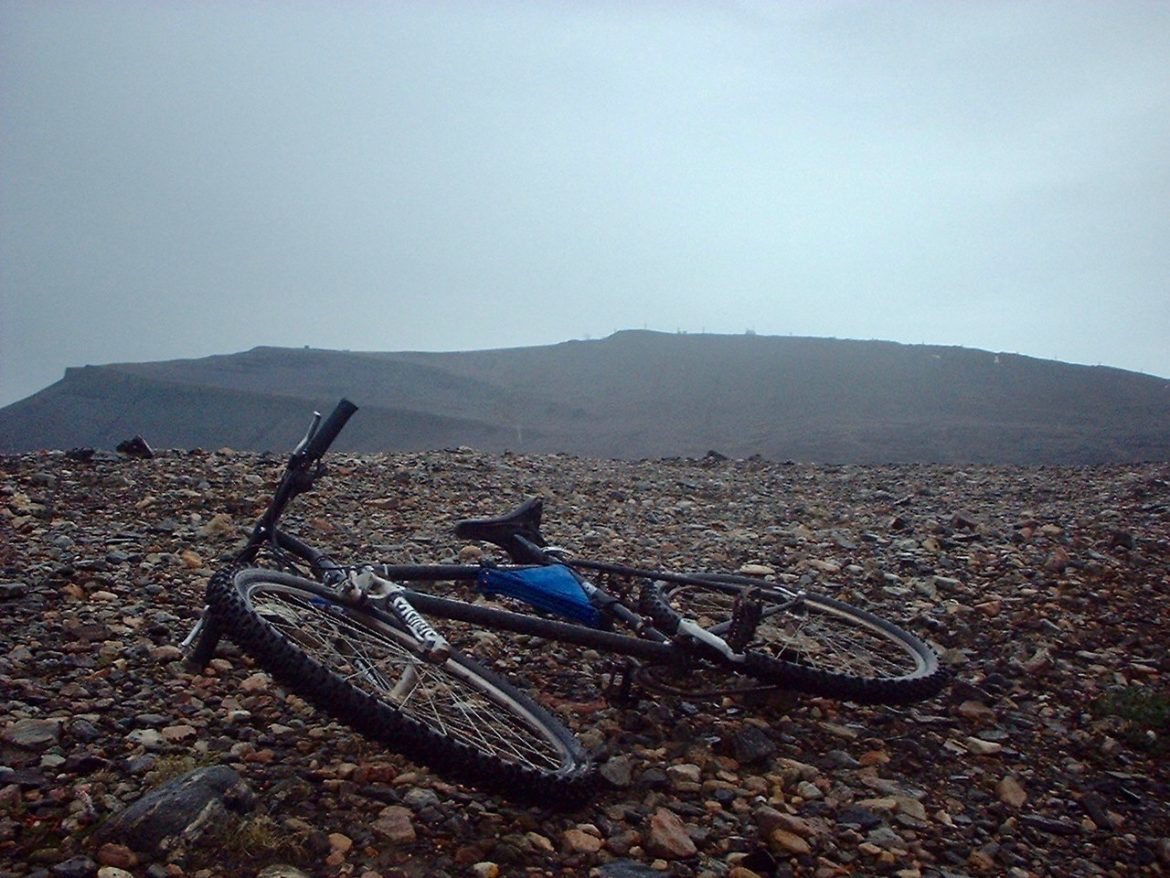 We checked out our BCA mountain bikes from the base rec center, and the $5 rental fee included a helmet. I don’t know for sure which model BCA bikes we were riding, but they were heavy and poorly maintained. At least they had suspension forks that sorta worked. The employee at the rec center gave us a photocopy of a hand-drawn map showing us how to get to the waterfall, and we were on our way.

This far north, Greenland is mostly just ice and rocks, with the occasional patch of moss and short, brown grass dotting the landscape. During our trip we would see small foxes skulking around, and even jackrabbits that were comically larger than the foxes.

For the first mile or two we followed one of the main dirt roads away from the base. Russell pointed out the warming huts along the way, positioned for use in case of a vehicle breakdown during the harsh Greenlandic winters where blowing snow and freezing temperatures can quickly lead to death. Fortunately for us, the temperatures were in the upper-forties that day, part of an unusually warm spell that would, within a few days, cause unprecedented flooding at the base as the top layer of the polar ice sheet melted.

We hung a right off the main dirt road onto a smaller track, about as wide as an ATV. The trail was littered with rocks of all shapes and sizes: everything from pea gravel to flat, water-weathered skipping stones with loose baby heads dotting the edges.  After about a mile, we came to a turbulent river crossing where we hoisted our bikes onto our shoulders and picked our way through a tricky pipe crossing suspended just a few feet above the frigid water. At the other side of the pipe bridge, the path turned into a narrow ribbon of rough singletrack, worn into the earth by a few decades of limited foot and bike traffic to the waterfall. 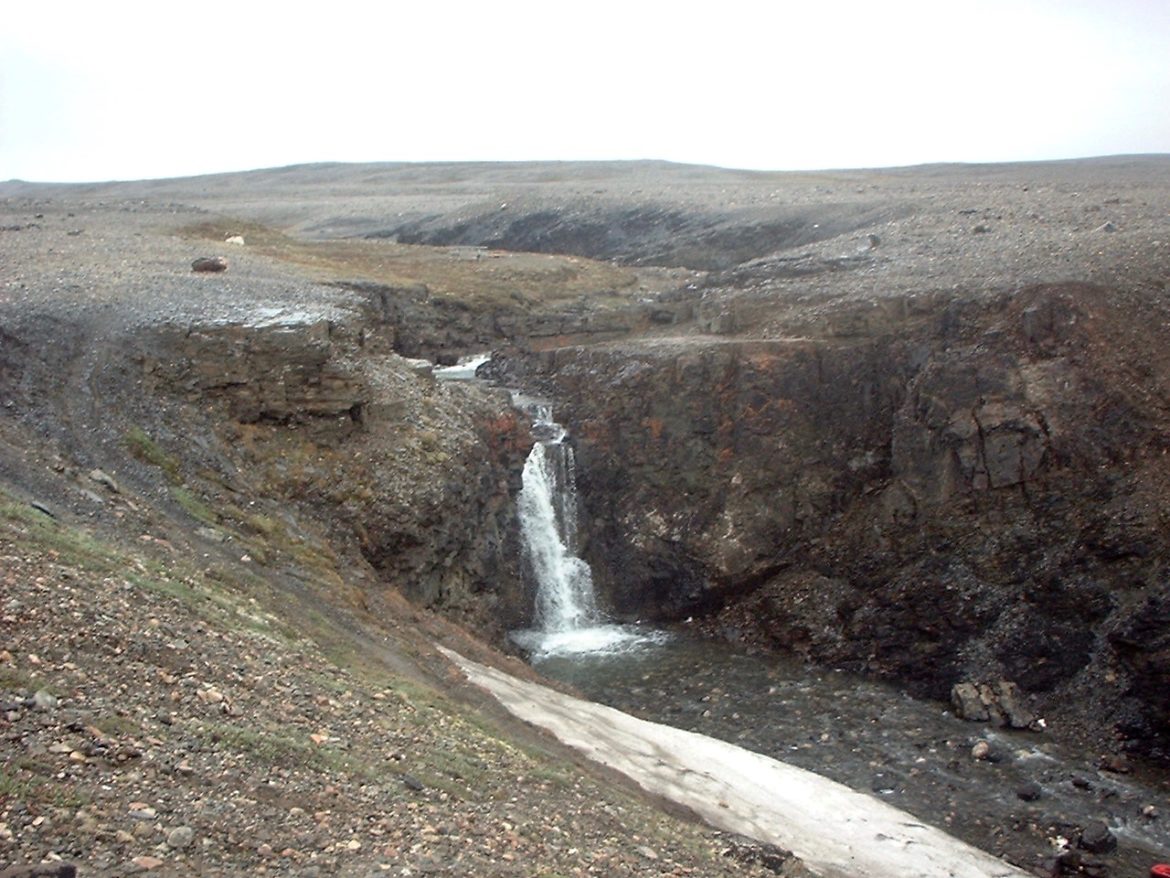 I have to admit, the waterfall itself was a bit of a letdown. A small stream tumbled 12 or 15 feet over dark brown rocks onto the start of the beach below. As we rode down the path beside the waterfall, I was actually much more interested in the views of Wolstenholme Fjord in front of our knobbies. 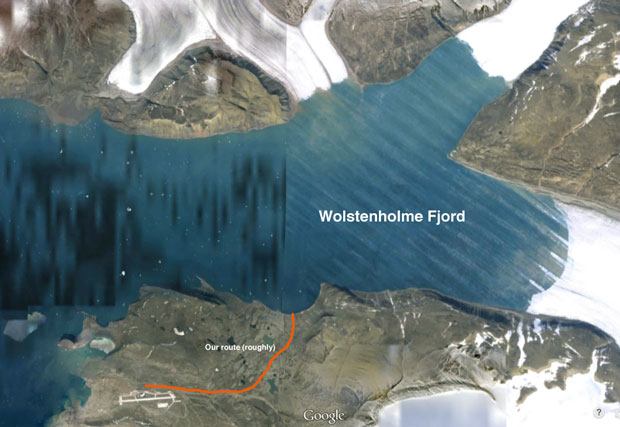 Wolstenholme Fjord is reportedly the only place on earth where 3 active glaciers join together, and the translucent blue icebergs dotting the bay looked absolutely unreal. In the distance we could hear chunks of ice periodically calving off a glacier and into the bay but otherwise, the water was completely flat, with an eerie silence surrounding us.

After snapping our requisite “bike over the shoulder” photos with icebergs in the background, we headed back to Thule using the same path we traveled on the way out. At the pipe bridge, Gary and I scanned the horizon for Russell, who was seriously lagging behind at this point. Eventually we saw him grinning as he slowly ground his pedals up the gentle rise to the crossing. Even though it was summer, Greenland is no place to get left behind!

Before the end of the trip, we would explore the polar ice sheet (which, we later found out, is a no-no due to dangerous conditions), hike up Mount Dundas using fixed ropes at the top, and drink cocktails spiked with chunks of real iceberg ice. While Greenland doesn’t have its own flow trail (yet), it’s an amazing place to explore on a mountain bike. 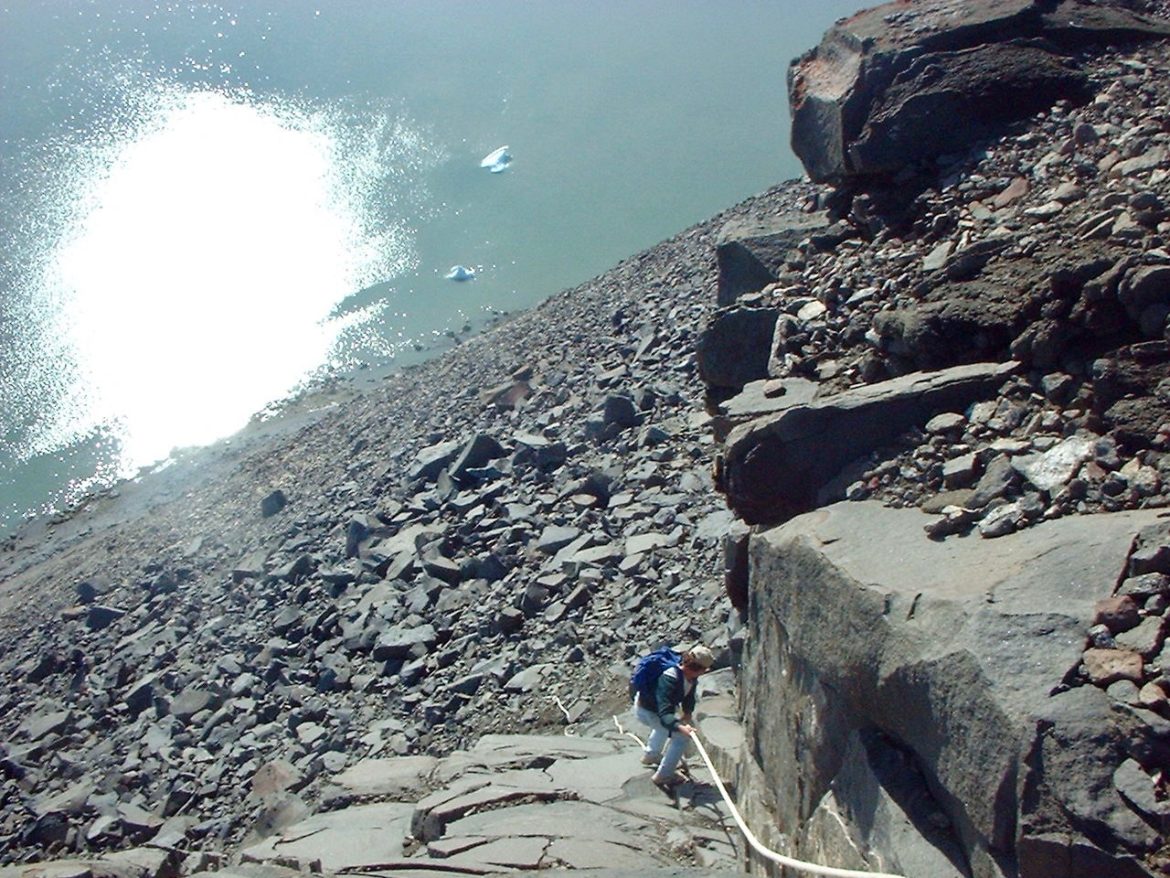 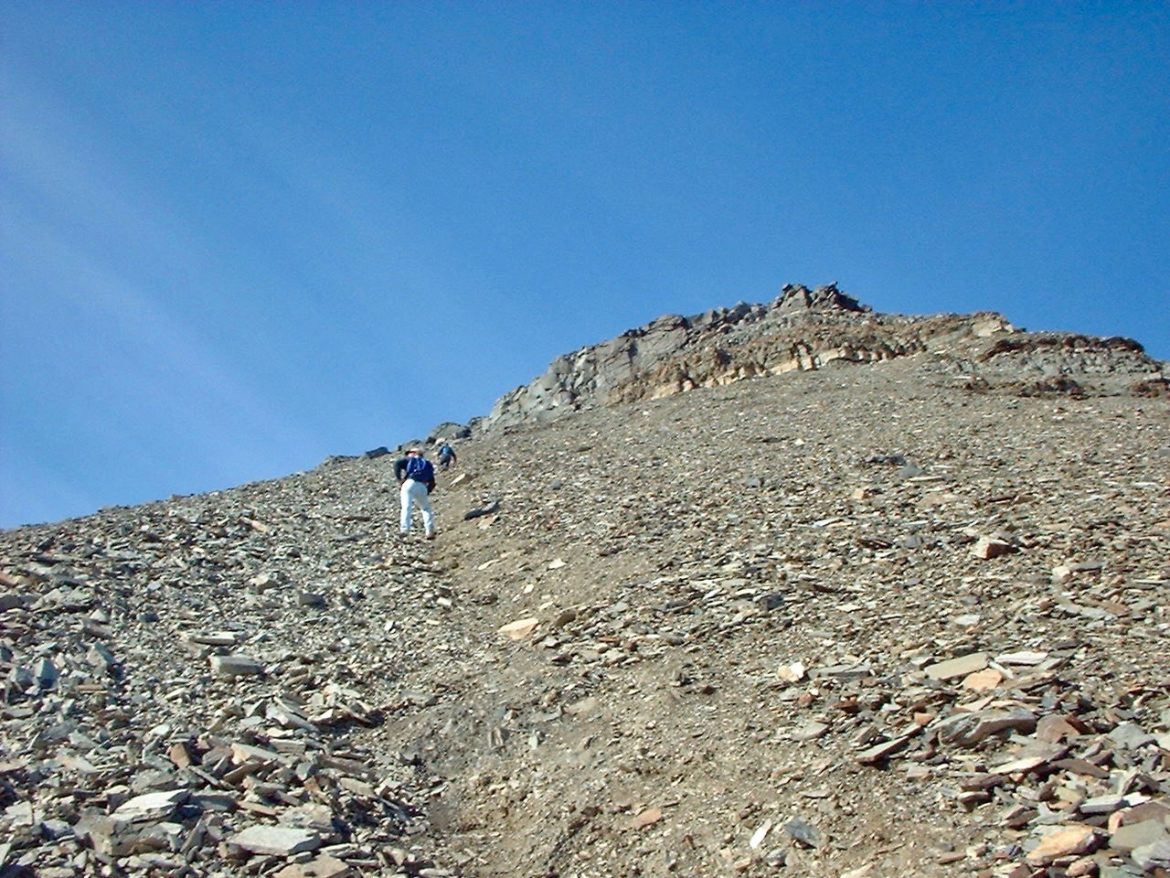 Your turn: We want to hear about your MTB adventures around the world! Hit us up in the comments and share information about your favorite trails using this form.

Videos
Bikepacking Across Norway in Search of Lost Captures [Video]
Trails
Why You Should Plan Your Next Mountain Bike Adventure in...
Gear
The Thule T2 Turns Pro - A Bike Rack Review
Culture
Over a Beer: Why I Travel With My Mountain Bike

Great story…it touches the heart of mountain biking. Before there was perfect singletrack, there was ‘exploring’ and a lot of us have forgotten that part of it. We all expect flowy lines with a perfect backdrop, which makes bikes complacent. Some of my favorite mtb adventures have been in Argentina, on a beater, exploring rolling foothills with my brothers. There was no ‘singletrack’, just social trails, and real earth.

Agreed 100%. As I have often said, most of my favorite trails were not designed with mountain bikes in mind. Sometimes it’s best to just get outside and ride–no expectations, just the journey.

Man, I always screw that up! Thanks for the correction. 🙂