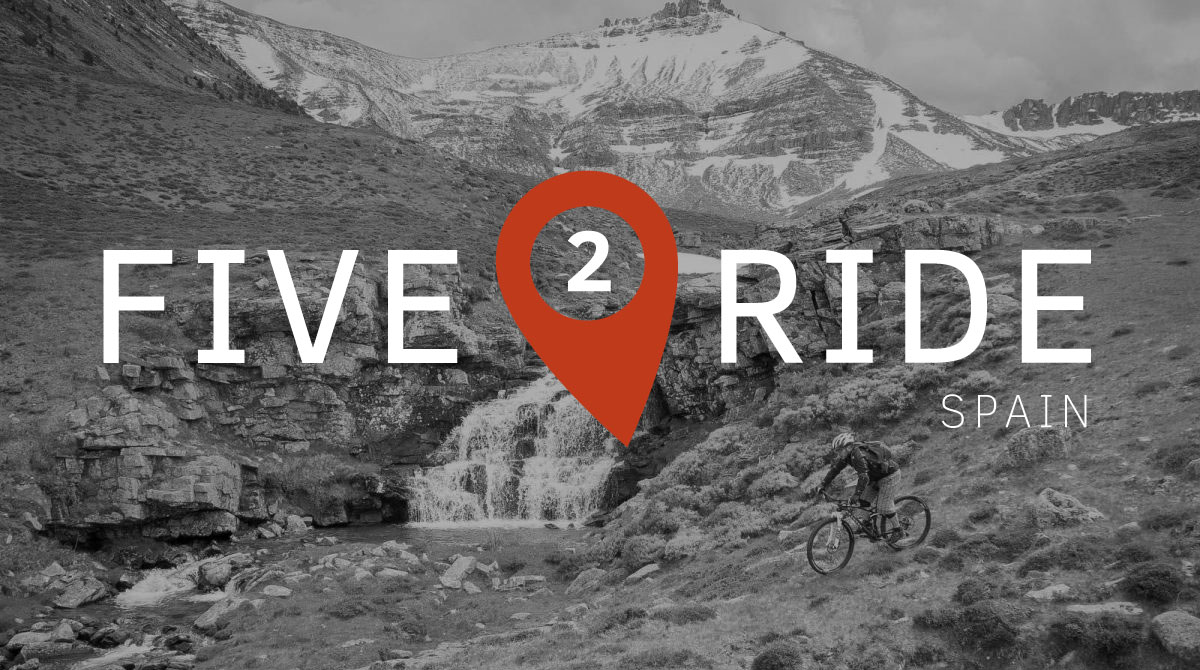 Spain is an incredibly mountainous country, with ranges such as the Pyrenees, the Cordillera Cantabrica, Sistema Iberico, Sistema Central, and others dominating the landscape. The highest point in mainland Spain–and also the entire Iberian Peninsula–is Mulhacen, with an elevation of 3,478m (11,410ft). (Source) These endless mountain ranges combined with trails built over the course of millennia have created a rugged mountain bike destination like none other. The riding in Spain is full of challenge, but the views, history, and the experience make riding here a worthy goal. Zahara de la Sierra

Zahara de la Sierra features two trails, each with a long climb that can be partially or fully shuttled. According to TrackMTB, these are technical and narrow singletrack trails with high ledges and tight switchbacks. If you’re looking for someone to guide you on this trail and many of the other backcountry trails on this list, TrackMTB seems to have the 411 on the riding in the area. Zona Zero, Ainsa Zona Zero is an intense trail center in northeastern Spain with 20 challenging, highly-technical routes. Once under the radar, this area has now been discovered thanks to coverage from Specialized and Red Bull, and an impending stop on the Enduro World Series this month. While ranked by some as a “bike park,” the trails here are definitely backcountry enduro-style, and many require GPS tracks in order to navigate them. Camino De Santiago

The Camino De Santiago is a historic pilgrimage route “to the shrine of the apostle St. James the Great in the Cathedral of Santiago de Compostela in Galicia in northwestern Spain.” (Source) While the pilgrimage route is still used as a spiritual retreat and an avenue for spiritual growth, it has also transformed into a popular backpacking, and now bikepacking, route. Measuring over 900km this is, without a doubt, a bucket list trip–despite the fact that most of the trail is doubletrack or gravel.

“What a great experience! I wanted to do it again as soon as I finished. I rode from Pamplona to Santiago in 9 days, totaling 728 km. Much of the trail is gravel, or double track. There are a few miles of single track, but it is more of a mountain bike tour than a technical challenge. You can get a bed every night for 10-15 dollars at the hostels. Food is cheap. There are plenty of places to stop and the countryside is beautiful. It’s hilly at the beginning and end, but flat through the center. With all of the amenities, I was able to carry only a 14 pound pack for the entire trip. Over 100,000 people walk this trail every year so in the summer it can get a little crowded and you may find yourself weaving between the human obstacles. I went in April, so it wasn’t that crowded.” -vbeckman74

This is an epic 42km ride that takes about 10 hours to do. With 1800 meters of climbing, you access a massive descent with “more than 40 switchbacks and a long flow singletrack,” according to TrackMTB.

One of four downhill bike parks in Spain, Fenasosa may boast one of the best trail selections. With 10 downhill trails totalling more than 16 miles, with a variety of difficulties as well as 20 miles of cross country riding, Fenasosa is one of the best spots in Spain to progress your DH skills from one level to the next. In addition, you’ll find a four cross track, two different difficulties of wood parks, a dirt jump area with varying difficulties, a foam pit, and a beginners track. Your Turn: Have you mountain biked in Spain? Be sure to add reviews of the trails that you rode!

Trails
East Bluff Bike Park in Copper Harbor Plans to Offer...
Progression
How to Go from Clipless to Flat Pedals for Mountain...
Community
Mountain Bike Trends: Past, Present, and Future?
Gear
7 Mountain Bike Tools That Pay for Themselves in the...
Subscribe
Login
Please login to comment
1 Comment
Most Voted
Newest Oldest
Inline Feedbacks
View all comments

Hi Greg, great article. We are dedicated to organize organized bicycle tours in the area of ??Girona – Barcelona (Costa Brava), has some spectacular spots. If you want to take a look at our website https://www.saiklin.com/en/costa-brava-bike-routes/, we offer all kinds of customized plans.