Click here to read Part 1: The Journey to Colorado

Once I got to Colorado after my drive west, my first stop was Boulder, where I stayed with my friend John (thanks for the couch, hospitality, and great ride!).

I spent much of my full day in Boulder riding around town. I found that the city is incredibly bike-friendly, and many places are accessible via bike paths that are totally separate from the street. After grabbing coffee and breakfast and running some errands, I headed to Valmont Bike Park.

Valmont is a 42-acre, free bike park that caters to just about every style and ability of rider. I wasn’t sure what to expect when I got there–whether it would be dominated by huge jumps and features that were beyond my ability, or if the people would be friendly and tolerant of those of us who aren’t comfortable with riding the bigger obstacles.

I found that Valmont is indeed a friendly place, with something for everyone. There are quite a few beginner and intermediate trails with optional features. There is a dedicated skills course for practicing log rides, rock gardens, and small berms. Valmont also offers fun drop-offs, bridges, rollers, and skinnies on the intermediate trails, as well as plenty of fast and flowy sections.

Then there were the bigger features of the terrain park and dirt jump area, and dual slalom course. Each of the lines on the terrain park are labeled by difficulty and size of features, ranging from XS to XL. I tried some of the smaller stuff but shied away from the big jumps, as I know that’s out of my ability at the moment. 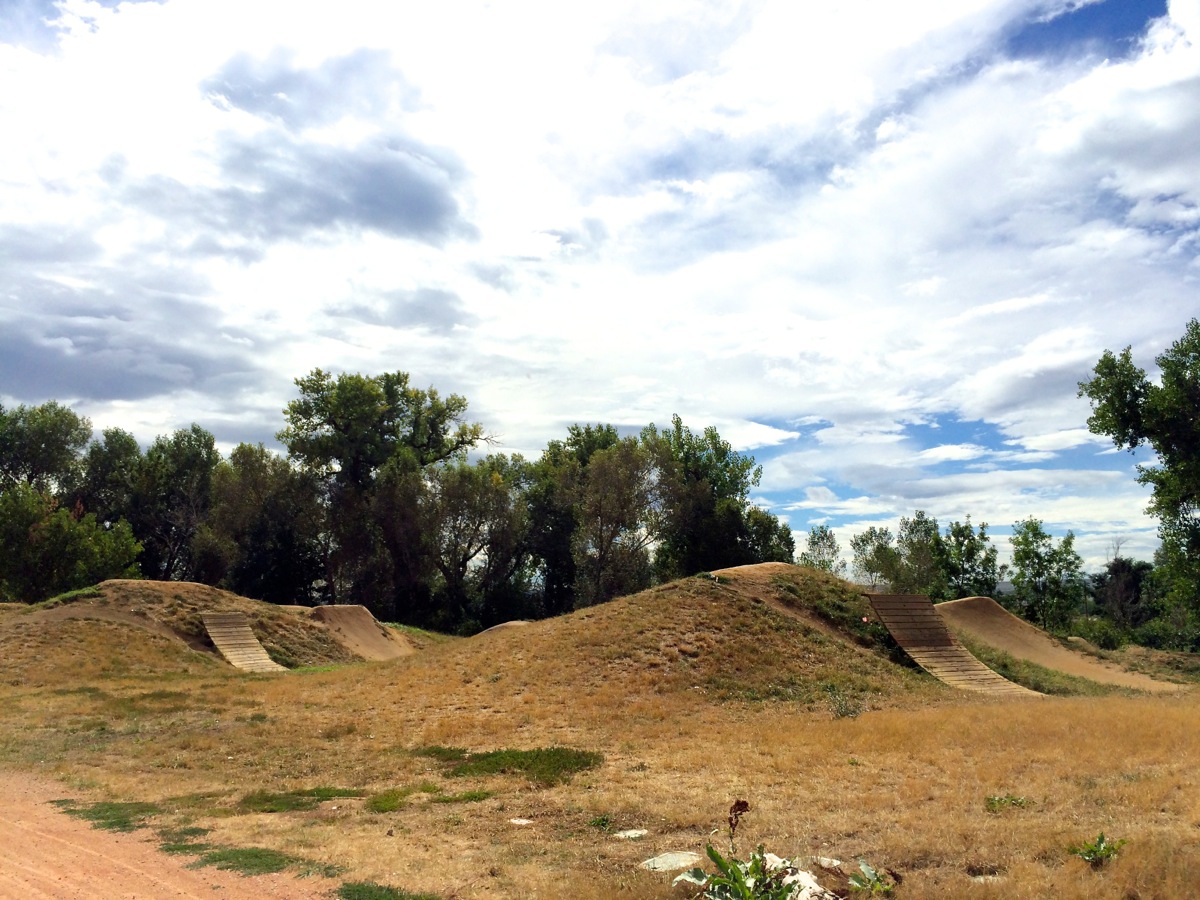 I spent a couple hours playing around, and could have stayed longer, but I needed to get back and meet John for an evening mountain bike ride that he was planning at Heil Valley Ranch.

Heil Valley Ranch offers about 14 miles of trail with great views of the Front Range. There are two different access points: from the north and south. We started at the south end, on Wapiti Trail, a 2.5-mile climb to the top of the mountain, and then did the longer loop up on top (Wild Turkey Trail to Ponderosa Loop). The access from the north end is via the 5.5-mile Picture Rocks Trail, which is an out-and-back that offers plenty of climbing. We planned on hitting up the Oscar Blues Brewery in Lyons after our ride, so we talked briefly about riding there via this trail and then riding back in the dark–but neither of us brought lights, so we bagged that idea. It’s something to consider for another time, though! 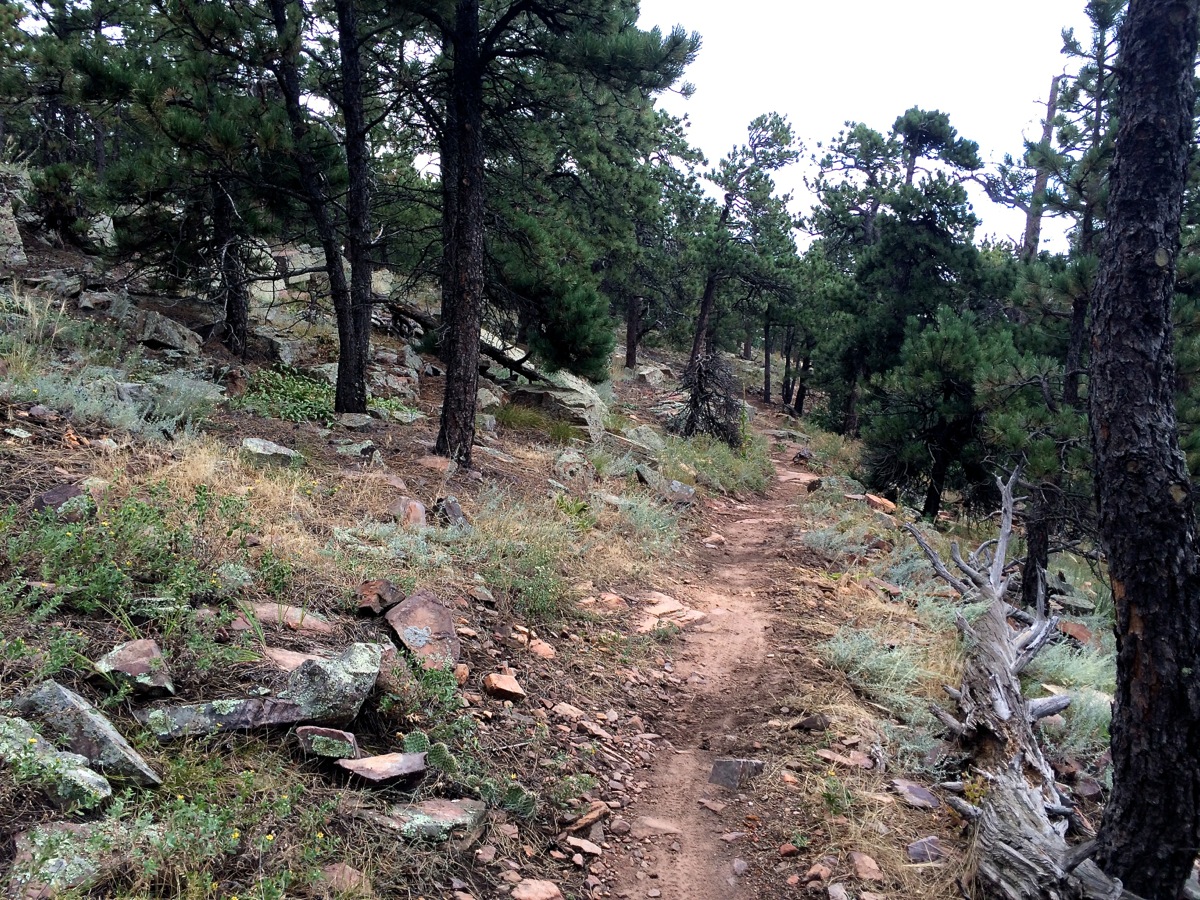 The trails were pretty chunky and rocky, but relatively easy to pedal through. The toughest part was the climb at the beginning, especially for my east coast lungs. Though we weren’t even that high above Boulder, I could tell my breathing was a little more strained than usual towards the end of the climb. It was all worth it, though, as the top of the mountain offered fun, rolling, moderately-rocky trail with beautiful views. We stopped at a vista for a minute and took in the surroundings before heading back down Wapiti Trail. Since this trail is two-way, it was important to pay attention and maintain a controlled speed, despite the instinct to just bomb down the hill, especially in the many flowy sections. We did encounter quite a few people coming uphill as we were headed down, so we had to stop often. It was still a blast, though! 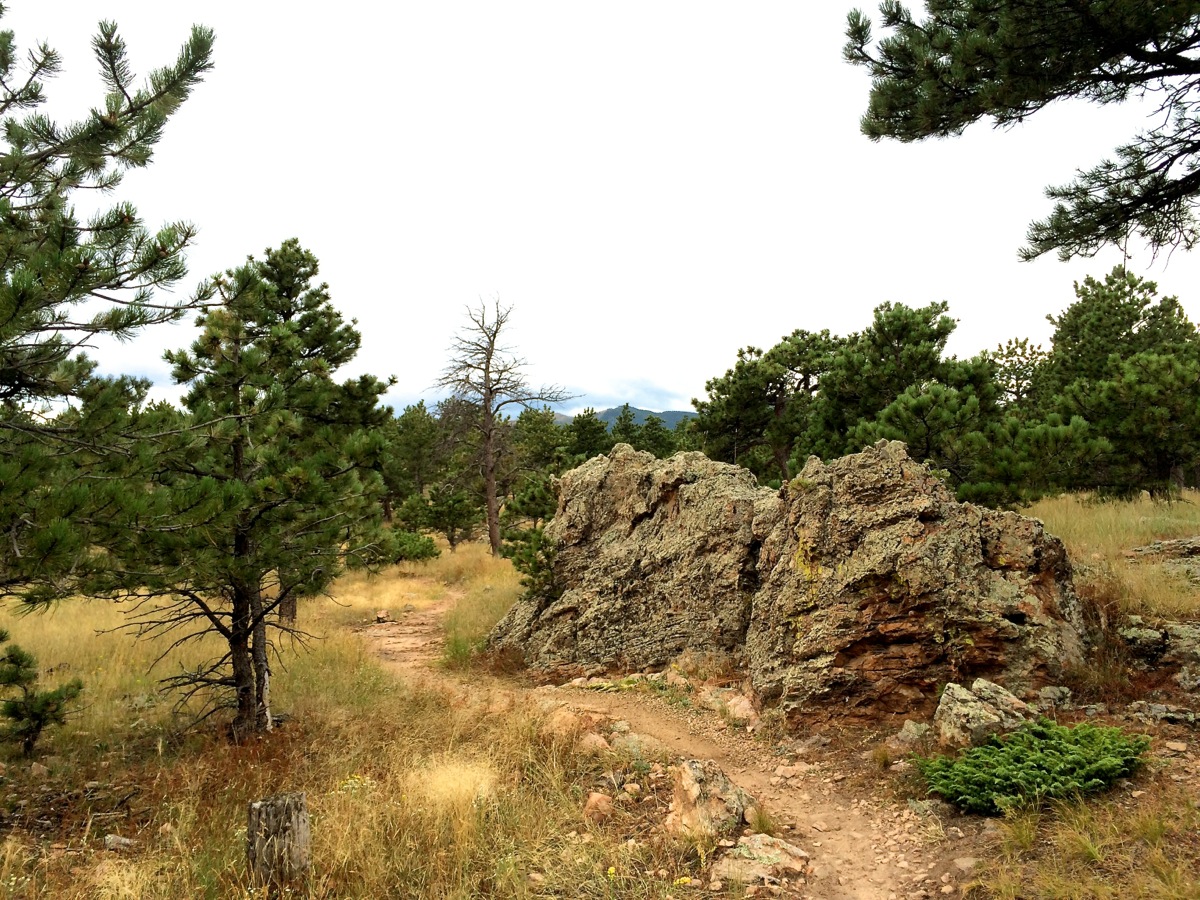 Heil Ranch was definitely a good introduction to Colorado riding before I headed to down to Salida for a weekend of longer, high-elevation rides.

Click here for the final installment in this saga: The Salida Singletracks Meetup!