I am new to the area, and therefore might not be quite as familiar with local vernacular as some, but I was compelled to write to you to point out some inaccuracies in your review of  the Henry Coe (Middle Ridge Loop) mountain bike trail in the South Bay area of San Francisco.

While I consider myself a fairly intermediate rider (I don’t like big drop offs but I can navigate a rock garden), I considered this trail option as a “good fit” based on your rating of 6/10 for aerobic difficulty and 7/10 for technical difficulty. You also rated it a 7 on the “fun” scale, but with a “5” on the scenic views. I wasn’t expecting much beyond a good afternoon bumping around a mountain and getting my heart rate into the aerobic zone.

Where do I start?

I’m not sure what you consider a “most merciful climb,” but based on my experience on this route, I assume you ride the Tour De France every July and spend the off-season in Nepal. With inclines that quite literally threw me backwards off my bike (despite crouching as far forward and down as possible without conducting a self-hysterectomy), I can only assume that perhaps Californians consider anything less than 20% a mere “slope.” 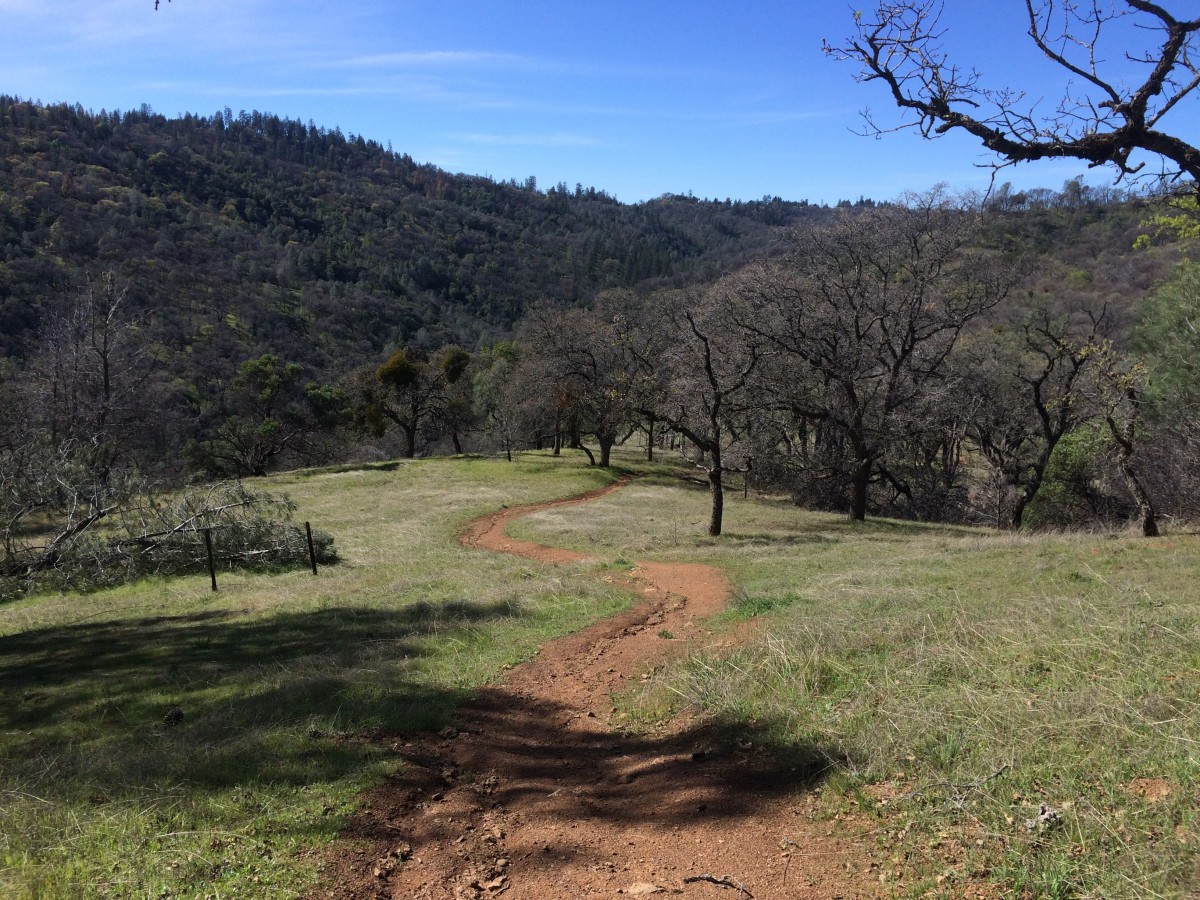 Now I did notice that you mentioned “extra steep dips and climbs” but I assumed, like any humanoid who’s ridden a bike, that these wouldn’t include 90-degree vertical descents or ascents which required me to lift my bike over my head and use my hands to pull myself up. This, sir, is called mountain climbing. Not mountain biking. Maybe its the 29 inch tires that I was riding that limited my ability to remain attached to my bike when cresting the 60% descent… I can but assume that the only way to safely descend some of your “extra steep dips” would be to slide down them on my back. Which I did… attached to my bike. Next time I shall wear my motorcycle leathers, not lycra. That, you did not mention in your write up of this trail.

Next up, lets refer to your mention of “narrow singletrack.” Caution indeed, sir. At several points, my tire was wider than the trail, and with a vertical drop off to my left, I would consider this less “singletrack” and more “half-track.” Those not accustomed to vertigo should be warned. Yes, the scenery was a nice distraction (a perfect 10 in certain places), but surely one should not be distracted at such a time. A recommendation for blinders and skinny tires would have been more welcome.

Your summary of Creekside Trail was laughable, though you did mention potential for “wet shoes,” and “tricky navigation.” With water running up to my crotch, navigating the “trail” did at least erase most of the blood from my knees and thighs, though how much I rode my bike does bring into question the notion of it being a “trail”–I’d say more of a “bike portage,” or better yet, “advanced wading.” Still, my back and upper arms did get a nice workout when I had to cling to a rock to avoid being pulled downstream along with my bike. A new technical skill, perhaps?

And finally, sir, I cannot rest without questioning your use of “‘least a couple of short but steep stretches” on the return. My understanding of the term “couple” would indicate 2, maybe 3 stretches during which I might have to stand in granny gear and sweat it out. In reality, this “short stretch” was 3.1 miles long and had nothing less than a 10% incline at any point in time. You did mention that my”‘pedals won’t stop turning,” but in fact, sir, they did. Totally. I was forced to walk my bike the entire distance as hikers were passing me. Even they were pausing every few steps for a breather. One guy had to lie down.

So while I may not be California-bike-ready, or quite as good at interpreting a ride review as I thought, I do point a finger at you, sir, for your understated interpretation of what constitutes steep, crossable, or ridable. I would also revisit your “fun” scale based on what normal humans constitute “a good time.” Fearing death for 3 hours did not rank as fun at any point, though I did laugh slightly when I endoed for the second time. I put that down to hysteria rather than fun.

The bill for my stitches, torn clothing, and brake repair is in the mail.

Rachael Thomas is a Brit that’s currently based in Los Gatos, California. While she’s an adventurous rider, she doesn’t mind knowing what she’s getting into. For more from Rachael, be sure to check out her blog, crazysmartclueless.com.

Gear
Never Underestimate the Power of a Good Zip-tie
Gear
These MTB Deals are Fire, including 40% off Patagonia Dirt...
Gear
The Maxxis Minion DHF Tire is Still the One to...
Gear
Mountain Bike Tire Repair Tips: From Emergency to Semi-Permanent
Subscribe
Login
Please login to comment
4 Comments
Most Voted
Newest Oldest
Inline Feedbacks
View all comments

Well then, all does seem to be In order within reason 😉 I myself(if I may paraphrase liberally) would find a few kind words to say of a dirt trail, if it were cut by the devil himself.

Trail difficulty is subjective. I like it when the author discloses his/her (self-evaluated) skill and fitness level to give the reader a point of reference. Ultimately, the accumulated comments to the review often give a better idea of what to expect. I also like it when the author or commentators compare it to other trails in the area – helps the locals, anyway. Less useful is the trail-rating system, i.e. 1-5 scale. The gnar that makes a trail worth a 5 to an advanced rider makes it un-ridable to a novice or even intermediate rider, rating it a 1. Separate scales for degree of difficulty related to hills and technical features might make more sense. Then the existing trail rating could be a purely subjective “fun index”.

With the availability of Garmin and other devices, no one should use terms such as “steep” or moderate climb without giving the numerical grade so everyone has the same reference point. I have submitted trail reviews and always include this info as well as an approximate width of the trail. It helps to be quantitative

In my experience, just about every trail, or part of the trail, out there has had someone ride it with a GoPro camera strapped to various parts of their body or bike. Then, of course, they have to post it on Youtube so the whole world can view their greatness. That works out for the rest of us, because we get to see the trail from a rider’s perspective. From my experience, the real trail is steeper than it looks on video, but you can get a good idea of what to expect.