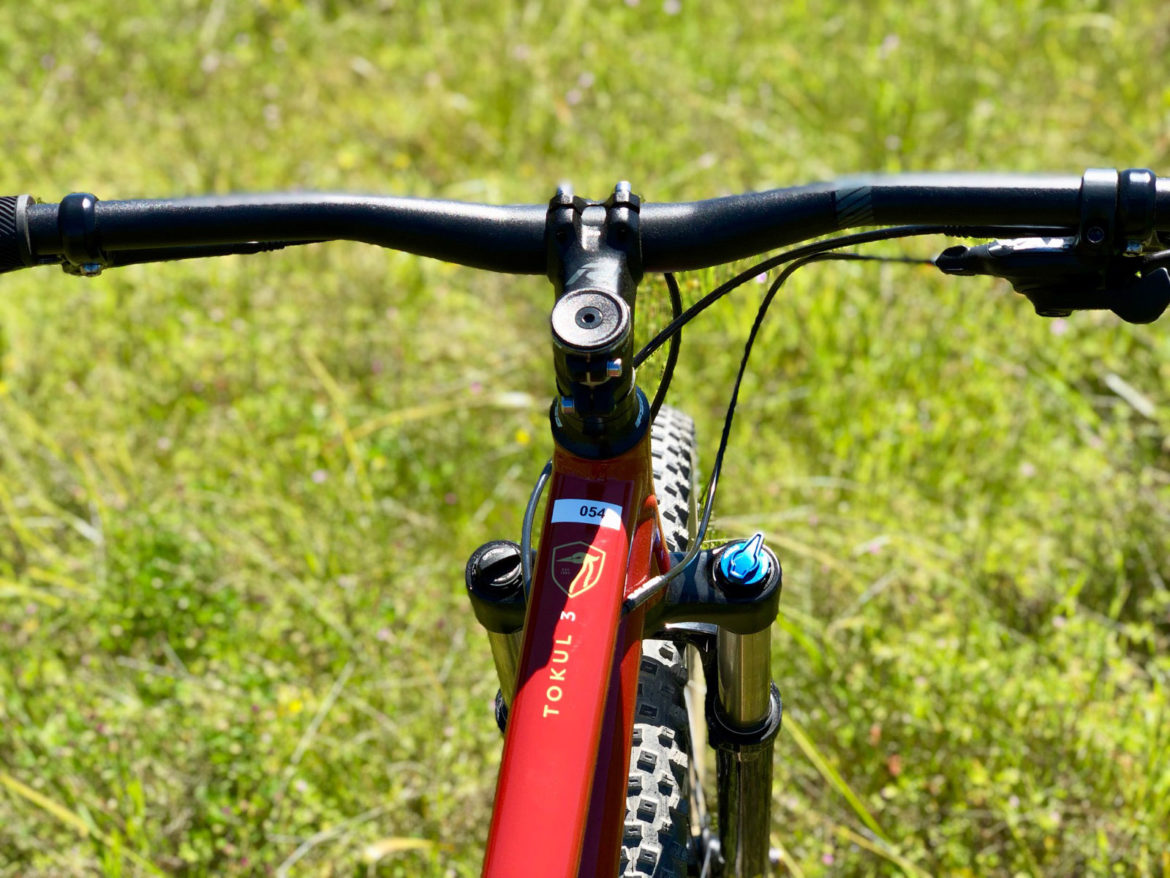 Like many of our readers, I’m always on the lookout for affordable mountain bikes and mountain bike products. While we get to test a number of bikes each year, most feature mid- to high-level builds and rarely retail for less than $2,000. One recent exception was the Marin San Quentin 2, which I reviewed in November. 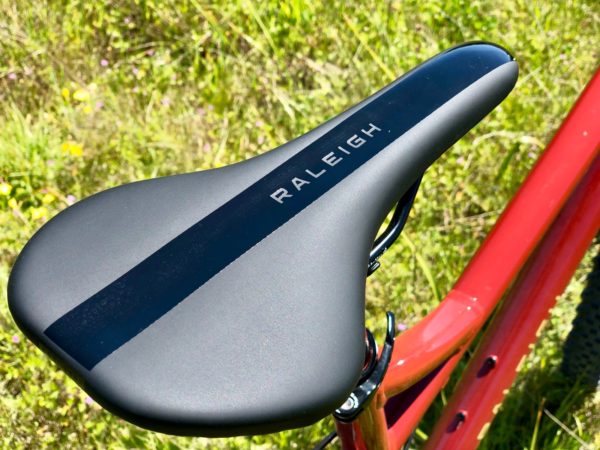 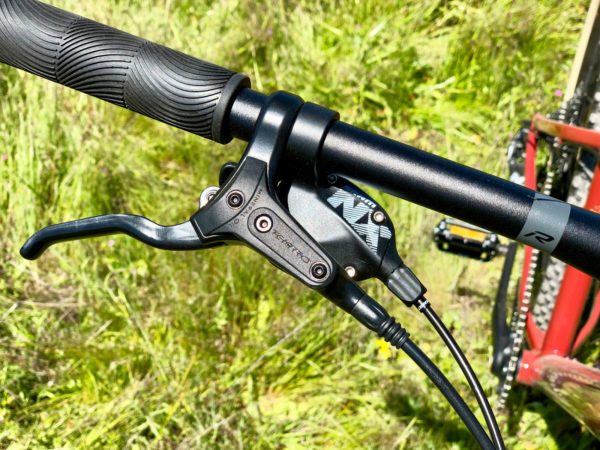 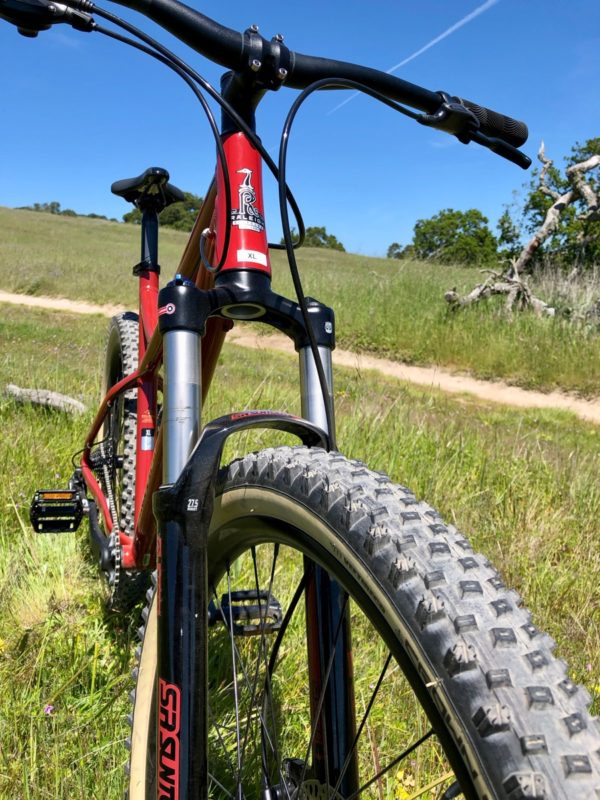 For that reason, I jumped at the chance to check out the Raleigh Tokul 3 hardtail mountain bike at Sea Otter last week. On paper, this aluminum bike sounds great and seems to tick all the right boxes: an 11-speed drivetrain, wide tires on 50mm-wide rims, Boost spacing, and a 120mm fork. Not only that, the tanwall Vee Crown Gem tires look great matched to the decals and earth-tone color scheme. 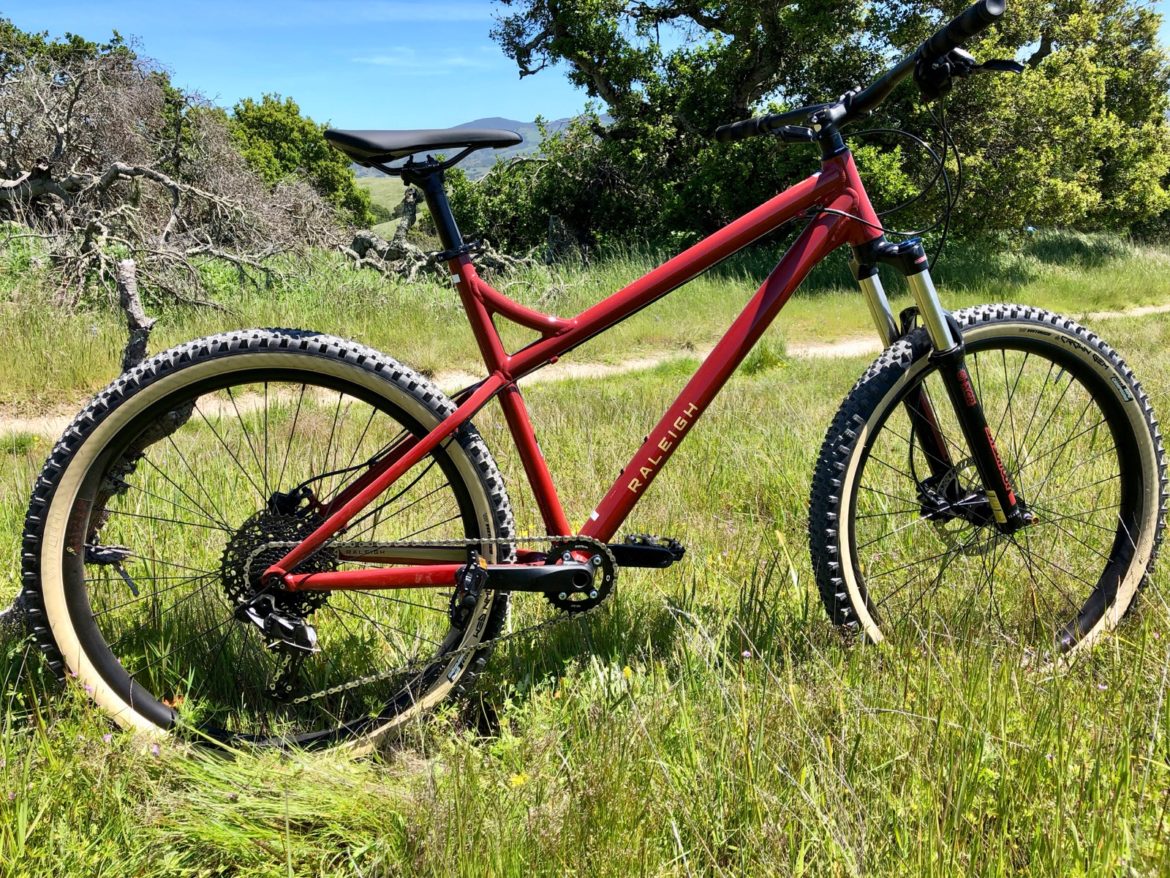 All of this is priced at just $999. Singletracks contributor John Fisch reviewed another version of the Tokul — the Chromoly steel 4130 — a couple of years ago, but that bike was priced significantly higher at $1,799. The Tokul 3 is currently the top-of-the-line, non-electric Tokul build offered by Raleigh in the US. 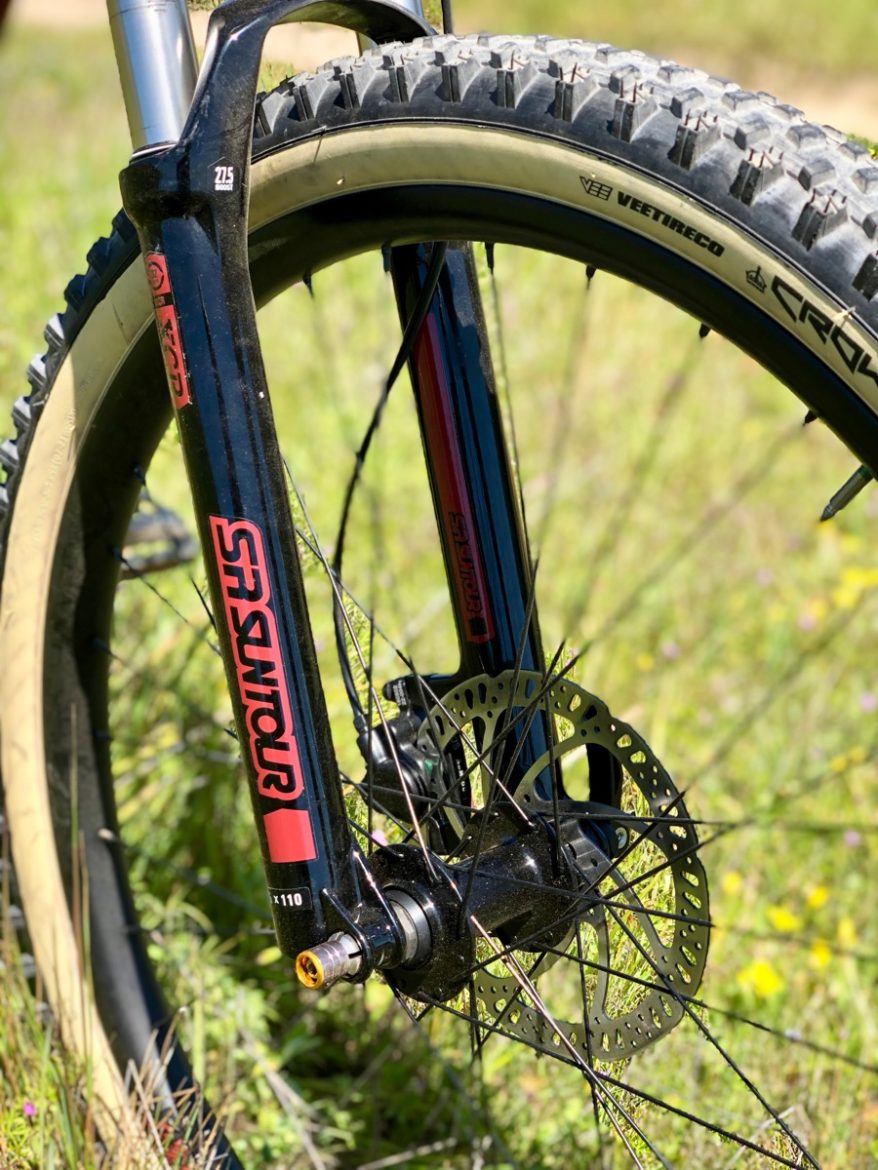 I was the first to ride this particular Tokul 3, and my test ride was too short to draw any definitive conclusions about the performance of this bike. However, I did learn some things about the Tokul 3 that might be helpful for those on a tight budget who are considering this bike.

Bring your own dropper

The Tokul 3 doesn’t come with a dropper post, which isn’t surprising given its price point. Additionally, there’s no internal routing available on the bike, so if you’re planning to buy one separately, be sure to get an externally-routed post. PNW offers several good options for around $200.

The geometry is good, but riders may want to make small changes 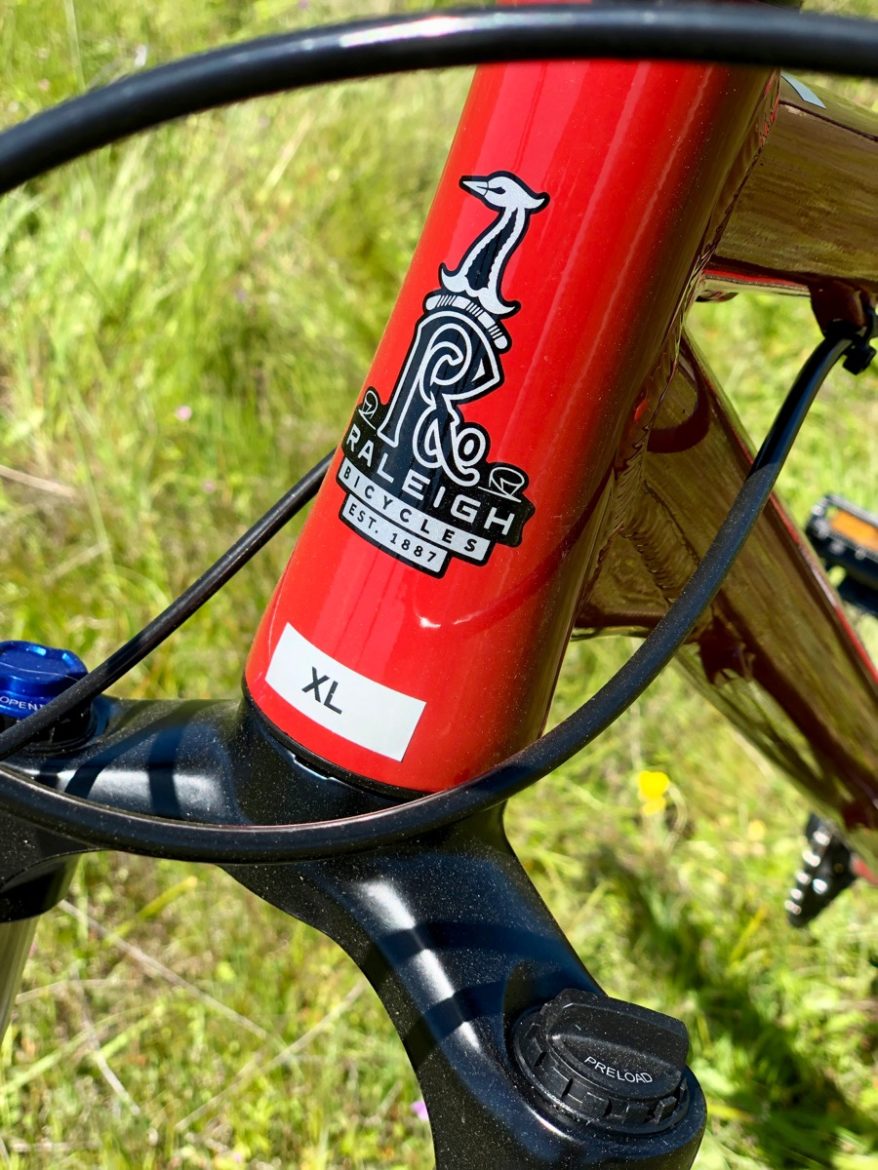 Raleigh says the head tube angle is a relaxed 67.5° and the reach is long-ish for a bike in this category. The chainstays are on the short end which is nice for handling.

Still, the bike comes with a 740mm-wide handlebar (at most), which is on the narrow end these days. For that reason, riders may be more comfortable swapping it out for something wider. Obviously, changing parts adds to the cost, though a new handlebar shouldn’t be too expensive, and it’s an easy update that can be made down the road.

It’s heavy, even for an aluminum hardtail

Buyers typically get more bang for their buck — and lighter weights — with a hardtail mountain bike vs. a full suspension model. The component spec on the Tokul 3 is pretty decent but it’s still a heavy bike, officially weighing almost 32lbs. 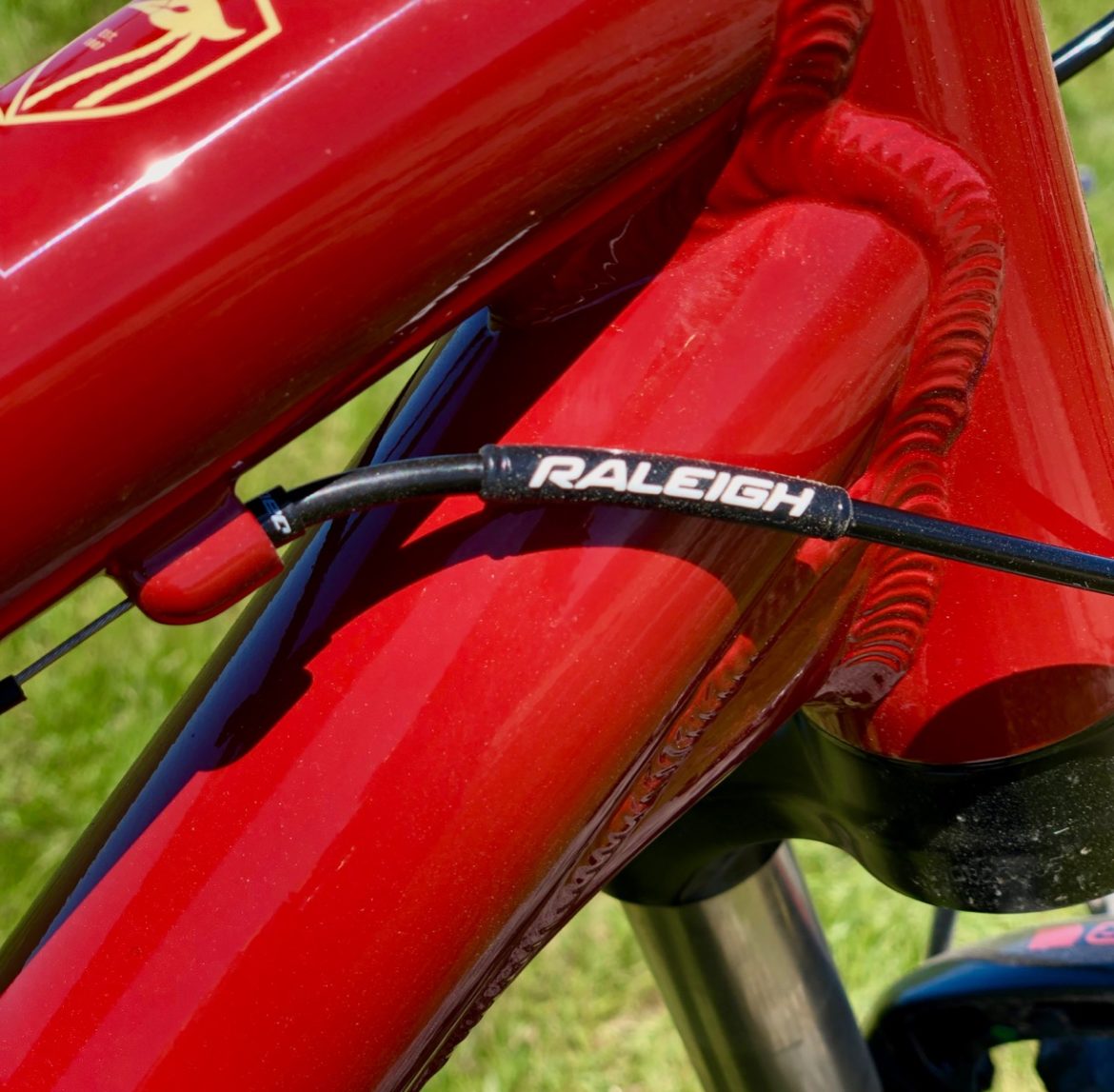 Raleigh clearly paid attention to the details on the Tokul 3, adding cable-rub protectors for durability and color-matched decals on the fork. This looks like a more expensive bike than it is. 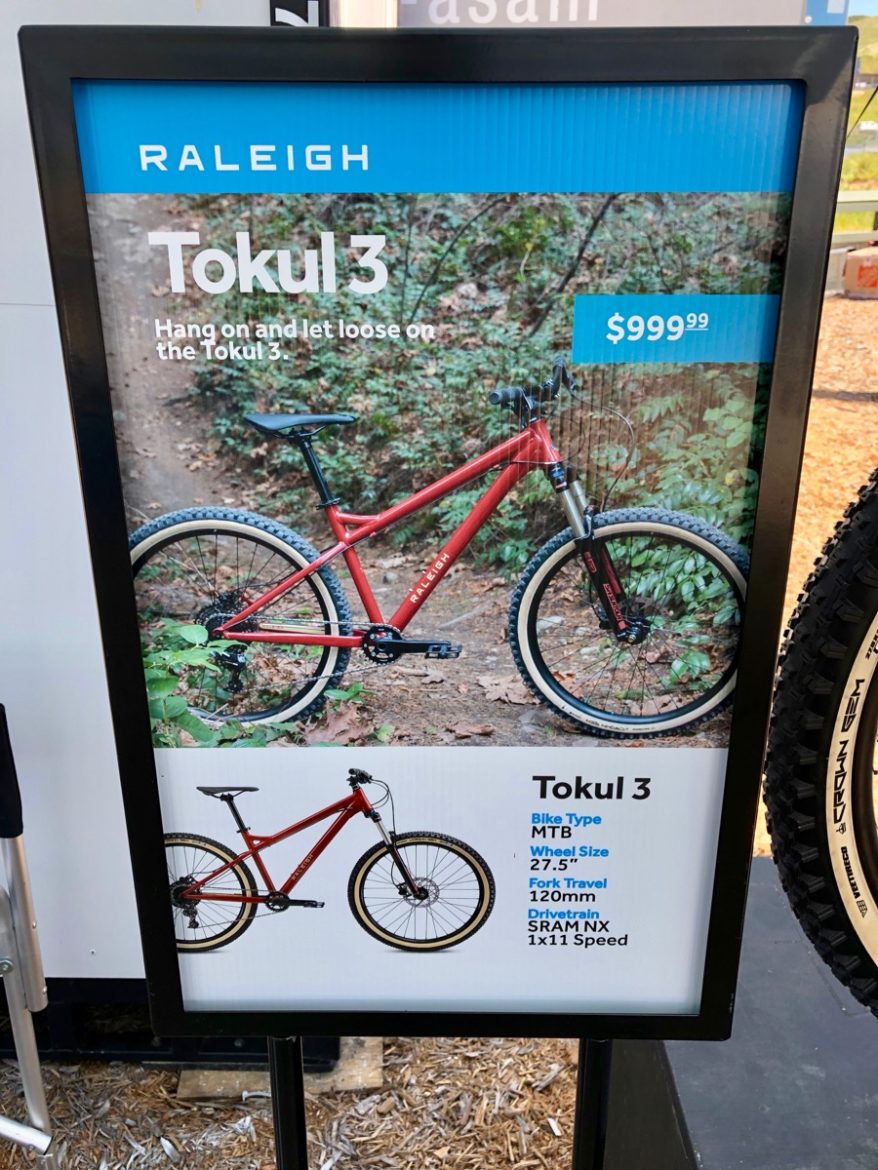 These days, many mountain bikers are looking for a bike that offers more value than the sticker price, especially from direct-to-consumer brands. Based on what I’ve seen from the Tokul 3, I would say consumers are roughly getting what they pay for. That is, a sub-$1000 hardtail mountain bike that isn’t perfect, but that can be upgraded a bit before moving onto a higher-end bike.

Is this a bike that someone could ride forever? I don’t think so. The Tokul 3 is more like a gateway drug to mountain biking. Once you try it, you’ll get hooked but will eventually crave something stronger and more exciting.

The Raleigh Tokul 3 can be purchased online directly from Raleigh.