That’s not a word you see in a lot of bike reviews these days. And it’s certainly not a word that’s often applied to 35-pound+ bikes. And yet, while testing the Jamis Portal A2 at Paris Mountain, and then on my home trails, it’s a word that came to mind often. 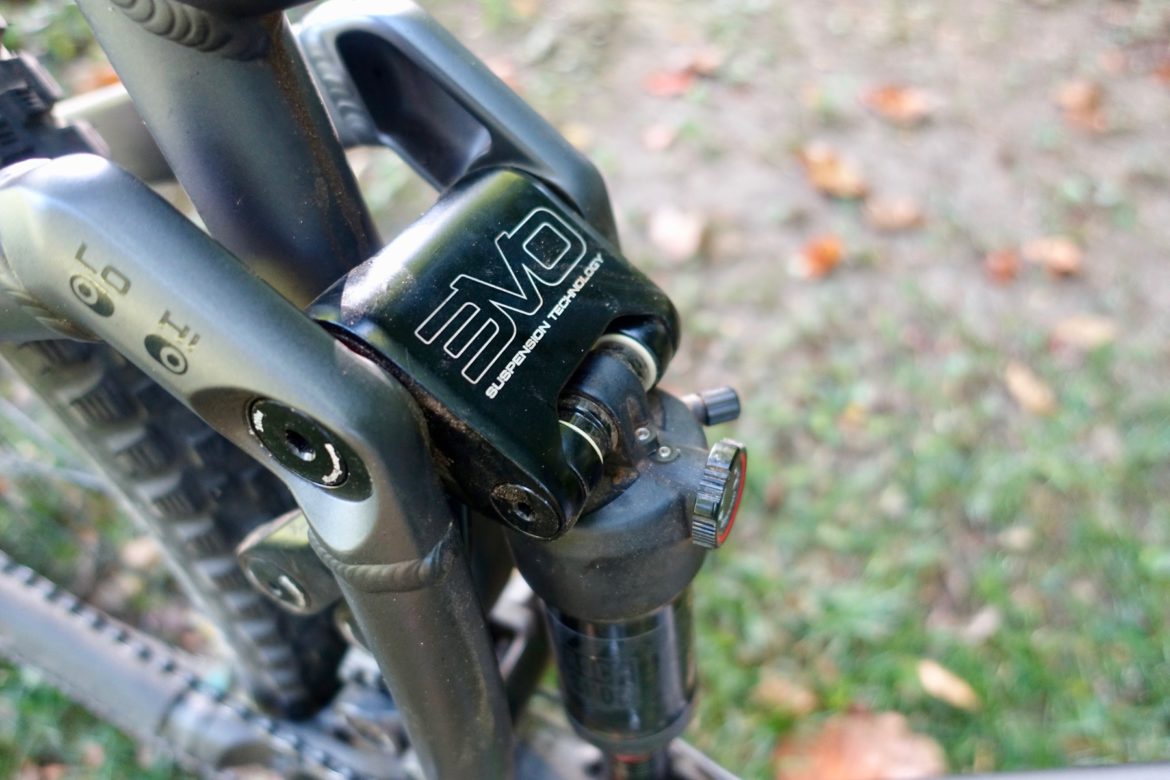 The Portal is built around a unique suspension configuration from Speedgoat Design’s Chris Currie called 3VO (three variable optimized). Chris first designed the system in 2007, and was granted a patent in 2010. Back then, most mountain bikes were still running double chainrings, and the unusual linkage made fitting a front derailleur a challenge. Fast forward to 2018, and Jamis licensed the tech for their Portal trail bike and Hardline enduro. 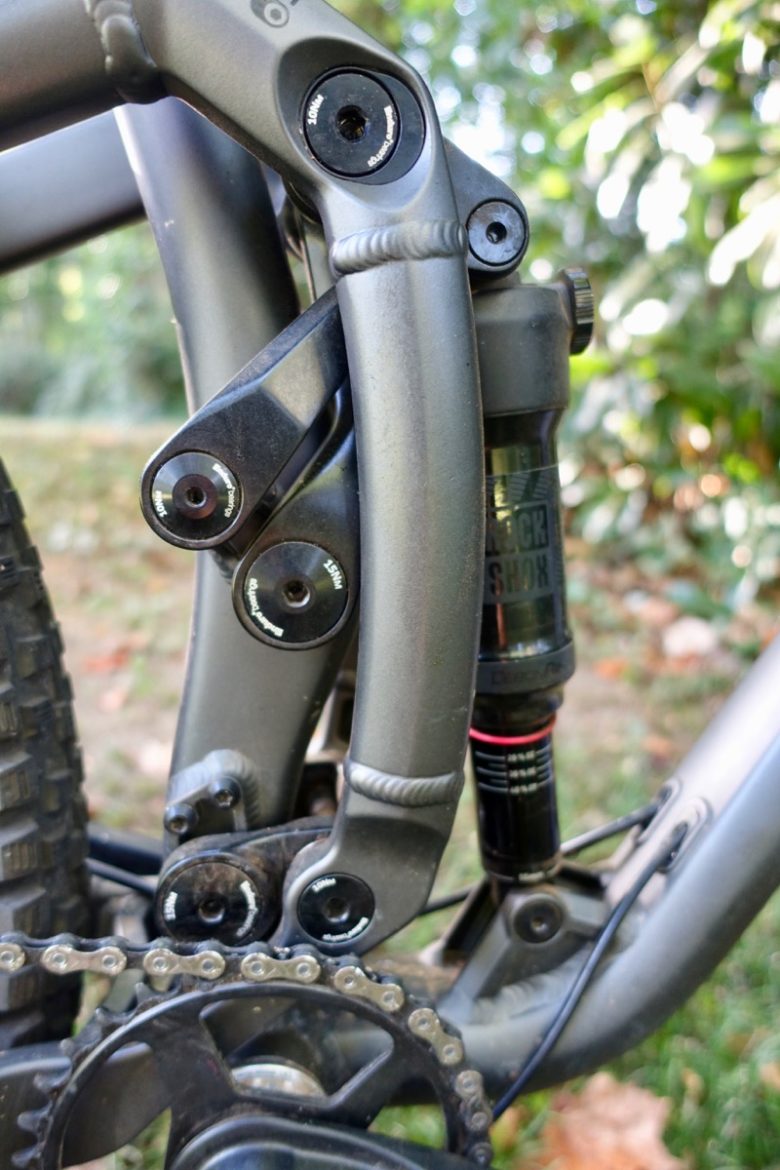 The Jamis website does a pretty good job explaining how 3VO is supposed to work and does a convincing job laying out its advantages. The tldr; version is this: most suspension designs create an instant center that’s located in front of the bottom bracket, while in a 3VO, the instant center moves from the bottom bracket rearward and along the chainline through the travel. The upshot is the suspension remains active under both braking and acceleration, and suspension tune and sag isn’t as important as it is under other designs.

Another unique characteristic of 3VO suspension is the axle path moves rearward through the first part of its travel, then forward. This is said to provide excellent small bump sensitivity and minimal chain growth, which when not properly managed, can cause pedal kickback. 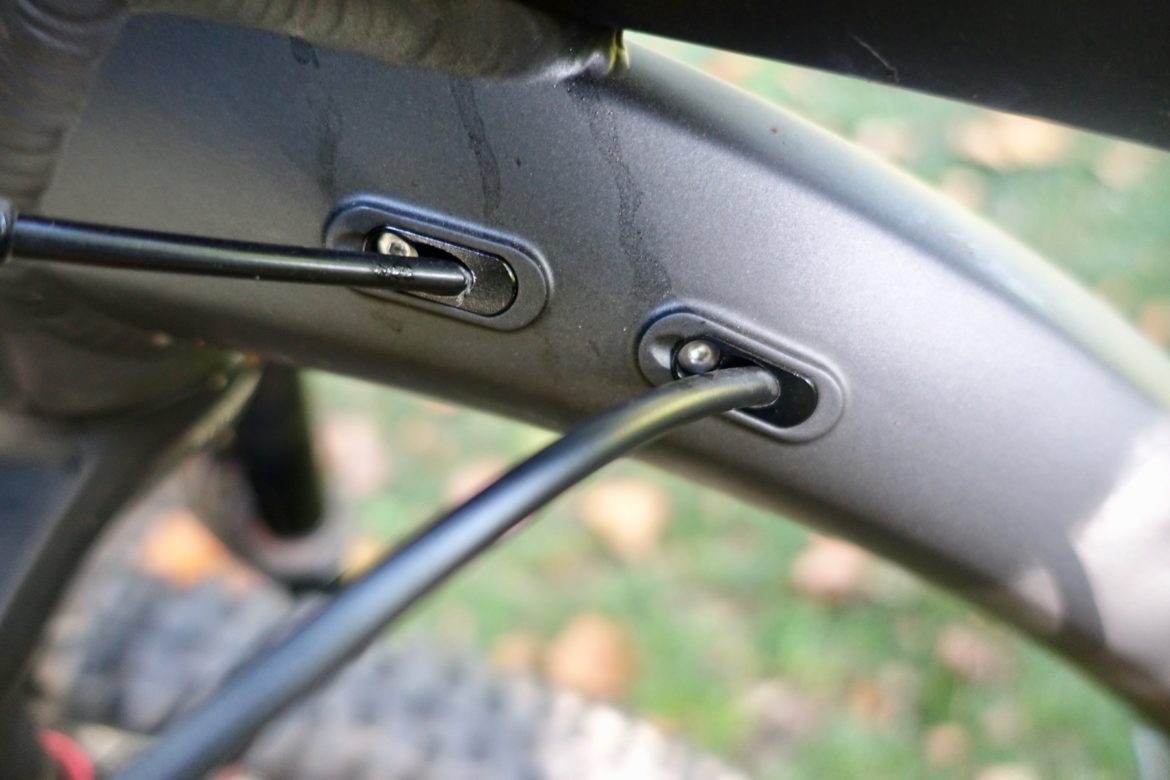 The aluminum Portal frame is designed with a flip chip to lower the bottom bracket, allowing riders to run either 27.5+ or 29er wheels and tires. Jamis designed the frame around 130mm of rear suspension paired with a 130mm-travel fork up front. Internal routing gives the bike sleek lines while the matte finish is anything but flashy.

For a trail bike, the Portal geometry isn’t pushing any boundaries. Rather, Jamis seems to have taken a look around at what works for other bikes, and then specced similar angles. For example, the 461mm reach on the size large (482mm on the XL I tested) is within a millimeter of the average for 2019 model year trail bikes. The 437mm chainstays are within 4mm of average, and the seat tube angle (74.5° in low mode, 75° in high) is spot on.

Perhaps the only outlier when it comes to the geometry is the 68° head tube angle (67.5° in low mode). But as Matt noted in his quick test of the Portal last year, the bike feels more slack than the numbers would indicate. 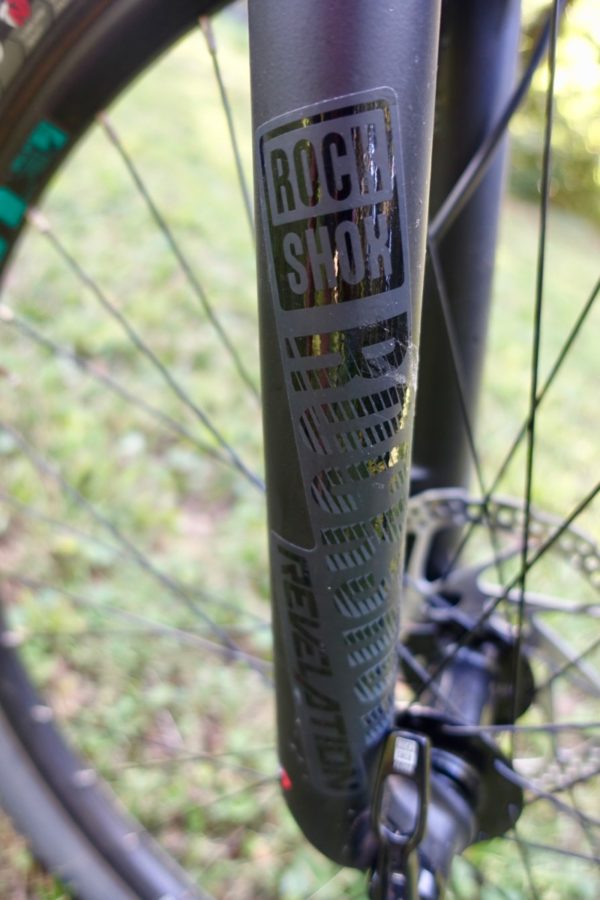 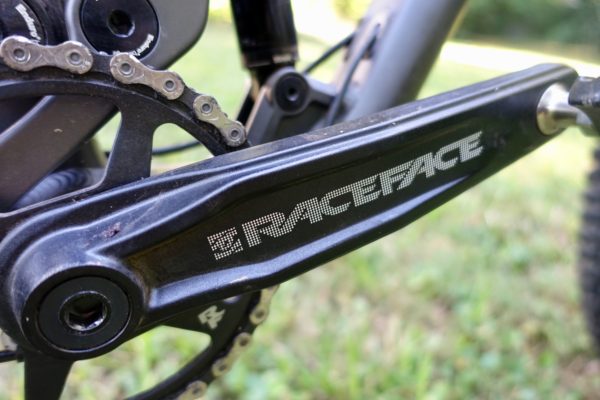 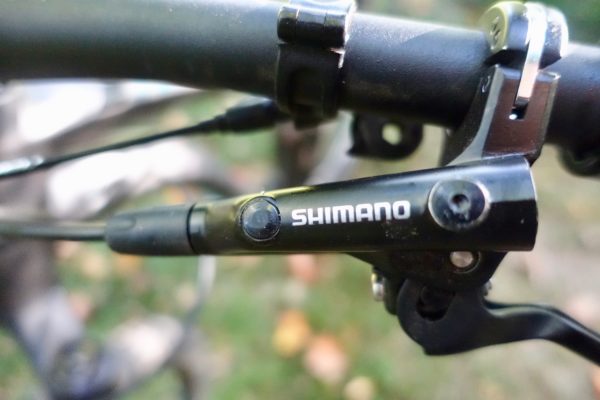 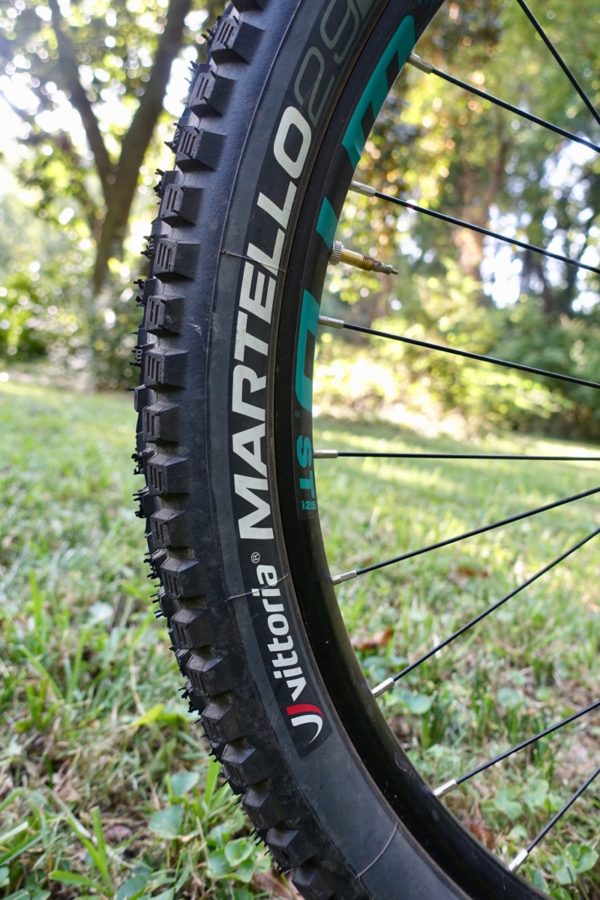 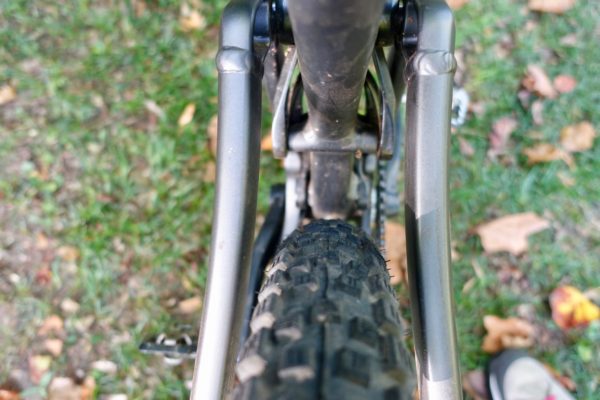 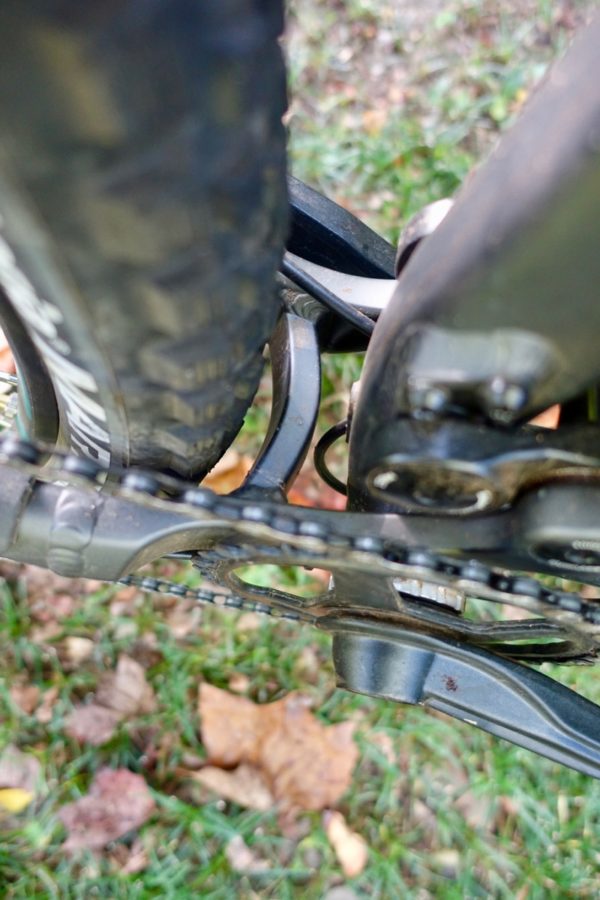 At this price point, we’re clearly not talking high-end components, but the choices are solid. Up front, Jamis specs a 130mm RockShox Revelation RC fork, which isn’t a cheap fork by any means. The mostly Shimano SLX, 11-speed drivetrain may offer one less gear than the latest systems, but paired with the 32-tooth Race Face Ride crankset, it’s a good choice for most trails. The two-piston Shimano MT500 brakes aren’t the most powerful, but they’re generally very consistent and reliable. 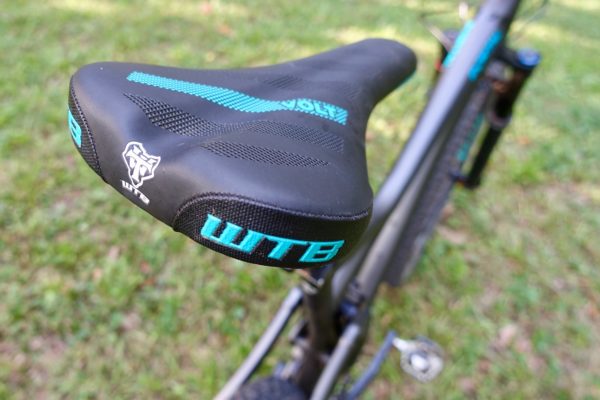 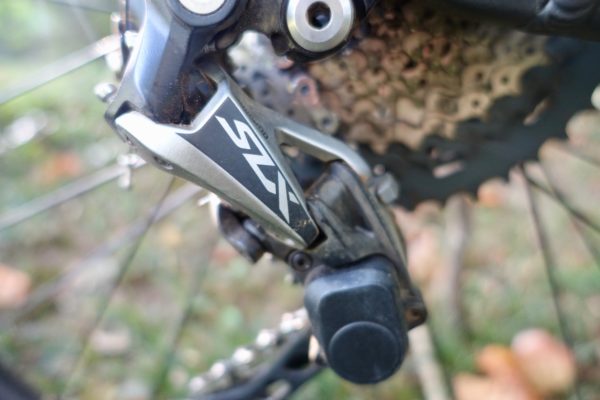 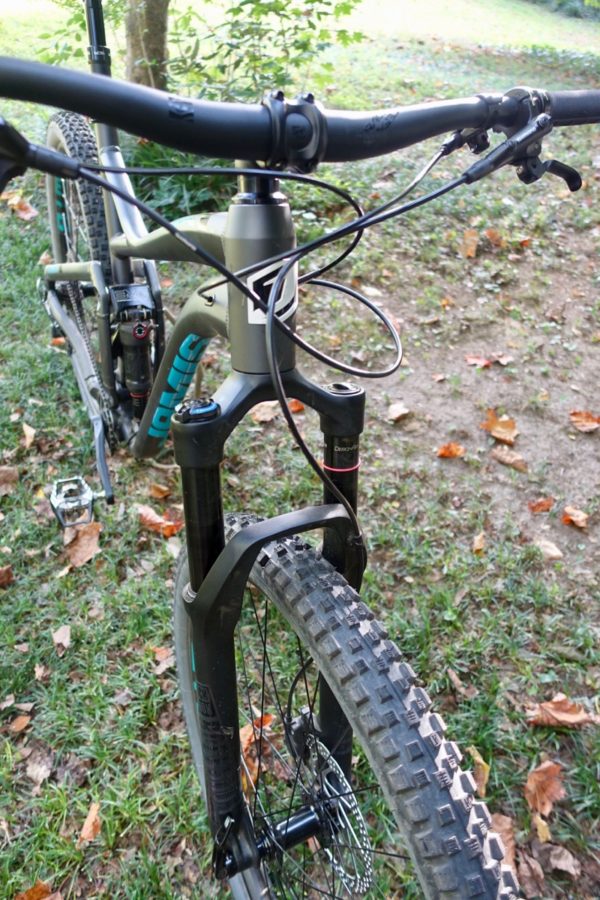 The KS E10i dropper post is about as entry-level as they come, though the 1X lever is a nice touch and makes it easy to activate. Jamis specs the 125mm-travel version on frame sizes medium through XL which doesn’t feel like enough, especially for tall riders like myself. However, based on the maximum insertion length spec provided by Jamis, it’s possible to fit longer-travel posts on the large and XL frames. (For example, a 170mm PNW Rainier should fit.)

All told, my build (with an XL frame and XTR pedals) weighs a stout 35.5lbs. While hefting the bike in the parking lot ahead of my first ride, I wasn’t too stoked to start the long climb. 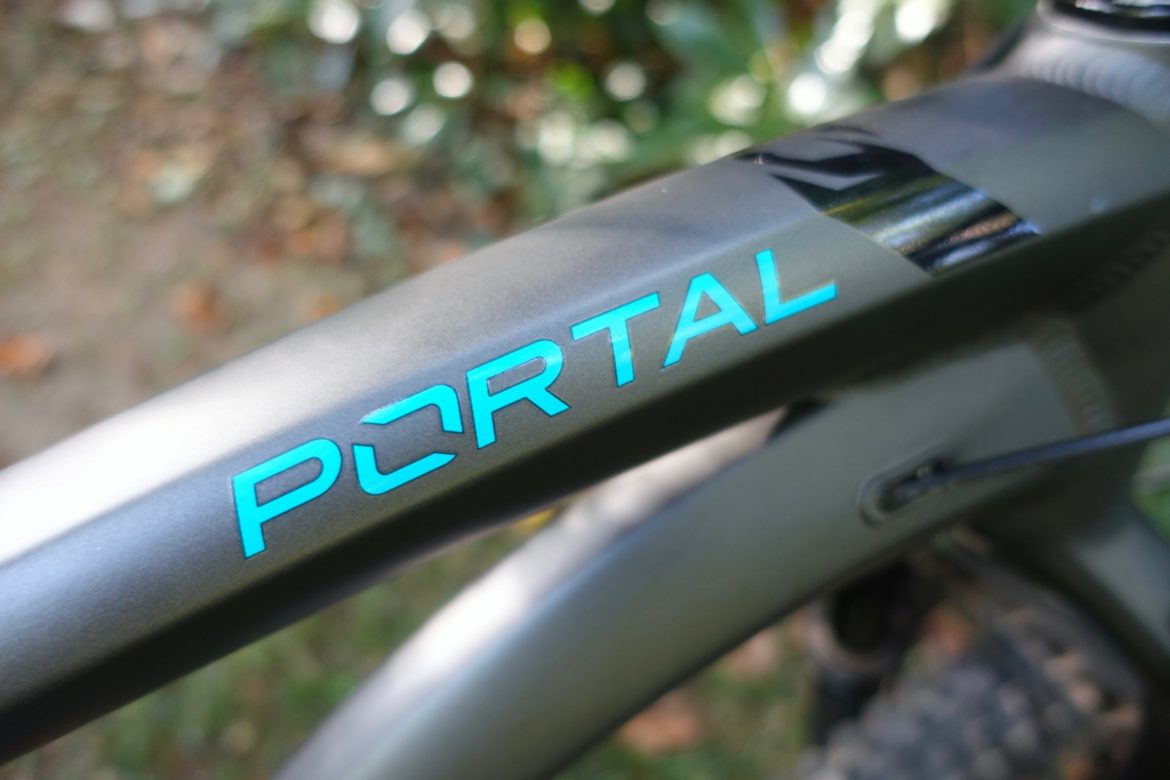 The climb up Paris Mountain is not very technical, but the 0.6-mile climb from the archery lot up to Sulpher Springs serves up a punchy 10% grade. I rode with Bryan from Jamis and we pushed a brisk pace to the top where the weight of the Portal quickly faded from memory. The 3VO suspension platform provided a surprisingly firm platform and looking between my legs I couldn’t discern much movement from the shock.

The loose gravel and hardpack surface punctuated with roots and rocks at Paris Mountain demands active suspension to keep traction at the rear wheel, and the Portal delivers. Not only that, I found the 3VO setup provides excellent small bump sensitivity, lending the bike a floating feeling at low speeds.

When it comes to being playful on the bike, there are two things that count in my opinion: the ability to pop off rocks and roots in the trail, and a flickable rear end that corners well. The Portal offers both.

Because the 3VO design isn’t overly dependent on a specific sag setting, it’s possible to run more sag than usual to pre-load the suspension for takeoff. Blasting back down the Sulpher Springs trail I was impressed not only with the rear suspension, but also the responsiveness of the RockShox Revelation fork.

The Vittoria Martello tires allow the bike to corner and track pretty consistently at high speeds, and the 3VO suspension remains active and predictable through panic braking and unanticipated big hits. Back on my much flatter, but tighter and more technical home trails, the Portal showed another side of its playfulness and nimbleness.

I would have liked to have tested the Portal more to get a better feel for the bike, but even more so because it was so much fun to ride. Judging by the bike’s heavy weight, steep angles, and fairly bland looks, the Jamis Portal doesn’t offer the same excitement as other trail bikes. I certainly figured the bike would offer an average ride at best, but came away impressed with how well it rides both up and down the mountain. It’s probably the best sub-$3,000 full suspension bike I’ve ridden in a while, and has me rethinking how an inexpensive bike can and should feel.