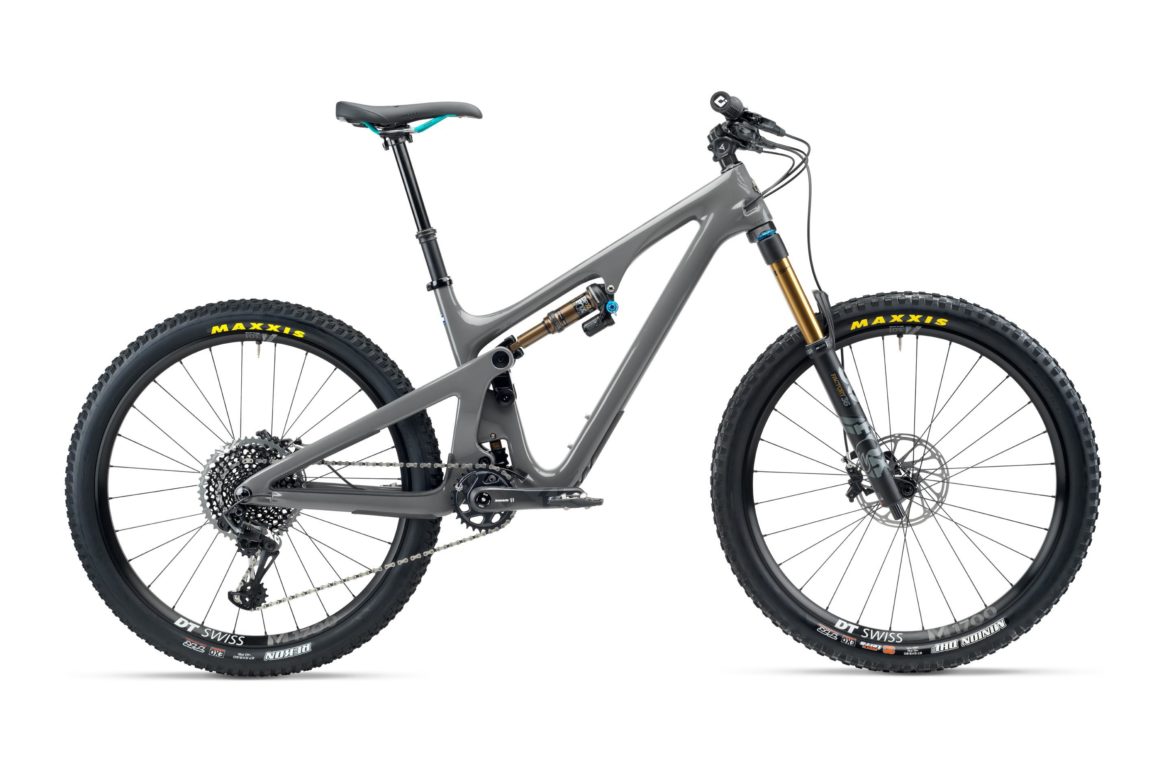 Yeti is shifting their frame lineup with yet another offering named after its (metric) rear travel measurement. The SB140 has 160mm of fork travel, and 140mm at the rear axle, utilizing their patented Switch Infinity suspension system and rolling on 27.5″ wheels. Designed around similar geometry and suspension characteristics as the recently released SB165, the bike is undoubtedly intended for playful trail partying.

The SB140 shares an almost equal reach measurement with the larger wheeled SB150, at 460.1mm on the size medium, and the playfully short 433mm chainstays are the same on both bikes. With a 65° headtube angle, and 77° seat tube angle, this 27.5″ whip looks ready for singletrack fun on all types of terrain.

According to Yeti, the bike is part of a broader effort to simplify its range in two distinct categories. “The SB140 sits squarely between two of Yeti’s most popular models – the SB5 and SB6. The SB5 and SB6 are discontinued for 2020, and the bike product line has been simplified into two categories — bikes that race (SB100 and SB150) and bikes that rip (SB130, SB140, and SB165).”

Along with this latest frame release, Yeti announced that they will no longer be offering the Beti line of bikes for 2020.

Our decision to discontinue the line was driven by the women who work here,” said Kristi Jackson, Director of Marketing. “We create products that resonate with female riders. When launching the Beti bike line we developed a custom rear shock tune to achieve better performance for lighter-weight riders. After rounds of internal testing, we found that the enhanced tunability of FOX’s current suspension means we can achieve the same ride performance across a wider range of weights – male and female.

Yeti make fine bikes, but they are so damn overpriced for what you get. I’ve demo’d a few and wasn’t blown away, definitely not enough for the price.

Overpriced? They’re no worse than any other bike manufacturer out there. Ibis has a build for 9k so I don’t buy this argument.

Bryan, Ibis does have builds that are at the 9k price point, but they have builds for each model that rival the price of a Yeti frame. For example MSRP on a SB 165 frame is the same cost as an NX Mojo. Or you can look at a Transition and get a great alloy complete bike for $500 less than the SB140 frame only. Yeti is absolutely priced higher than most companies.Cheers!