ROTOR Components has slowly been teasing the release of a 13-speed, hydraulic drivetrain and the system is now coming into clear vision.

ROTOR argues that a 13-speed drivetrain will be a game changer for competitive mountain bikers. With the added range it can help riders clear steeper climbs and gain more speed to pull away from competitors at speed, not to mention that it is lightweight, and might even be more reliable than a traditional drivetrain.

ROTOR’s 10-52t cassette is spread over 13-speeds for smoother sequencing. Currently, it beats Shimano’s 12-speed cassette by one tooth at the top end, as Shimano offers a 10-51t. This gives the ROTOR drivetrain 10-percent more range than the Shimano, for a total of 520%. 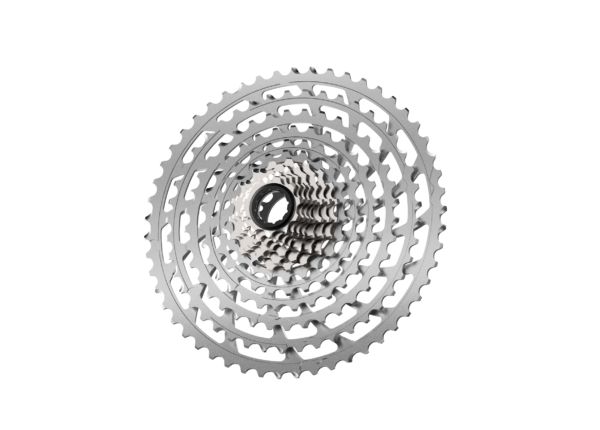 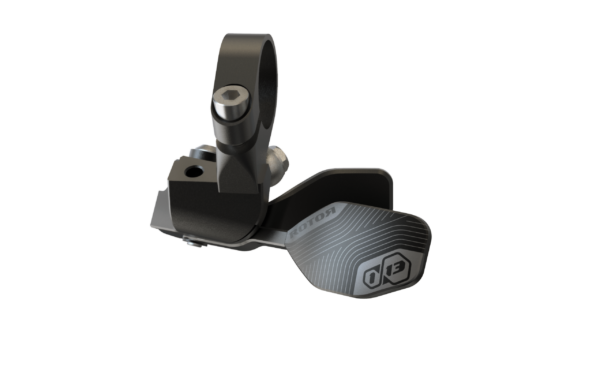 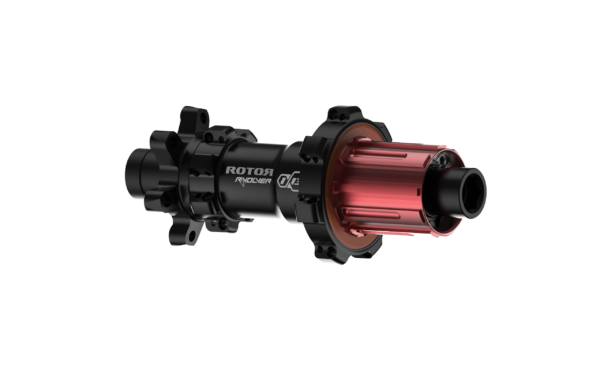 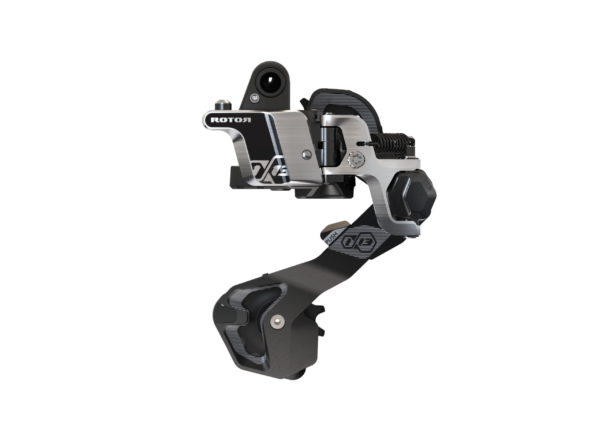 The cassette uses FLOW RAMP technology to offer more efficient at low speeds and to deliver maximum power and cadence during hard climbs. ROTOR says that their cassettes feature a more efficient chain step when shifting up or down or within multiple shifts at once, so riders can hold down the power during shifting.

The ROTOR cassette is offered in four different varieties as well, covering different disciplines. It will be offered in 10-36t, 10-39t, 10-46t, and 10-52t ranges. The only downside is that the 13-speed cassette will require the use of ROTOR’s 13-speed hub, as it will not fit on a standard 12-speed hub. 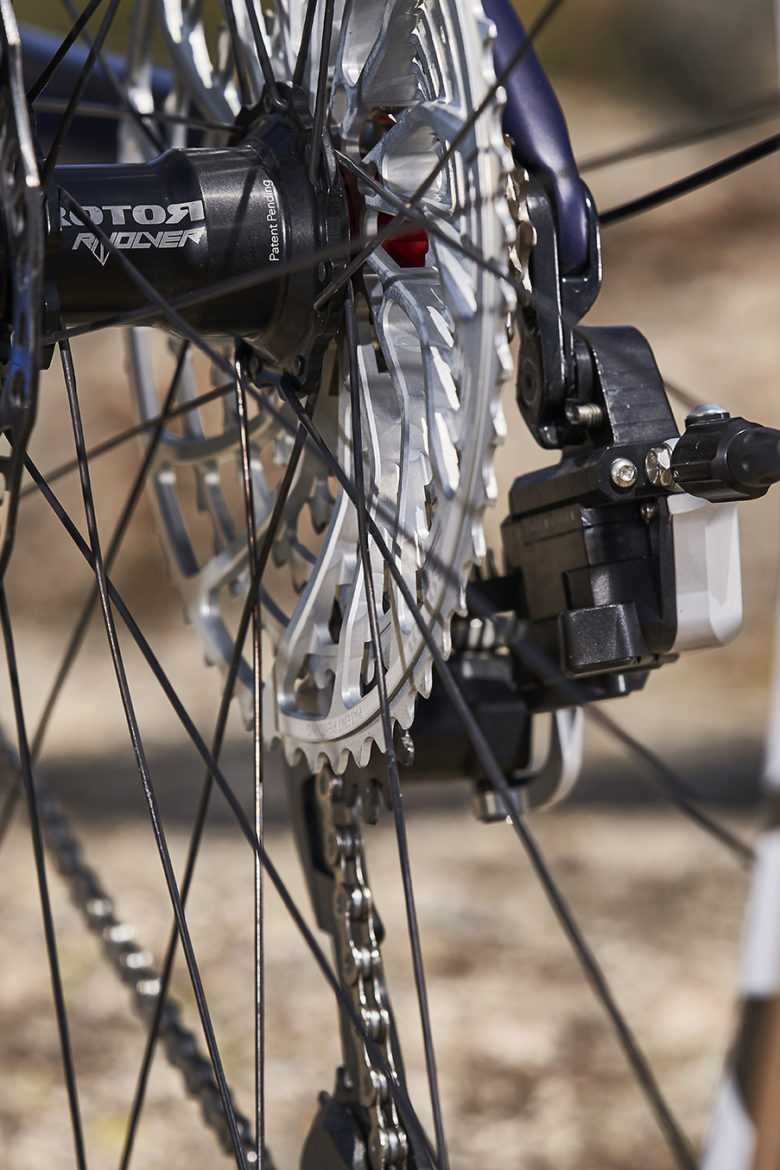 If buyers aren’t ready for the 13-speed drivetrain yet, the hydraulic ROTOR drivetrain can be used as a 12-speed and bought as a “13-speed-ready” kit. In either case, ROTOR says that the weight savings are impressive. A 12-speed, hydraulic, “13-speed ready” kit weighs 1,531g, according to ROTOR. A Super Light kit weighs 1,816g, and a 1×13 Performance kit weighs 2,082g.

The weights seem to be on par with Shimano’s latest premium 12-speed drivetrain, as weighted here. 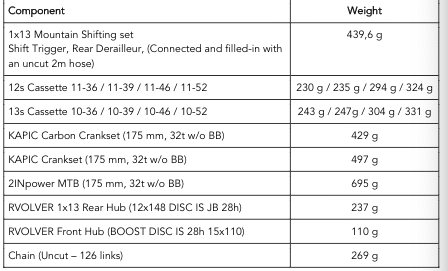 The ROTOR drivetrain has been built for durability, according to the company. There is no charging of course, as it is not electronic, and the rear derailleur is armored and sealed to keep dirty elements out of the internals. Cable drivetrains can eventually get dirt and dust inside cables, housing, or shifter boxes, increasing friction and decreasing the ability to shift smoothly.

Rather than increasing tension at the derailleur, which ROTOR says can decrease power, the ROTOR 1×13 keeps tension minimal on the chain. The drivetrains all use 12-speed chains.

More on the derailleur, ROTOR added a button and Pressure Point Adjuster technology. With these, users can manually regulate the derailleur and choose the preferred amount of shifting pressure that comes from the shifter, and where exactly it will shift.

In case of a wild mechanical, like a pulled or severed cable at the derailleur, the derailleur can be manually set to a certain gear in order to pedal home in a somewhat appropriate gear.

ROTOR offers the hydraulic drivetrain in three different kits; a Mountain Performance kit, for $2,900, a Mountain Super Light kit for XC-demands, for $2,099, and a 1×13 Ready kit, that will work as a 12-speed, and can be converted to a 13-speed when the buyer upgrades their hub, for $1,600.

For more information, visit ROTOR’s website. The system is expected to be available in October.