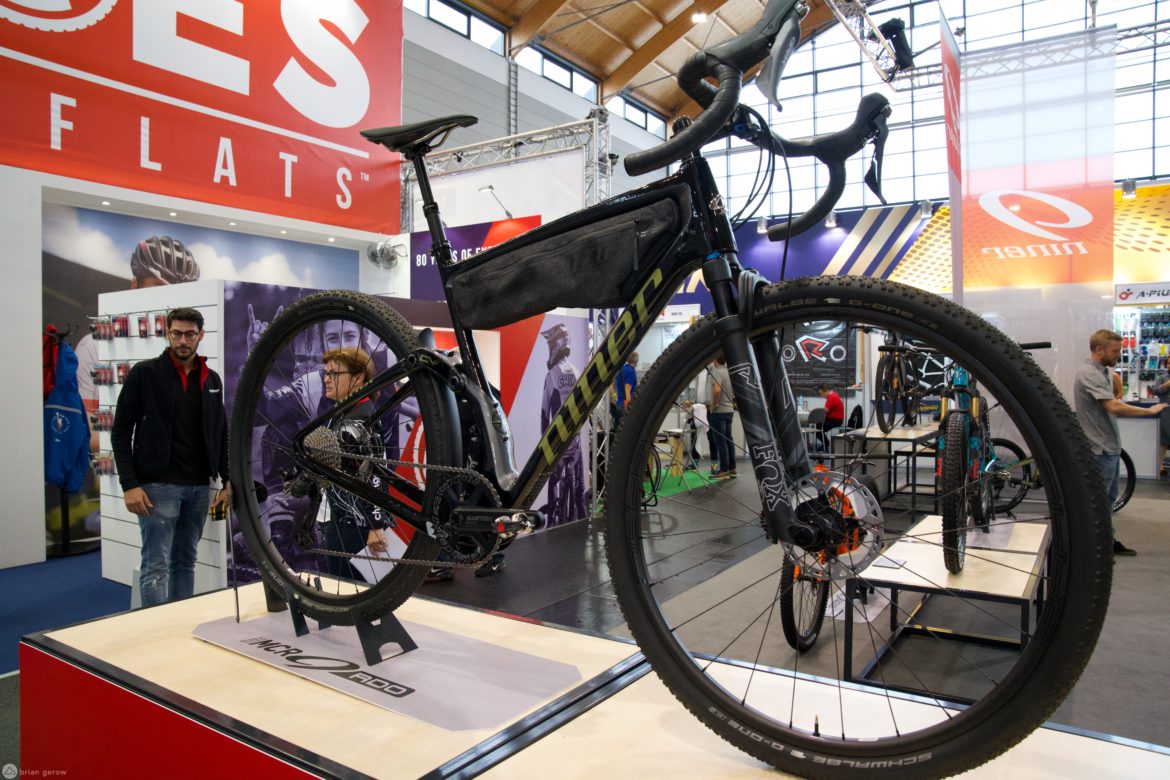 The bell of the gravel ball was handily Niner’s MCR 9 RDO, with its 50mm of CVA suspension, internally routed dropper, Fox AX fork, and integrated frame bag. Niner says that the MCR is not just a drop bar mountain bike, but a frame that’s truly designed around the demands of daylong seated pedaling between the stones. 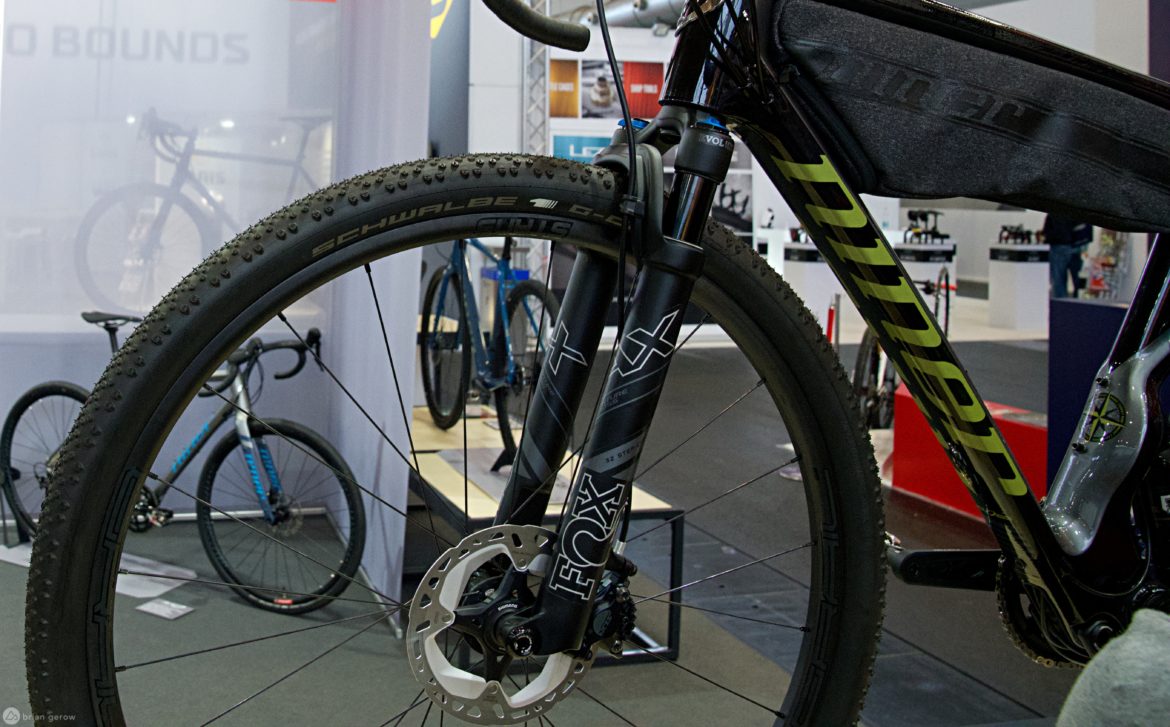 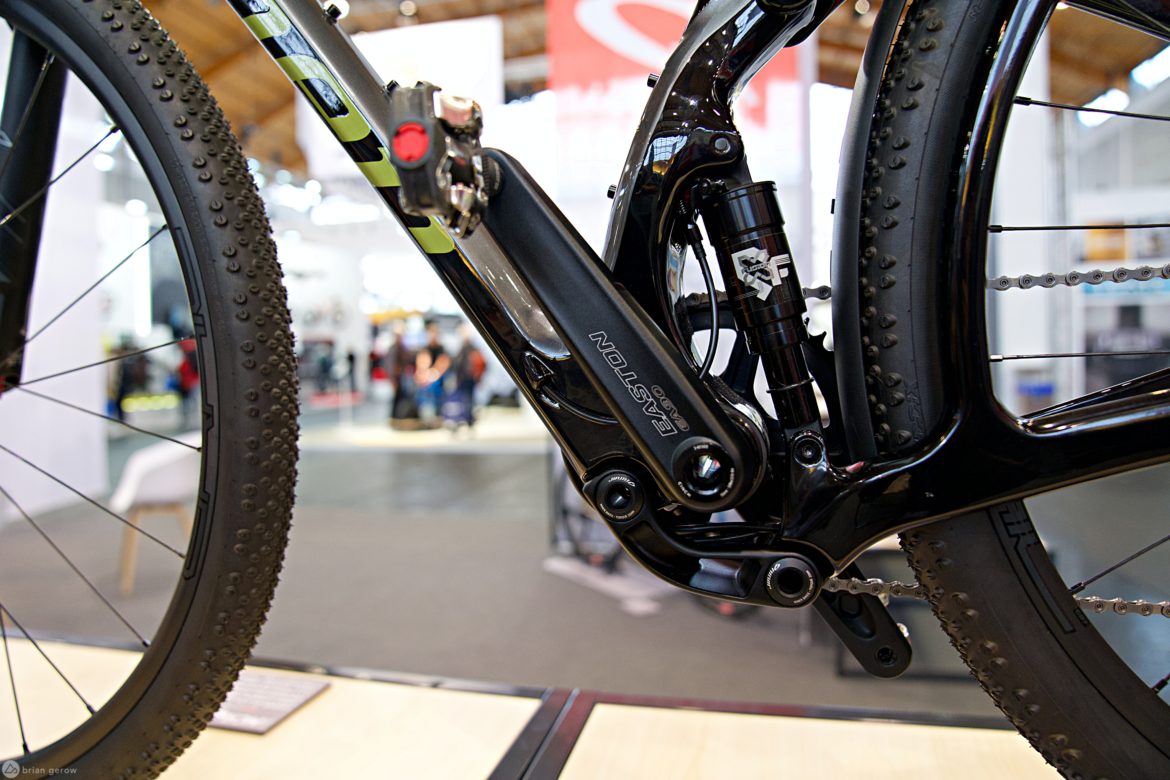 The bike’s CVA suspension looks similar to the brand’s well-tested design, but Niner says that it is more linear than their mountain bike layout to better suit massive endurance efforts. 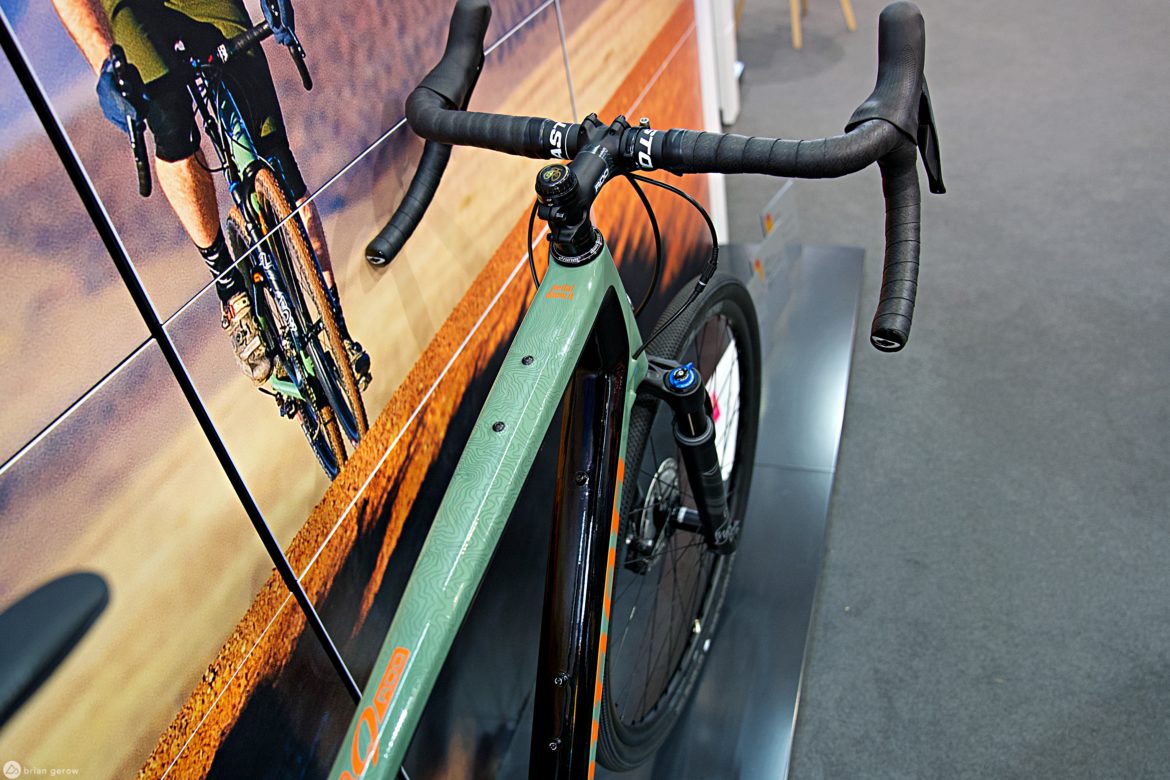 The frame is covered in mounts for bags and bottles, including this one on the top tube. 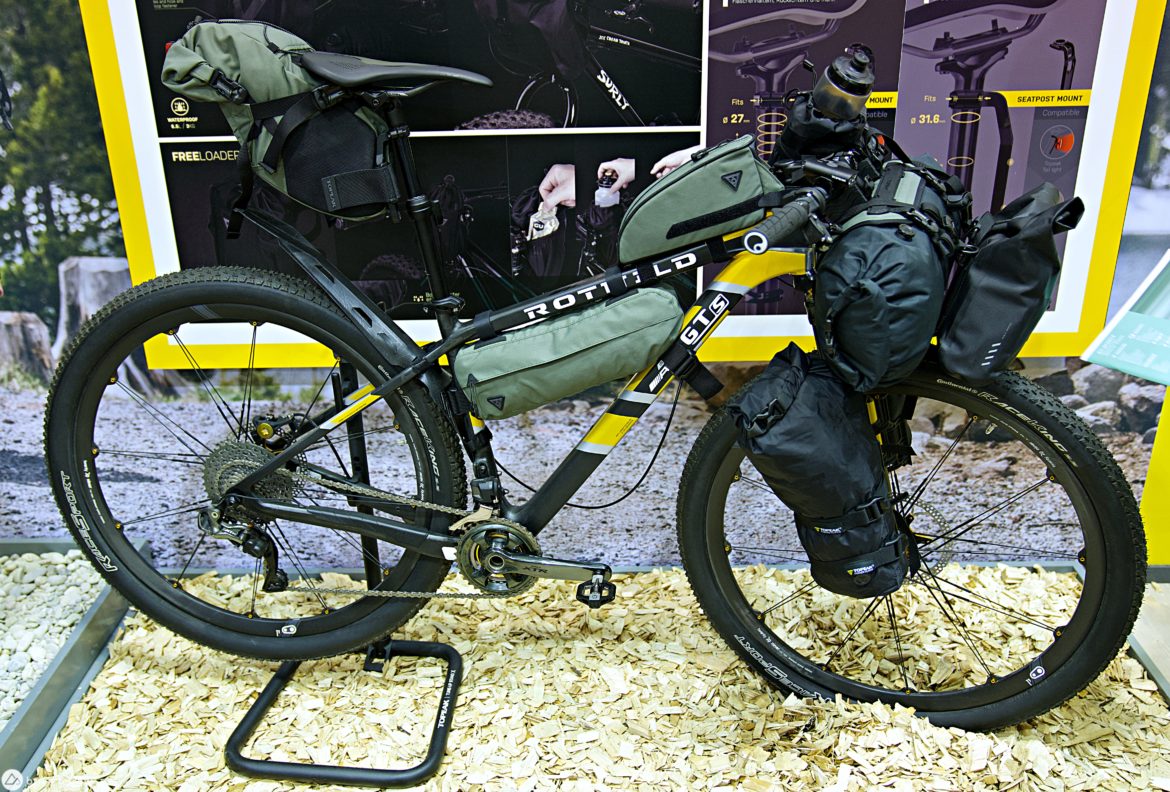 In addition to the new dirt-road frames, any company that can justify making bikepacking and adventure bike bags had their 2020 offering on display. This setup from Topeak left little of the bike uncovered. Riders who need more bags than this might want to consider a gear reduction or a hotel room. 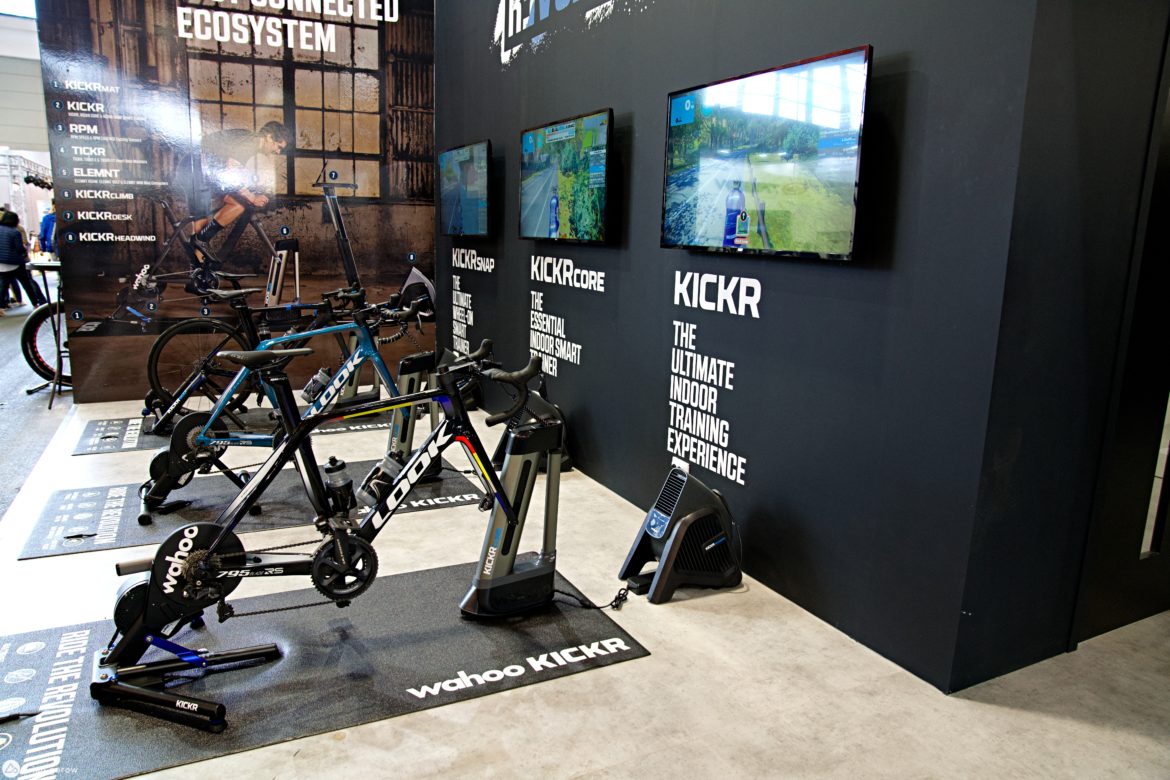 The trend toward trainer riding entertainment continues, and every last brand that designs inside riding equipment has a gaming element to keep folks entertained while they steam up the living room windows. 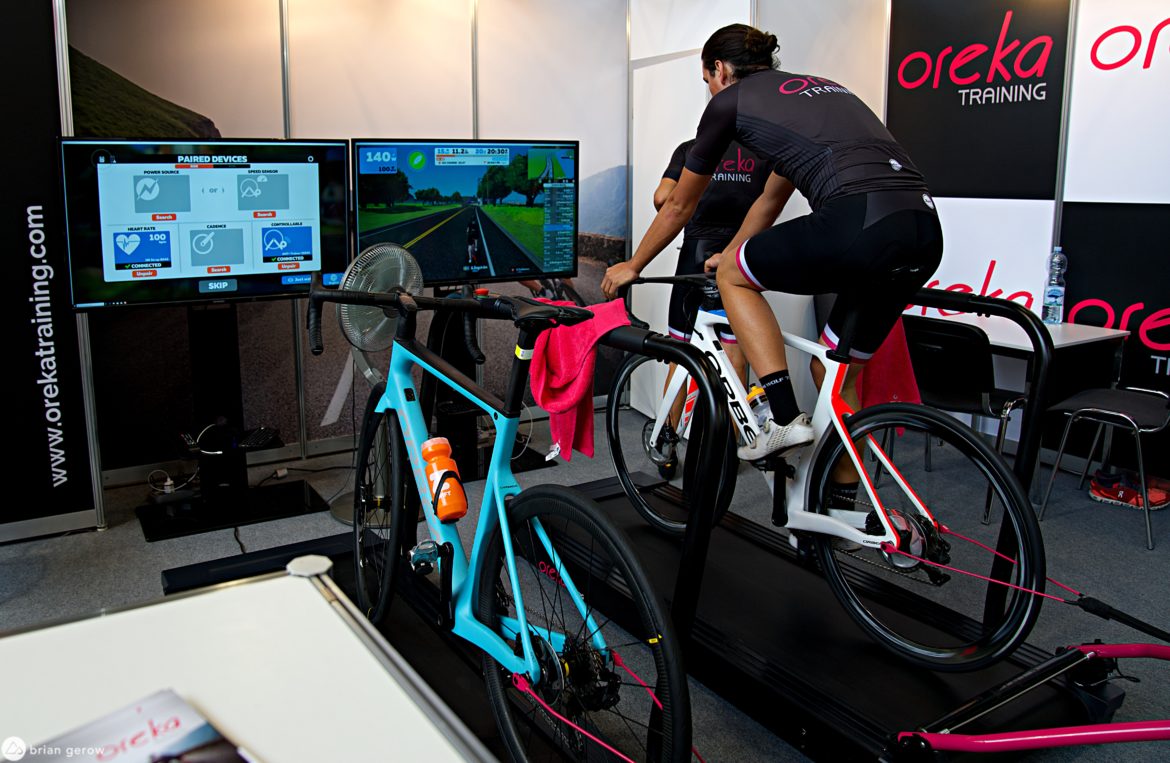 Some systems use the bike you already have, some sell a stationary bike, and all of them allow riders to compete and interact with other folks who pedal indoors. 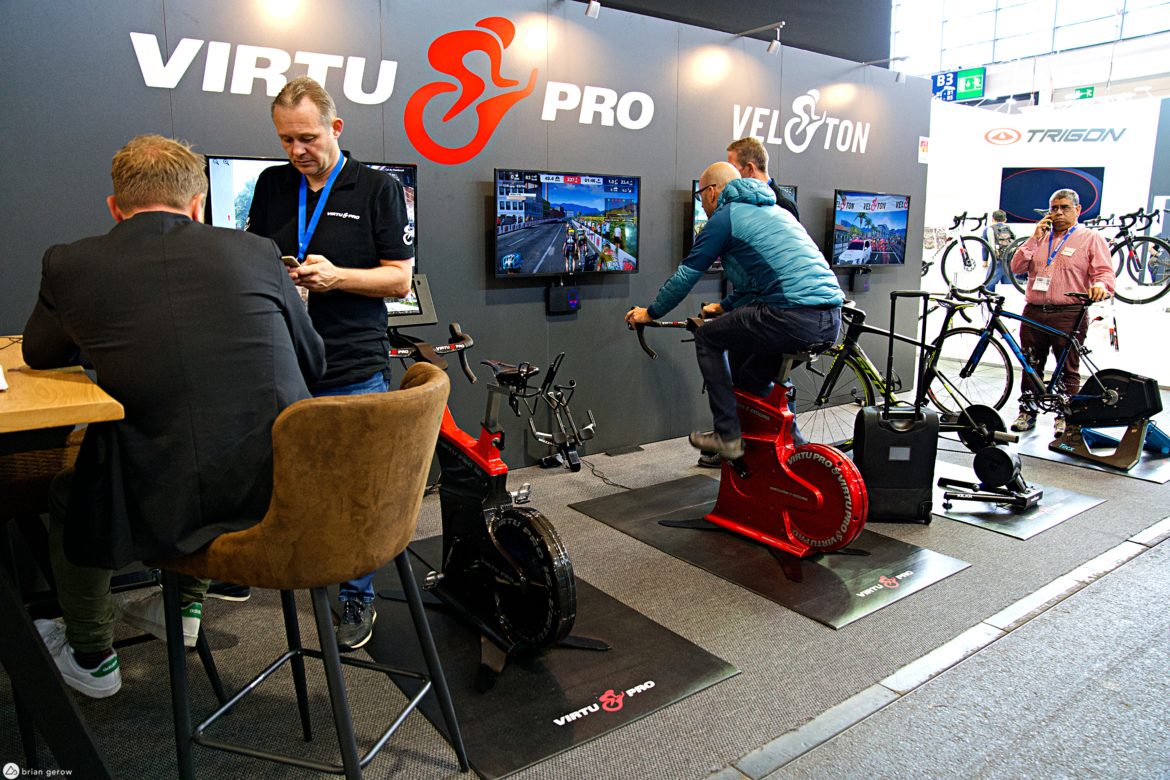 The vast array of trainer-gaming options should make it far more pleasant to maintain fitness throughout the chilly winter months. 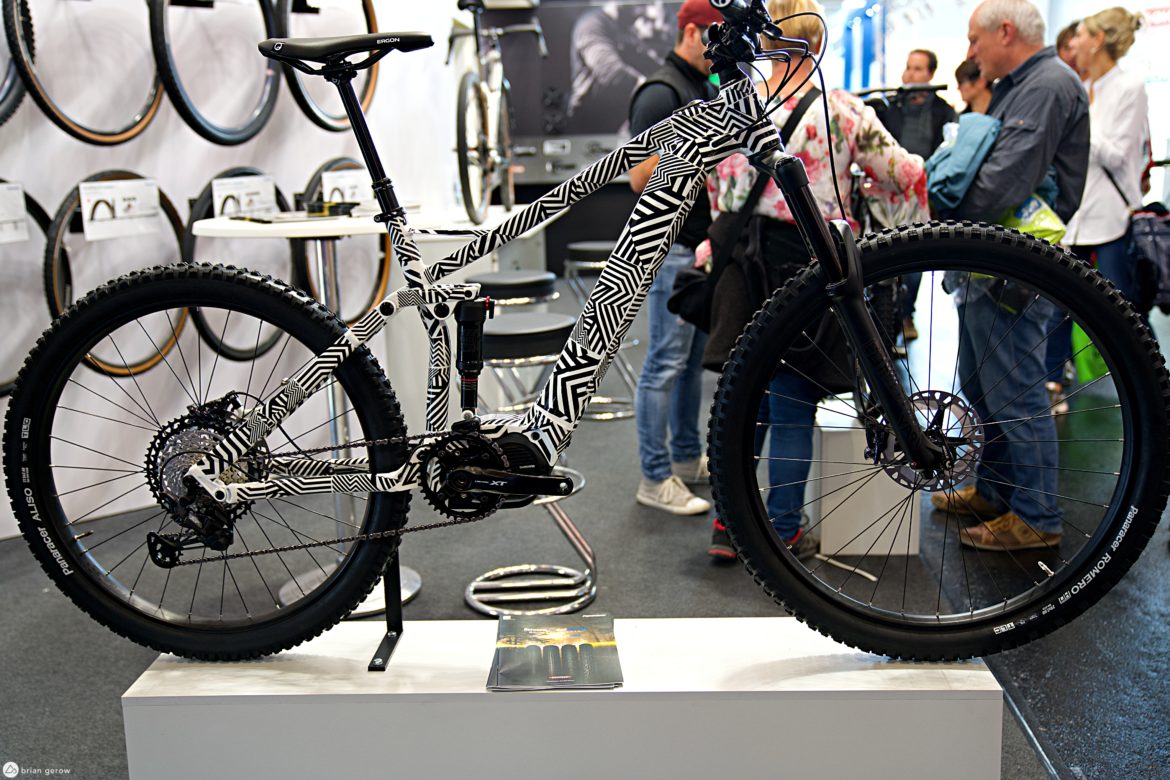 The wave of battery-powered engines that took over Eurobike last year has continued to saturate the European cycling market. Several brands left their pedal-powered bikes back at the office, focusing solely on their new e-bike lines for the show. Only four brands displayed more muscle-powered bikes than e-bikes this year, showing a clear shift toward the whirring e-moto focus of the expo. 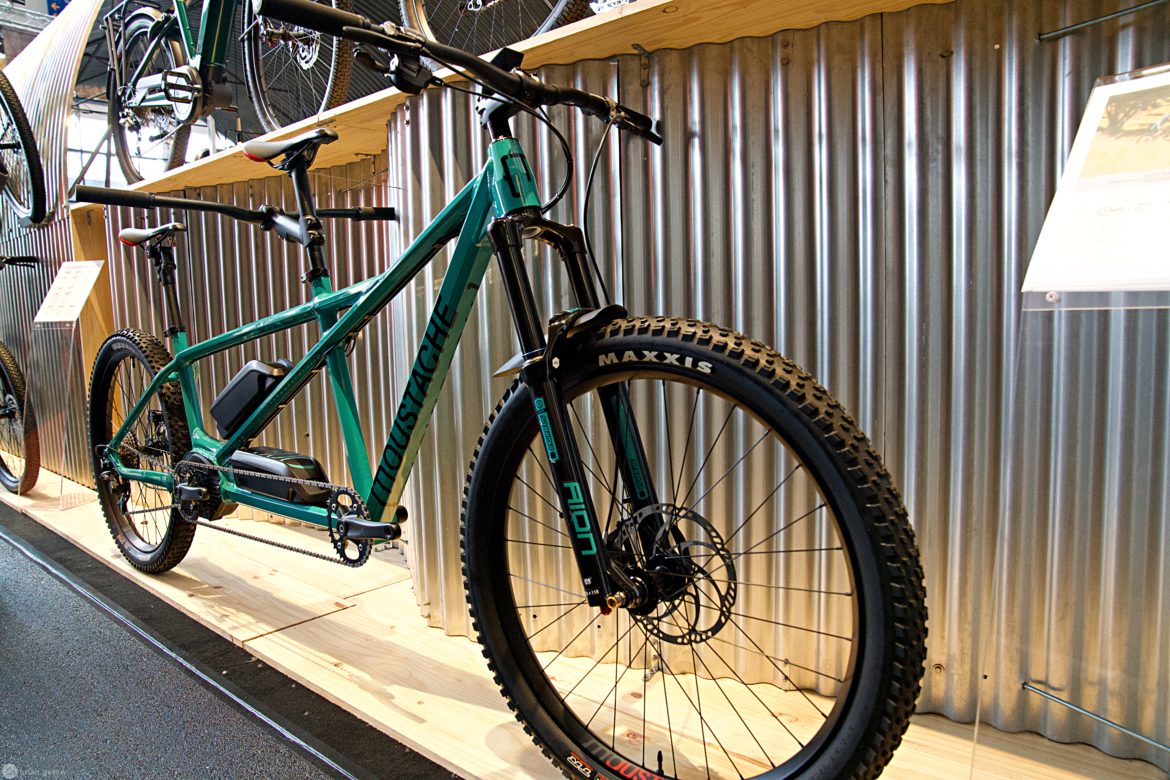 Moustache Bikes primarily makes e-bikes, including this one for those rides when four legs are not quite enough. 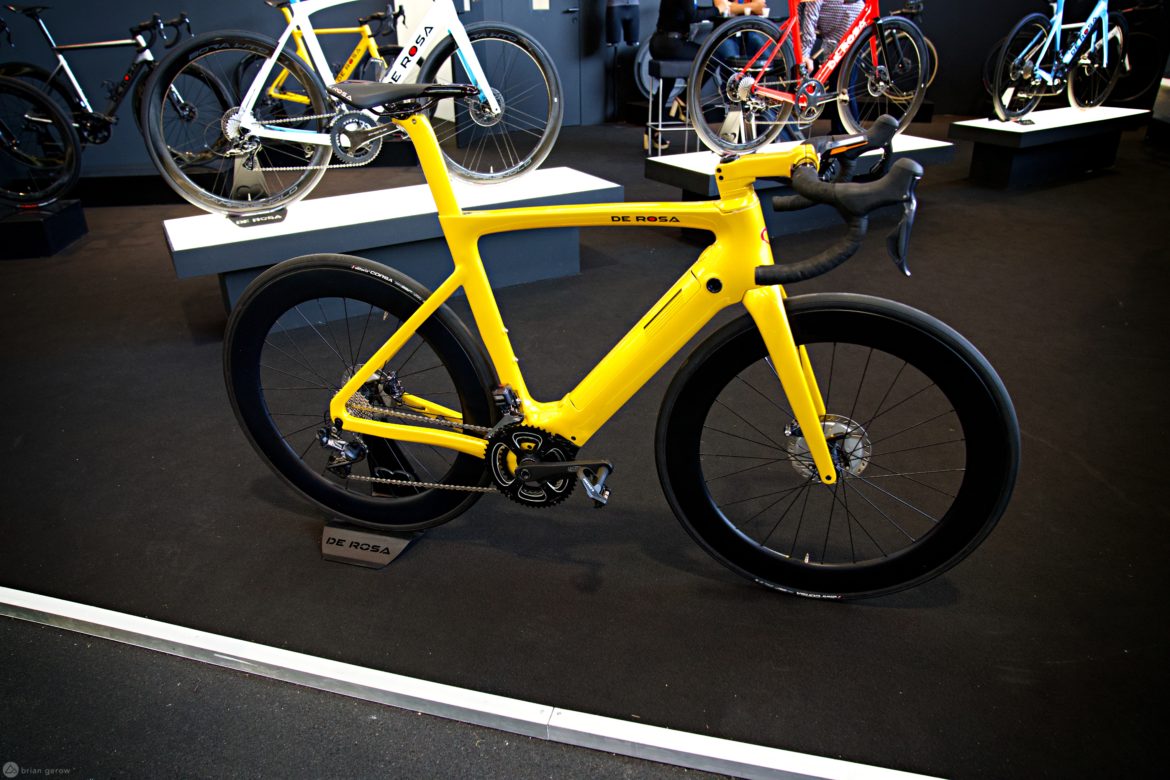 Even heritage brands like Italy’s DeRosa have crammed batteries in their otherwise sleek downtubes. Will Eurobike be renamed E-Eurobike next season, or will some of the more pedal-powered brands like Scott, Lappiere, Ghost, and Cube return? We’ll keep you posted.