The following is a press release from the Scott-SRAM racing team:

The Olympic Champion has completed the 2017 World Cup season with 6 consecutive wins, something no one else has ever achieved before. The last remaining goal? Defend his World Champion Jersey in Cairns, Australia in two weeks.

Val di Sole, Italy. What is it to be #nextlevel? We leave that to N1NO to answer. After winning every title there is to win, there was still a new goal to achieve. Winning every single World Cup race in one season had yet to be done. Now, Nino has locked that one up as well. The Champ continues to surpass our expectations.

Hunting the 6/6 was not really a target at the beginning of the season. But after the first four consecutive World Cup wins N1NO saw the challenge as achieving something nobody else had done before. The World Cup title was already secured after 5 rounds. The final round in sunny Val di Sole therefore could also have been a walk in the park. However, this would never be the case for the current World Champion. He wanted to prove to himself and to his competitors that he is in best shape ever and is ready to defend his World Champion title in two weeks time. 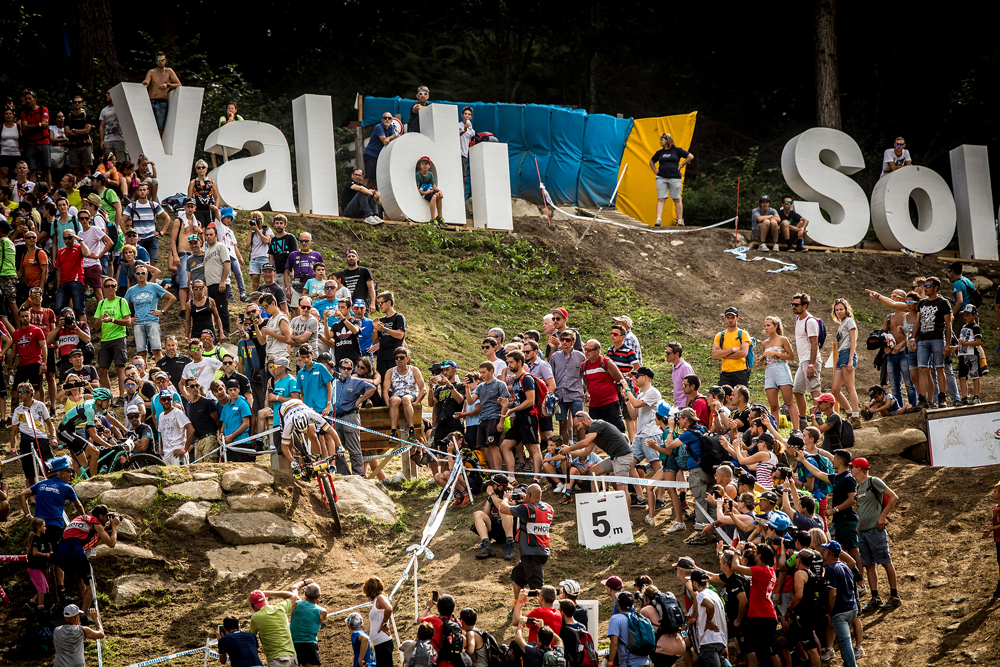 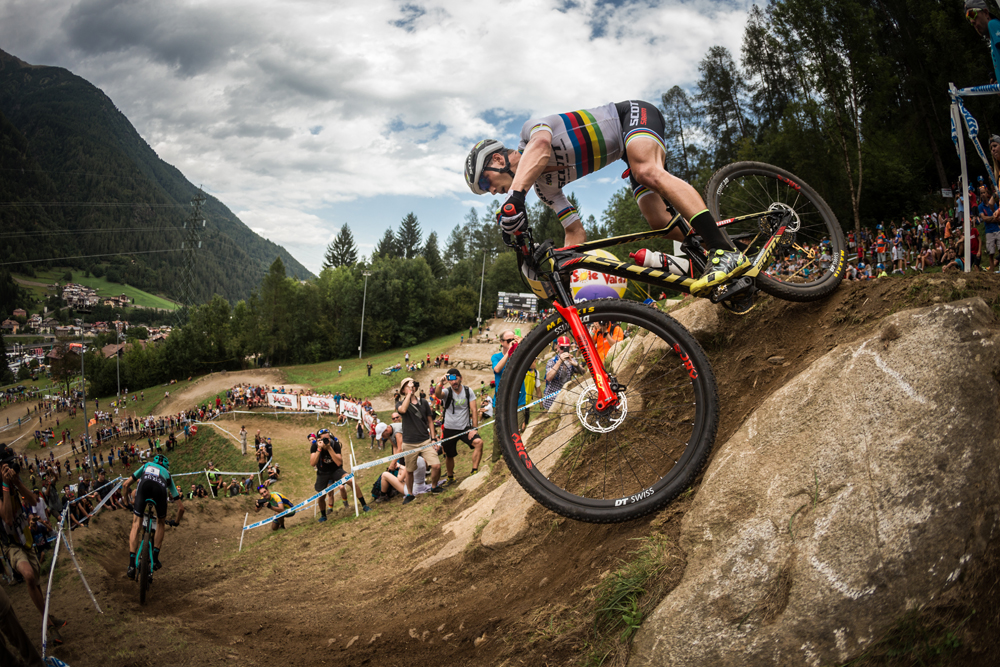 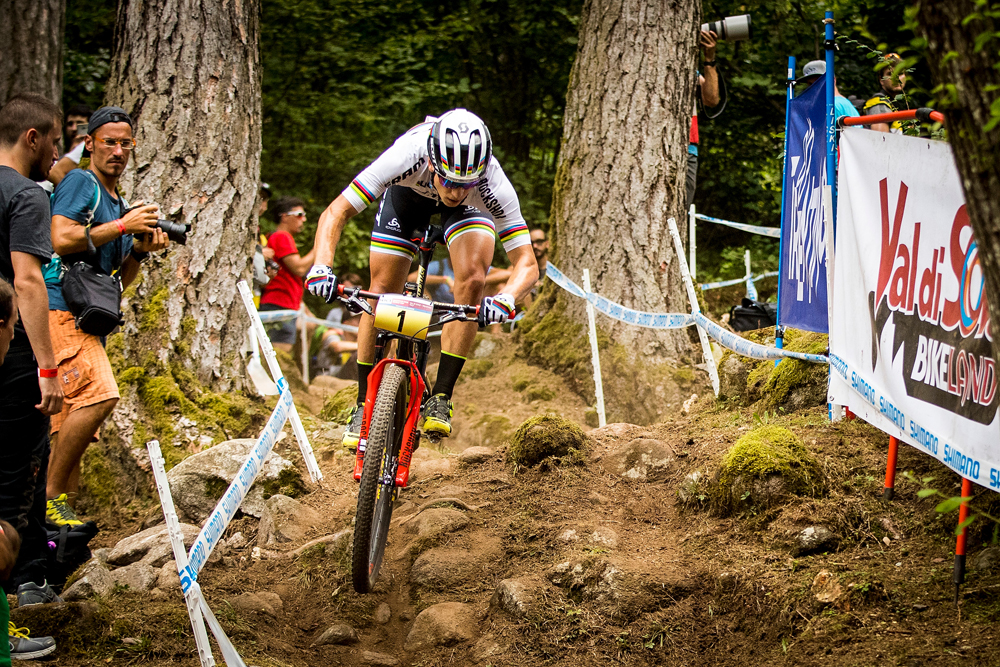 It didn’t take long for N1NO to place an early attack to spread out the field. Frenchman Stephane Tempier was the only one able to close the gap. They worked together quite well with N1NO having a bit of an advantage on the descents. Behind the leading duo a group of five riders along with Julien Absalon, Jaroslav Kulhavy and Florian Vogel chased the leaders, but never really closed the gap.

It came down to the same finale as two years ago against Julien Absalon. At the exact same spot only a minute before the finish line, N1NO launched his killer attack to ride to his 26th World Cup victory. 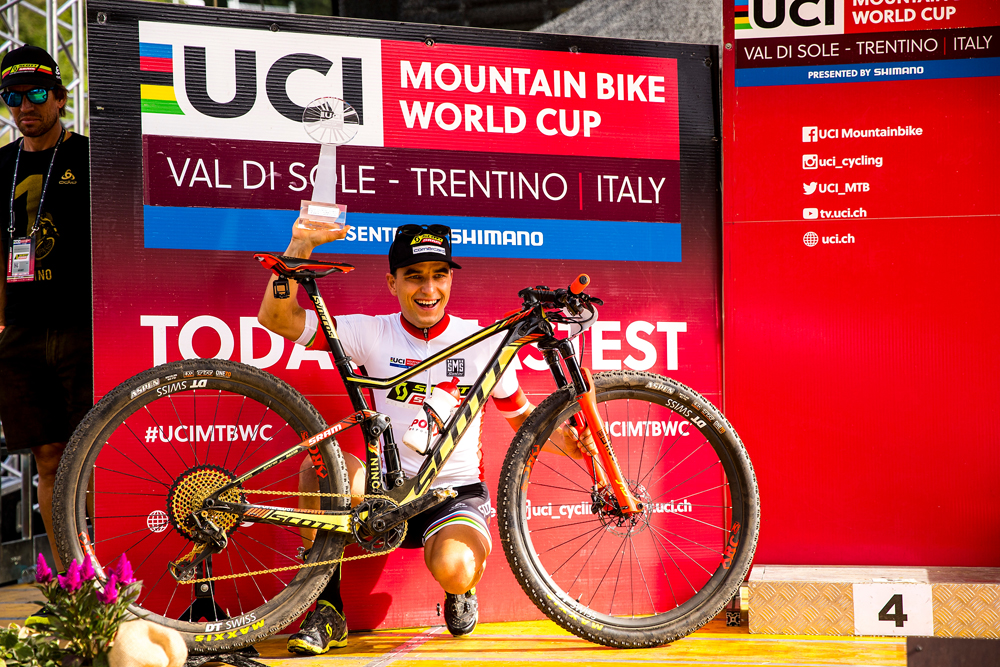 Looking back at the perfect season Nino Schurter stated, “I’m stoked I’ve achieved this 6/6 strike but would like to point out that, apart of my performance, it takes a good portion of luck and a reliable team and equipment to conquer. A special thank goes to my mechanic Yanick Gyger and my SCOTT Spark 900. A whole World Cup season without one mechanical- that’s not a coincidence. It’s an essential prerequisite for success.”