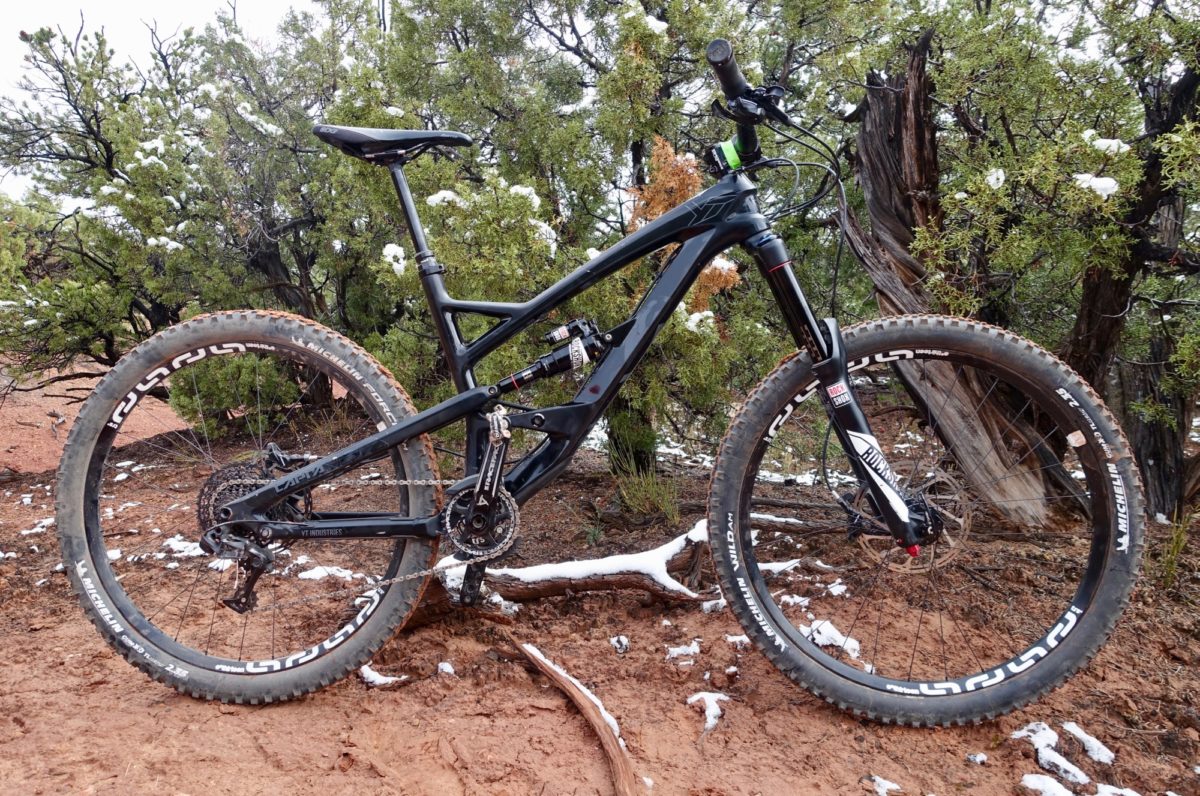 After a fantastic day of shredding aboard YT’s Jeffsy trail bike, I knew I needed to sample the longer-travel Capra enduro bike for myself. An Outerbike shuttle to the top of Mag 7 in Moab provided the perfect opportunity. 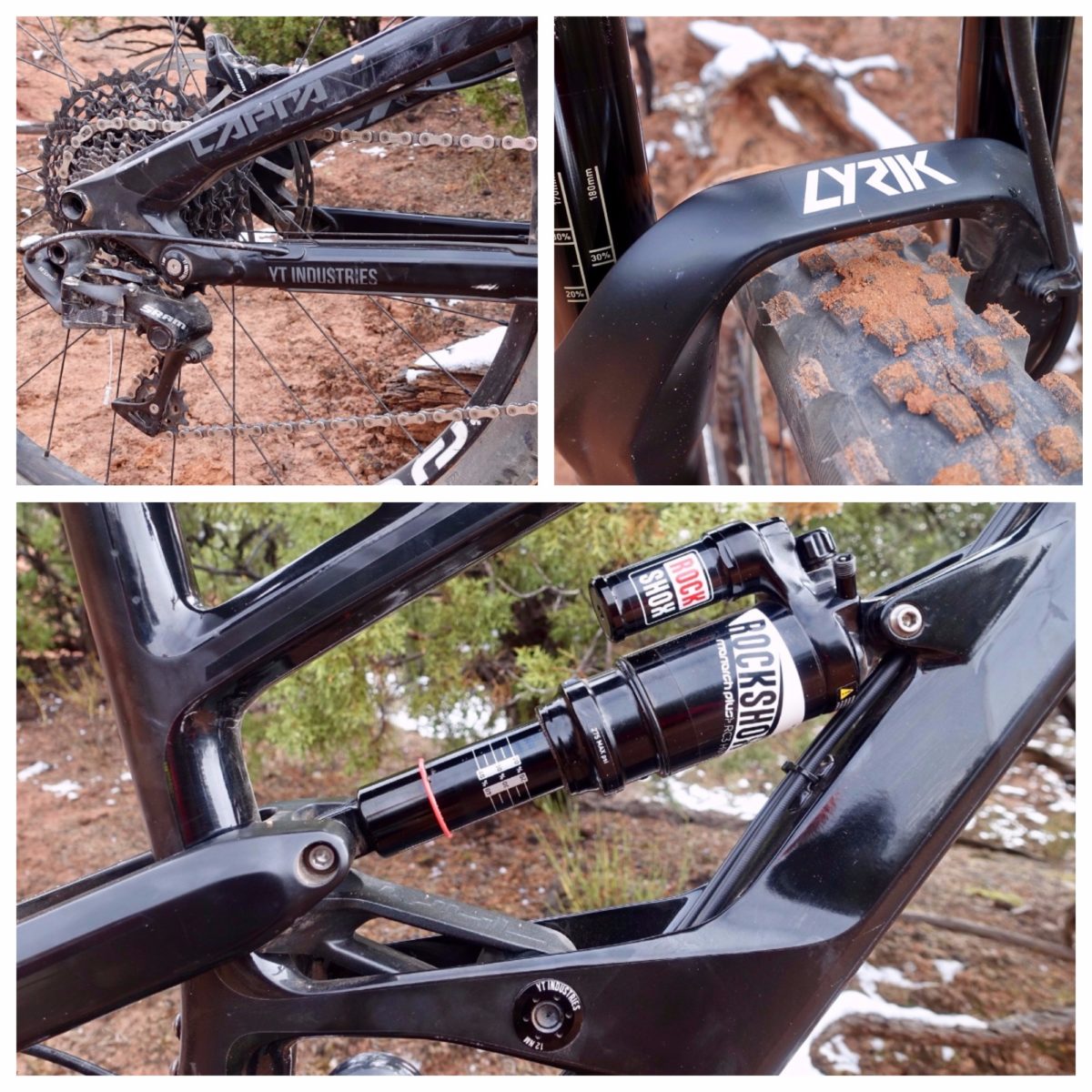 In addition to the Lyrik fork, the model I rode is spec’ed with a RockShox Monarch Plus RC3 shock, SRAM Guide RS brakes, SRAM X1 drivetrain, E*Thirteen TRS 27.5″ wheels, and an E*Thirteen dropper post (my test bike had a RockShox Reverb).

After a shuttle up to the Mag 7 parking lot Aaron and I decided to sample some new-to-us singletrack, culminating ultimately in the 7 Up descent. We took the Mustang and Horsethief trails to access the main descent, which offered up swoopy singletrack punctuated by rock rolls and ledge drops. 7 Up itself proved to be a bit of a letdown with more pedaling than anticipated, but a few sections allowed us to really open ‘er up and blast down sets of ledgy slickrock with some bigger hucks and drops.

While YT doesn’t provide the BB height of the Capra on their website, I found it to be low enough to really dive deep into bermed turns, laying the bike over sideways on the hero dirt conditions of the flowing back-to-back corners.

The Capra proved to be a formidable descender, taking everything in stride and making all the ledges and hucks feel tiny! The progressiveness of the Capra’s travel, similar to the Jeffsy, was also on display, and I didn’t come close to using all of my suspension travel. It would take a lot of work to truly push the Capra to its limit and even then, the limit of the Capra is, of course, totally dependent on the person riding it. With this much travel, a bombproof frame, and an aggressive build kit, the amount of gnar the Capra is capable of destroying is epicly high!

Despite being quite slack at 65 degrees, I didn’t find the fork to feel wandery on the climbs–which was much appreciated as we did more pedaling than I had hoped. At 170mm the suspension was sucking quite a bit of my forward momentum away but thankfully, both the Lyrik fork and the Monarch shock offer three-position compression controls, allowing me to flip both suspension components into the middle mode for technical climbing, and the locked out mode for pavement spinning to return to the venue. With some 170mm enduro bikes not offering compression adjustment on their suspension, this was a feature that I really appreciate YT including.

The only downside I noted in my short test ride was the noticeably wide Q Factor of the cranks, presumably so they can clear the chainstays. Again, YT doesn’t list the Q Factor on the website, but it was noticeable enough for me to feel it while pedaling and to visually notice how wide apart my feet were. While I appreciate the absence of calf bang on the frame, it seems like the rear end of this bike could use a bit more engineering, adding some curvature to the chainstays, in order to bring that Q Factor back into a more normal range.

Make no mistake: the Capra isn’t your average, everyday trail bike. It isn’t even your standard enduro bike. It’s not the kind of bike that you’ll want to use for big backcountry linkups or for pedaling many miles to the top of a descent. While of course you could undoubtedly do those types of rides aboard this bike, the Capra is most at home in the back of a shuttle truck on the way up and pinning down the steepest, nastiest, most technical lines on the face of planet earth on the way back down!