You may have heard of Cycliq after their wildly-successful kickstarter for their original model, the Fly6, and Jim Hodgson’s subsequent review, here. After widespread demand by their loyal customers, they released a frontward-facing model, the Fly12.

The Fly12 is a 1080p action camera with a built-in 400 lumen light, and comes with everything you need in the box to get started, including a very sturdy single-bolt handlebar mount (that annoyingly requires a hex tool rather than a thumb twist bolt like GoPro), 16gb microSD card, charging cable, safety lanyard, and a hex tool. The unit offers both wifi and bluetooth 4.0 connectivity to connect to the Cycliq app for iPhone and Andriod. The app is quite robust, with the ability to adjust settings such as video resolution, volume, and light modes, as well as simple video editing to trim and save clips of footage.

The Fly12 offers a few excellent features, including overlay tram lines to show safe passing distance, overlay Strava integration including speed, wattage, elevation, heart rate, and a map. There is also a built in alarm that can be set through the mobile app that sets off if the camera detects any motion. Think of it as a car alarm for you bike. It’s LOUD… like crazy loud.

There are 3 light functions, including constant, strobe, and flashing, all of which can be set to high, medium, or low. The battery lasts 10 hours in standard filming mode, roughly 6 with the flashing light, and around 2 with constant high-powered light. Once the device is on, the camera is always rolling. The light can be toggled on and off, but the camera is always taping. It records in 5 minute intervals and loop records, meaning that once the device is full it will start recording over the old footage unless you specifically save a clip with one of the keys on the back.

There are only two buttons on the back that control all of the settings, and those can be quite confusing at first. The best way to toggle settings and save footage is directly though the app.

The Fly12 takes surprisingly clear footage, demonstrated in the video above, and pumps out 400 lumens of light, which seemed like more than enough, even on the singletrack in the middle of the night. The camera is priced at $349 and weighs in at 244g, which is slightly heavier that other action cams on the market (a GoPro weighs in at roughly 100g, for reference) but considering that it comes with a built-in light and rechargeable battery, that price and weight seems very reasonable. 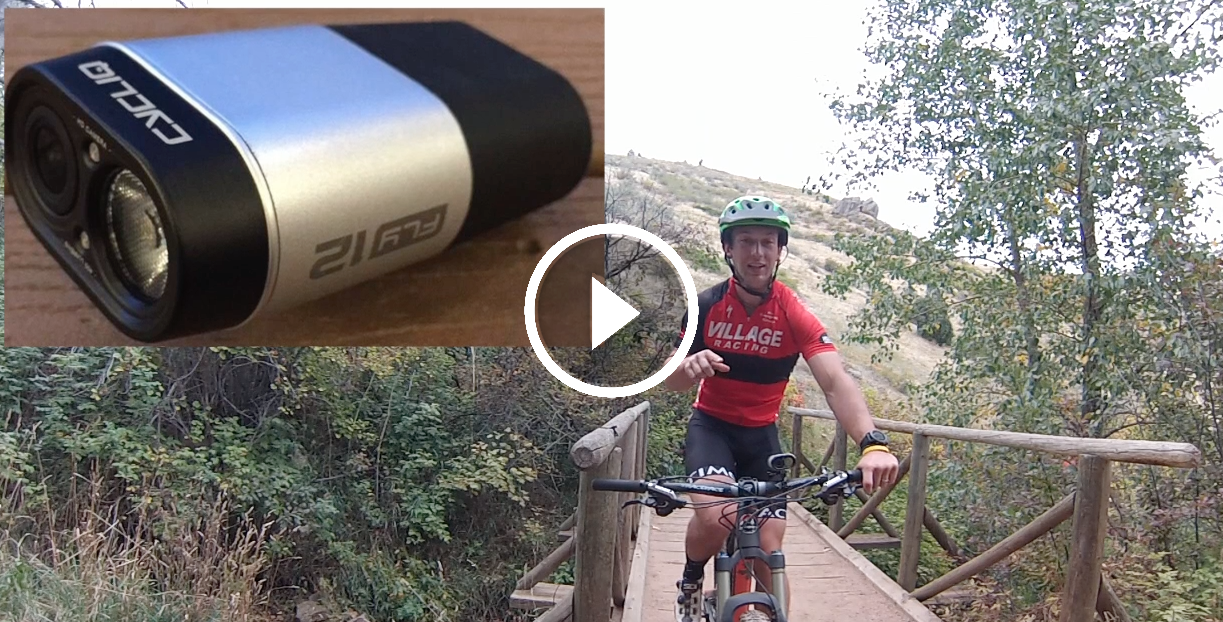