I’ve ridden Jamis bikes off and on for years. In fact, my first full suspension bike was a Jamis Dakar XLT, and I reviewed a newer version of the Jamis Dakar back in 2012. Despite a substantial hiccup during my Dakar review, I’ve always been a proponent of Jamis as a quality MTB brand providing great bikes at prices much lower than those of their major competitors.

To put it simply, Jamis has always provided a great bang for your buck.

But I’ll confess something else: I thought I had them pegged. I’ve kept an eye on Jamis every year at Interbike and Outerbike, and I thought I knew what to expect from them. So when my head whipped so fast it gave me whiplash as I walked by their tent at Outdoor Demo, I was pretty surprised. And a little jaw-dropped. Catching my eye was the brand-new Defcon 1. 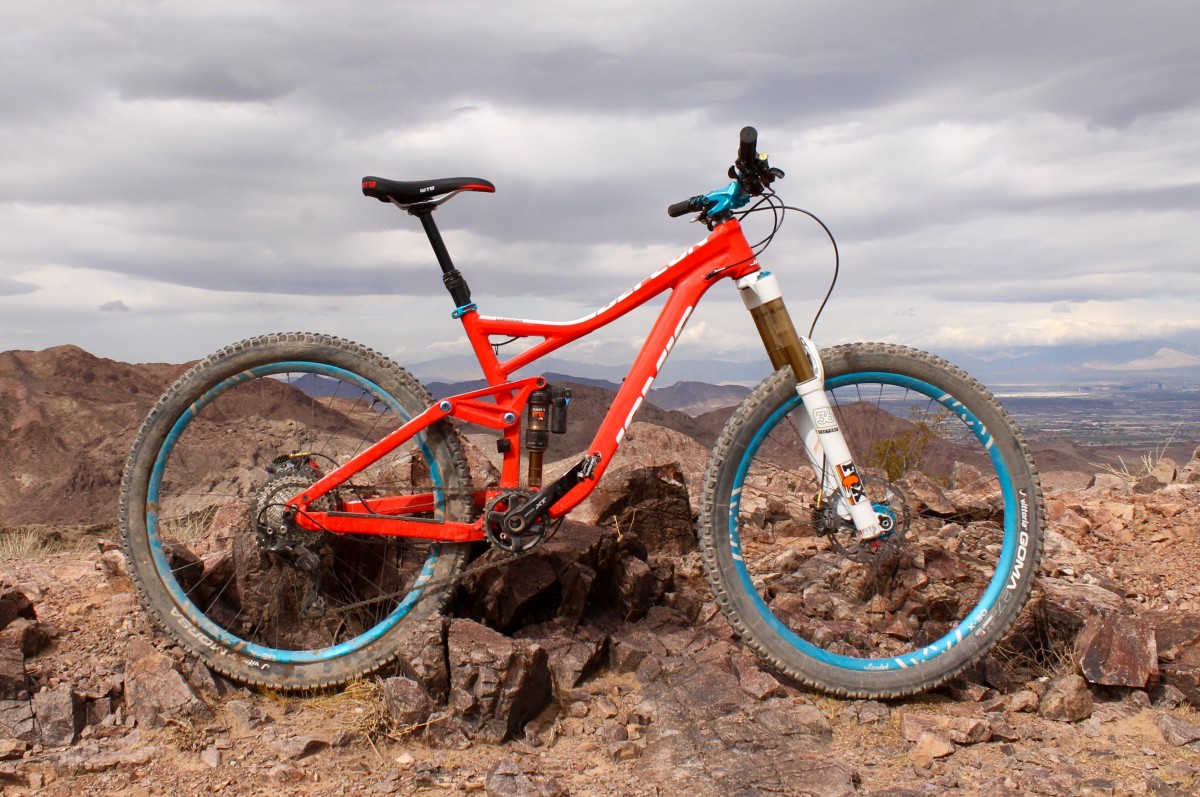 Now granted, plenty of other brands have burly 6-inch-travel 27.5″ enduro bikes in their lineup. But seeing Jamis step up and release an all-new, no-holds-barred enduro rig with a bomber parts spec is impressive. This bike, based on spec and my test ride, could go toe-to-toe with any enduro rig out there.

The Defcon 1 sports an all-aluminum frame and an uber-burly parts spec, but still only tips the scales at 30.75 pounds, and the cash register at $4,899–impressive. For an even more impressive weight and price, be sure to scroll down and read more about the Defcon 2. 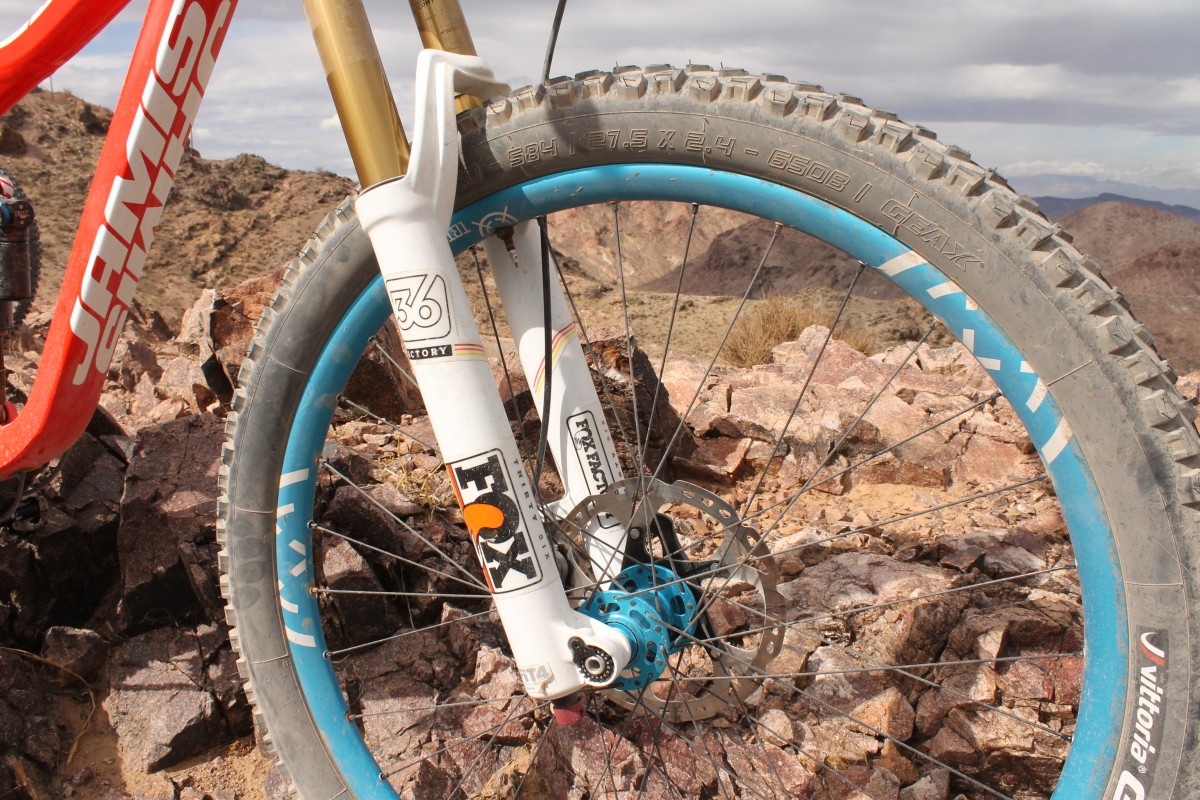 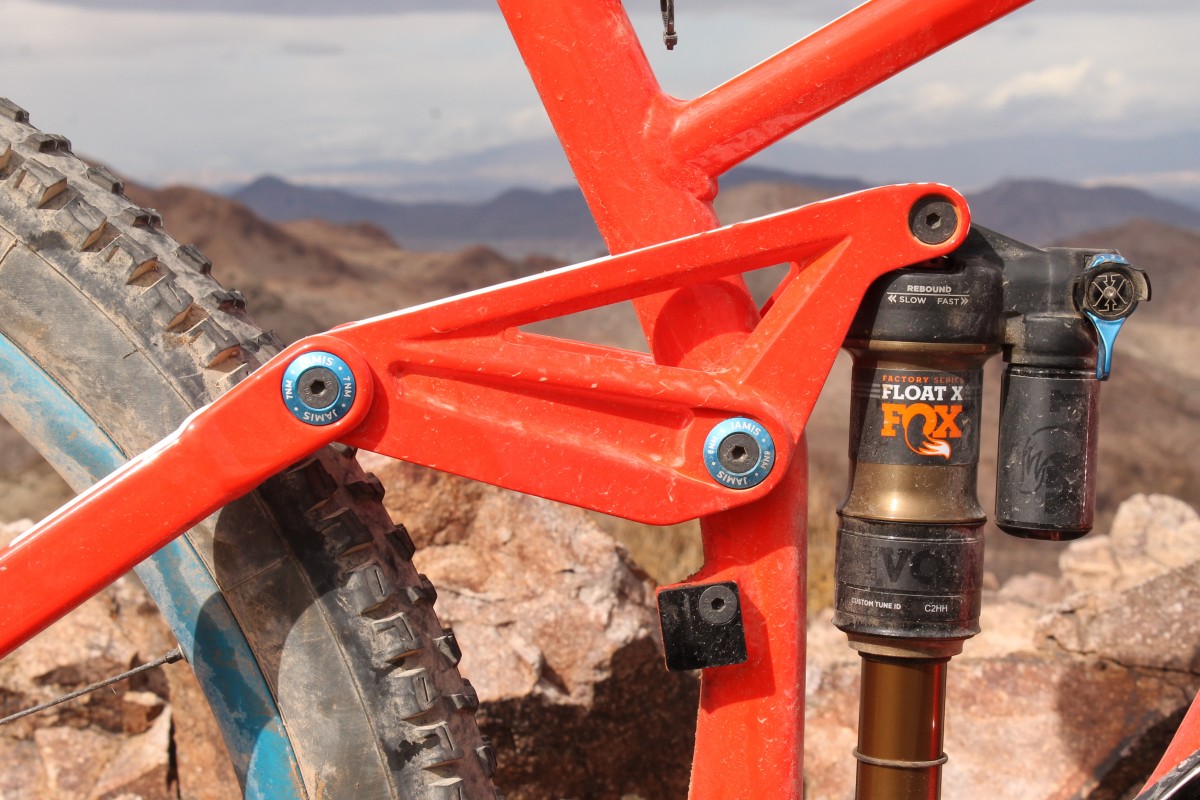 According to Jamis, the Defcon is the first bike (and Jamis is currently the only brand) to feature Loaded Precision parts as an OE spec. And we’re definitely fans of Loaded Precision gear here on Singletracks. Based on my conversation with Jamis, it sounds like some dealers, especially on the East Coast, are a little skeptical about Loaded due to their unfamiliarity with their products. Are you unfamiliar with Loaded and unsure about their quality? Let me clear it up for you, with these past Loaded reviews:

To put the Jamis’s burly build to the test, Aaron and I caught a shuttle to the top of the mountain and dropped into the chunky DH run. With ledges, rock gardens, and jumps spread throughout, this was the perfect testing ground for the Defcon 1. 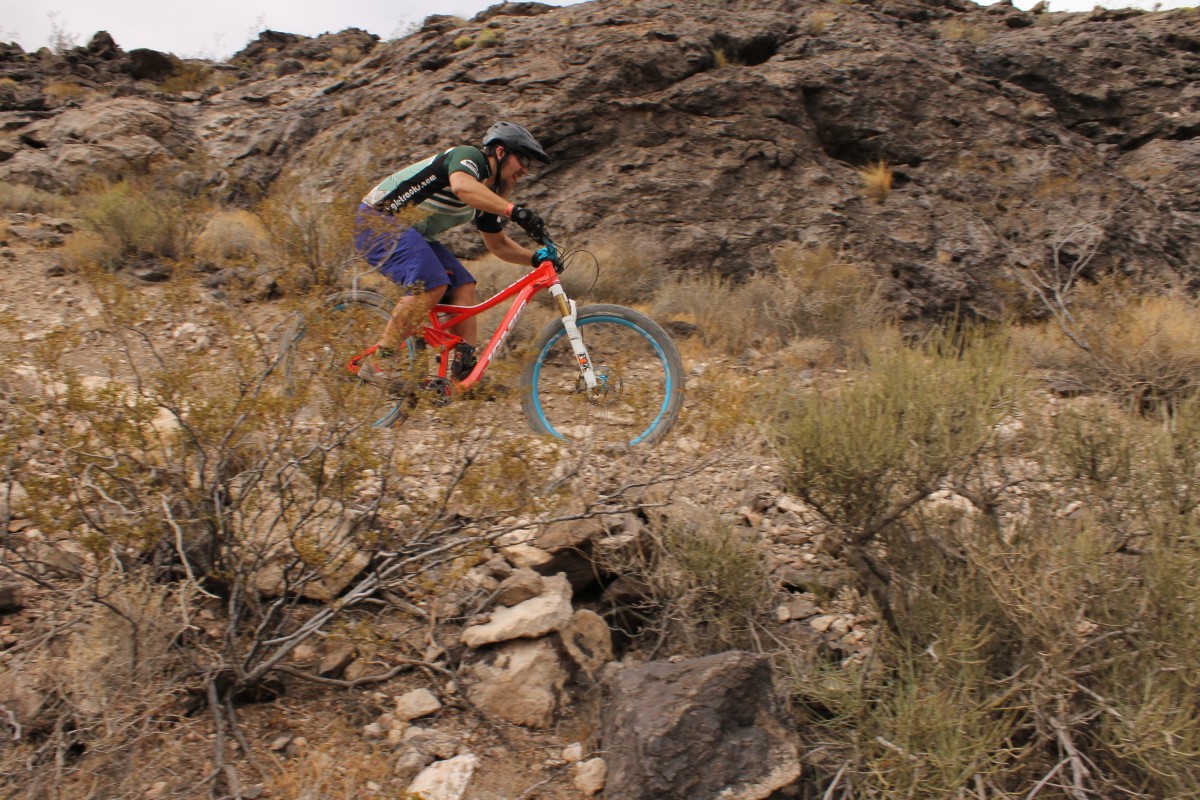 Wait, I take that back: the trails we rode were chunky, but they weren’t chunky or fast enough to truly challenge the Defcon. Every trail obstacle I encountered felt like an absolute cake walk. The Defcon scoffed at the trail, saying, “seriously, is this all you’ve got? I’ll just BRAAP all over you and use maybe half of my suspension.” Drops, jumps, chunk, slow speed maneuvers, high speed sections–everything was handled extremely easily.

I didn’t spend a ton of time pedaling uphill, but when I did, the Defcon was definitely capable with its sub-31-pound weight. If you’re in for a long, grinding climb, make sure to utilize the three different settings on the Fox suspension, and either put it in Trail for singletrack climbing or lock it all the way out for a long dirt road grunt to access the goods. 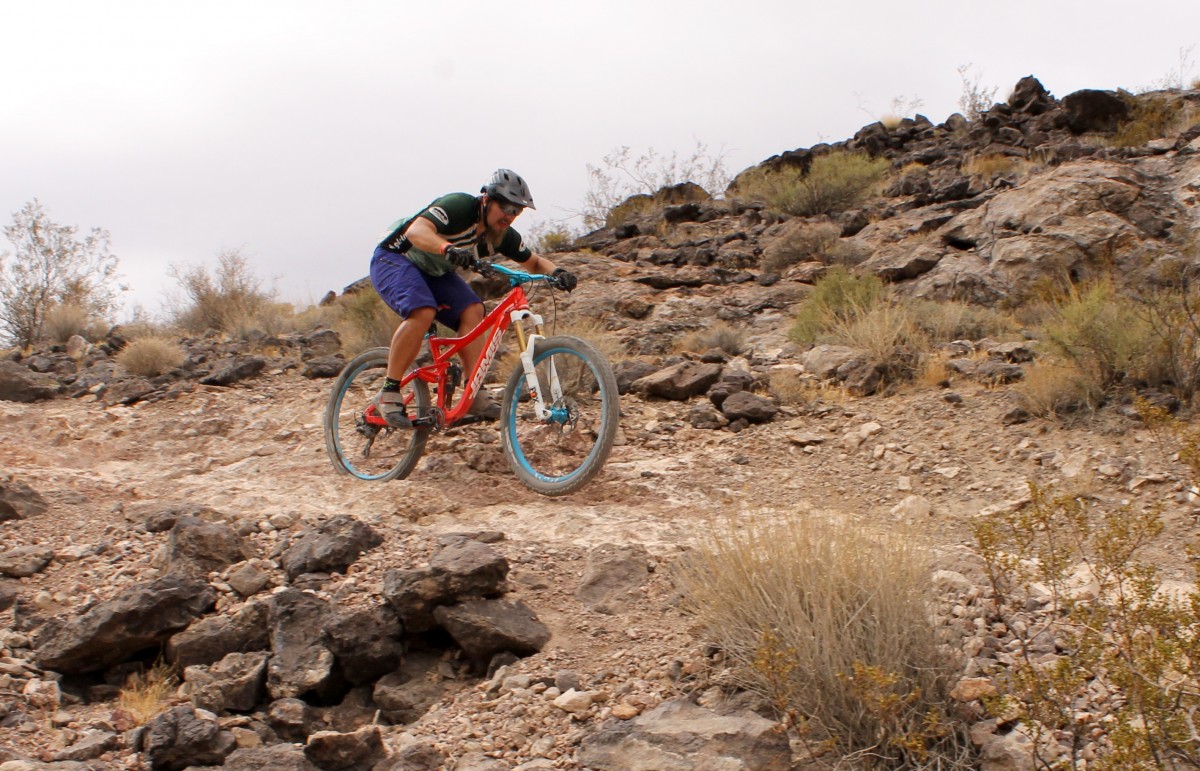 If you’re looking for a no-holds-barred enduro bike, with the best of the best components that won’t break the bank, the Defcon 1 is worth a very hard look. If you can get over your carbon lust and realize that at 31lbs, this is as light as most enduro bikes out there, you may have just found one of the best deals on an aggressive enduro bike on the market.

Yes, I just asked if you want a lighter bike for less money.

Then keep reading to learn about the Defcon 2 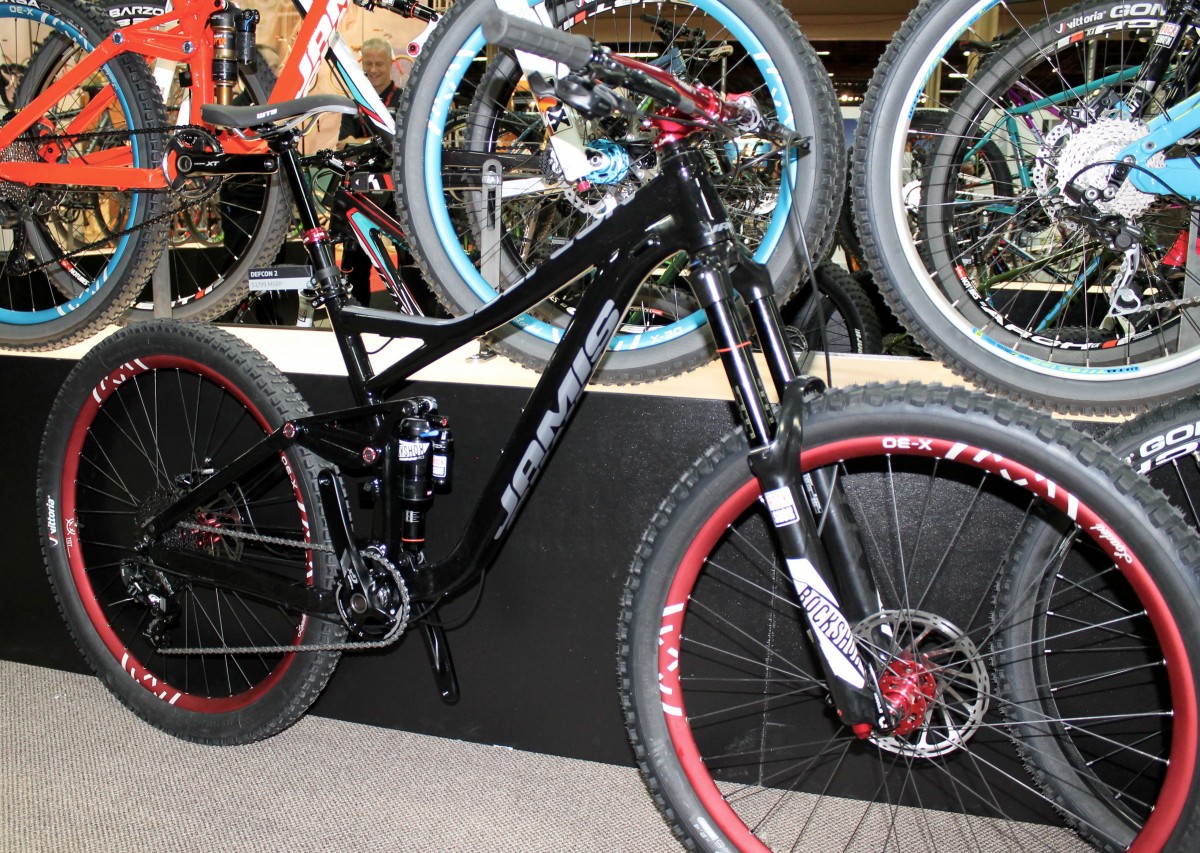 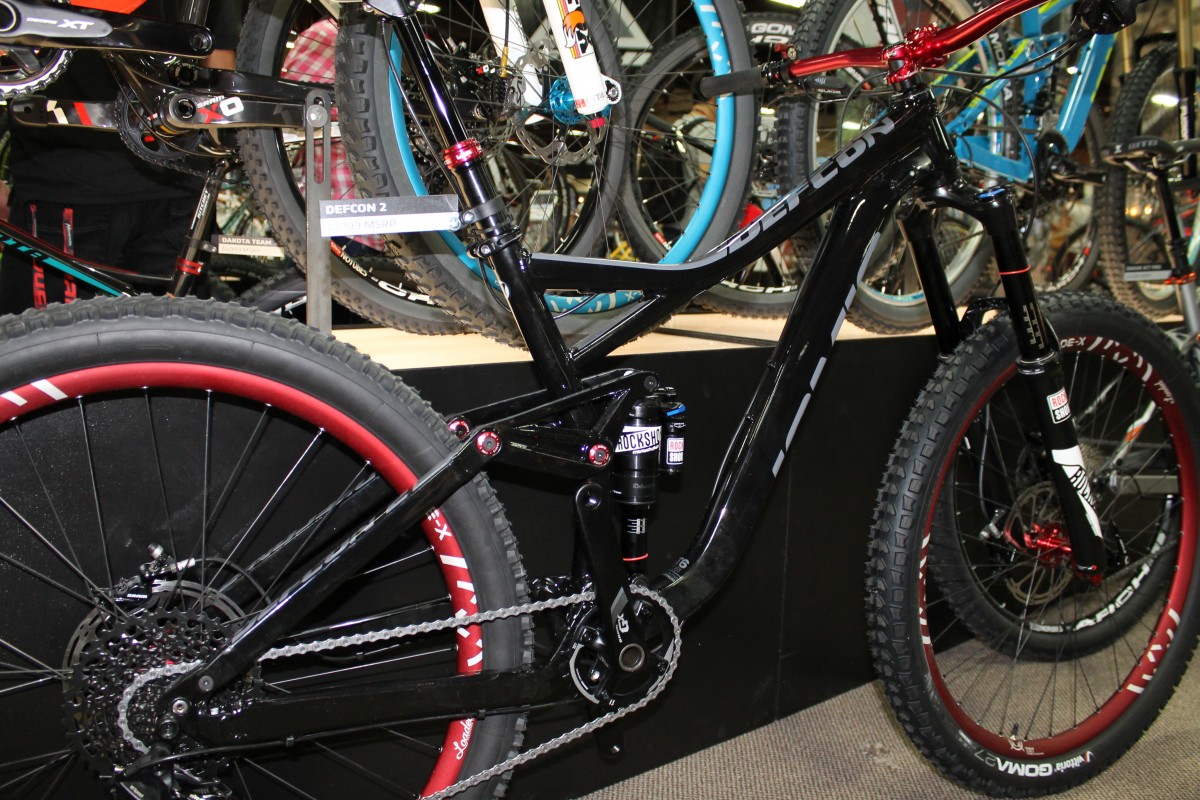 How in the world does Jamis do this?

It’s all in the parts spec.

The Defcon 2 parts spec still features great choices, but they’re lower cost and lower weight. Normally those two don’t go together, but they do when the burliness factor is diminished. If you want the burliest bike possible, the Defcon 1 is the rig for you. But if you want a reasonably-burly bike but don’t need the gnarliest of the gnar, these components should do it for you.

Here are the major changes:

The 2’s suspension consists of a RockShox Pike RC 27.5″ 160mm fork up front and a RockShox Monarch Plus RC3 Debon Air shock in the rear. According to Jamis, running the Pike VS the Fox 36 saves a significant amount of weight. A SRAM GX 1×11 drivetrain handles suspension duties, SRAM Guide brakes stop the bike, and a KS Supernatural seatpost drops the seat. 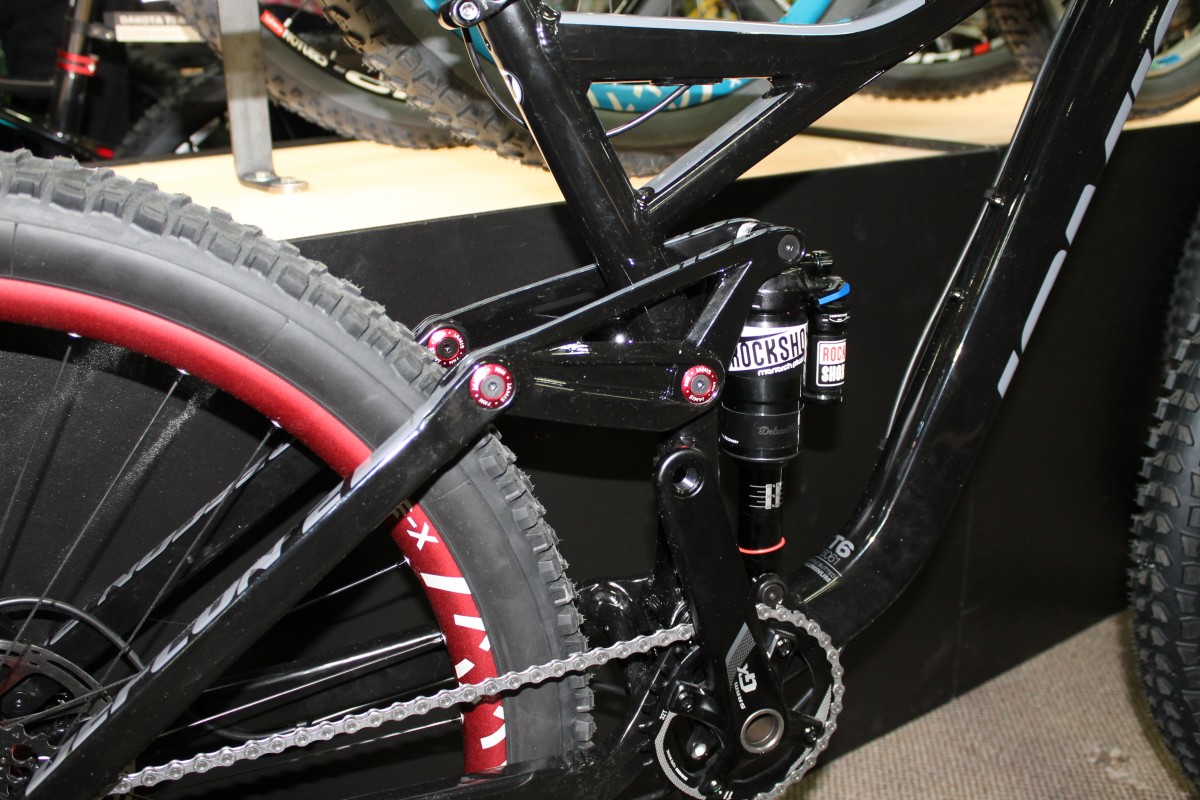 Honestly, these are the types of components I’d run on my bike. The Fox 36 is sweet, but the Pike is hardly a compromise. The GX drivetrain and Guide brakes might be more affordable than the XT 1×11 and Saints, respectively, but again, these aren’t really compromises. I’ve been blown away by the performance of the GX drivetrain, and Guide brakes have changed the way I look at SRAM brakes.

Long story short, if you have the cash and you want to ride near-DH-quality trails, get the Defcon 1. Want to save some cash, save some weight, and make virtually no compromises in component spec? Get the Defcon 2.